Stampede week is always full of strange things; it is the nature of living in a city with a ten-day party going on. Usually there are at least a few people passed out in the green space behind our house or in the alley, which incites my personal grim game: Dead or Drunk? I usually try to note how long someone is lying there and in what position, hoping to determine from a distance which one it is. Happily it’s always been Drunk, although I once called the police as a fellow was passed out in his parked car behind our house for several hours. It was a bit too long for my comfort, but it turns out he was just sleeping one off before driving home, which is the responsible thing to do, I guess.

But this week – perhaps due to the cool weather – there have only been one or two such episodes, although the week itself has not been without incident. For example, I was walking Barkley and a fellow asked me for a light. Then, perhaps to clarify, he said a cigarette lighter? No sir, I do not. I didn’t think I fit the profile of a smoker, but my husband thought perhaps the gentleman was trying to strike up a conversation with me, nifty number that I am. Forty-something suburban mom, walking her labradoodle, wearing a t-shirt with Namaste written on. Then shortly after that I noticed a fellow riding what appeared to be a ten-speed bike locked into the most difficult gear possible, pumping his legs with serious effort on our perfectly flat street. Maybe he was getting exercise as I saw him five minutes later on the street going in the other direction. Of note: he was wearing a down jacket and a toque, and although, like I said, it has been cool, it is not THAT cool.

Speaking of labradoodles, I had dropped Barkley off at doggy day-care on Wednesday; when I came to pick him up the girl told me that there was a chocolate doodle gang that day. Apparently there were three nearly-identical brown labradoodles at the day-care. Two things: a) it definitely WAS Barkley I picked up, and b) I really enjoyed her usage of the term “gang.” That must have been the cutest, most non-threatening gang ever: immensely fuzzy gang members who are constantly pressing up against peoples’ legs in order to get extra pats and snuggles, all of them obsessed with food.

I used the doggy day-care because I had decided that the boys and I needed a day in the mountains, and what a fun day it was. We hiked up Sulphur Mountain, a 5.5 kilometer hike with 744 meters of elevation gain; Barkley is too old and arthritic to even consider such a thing. Frankly, I was concerned that I was too old and arthritic for such a thing, but it turned out great; my hip held up perfectly with no pain whatsoever. The boys impressed me with their cardio strength and enthusiasm, even if they did talk constantly about YouTubers, lame video games, and how much Li’l Pump sucks. Who’s Li’l Pump was my question; I said I was too old to know these things, to which the boys answered that I was LUCKY and they wish they were too old to hear of Li’l Pump. I still have no idea, but I do know that when we are hiking we need not worry about bears as the boys make enough noise talking constantly to keep all wildlife away. 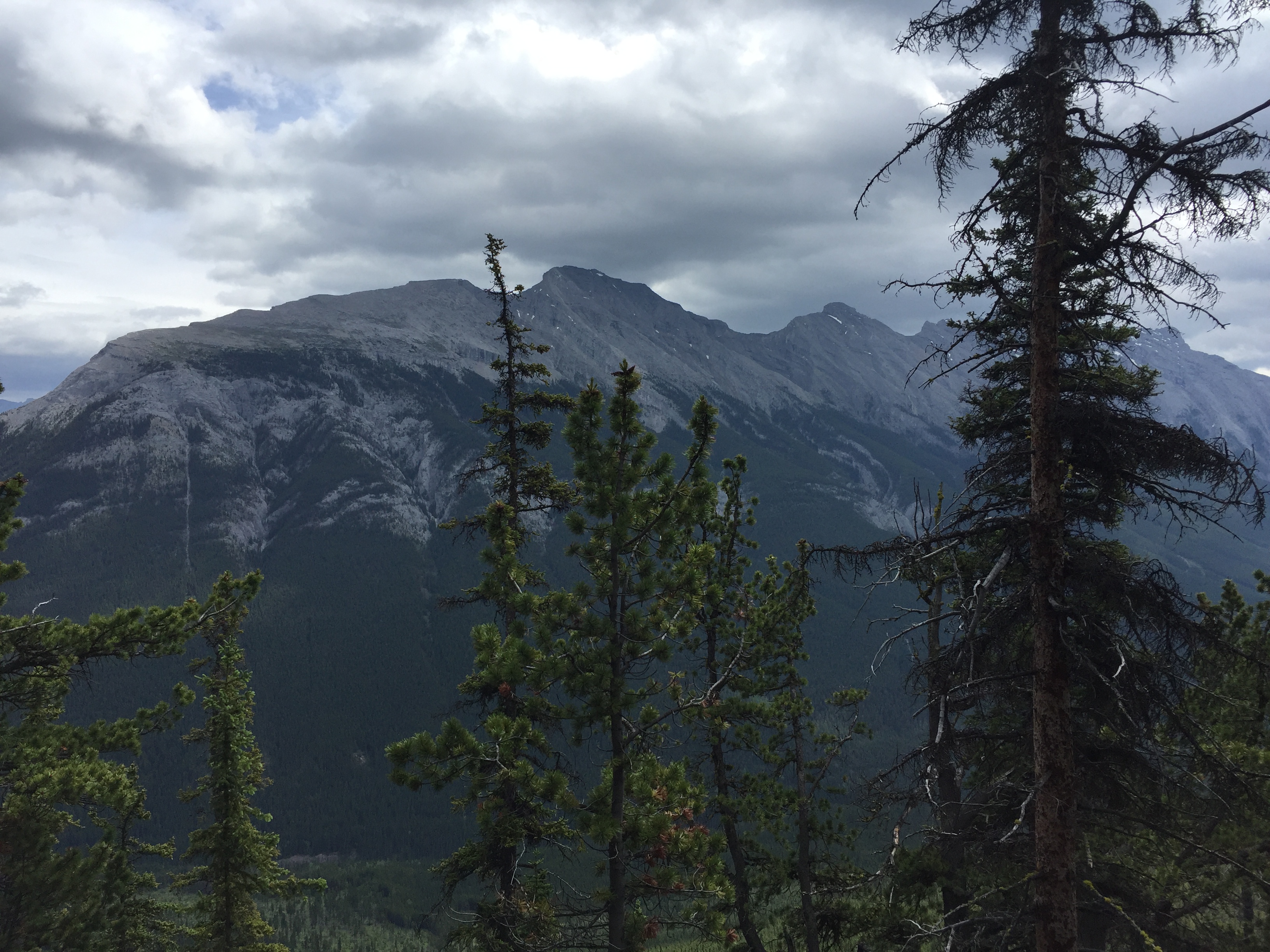 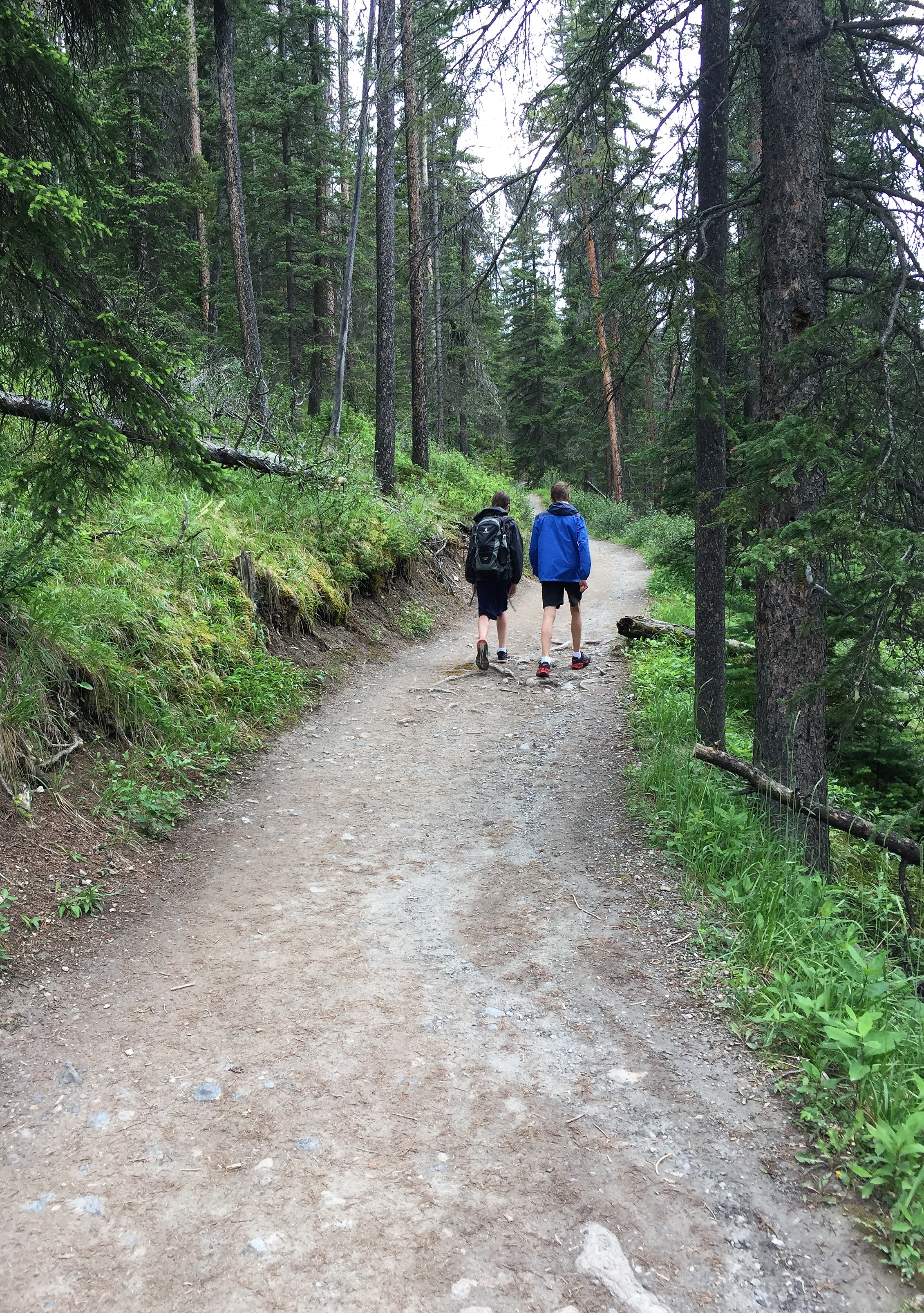 Sulphur Mountain – for those of you who are not local – is a very popular tourist destination as there is a gondola, which makes it a strange experience for hiking. While we were hiking, we saw other hikers maybe every 10-15 minutes, it was – other than the Li’l Pump discussion – quite peaceful. Then, at the top of the mountain, there are literally hundreds of people milling around, all of whom rode the gondola up. The views are among the best in the valley, and so it’s obvious why. We rode the gondola down the mountain – I wanted to make sure I didn’t overdo it on my hip, and I also thought the boys would enjoy it – with a very nice gentleman visiting from Barrie. He couldn’t BELIEVE anyone would hike up when there was a perfectly good gondola. He was going on a helicopter tour the next day, then to Calgary, and then – bizarrely enough – to Grande Prairie. I hope he had friends to visit up there or something, as it seems like not the greatest tourist destination. 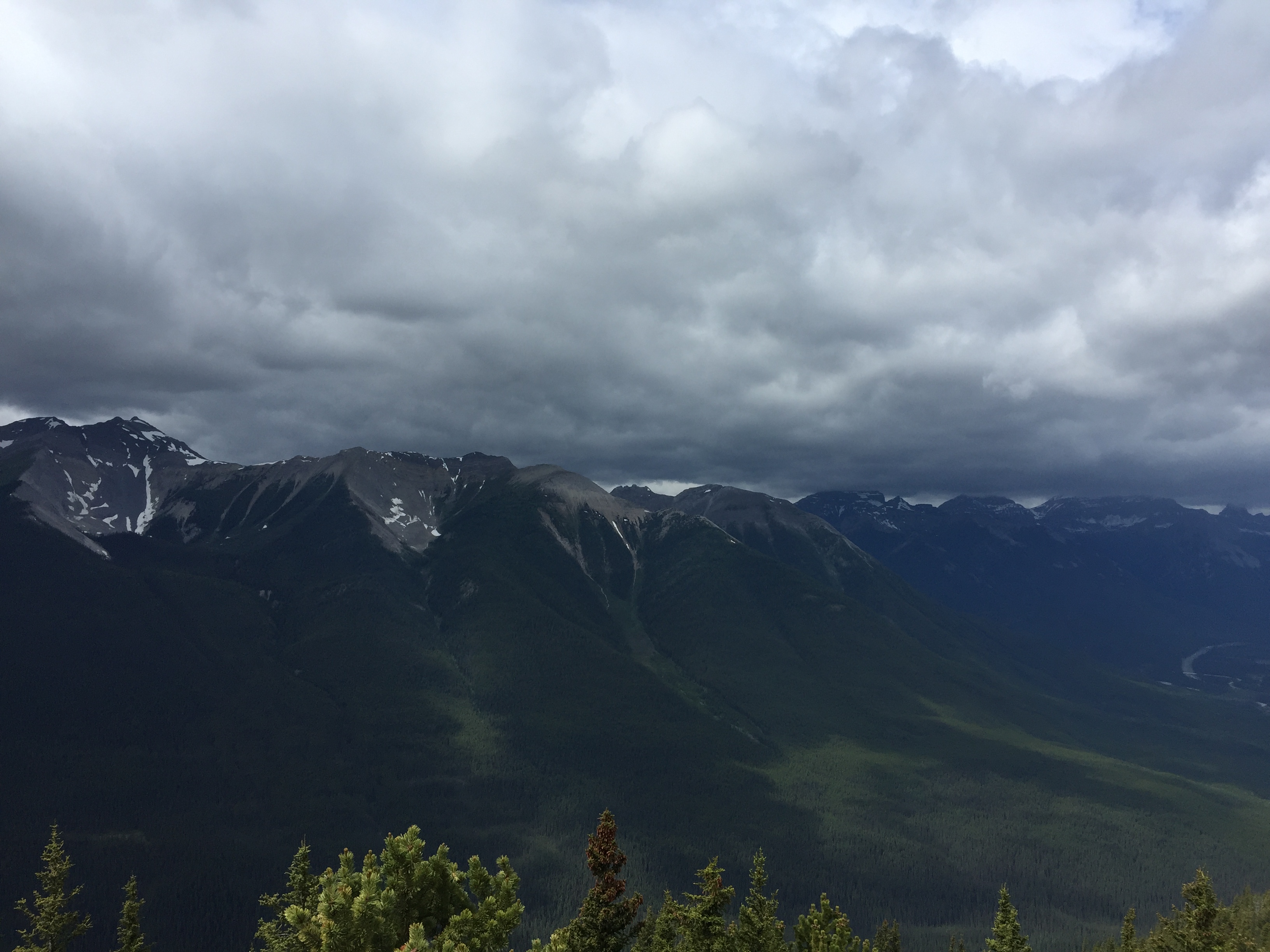 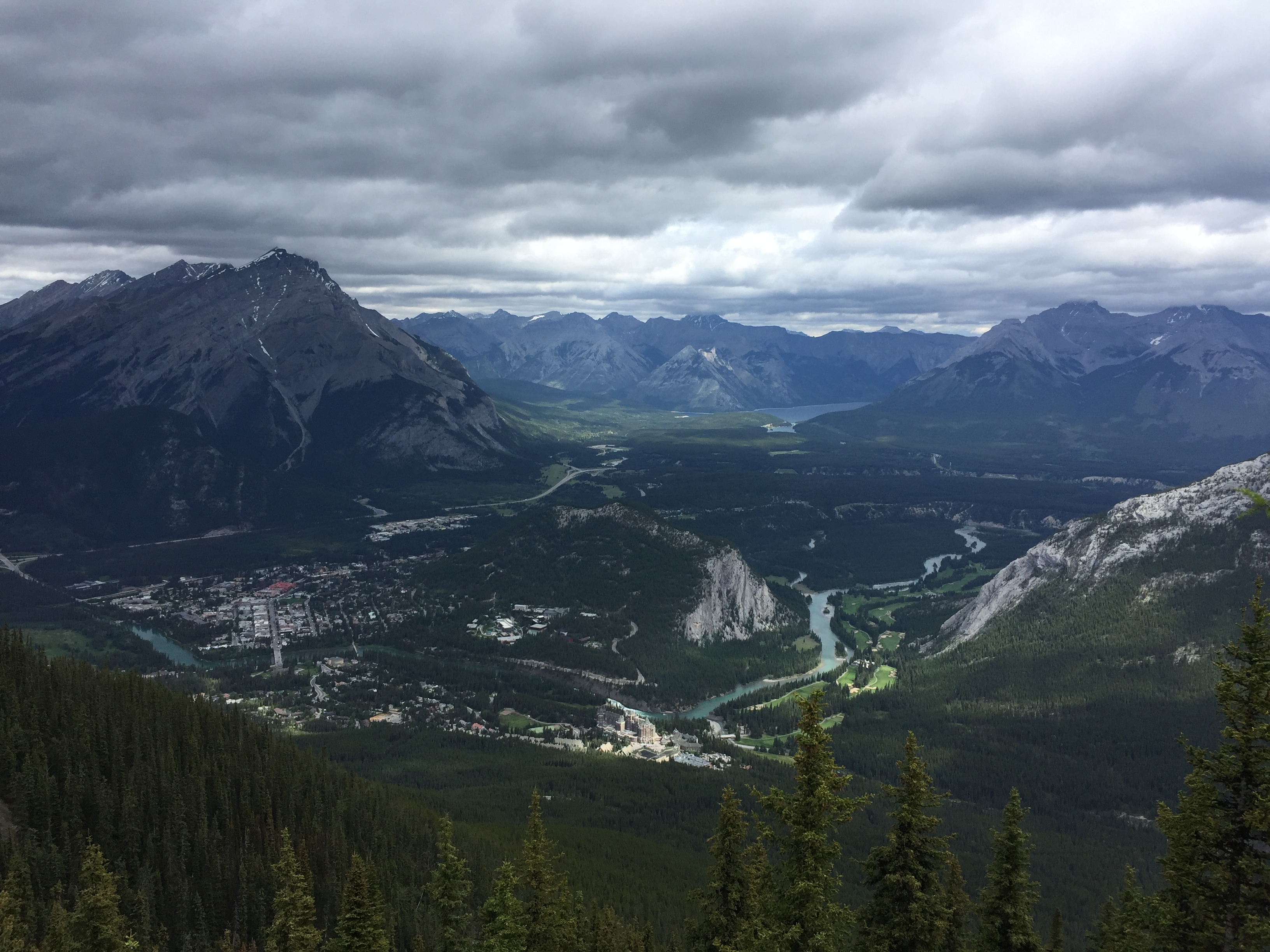 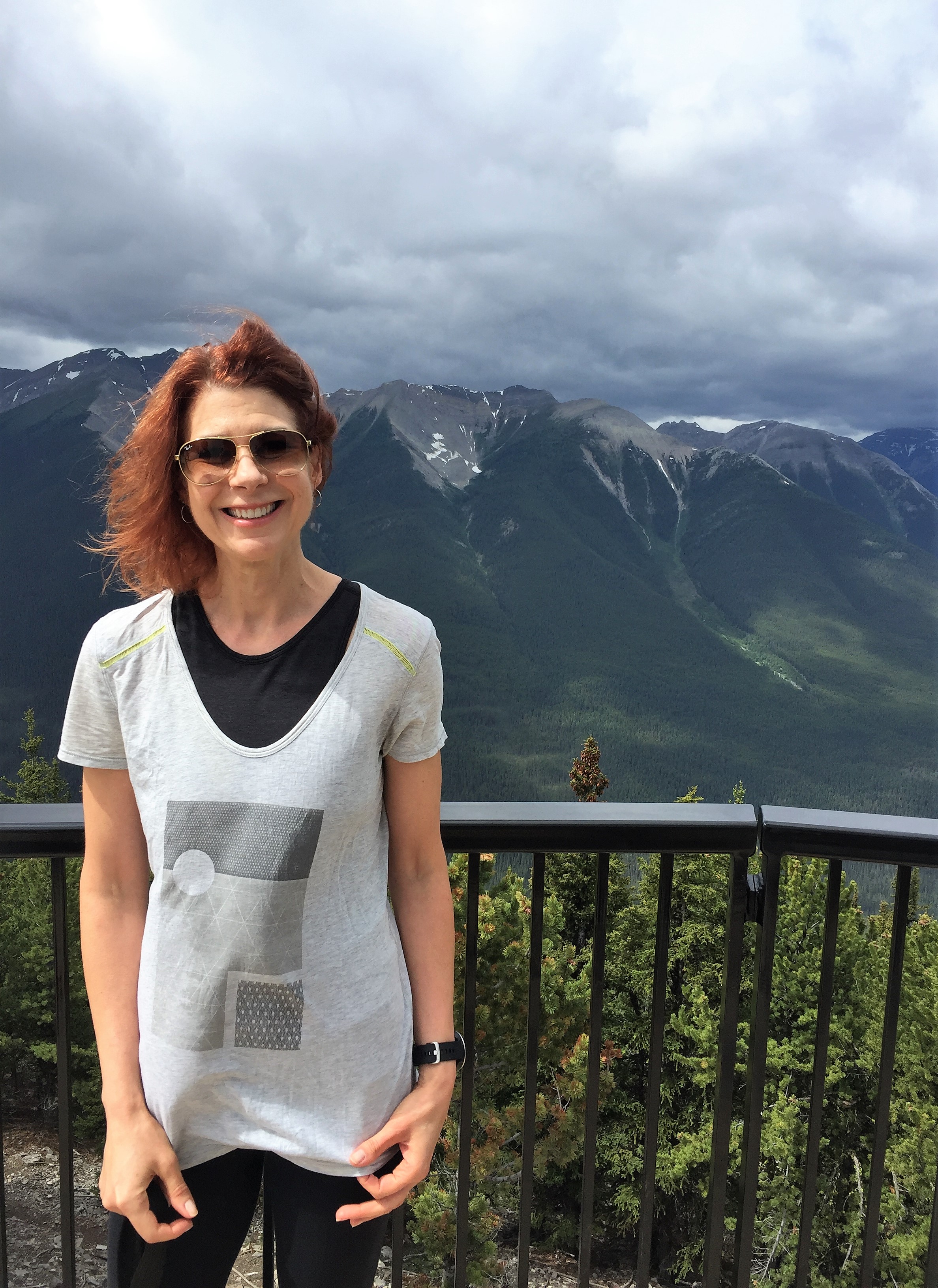 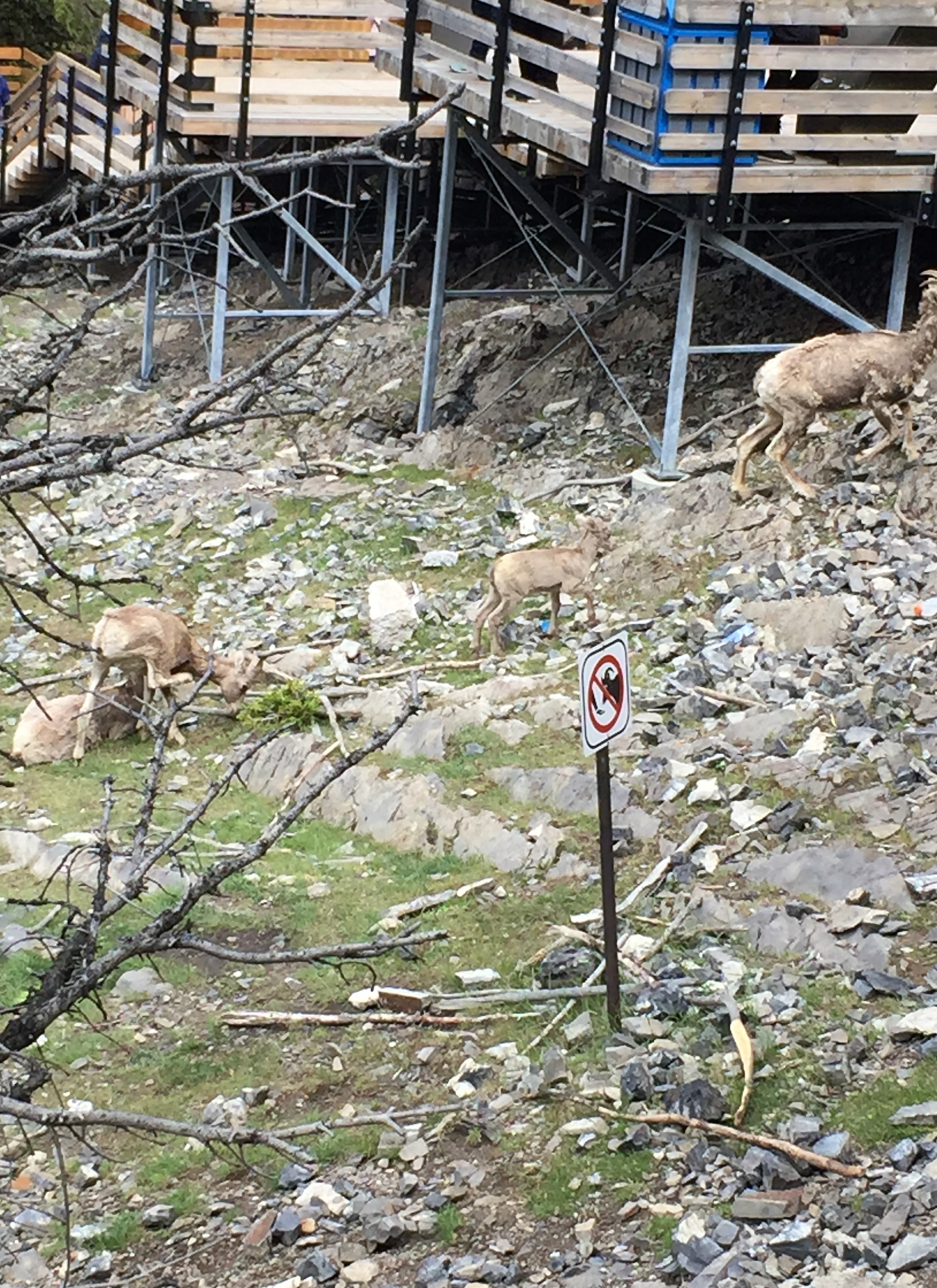 We had a quick soak in the hot springs after our hike; it was quick because the boys had imagined something like the original Cave and Basin, a natural spring in a dark cave, not thinking about the impact millions of nearly-naked tourists would have on such a place. They were disappointed that it was just a pool, but hotter, and one they couldn’t really swim in. Well, I enjoyed it anyway.

Other important things of note: my roses FINALLY started to bloom. This is very late, even by Calgary standards, so I’m enjoying every second of these beauties. Hashtag: stop and smell the roses. 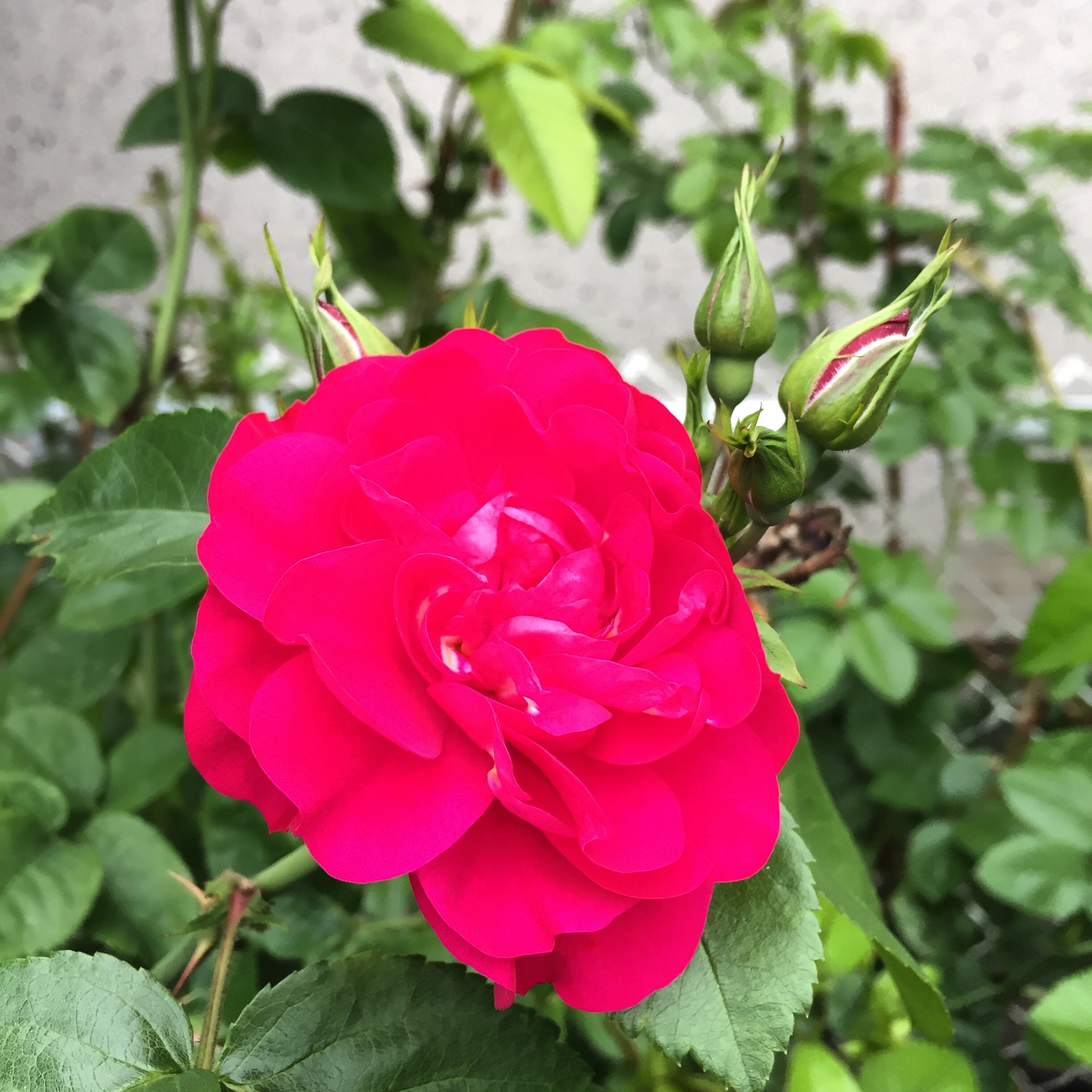 Also of note: remember the passport renewal saga? I have been in low-level anxiety that the one passport would be rejected due to the printer ink, and that I’d have to go through all this bureaucracy a second time, but happily, David the government agent is still error-free. The passports arrived this week, much to my great relief and also amusement, because as I mentioned in my other post, my children look like teenage thugs. Both were in great need of a haircut at the time, and that alongside their psychotic resting faces, well. If you saw them in their photos, you would cross the street, is all I’m saying.

Speaking of haircuts, I took this out from the library and we watched it last night. 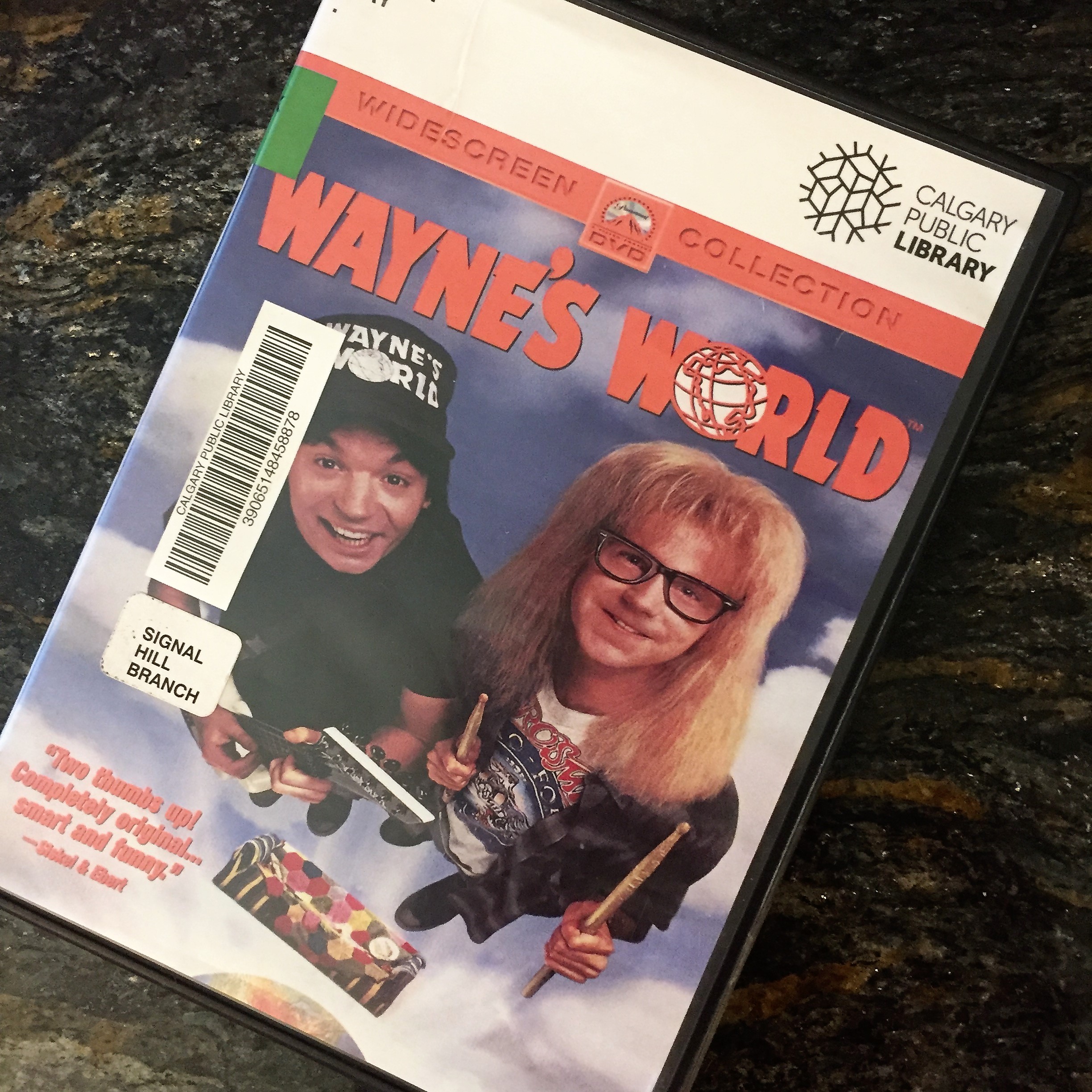 I was surprised how well it held up, considering it’s not any kind of award-winning film. Plus, it’s only about ninety minutes long which is perfect for me.

Tonight my husband and I are going to see Zac Brown at the Stampede grounds, so party on, me. Party on, everyone. xo