Search
Menu
Categories
‹ prev next ›
5
We Were On A Break!; Fourteen Weeks In
June 22, 2020 Nicole Boyhouse Books

One of the worst story lines and subsequent catchphrases that ever came out of a television show was Ross and Rachel’s “we were on a break.” Back my early twenties, when Friends was popular and we all had the Rachel hair style, many, many parallels could be drawn between that show and my life, including but not limited to weird boyfriend possessiveness over academic successes and future careers, breakups and makeups with said boyfriend, jealousy, and the wearing of high-waisted jeans with crop tops. It was a strange time, the Nineties, and when my son watched Friends a few years ago, he agreed that the story line was lame, but pointed out that there were also pet monkeys, many apartment changes, babies that come and go randomly, and the ability to go right up to the gate without actually boarding an airplane. The latter was something that really happened, I told him, to his disbelief.

Last week, we were on a break! We took a road trip to our vacation house, which used to be the Place We Stayed In but due to renovations started last November, that are almost finished, it is now a Vacation House. Honestly, that renovation is worthy of its own post. Previously, the Place We Stayed In had a toilet that flushed maybe a third of the time – at best, usually by the end of our stay it would flush one time in ten – a kitchen that was nearly non-functioning, one bed, located in the TV room, furniture from the 1950s, and a shower that allowed no more than five minutes per use, followed by an hour to drain and reset. The last time we were there, on the last day of our visit during Thanksgiving, the toilet backed up into the shower while I was in it and that was it. The renovations were started.

I am so happy that we spent the money to renovate, because a) who knows when we will go on an Exotic Winter Vacation again, and b) the toilet flushes and we can shower properly now. Who knew how important those things were to our happiness? Plus, a functioning kitchen. 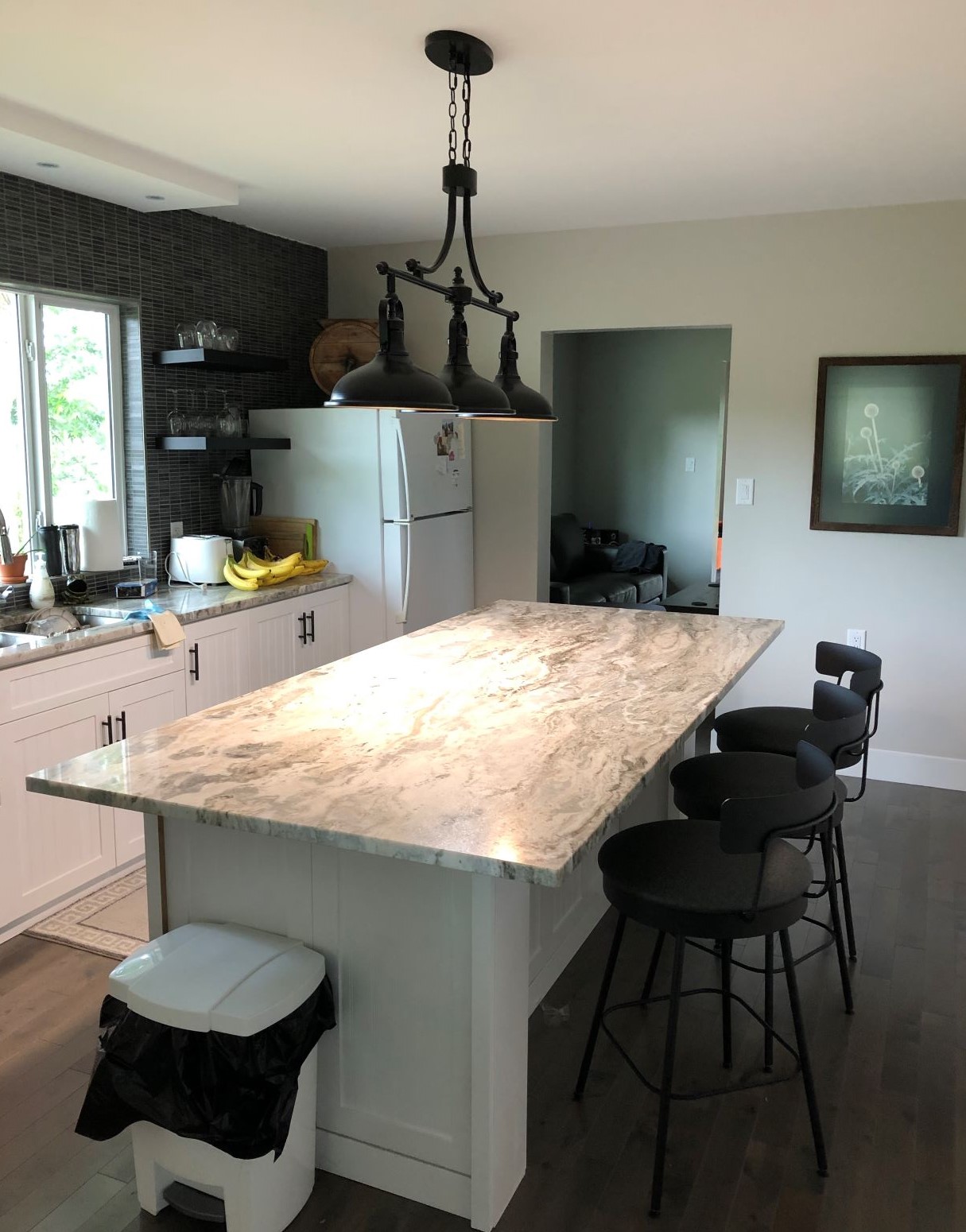 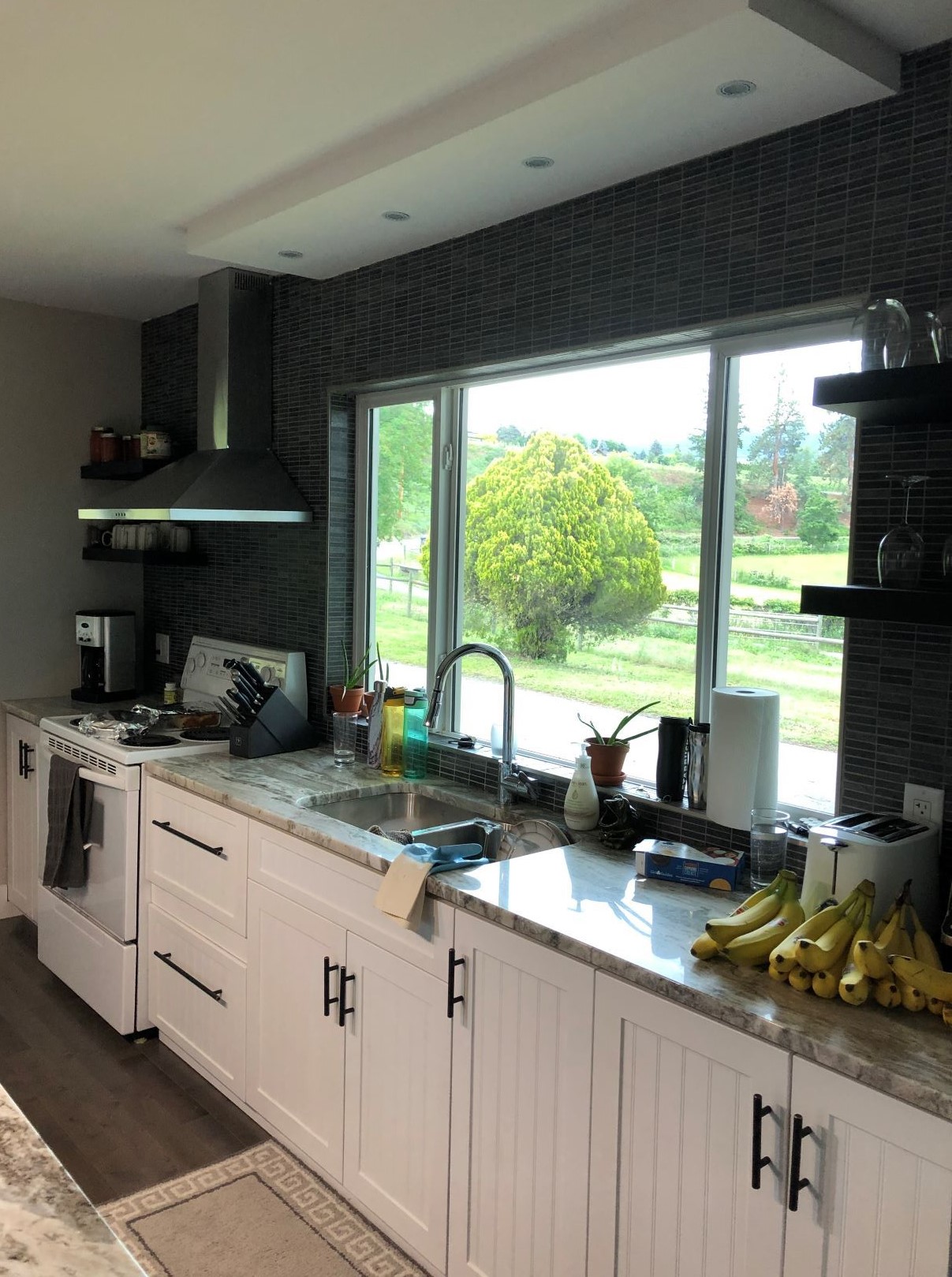 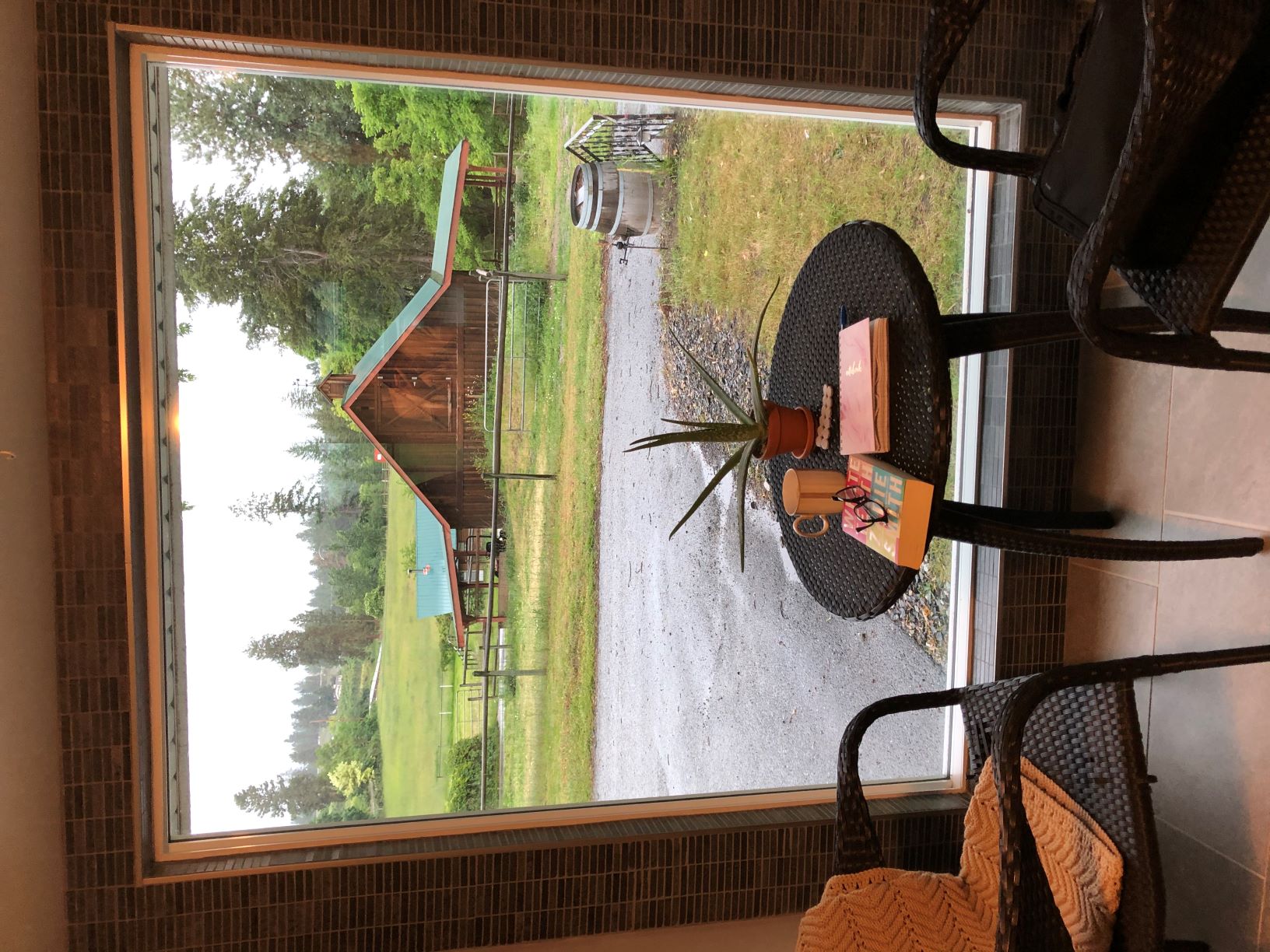 Prepping for a road trip is always a lot of work; prepping for a road trip when you are not planning to go to any stores or eat out at all is something else. I spent weeks making lists about groceries to take, how to keep things frozen and cold for the drive, could we get by with one grocery trip and if so, what was needed, etc. This, in addition to a car full of various housewares, cleaning supplies, dishes, and small appliances that I had been amassing for the Vacation House. Back in November I took advantage of some insane Black Friday sales; some of the new things stayed in our house with our old ones going to the Vacation House, and some things went there. The pile of items to take, that was in my pantry/ storage room at home grew enormous, and now I have that room back.

The kids are officially finished with school now, so it felt like a nice kick-off to what promises to be a strange, but hopefully happy, summer vacation. We had some good quality family time, playing cards and going on hikes and walks. There was one hike that had some pretty tense moments as there was no signage at all and some Discussion about which way to go, a Discussion that did not get better after talking to a man who may or may not have been high, who told us that there was a loop we could do if we followed the path behind him and stayed right. We did that but ended up going at least a half hour in the wrong direction; at one point I had the Gilligan Island theme song stuck in my mind. A three hour tour…would we start having to make radios out of pine cones? We turned around and came back the way we came, got eaten alive by mosquitoes, and when I later remembered later that evening – this would have been good to remember PRIOR to the hike but let us learn from our mistakes – that I had the All Trails app on my phone, I looked at it. There WAS NO LOOP. It was a straight out-and-back and who was that man? Where did he come from?

During the hike the boys had a great time discussing Who We Would Be If We Were On The WWE, the WWE being their new favourite thing, and the debate as to “which one is better, Raw or Smackdown” rages on. They came to the conclusion that my WWE character would be a zen master yogi, and my intro would be Om chants or Indian music while the lights slowly went on to show me in lotus position, meditating. My signature move would be a tree hybrid with my hands in prayer above my head, only to come down in a version of the People’s Elbow or possibly an axe-chop. 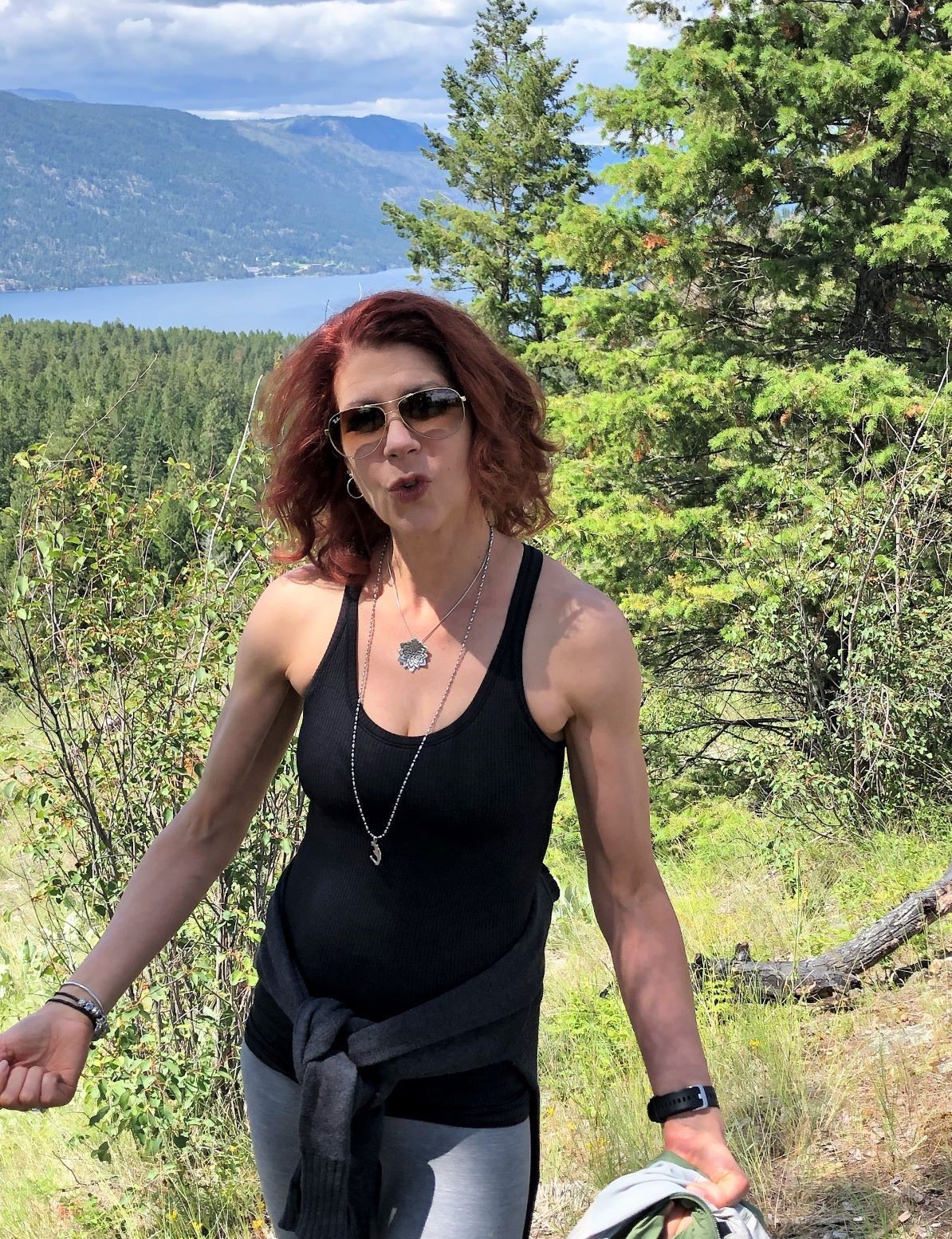 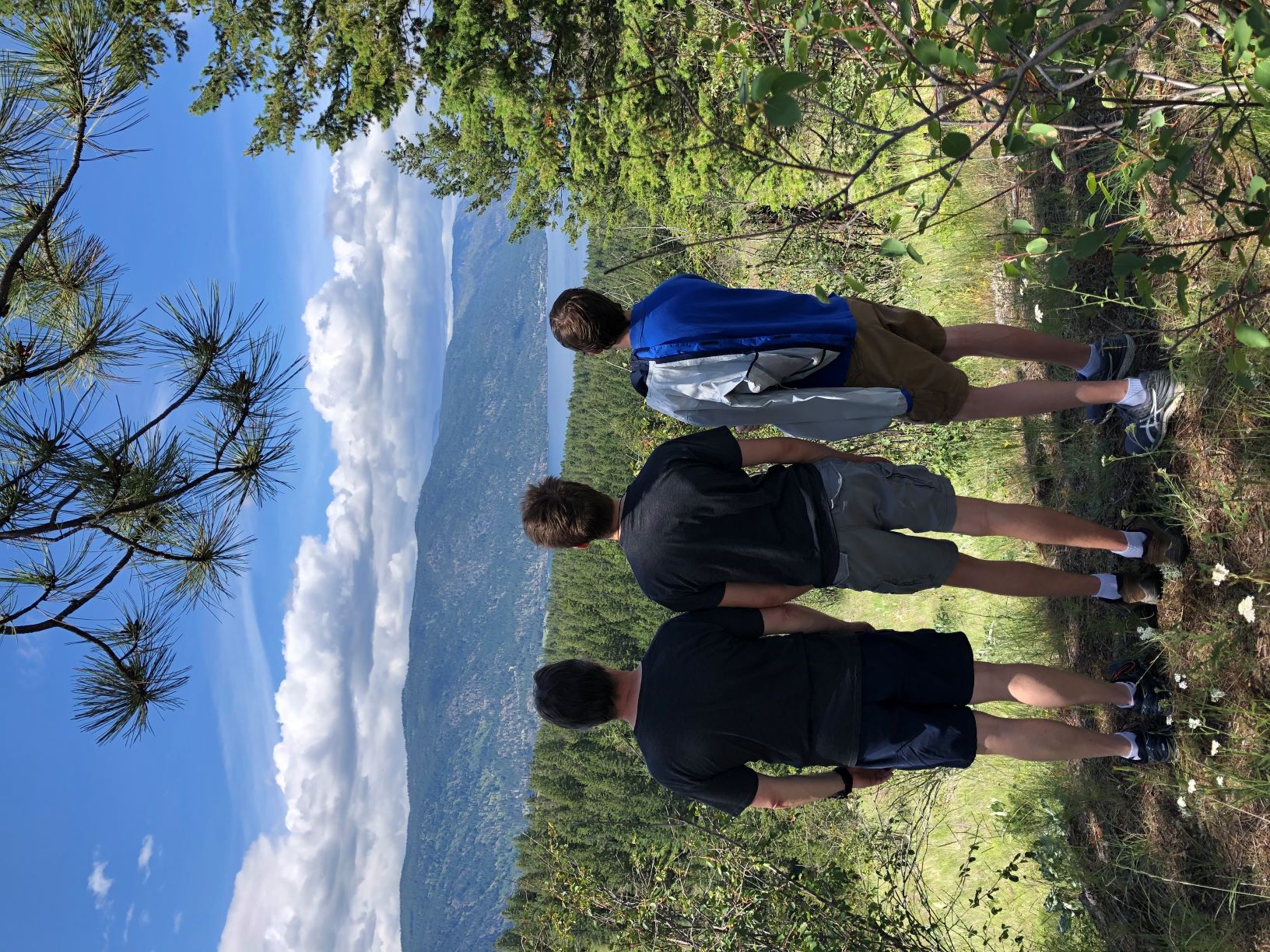 The guys, contemplating life with me in the WWE. 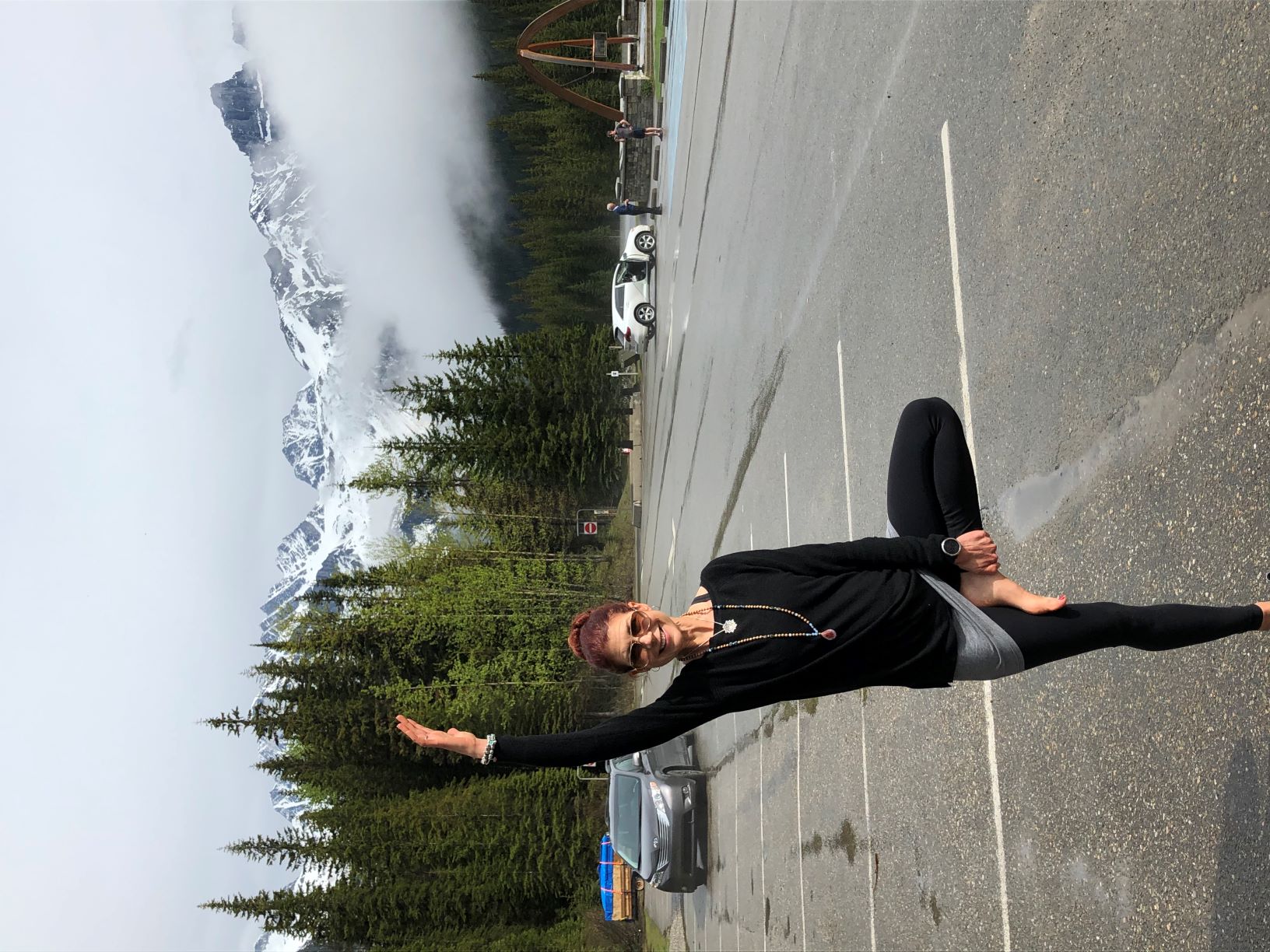 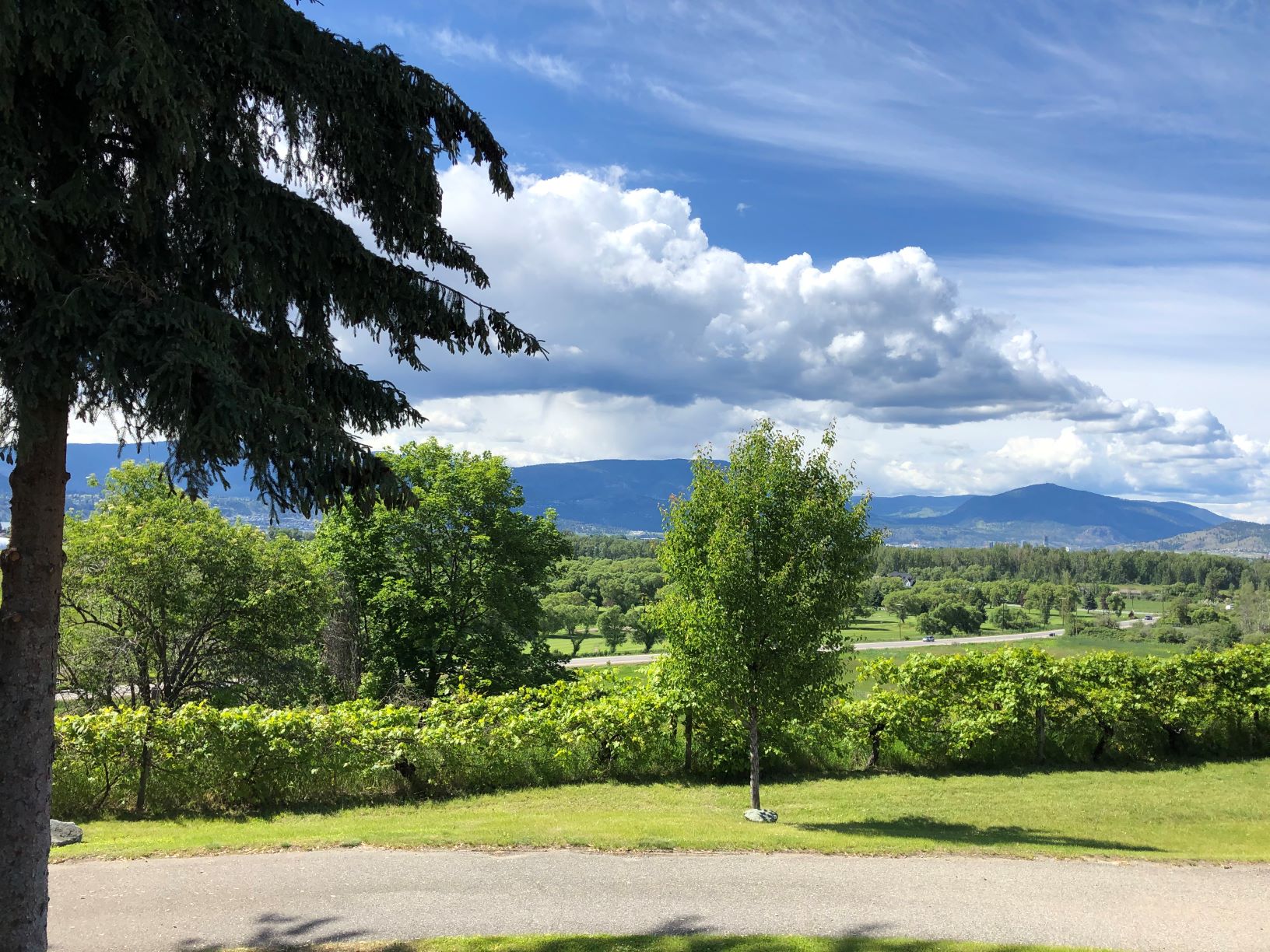 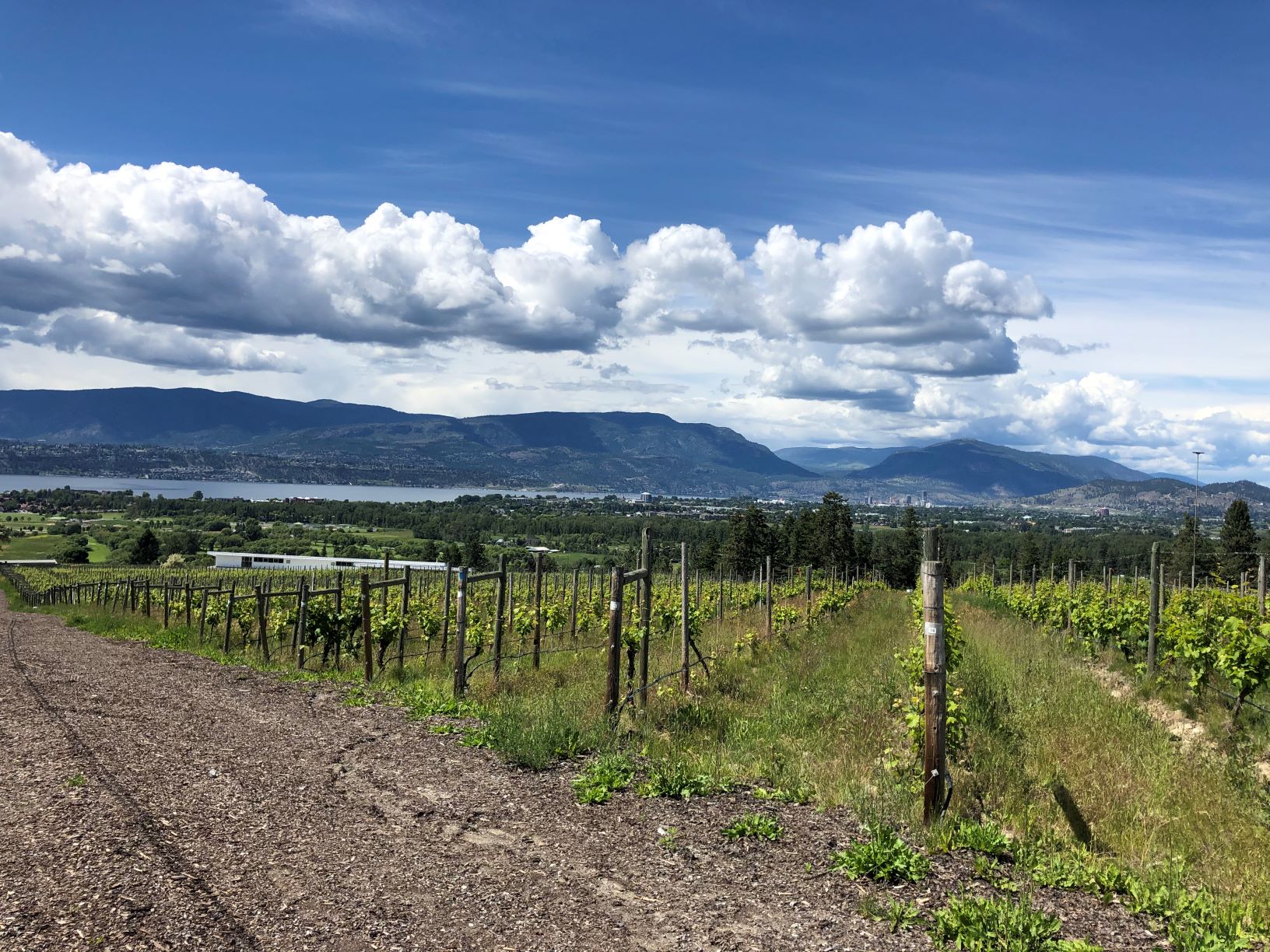 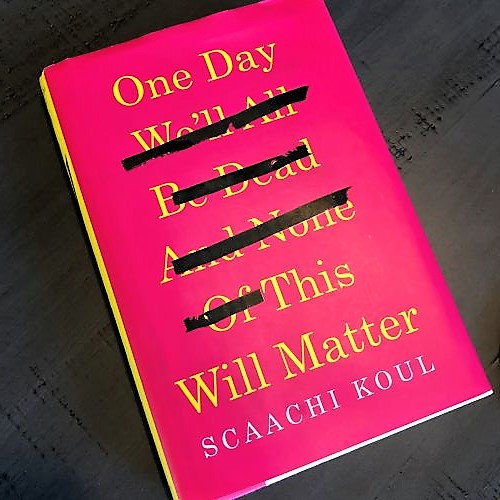 I read this a few years ago and it’s worth a reread. You all know how much I love a good collection of essays; this one is both hilarious and very thought provoking, about life as a woman and as a daughter of immigrants. The stories about waxing and the discovery of a life-changing skirt had me crying with laughter. 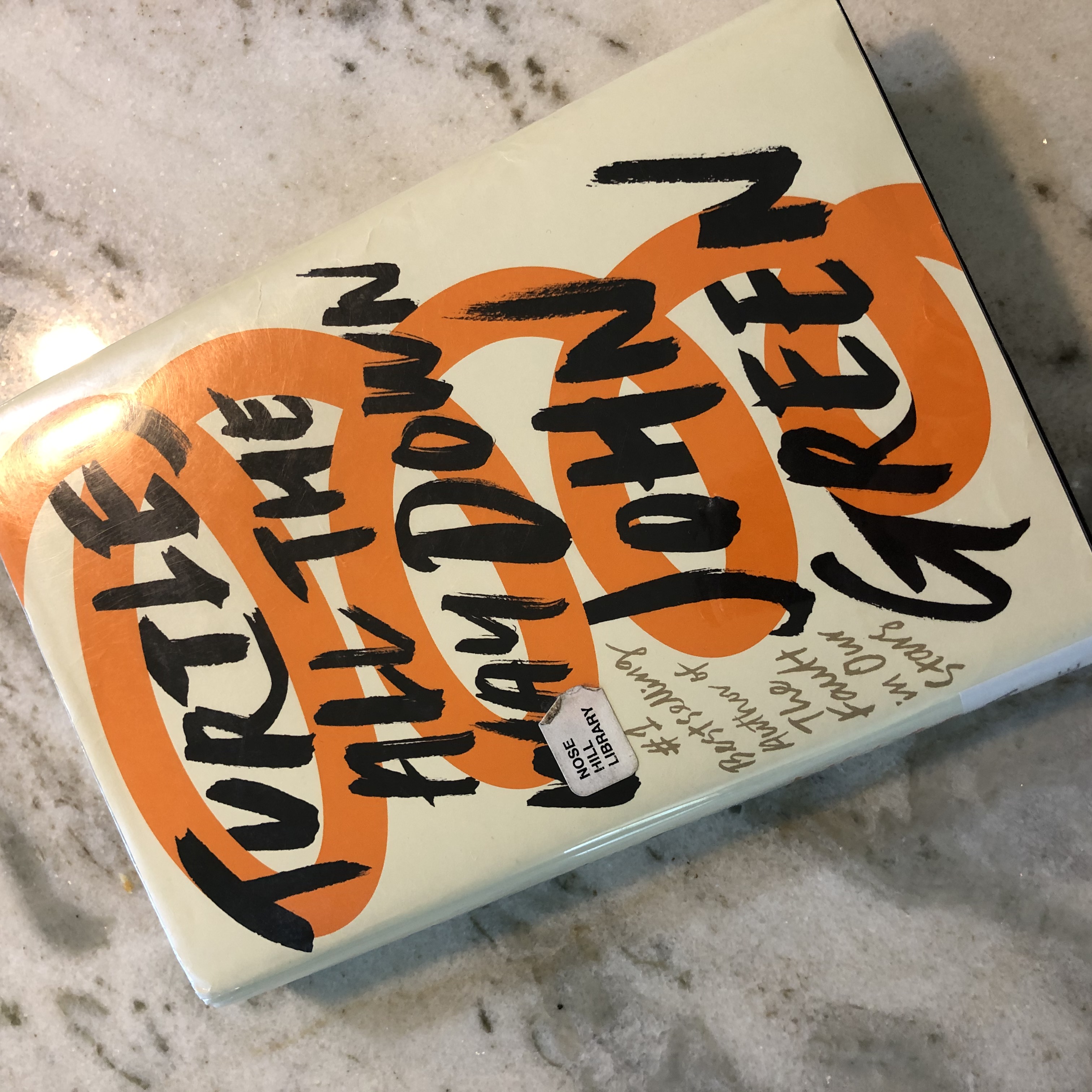 I can’t even begin to say how much I liked this book. It was so well done, and I couldn’t put it down. NOTICE THE LIBRARY STICKER. The library is now partially open; holds are available for curbside pickup. A few of my holds have started coming in and I can’t even begin to tell you how exciting it is.

Since we were in wine country, I drank a lot of wine on our new deck. Related: now that we are home, I am feeling pretty bloated and like I need a whole-body reset. 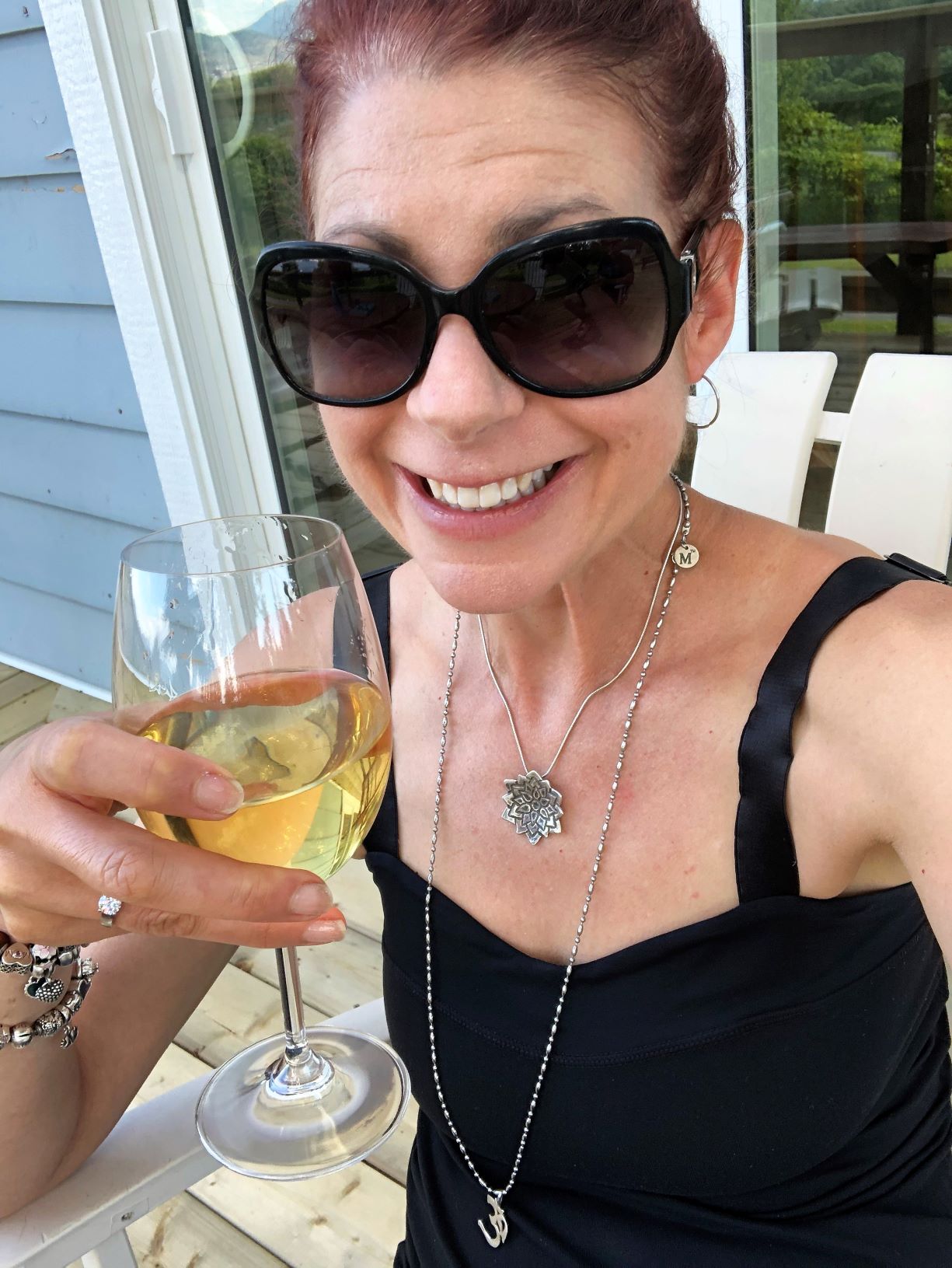 That’s Tantalus wine in my hand. 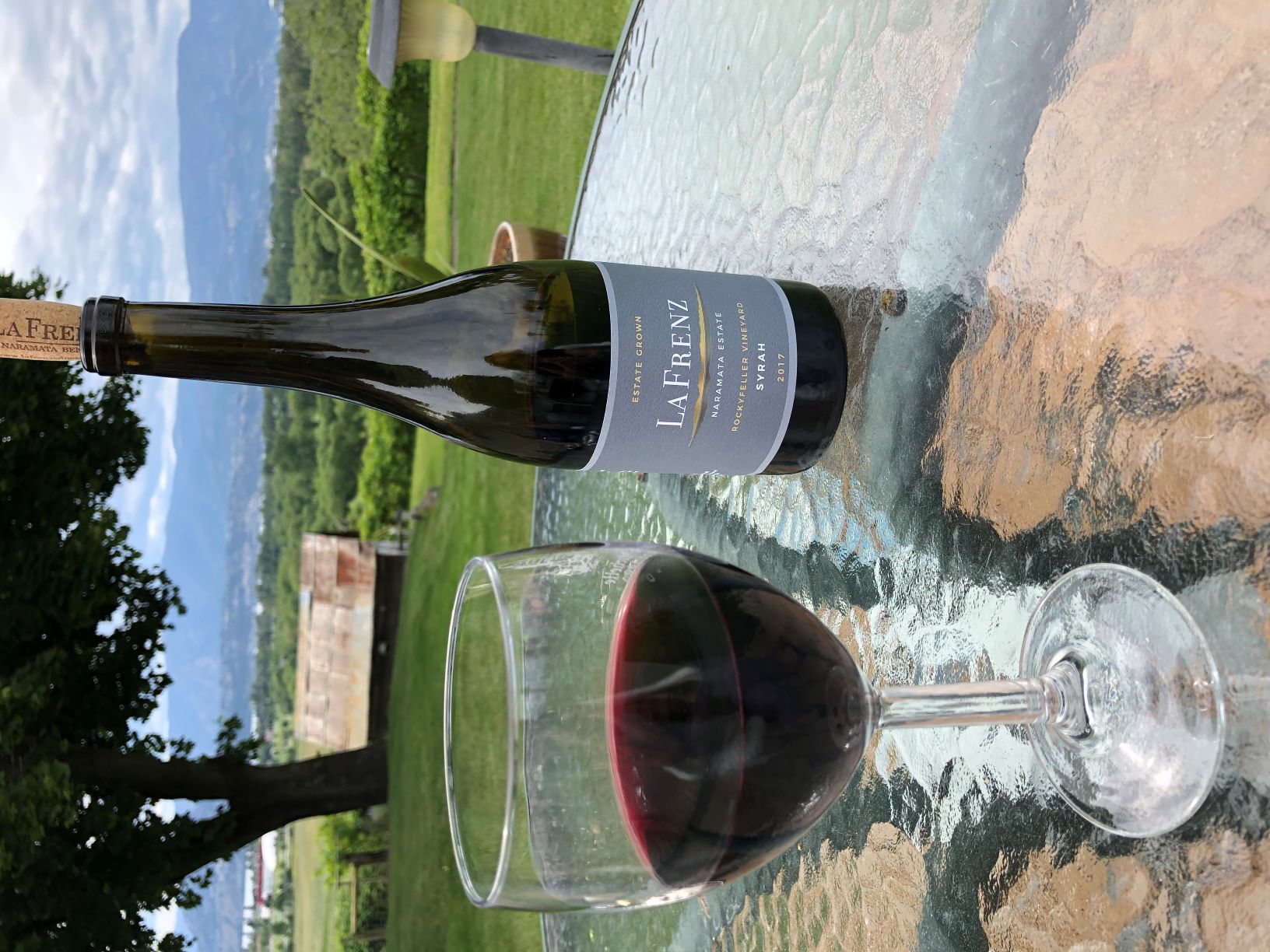 This was probably the best Syrah I have ever had in my entire life. 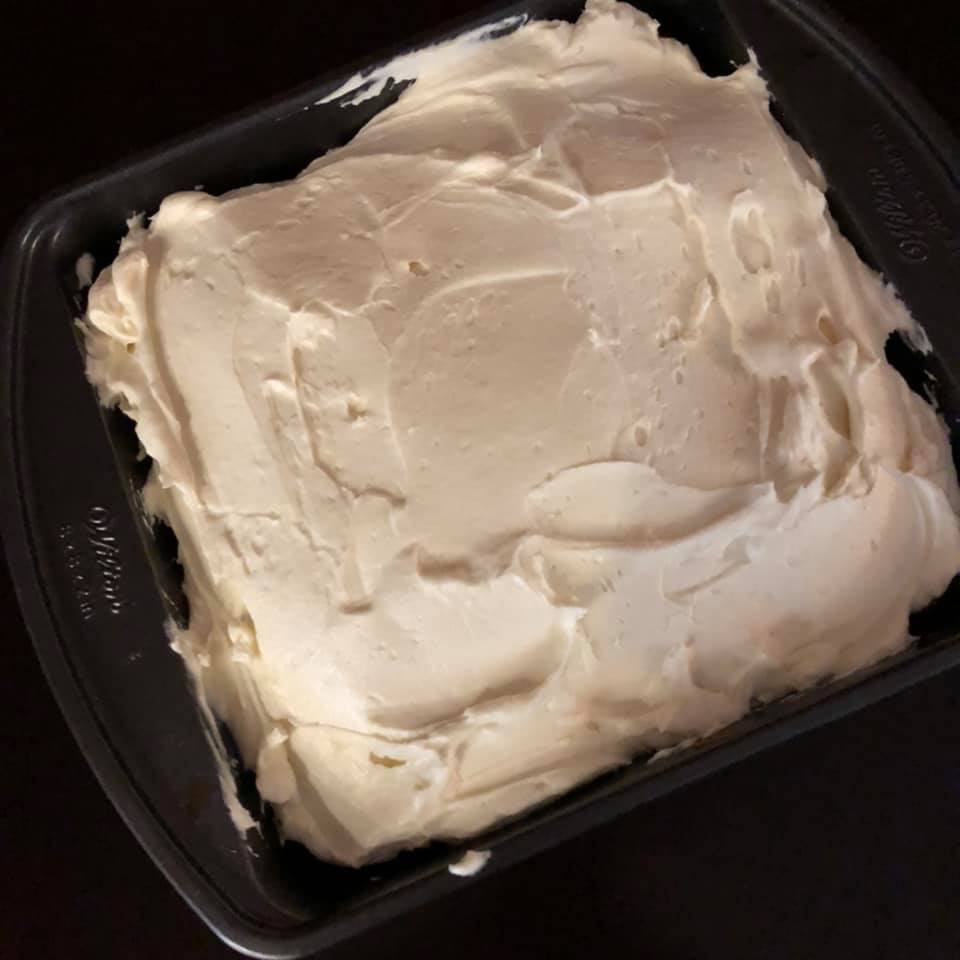 For Father’s Day, my husband grilled his own steaks in the pouring rain while also unclogging the drainpipe that had become plugged with spruce needles and cones, due to all the storms that happened the week we were gone. But he also got a delicious carrot cake, made by moi.

I forgot to screen shot my weekly movement reports, but lots of walks, hikes, and runs. It only semi-counteracted the wine consumption. 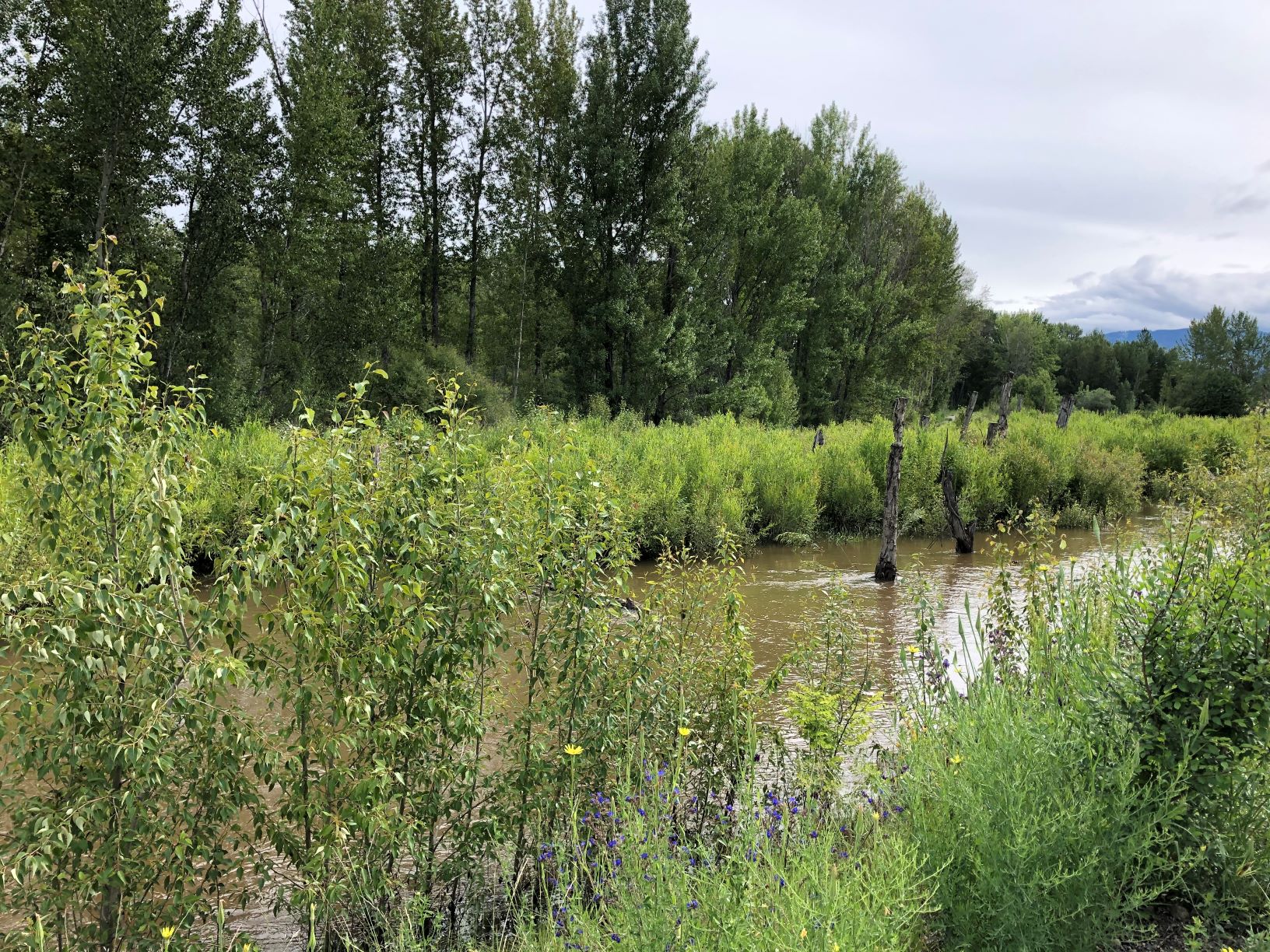