Good grief, it is cold in Calgary right now, even by Calgary standards. Preparing the children for school feels a bit like that Hoth scene in The Empire Strikes Back – “My friend is out there!” – and all the dogs in the city are going slowly mad, stuck in the house. Spare a thought for the elementary school teachers who have nothing but indoor recesses as far as the eye can see.

On that note, I’m longingly thinking of last week, when I felt a bit too hot. I miss that feeling, and so I’m revisiting the Disney parks, one by one, in my mind.

Animal Kingdom is my favourite of the Disney parks, and it is also the most beautiful, with carefully crafted and wonderfully detailed homages to parts of Africa and Asia, and also a section called Dinoland USA.

Small digression: none of the costumes/ uniforms worn by park employees are in any way attractive or flattering. In fact, it’s almost as if Disney wants their employees to be as androgynous and sexless as possible, and selects clothing for that purpose. However, the costumes worn in Dinoland USA are by far the worst, as far as appearances go. Bright red blouses with blue sleeves and yellow collars are paired with yellow slacks with a green dinosaur motif and red dinosaur footprints on the butt. I found myself spending an inordinate amount of time thinking about the costume, and were the Dinoland USA employees disappointed when they were assigned such outfits to wear, and how many costumes were each employee assigned? If you were working at Dinoland USA did you have several of those pants hanging in your closet, or would you have to always be doing laundry? Because it would seem a bit depressing to open a closet to several of those costumes hanging there.

Then I started thinking about the employees’ welfare in general. Disney is by all accounts an excellent employer, but I wondered which job would be worse: working in the Florida heat and humidity all day, or being inside in a dark and loud, icily air-conditioned indoor ride? I can imagine it would be hard to work in the unrelenting heat all day, but I think it would be worse to never see the sun, only the artificial dim lighting in the indoor rides, along with the cacophony of screams and ride noises and terrible music. I started to worry about those employees and their Vitamin D levels, and if it wasn’t weird, I probably would have asked them if they were taking supplements.

That was a long digression.

Animal Kingdom is truly beautiful, and if there is one thing Disney does well, it’s the details. 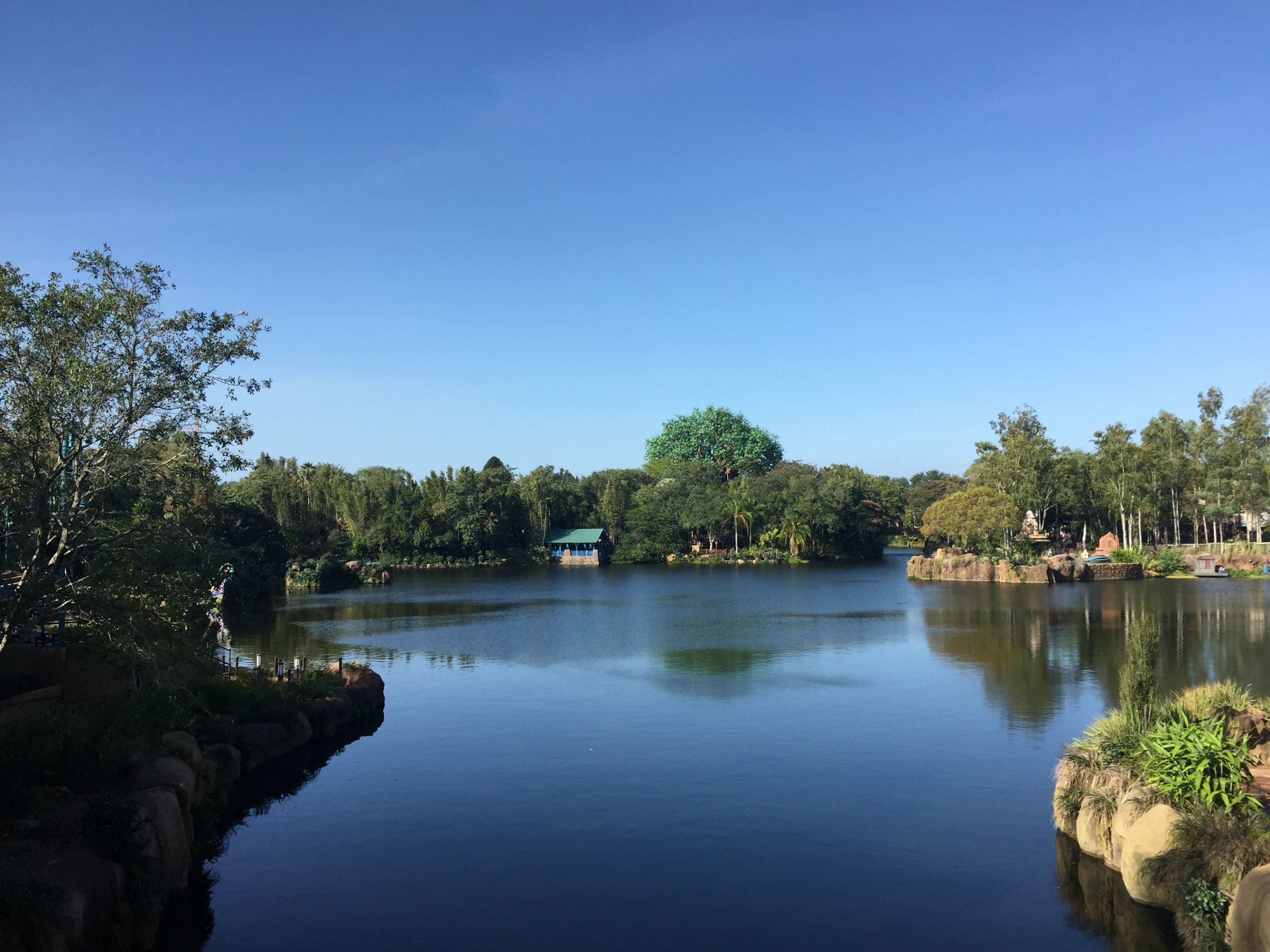 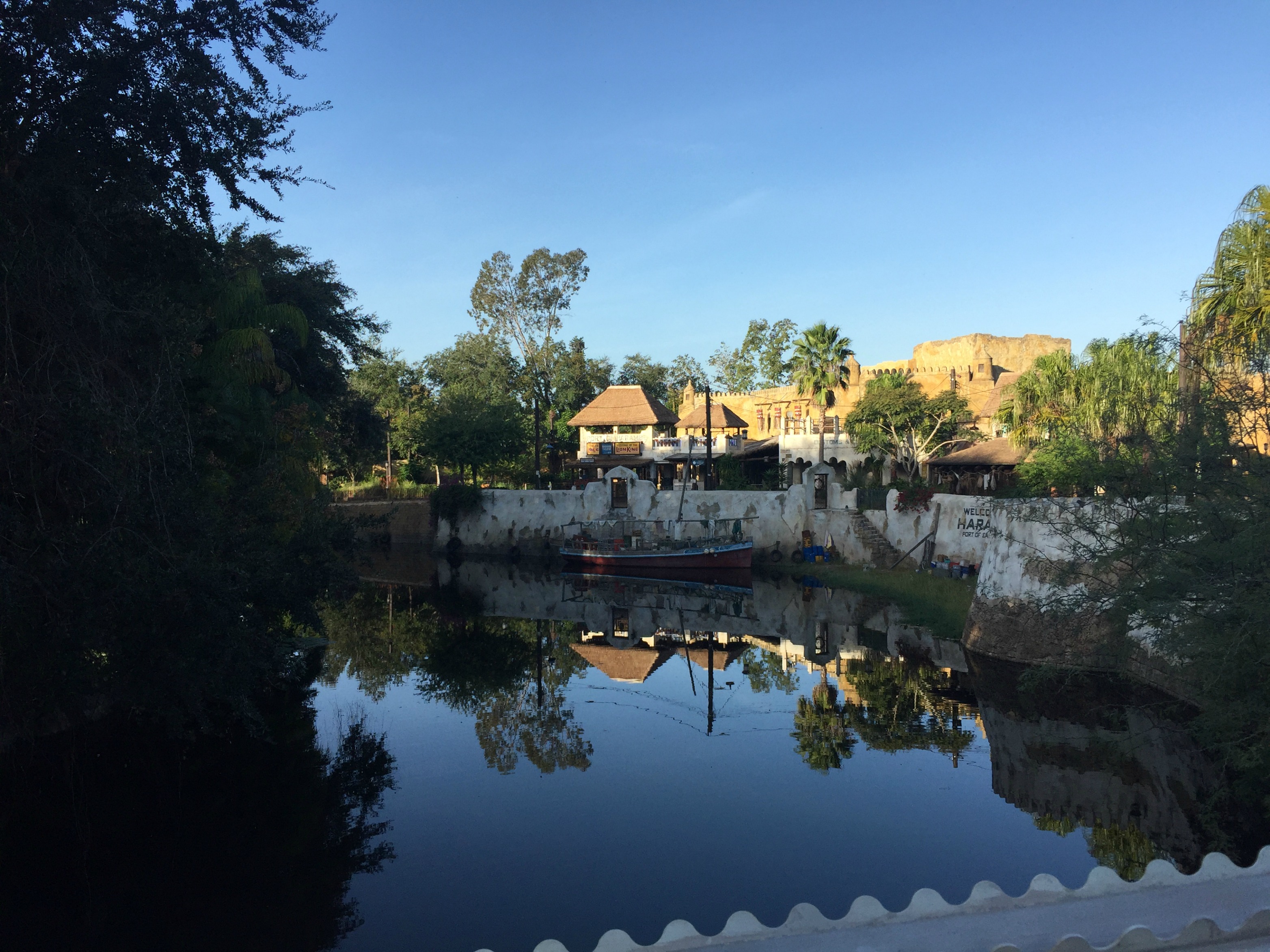 See what I mean? The Kilimanjaro Safari is a very lovely ride, and we went once in the morning and once in the late afternoon, and both times were very different and wonderful. 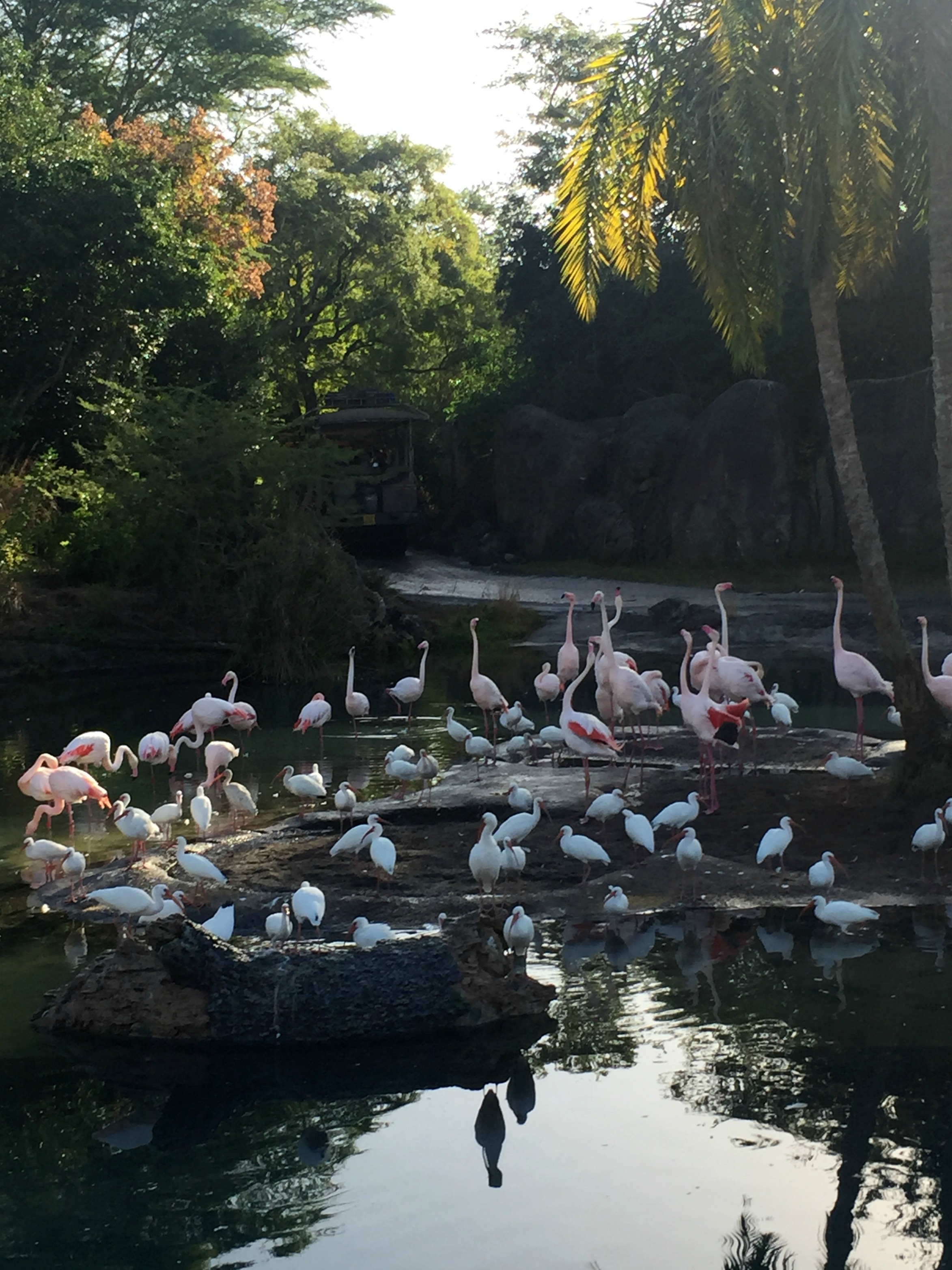 I loved flamingos as a child, because my favourite colour was pink. I still love them, and they are so funny to watch, because they are constantly turning their heads from side to side, like they can’t EVEN with things. 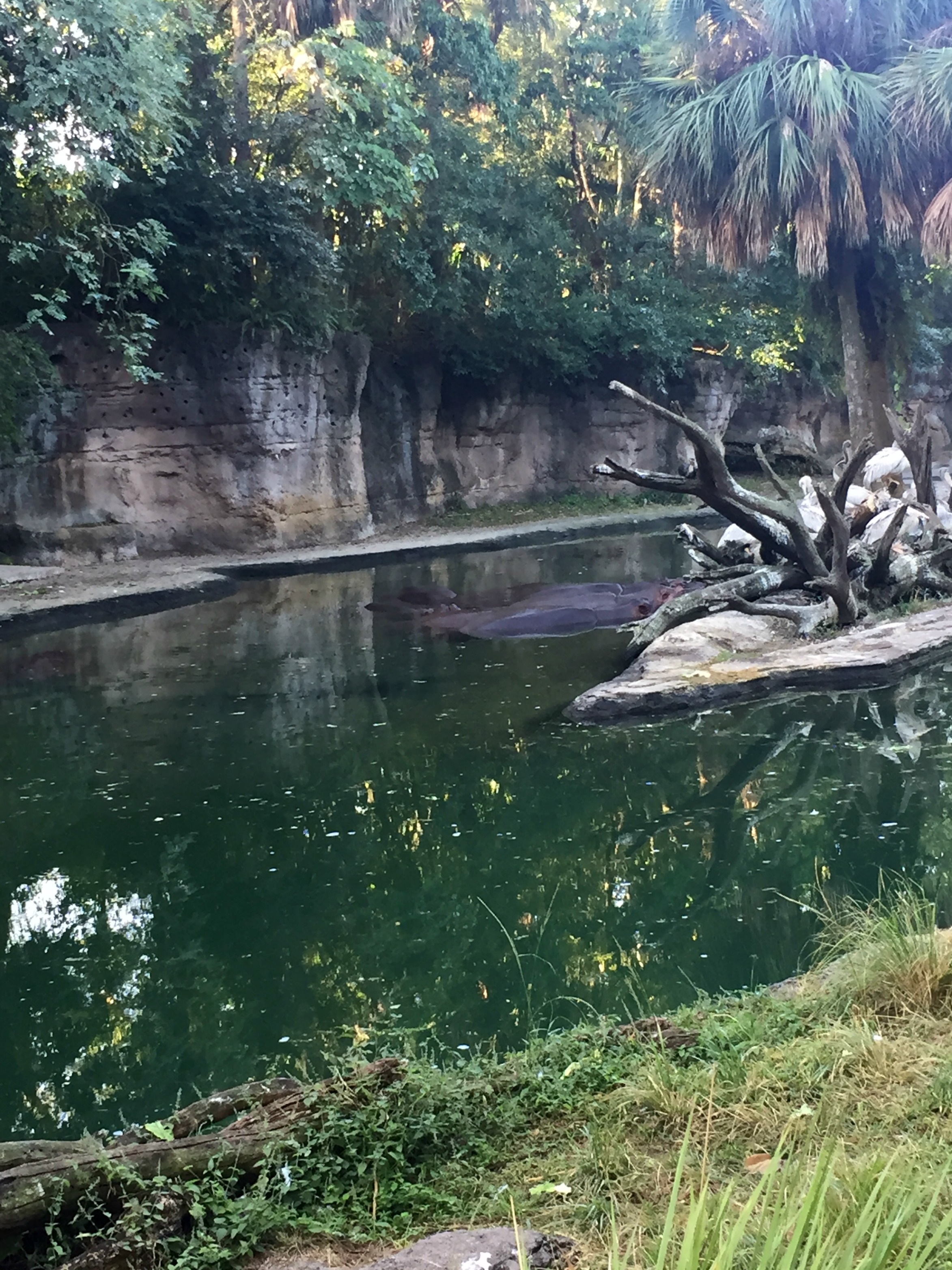 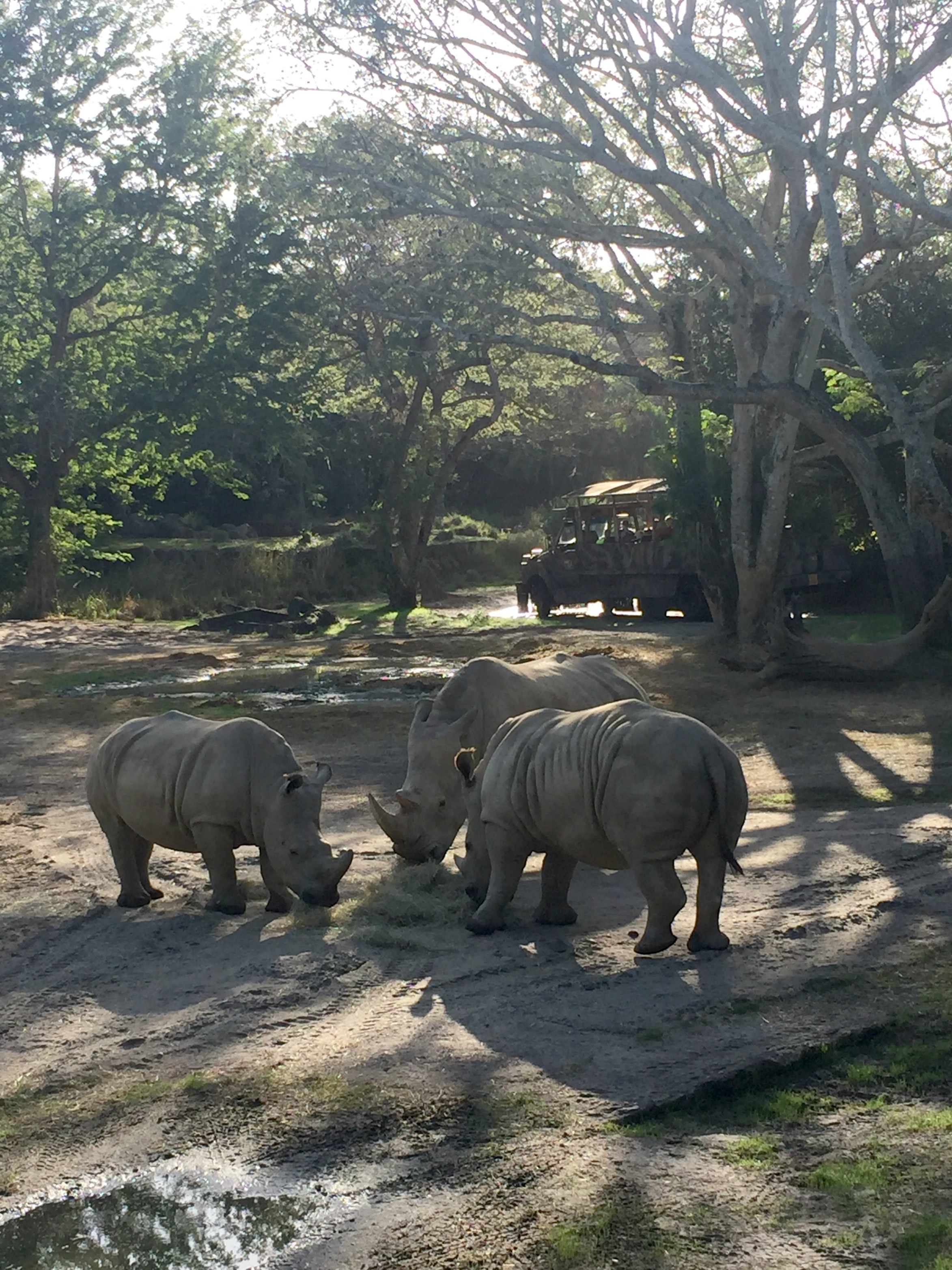 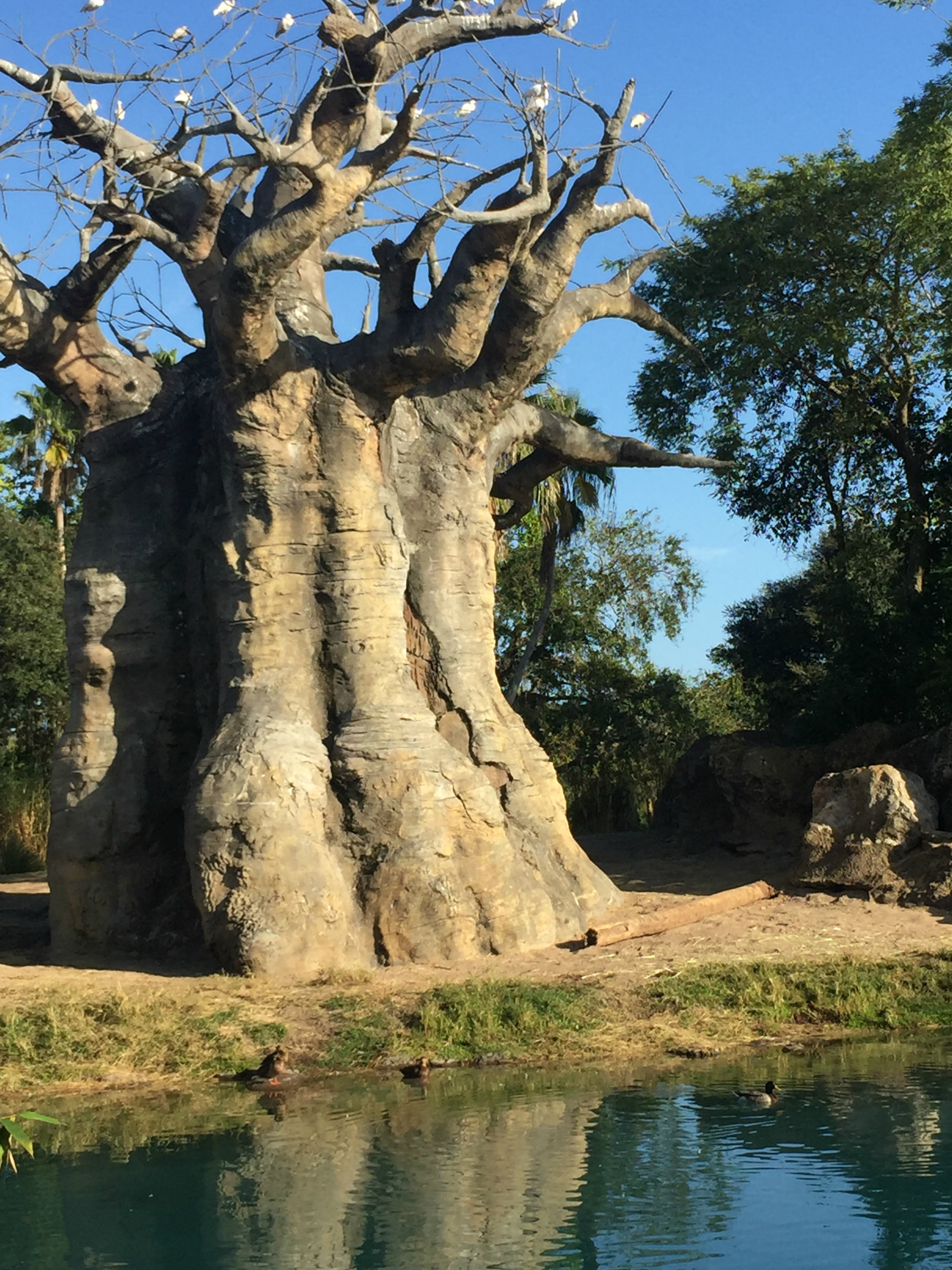 Animal Kingdom is home to my favourite ride of all: Expedition Everest. If you are a fan of wild roller coasters, this one is fantastic. Conversely, if you are not a fan, DO NOT GO ON THIS. Last time we were here, the whole family went on it and my husband and younger son had motion sickness because of it. But I loved it and went twice this trip; once on my own and once with Mark. 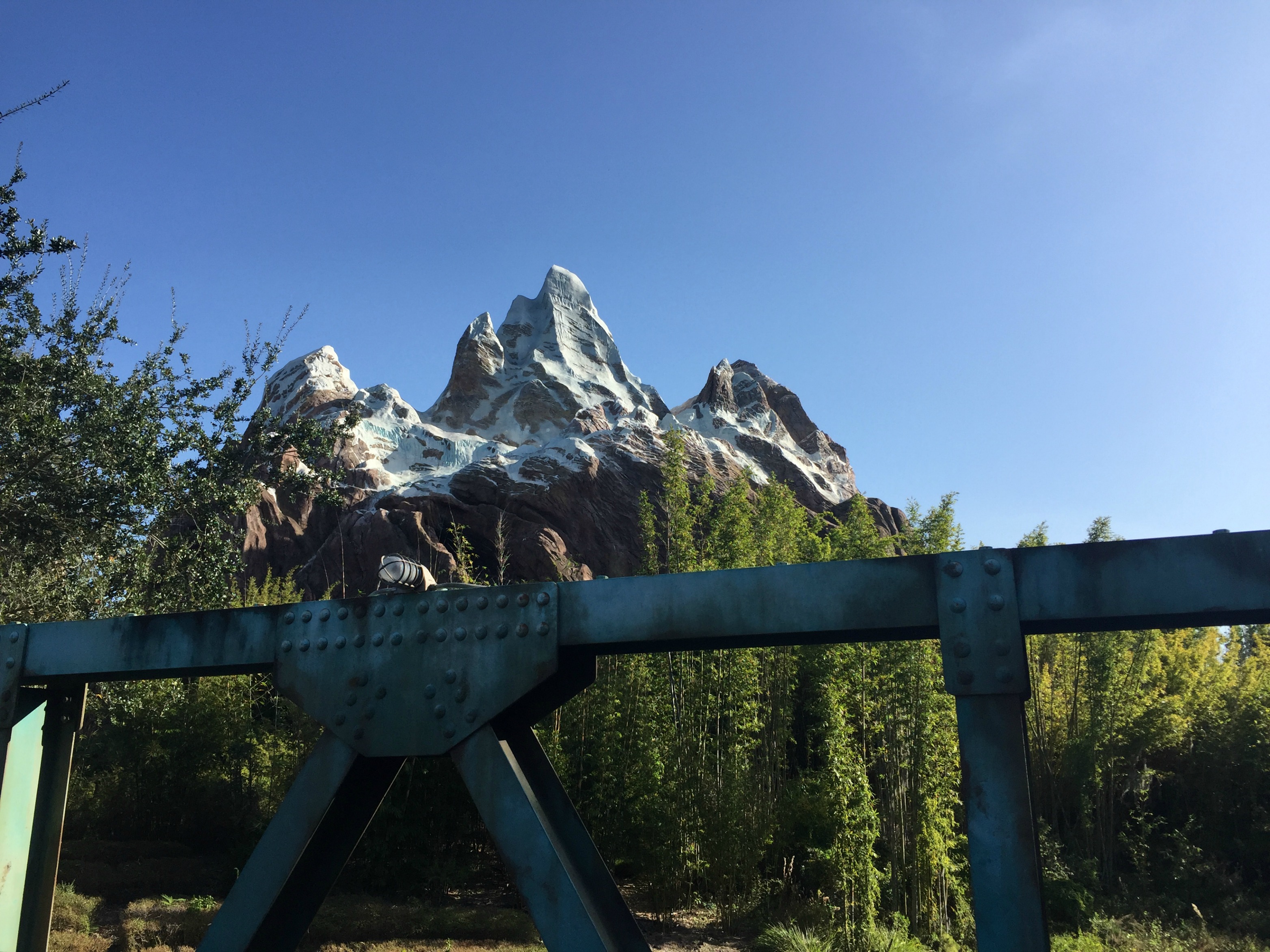 There’s usually a long wait, and Disney makes the wait kind of fun, because of all the little details and story-telling along the way. The story is that you are in a museum dedicated to “Yeti research” and so there are little vignettes about the last expedition, and the cameras they found that had hairy blurred faces in them, and so forth. 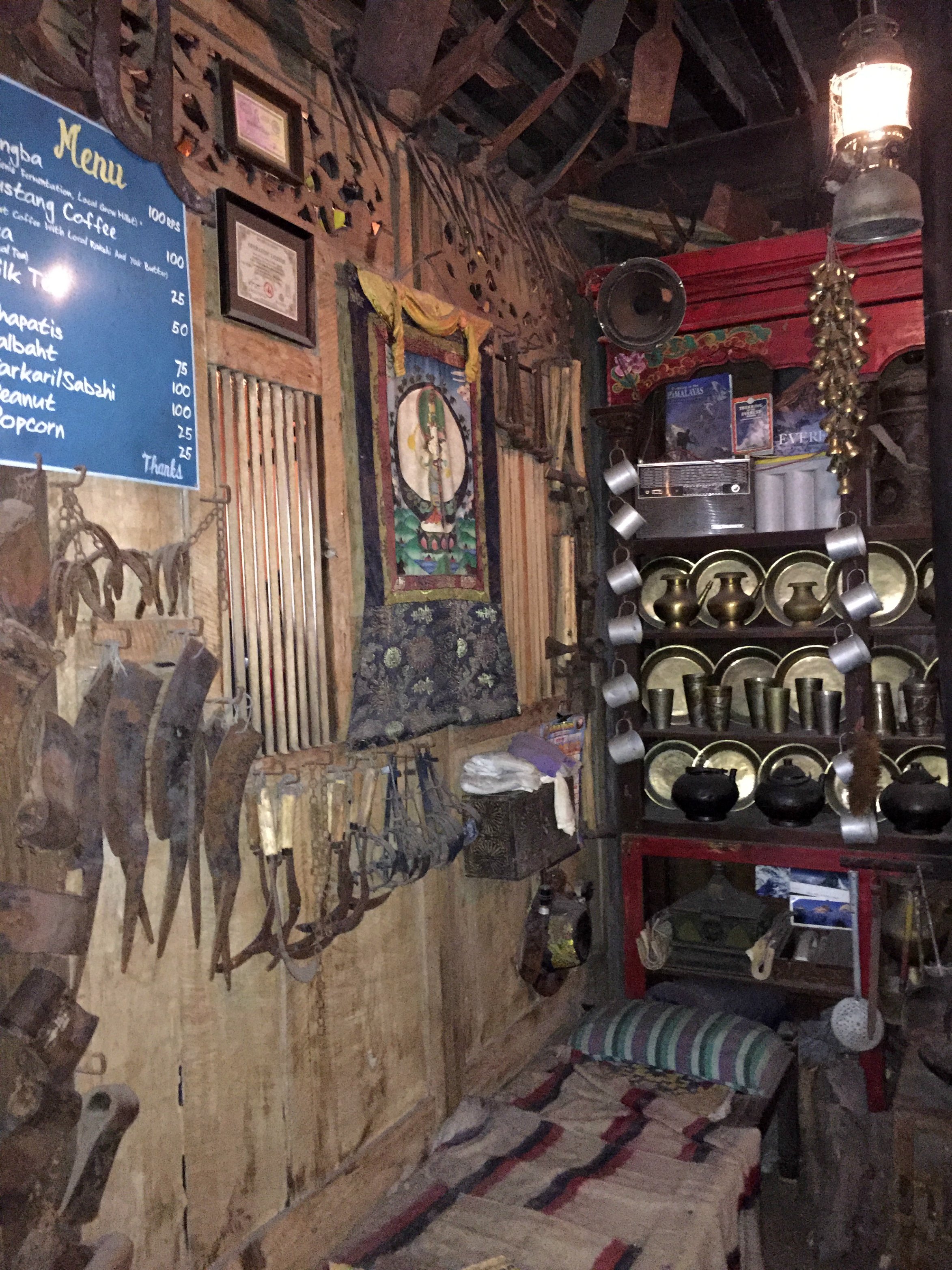 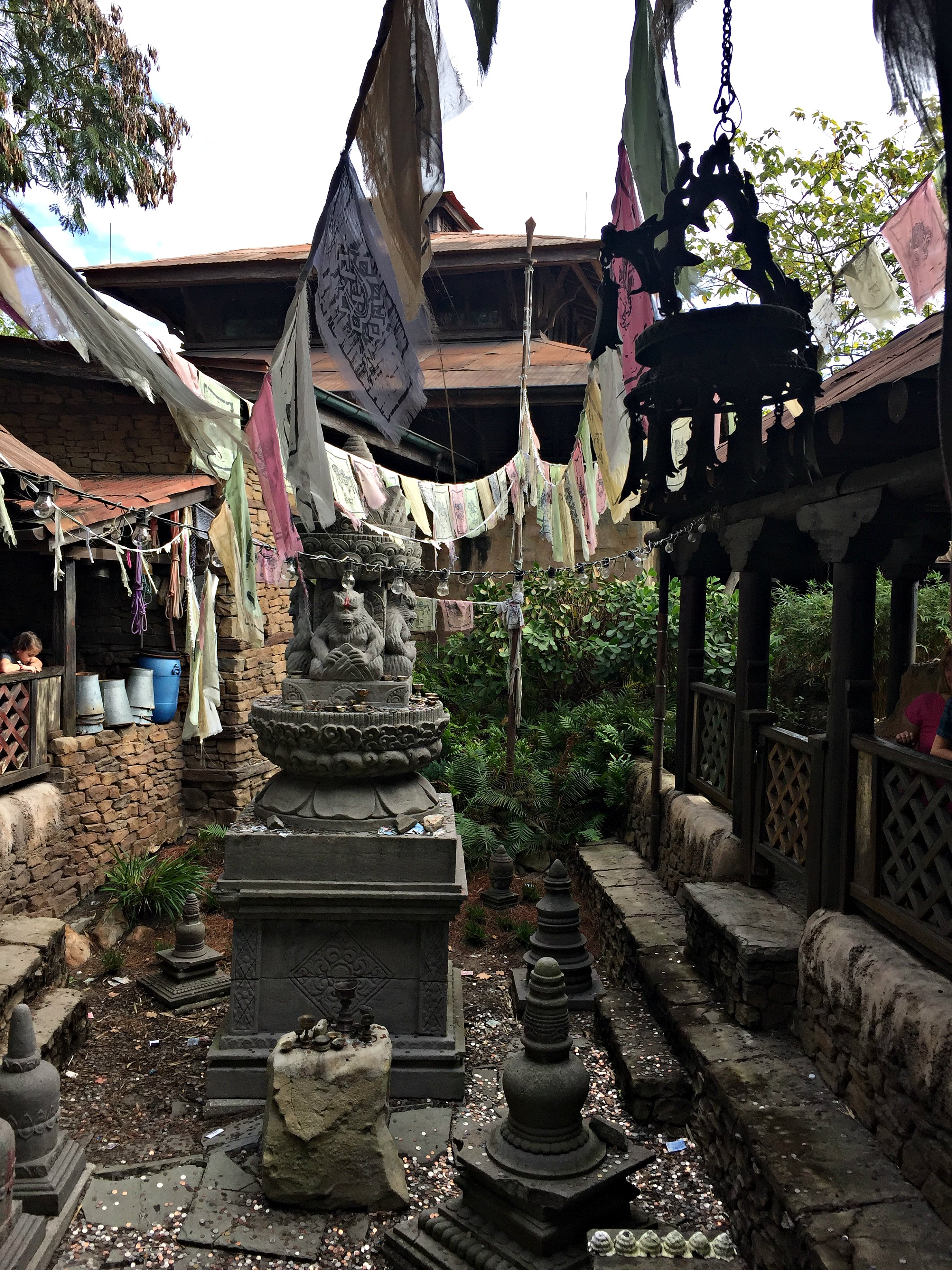 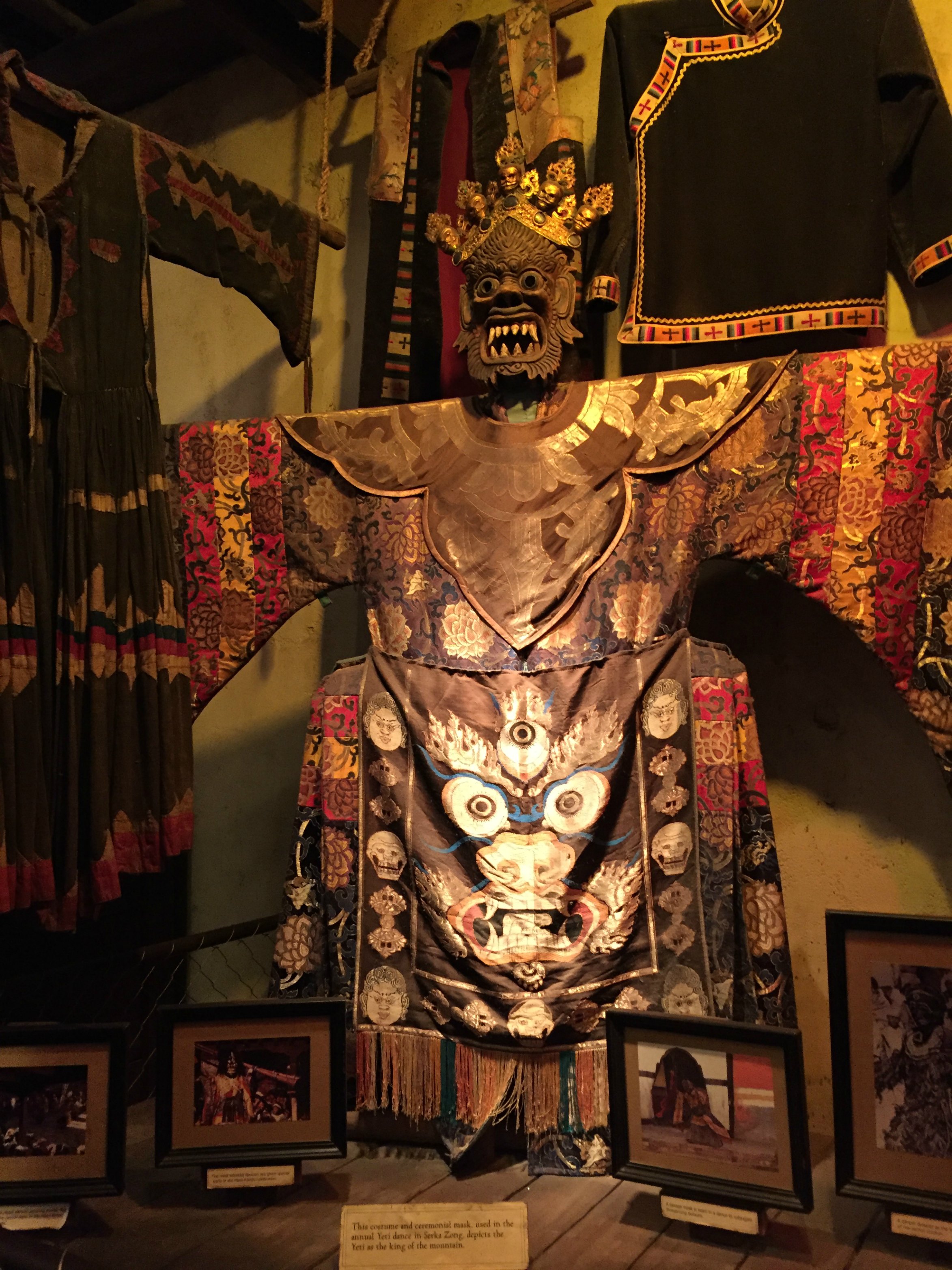 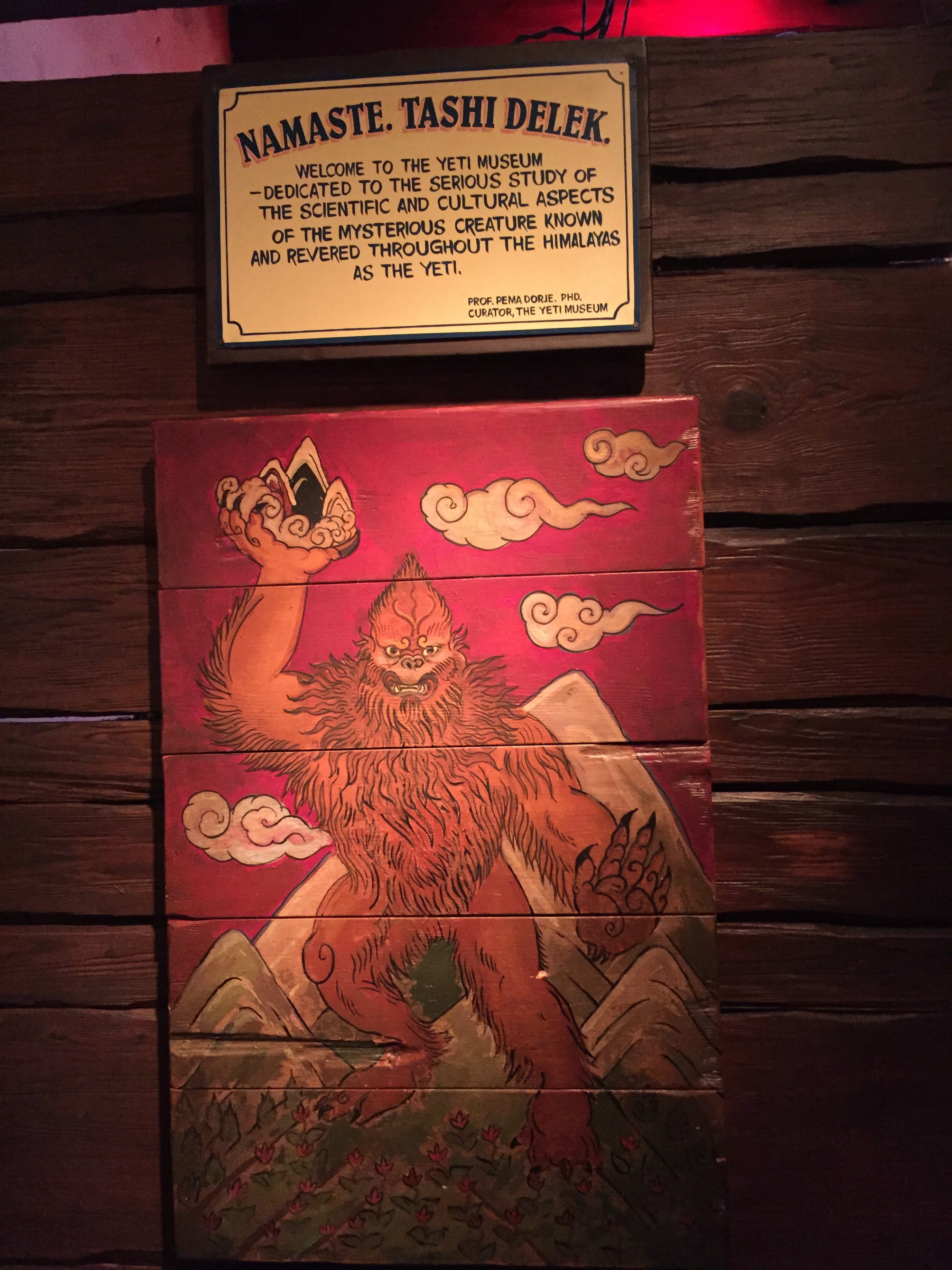 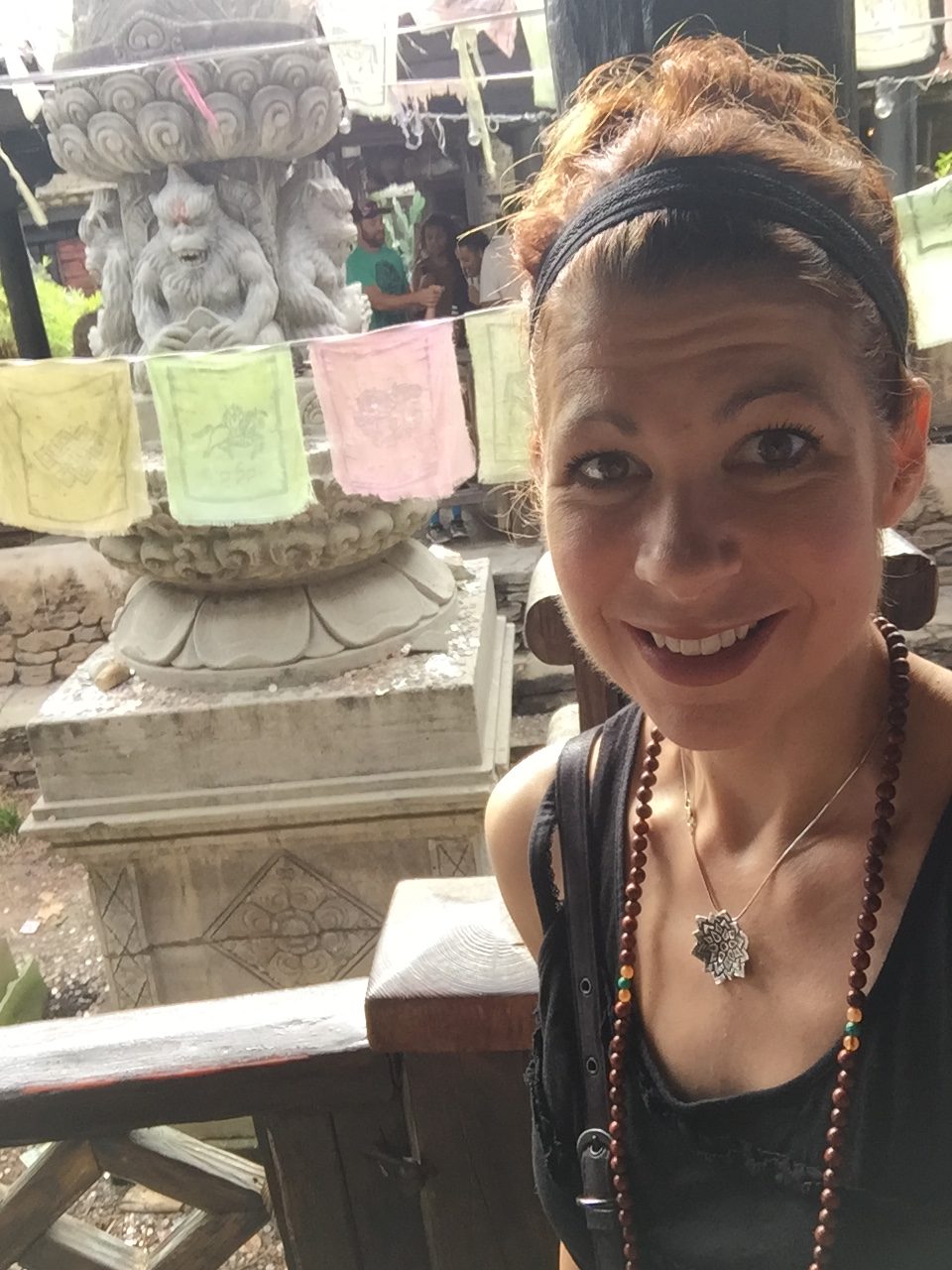 So it’s all yetis, all the time at Expedition Everest. Every single display tells a yeti story, so I found it quite funny when I was almost at the front of the line and it became apparent that not everyone shared my joy in soaking up the little details. One of the little displays had a giant cast of a “yeti footprint” and the woman behind me said to her teen daughters, “Oh look, that must be a big beehive or wasp nest or something.”

One of the girls rolled her eyes and the other said “MOM, it’s supposed to be a footprint? Of a yeti?”

The mother, who apparently had not taken in anything in the previous twenty-five minutes, said “What’s a yeti? Did you girls learn about this in school or something?”

I wonder how she felt about the ride itself, which features a shadow play of a yeti ripping the train track off in front of you, and then has a giant animatronic yeti growling at you. 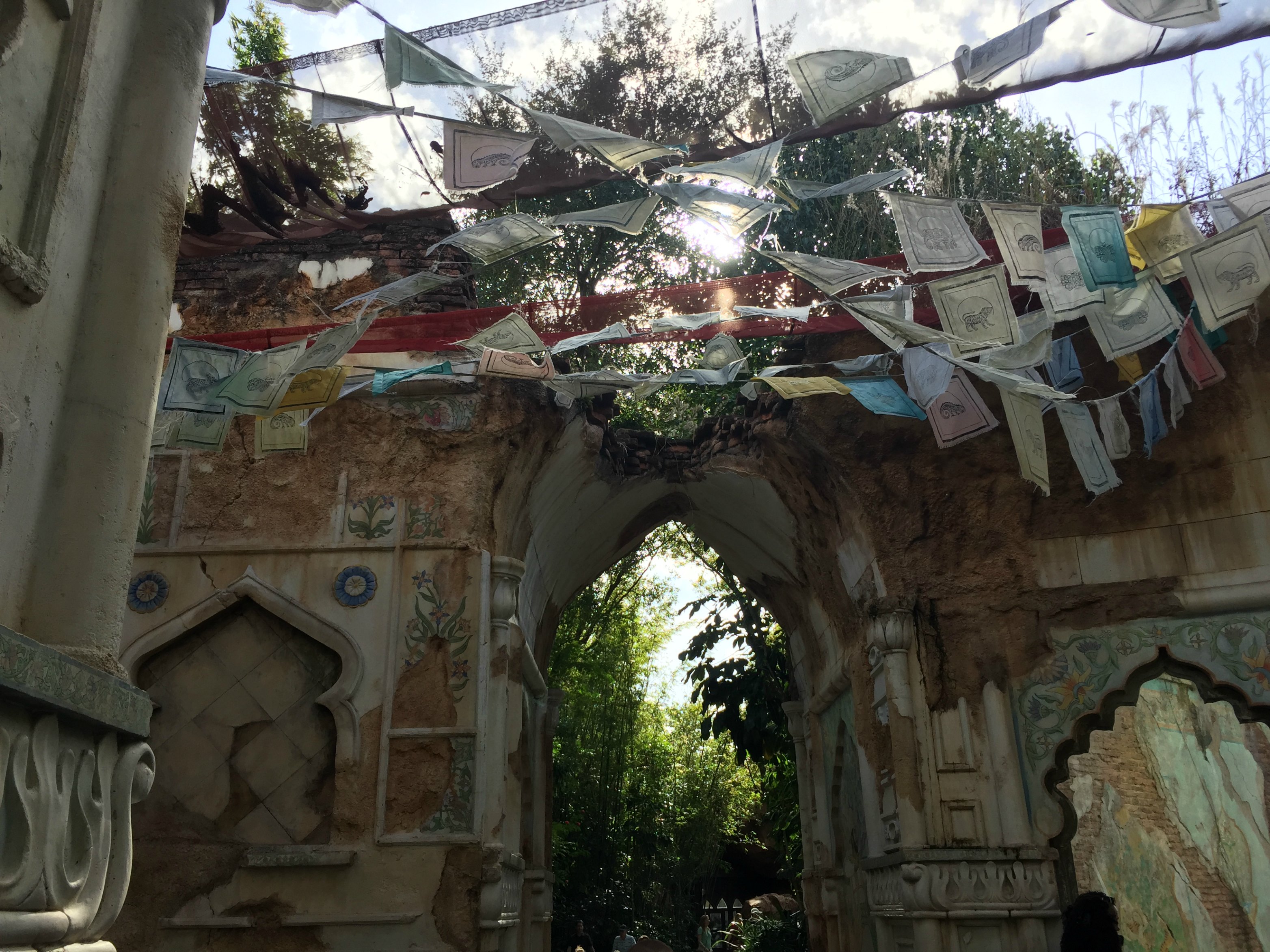 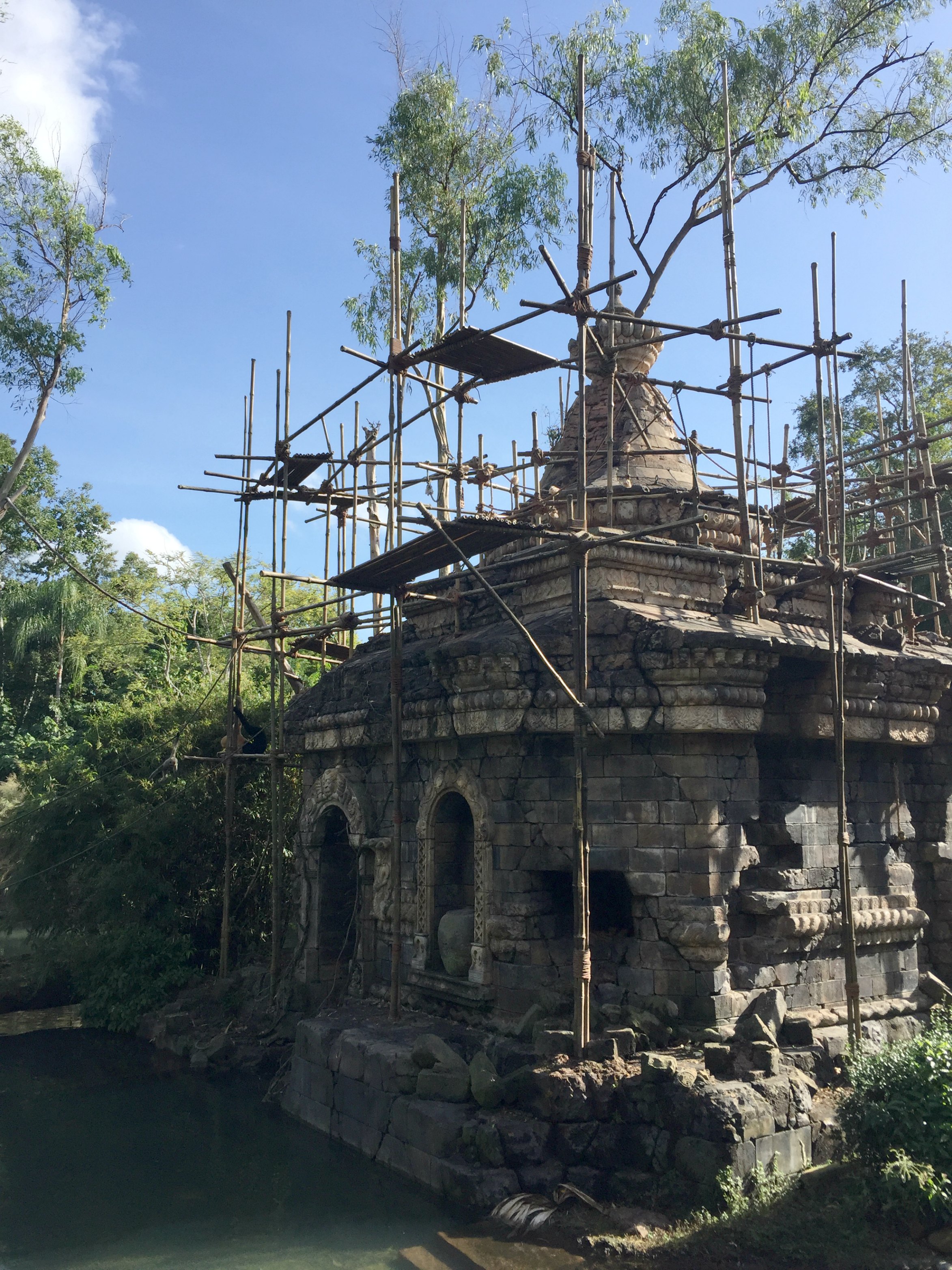 We spent nine hours at the park and walked 14.3 kilometers, and it was worth every step. My kids and husband would probably want me to tell you that their favourite ride was Dinosaur, which is kind of fun and features a video preamble with Phylicia Rashad. That got me thinking about her, and wondering about her life as Mrs. Huxtable, because standing in line a lot will do that to you. What do Phylicia Rashad and Dinoland USA have in common? They occupy Nicole’s thoughts a lot at Animal Kingdom, I guess.

On that note, I’m off to bake bread and make lentil stew, because if there is something that is missing at Disney World, it’s lentils. I may be the only person who noticed their omission though. Have a beautiful weekend, and stay warm. xo