I feel the same way about the safe arrival of the royal baby that I did about the royal wedding – it’s happy news. In the midst of so much tragedy, sadness, and overall gloom that we hear on the news every single day, the arrival of a baby is such a joy. My grandma told me this morning that it could be weeks until we know the name. Weeks! I sure hope she’s wrong because I don’t think I can stand the suspense. I’m going for George, for the record. Squee, the baby’s here! And it’s a boy! Maybe one day Kate will be staring off into the distance while the little boy prattles on and on and ON about Pokémon, nodding and “mmmhmmm, that’s nice, he evolved, mmmhmmmm” just like I do every day!

At the moment I am getting a brief respite from constant Pokémon talk, and that is because the children have discovered a new online game called Animal Jam. It’s a sweet, gentle, and educational National Geographic game, and I’m both pleased that they are playing it and also supremely annoyed. They play simultaneously, so they can send each other little notes and gifts, which is so very sweet but also requires the use of both computers. The whole reason I give them screen time is so that I can get some writing done in relative peace, and their use of both computers is cramping my style. This is the same feeling I get when I let them have screen time and they have the sudden need to show me every single thing that they are actually doing on the computer/ Wii/ television. Mom, look, Mom, look, Mom, you have to see this, it’s so cool, Mom, Mom, Mom… This is defeating the purpose, children. And yet I always look, because saying “Just go play goddamn Angry Birds already!” doesn’t seem like an appropriate response.

Goddamn Angry Birds. I’m getting all nostalgic about my own babies, which just goes to show you that enough time has passed that I can remember all the good things – staring at the new baby with awe, sniffing his little head, a little bean of a baby curled up on my chest – and I don’t think about the exhaustion, the crying, the body that felt like it had been hit by a truck. 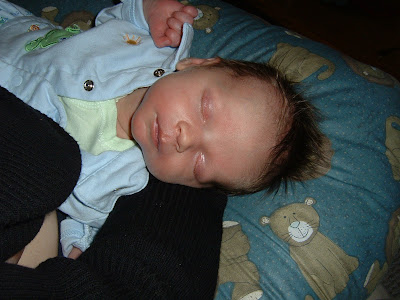 Awww! Look at the little beans. I feel like sniffing a baby’s head right this very second; there are no babies handy for this, however. Anyone want to come over? Bring your new baby. You can have a nap while I sniff the baby’s head. Meanwhile, I have ordered “What’s Happening To My Body” and “It’s Perfectly Normal” and they arrived today, so I may just lie down singing a mash-up of Landslide and Cat’s in the Cradle for a while. Good grief.

I read this archived article about Prince William’s birth and found it touching and poignant, especially since we all know how that story ended. I also am highly amused by this (fake) photo of Prince Charles (thanks Nan!). GRANDPA CHARLES NEEDS A HUG! 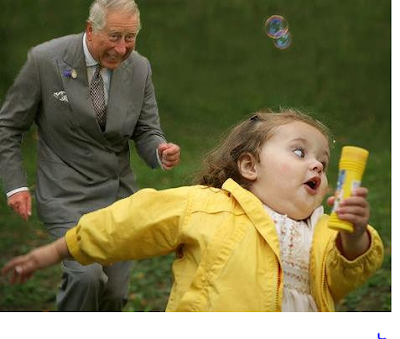