Those of you who know me – not even particularly well, because this is something I have talked about at length – know that I don’t have many fears or phobias, but I do have one that stands – or shall I say flutters – above the rest. I am absolutely terrified of moths. This time of the year until the first hard frost, they are everywhere. Everywhere. However, last Saturday morning I was completely unprepared to find one in my water glass.

It started off like any other Saturday, really, with me starting the coffee pot and then blearily picking up my water glass; I like to start the day with two big glasses of water to get the hydration going before I drink my pot of coffee. Imagine my panic when I saw a moth – still alive – fluttering around in the water. I did what anyone would do: I backed away quickly and started screaming for my husband, who immediately dealt with it by throwing the water and moth outside, and offering to throw out the glass itself. I suppose I should be grateful that this didn’t happen on a weekday, when I get up at 4:30 and drink my two glasses of water in the dark. Imagine drinking water with a moth in it.

I had to take some deep breaths just typing that.

If that wasn’t traumatizing enough, this morning after yoga a moth must have followed me into the house. There is currently a moth in the house and I don’t know where it is. I am alone in the house and there is a moth and I’m in low-level panic. The moth was last spotted in the kitchen, but who knows where it is now. It could be anywhere.

In other less-traumatic-but-extremely-annoying news, Friday night my food processor suddenly died, with all the hummus ingredients piled in it, unprocessed. While it’s true that my food processor gets a lot of use, I purchased it in May 2018, and I feel that we should be able to expect more than a fifteen-month lifespan for our expensive small appliances. After all, my old Cuisinart lasted eight years of heavy use before developing a weird thing wherein it wouldn’t stop processing until being unplugged, which struck me as a pretty hazardous feature. I went through the five stages of grief fairly rapidly, stalling on “anger” for a while as I thought of how much I loved this expensive new Breville food processor. Fifteen months is not an acceptable lifespan! My mother-in-law still has her chest freezer from 1962 and it still works.

The upshot of all of this is that I ended up a) using my Vitamix to make hummus on Friday, thus stoking my rage even more, as anyone who has ever tried to get the last bit of hummus out of a Vitamix can understand, and b) buying a new food processor. Princess Problems, I know. Princess-Who-Uses-A-Food-Processor-Several-Times-A-Week Problems. Let’s hope this Cuisinart will outlast its predecessors.

If moths and dead food processors weren’t enough to make me a donkey on the edge, I had a dentist appointment on Monday. What is it about the dentist that makes us dread it so? I said to my husband that it was because it “takes so long” but that isn’t factually correct. After my “scaling” I thought to check my watch; it had been only about forty minutes, as opposed to the three hours I thought it had been, what with the scraping and water scaling and the weirdness of someone else’s gloved fingers in my mouth. I mean, a bikini wax takes only about ten or fifteen minutes less than that, and I’d rather have a hundred bikini waxes. At least with a wax I can converse with my esthetician about her upcoming trip to Nova Scotia and how her boyfriend is a jerk. At the dentist’s, I’m forced to sit back and listen to Tom Petty. I’d rather have a Pap smear, and my doctor can never, ever find my cervix on the first try, but instead is constantly apologizing for the “discomfort.” I’d still rather do that than have dental scaling, but I guess since I want healthy gums and teeth, I will persist. I will complain about it, but I will persist.

In happier news, today my friend (HI TARYN) and I hiked up Ha Ling Peak; I hadn’t done that since 1998, when it was called something else that I will not repeat here. It was just recently reopened after a lot of trail renovations, and it was just a beautiful day. See? 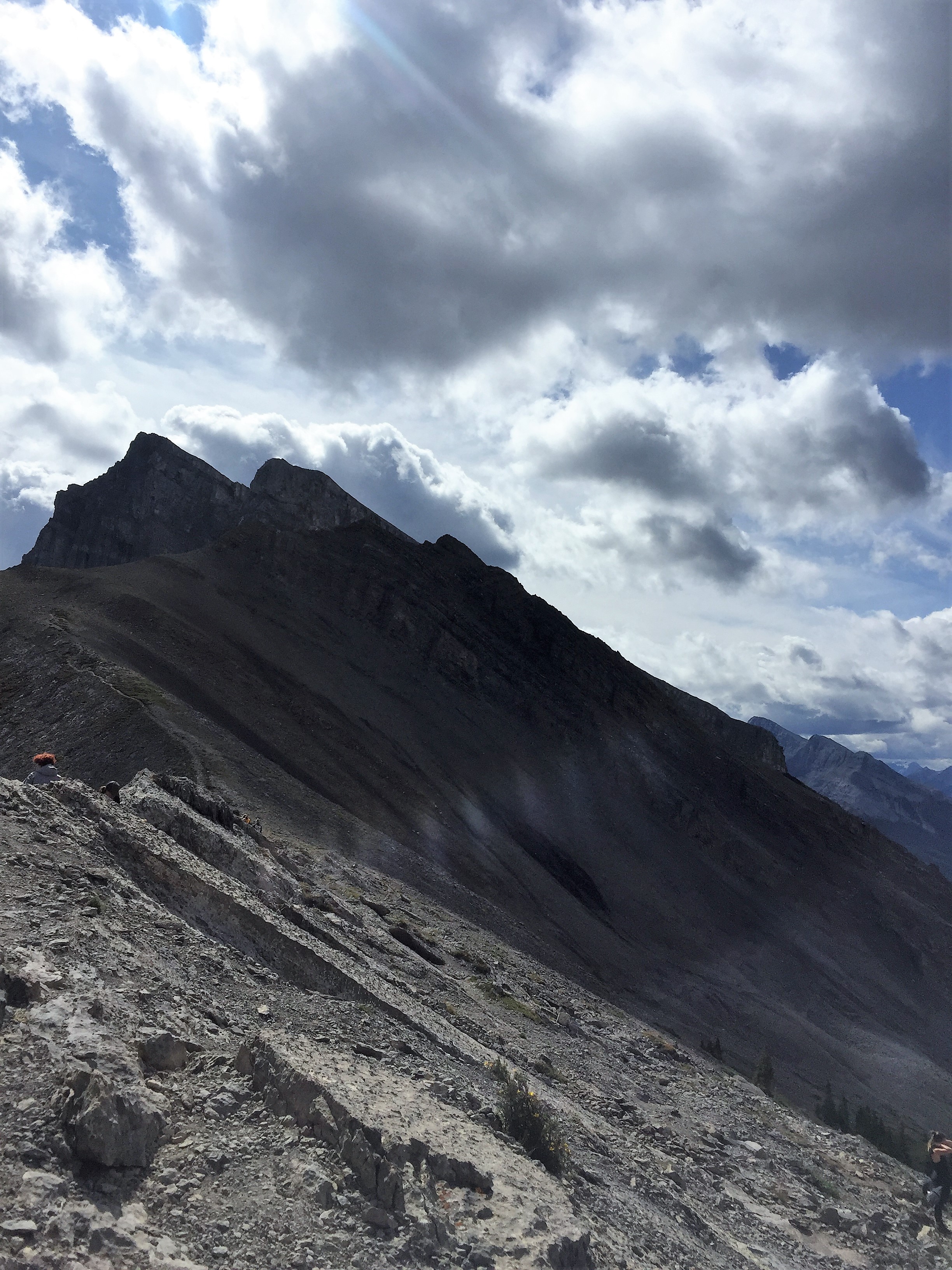 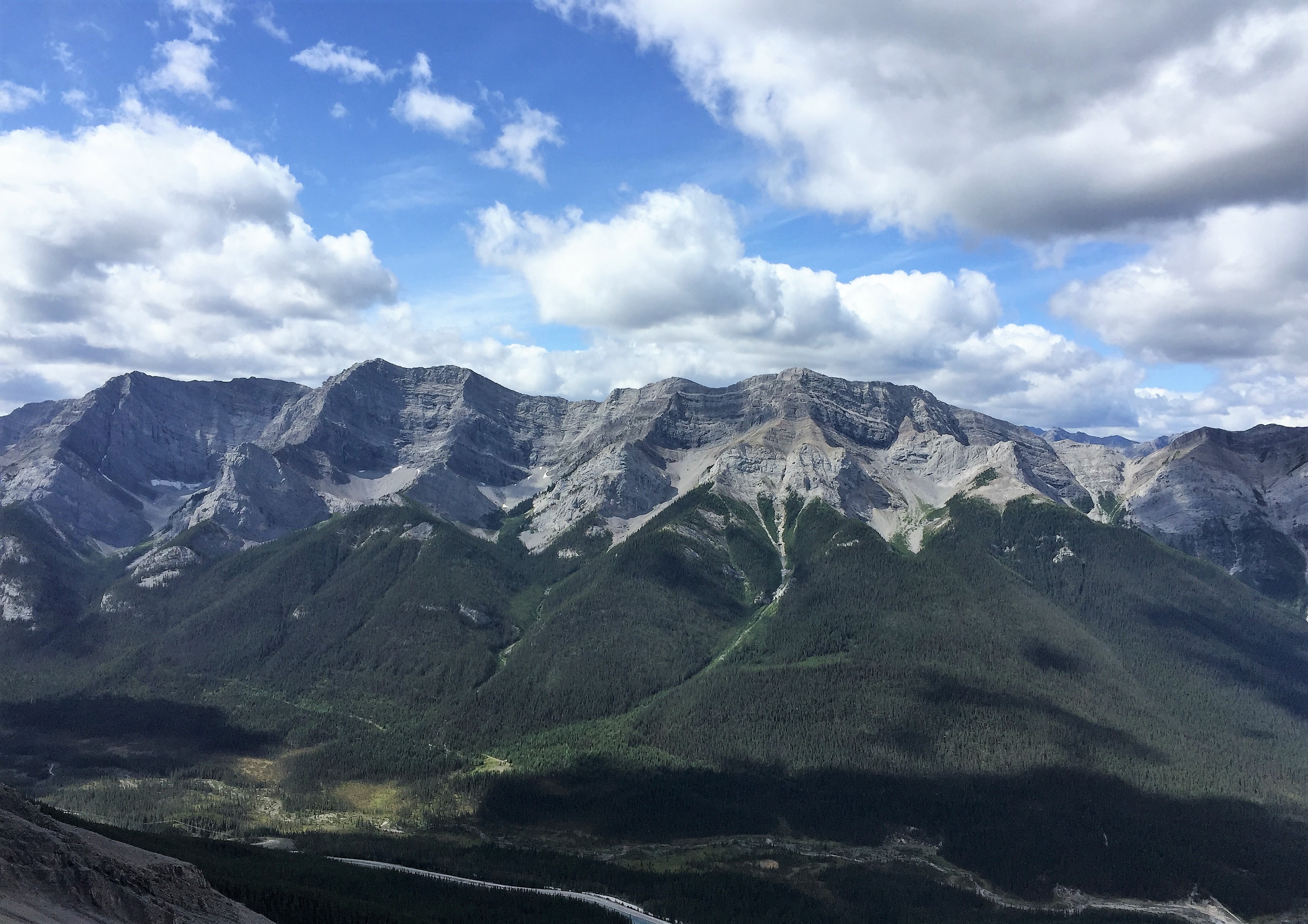 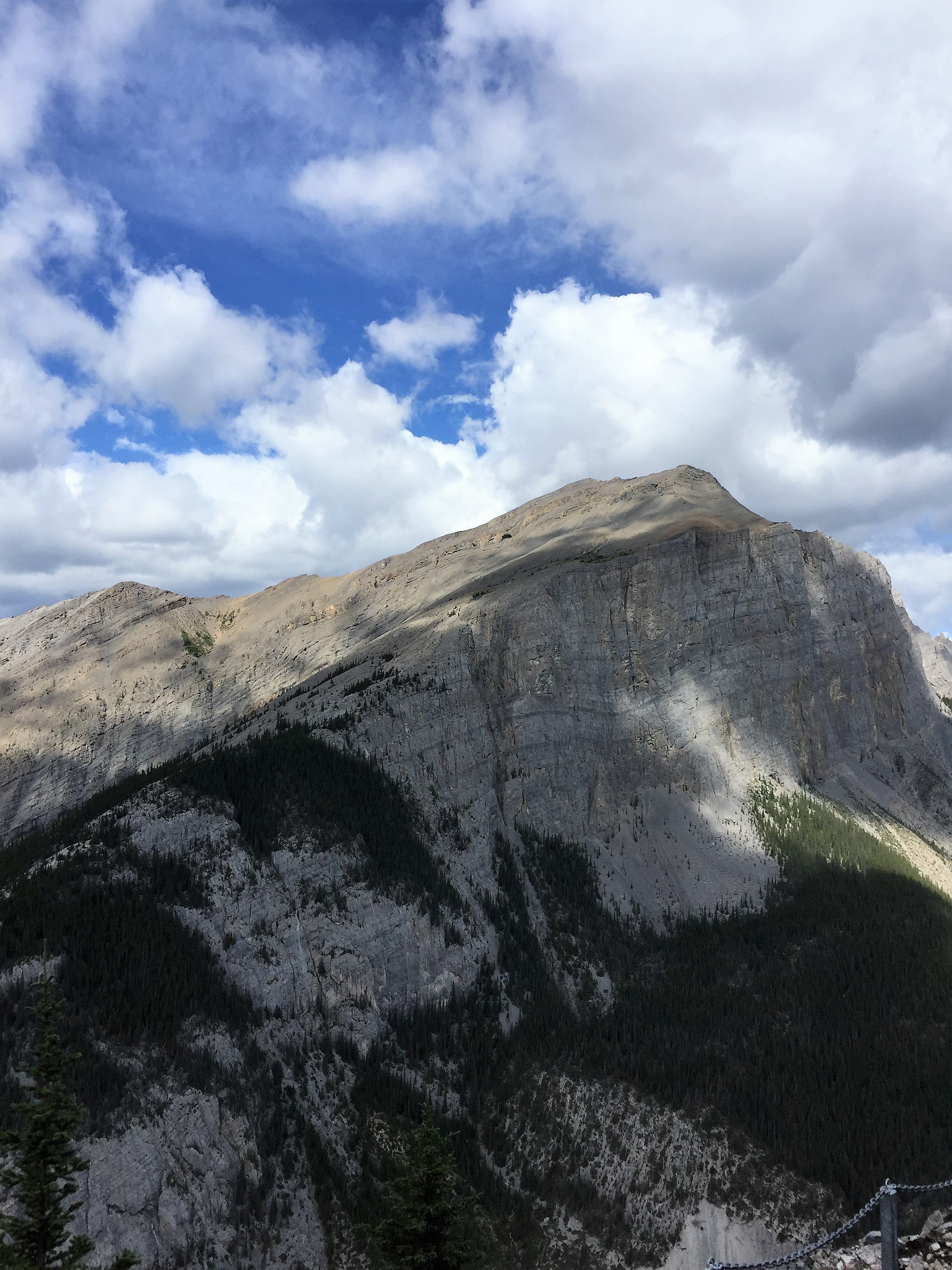 It definitely made for a great day – now, if only someone would come over and find and kill this moth for me, everything would be coming up Nicole! xo