Search
Menu
Categories
‹ prev next ›
4
Blasts from the past
August 16, 2019 Nicole Boyhouse Birthdays

Frankly, I am a bit curious about the birthing process as it was my understanding that each Kid was just plucked from the garden, like an actual cabbage. How very wrong I was, apparently. And who knew there was one massive Mother of all Cabbage Patch Kids?

The world is a marvelous place, full of interesting twists and turns. You never know what the day is going to bring and what you might learn.

For example, this week I learned that people still use film in cameras. I know! I was surprised too. I was picking up prints at London Drugs and there was a sweet, friendly girl beside me who had several canisters of film to be developed. She and I started chatting when I expressed my amazement at her old-school method of photography; she told me how excited she was to get the film developed as she had no idea what photos were actually taken. Remember back in the day when you’d take film in to be developed? Half the roll would be no good as the photos would be bad quality, or someone would have their eyes closed or head turned. The other half would be photos you didn’t remember even taking, particularly if it took you a long time to actually take the film in to the developer. “Get the camera!” would be the chorus whenever something noteworthy would happen, but often it came too late and the photo opportunity was gone.

Now we have carefully curated selfies and dramatically filtered photos of our dinner to fill our creative needs, and no one ever says “I wish I had brought a camera!” as our cameras are ever-present in our hands and back pockets.

I don’t miss those days of the film camera, I love being able to capture important moments in an instant, like when my mom and I were sitting on her deck this week and the resident eagle flew overhead and perched in his favourite spot in the yard: 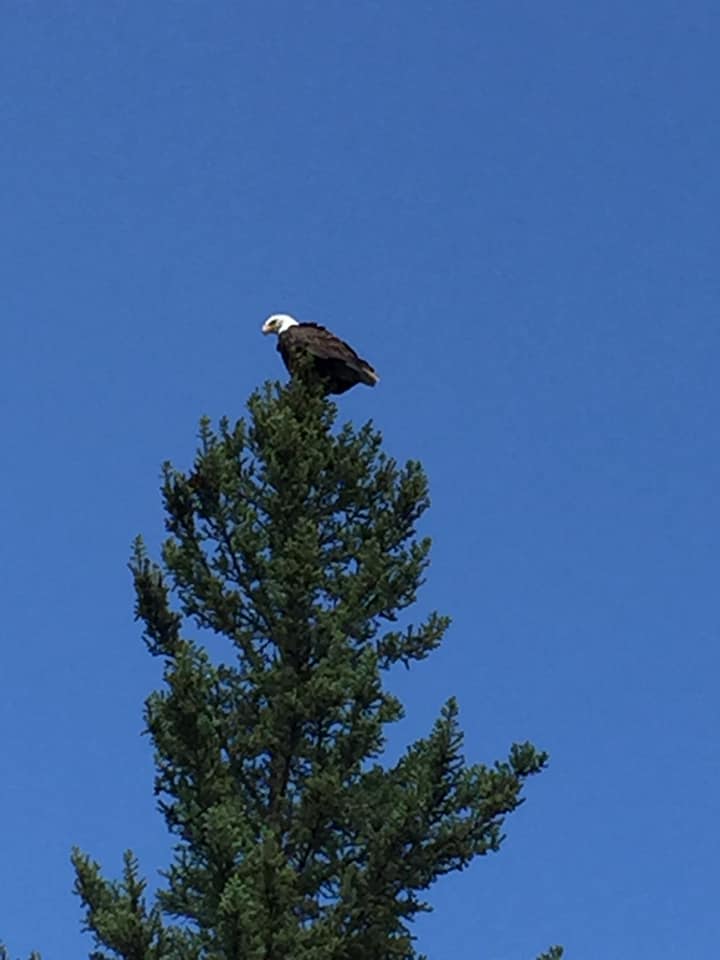 Or, just as interestingly, when I was making myself some lunch and came across this cherry tomato: 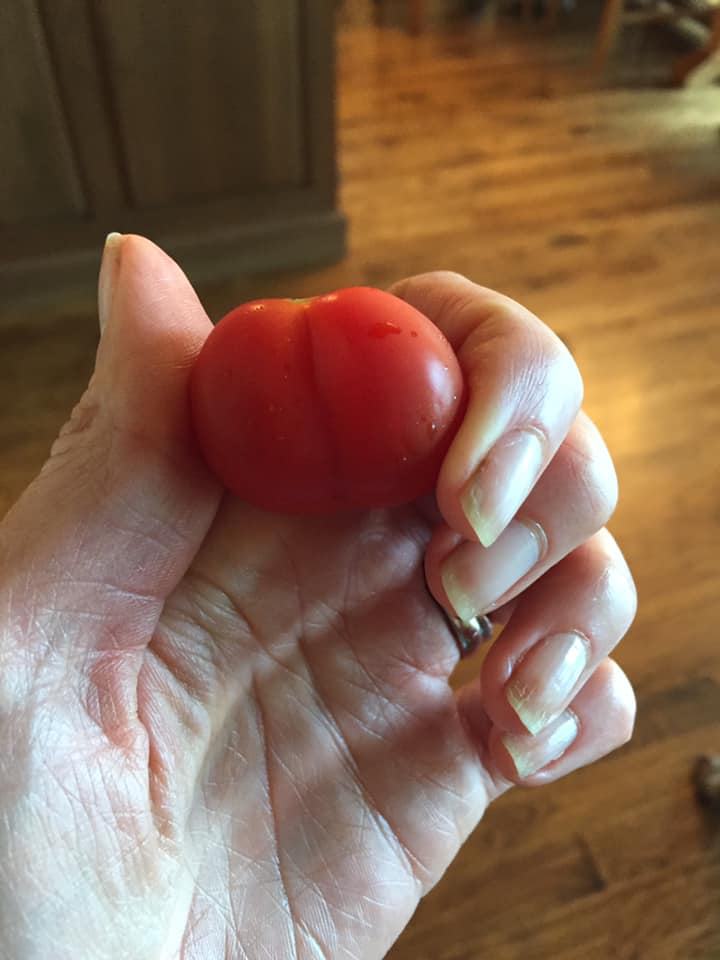 Without my phone, important moments like this would be missed, and eventually forgotten. The memory of that sexy tomato would just fade into oblivion.

I was having coffee with a good friend this week (HI NICOLE) and she was impressed that I actually print out photos and put them into albums. I try to do this every few months, but generally it becomes a thrice-yearly labour of not-exactly-love. What a tedious job it is to upload, crop, and adjust the lighting on hundreds of photos, and then arrange them by approximate date and put them into albums. Yet I persist, mostly because one of the things I love to do when I visit my parents is to peek at our old albums; group photos where half the people are unflattered by the camera or the lighting is bad or my dad took the photo and no one at all is even aware he’s taking a picture and so every person is turned the wrong way. Oh, the memories! Each photo that features myself is a fantastic timepiece; take, for example, this photo of me on my thirteenth birthday: 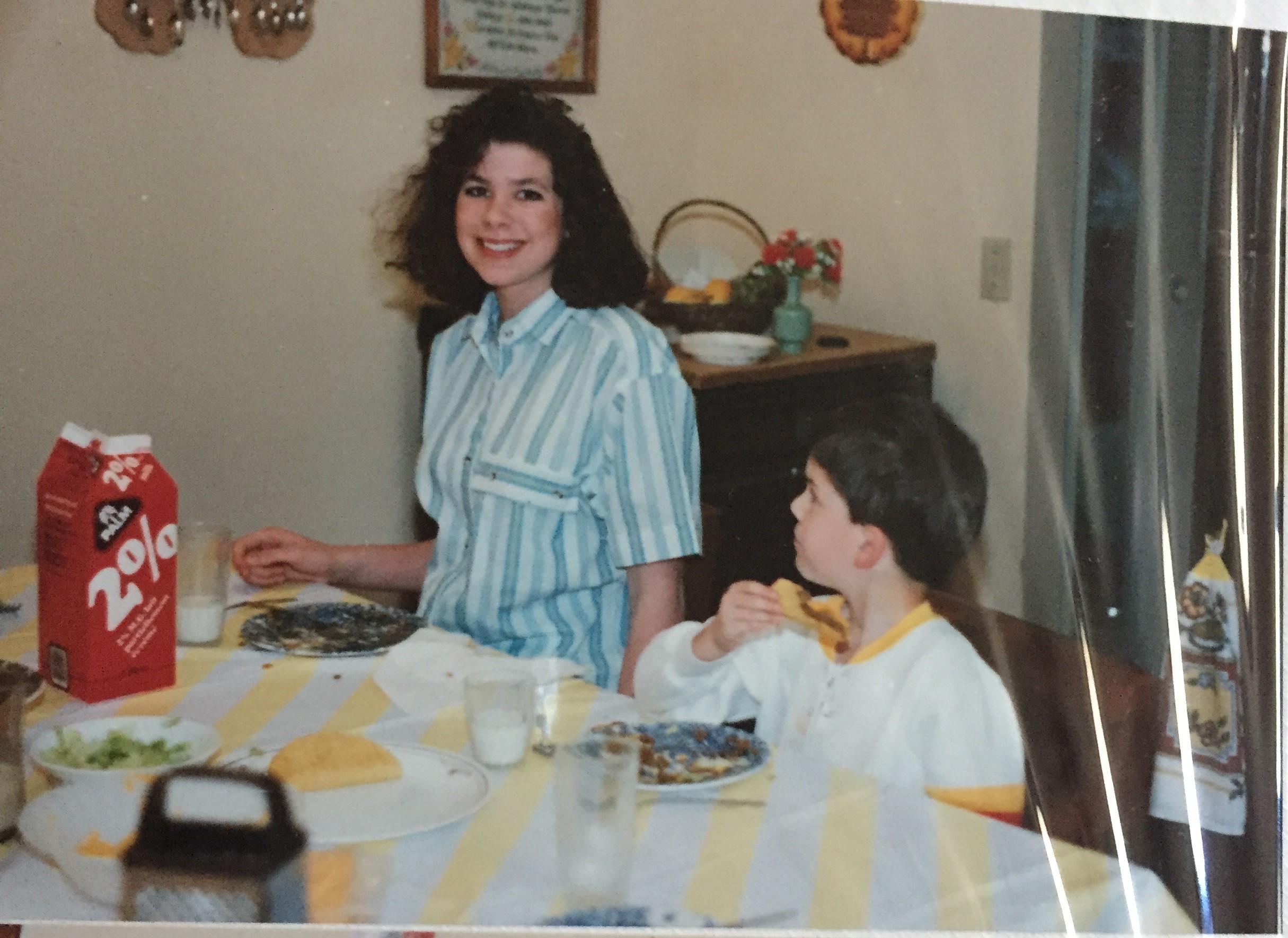 Everything about this is great, but my hair in particular is tremendous. Also of note is my mother’s spoon collection on the wall – remember when people would collect spoons? – along with the serenity prayer in cross-stitch and a “God Bless My Kitchen” plaque. The brown fridge! The decorative fake fruit and flowers in the background! Tacos for dinner! The next photo is photographic proof that I have always enjoyed a pink birthday cake: 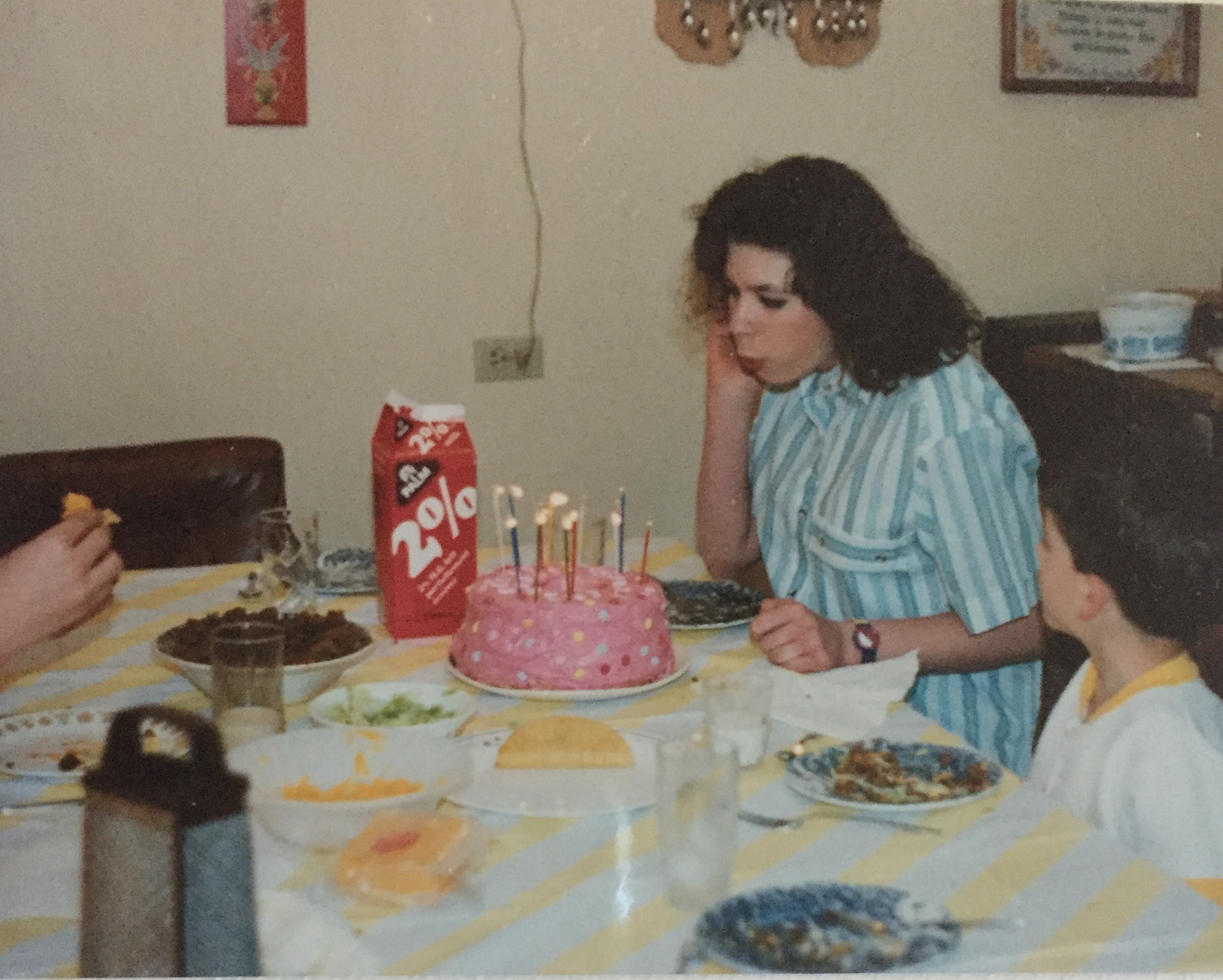 And so I print out photos so that my own kids can, in the future, take a trip down memory lane by paging through the photo albums, to remember the chilly day we biked around the lake and discovered that the town has followed in the lead of many places by adding comically large novelty Adirondack chairs for fantastic photo ops. Tiny people in huge chairs! What fun. 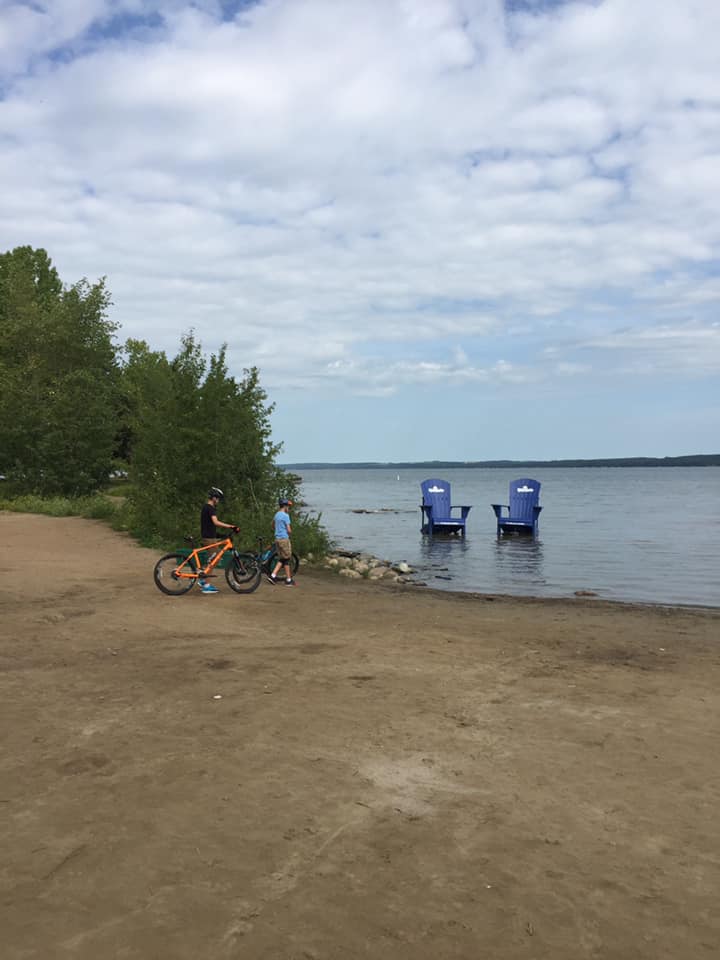 Don’t you love when you meet people who are just so in love with their lives that they glow? In talking to the girl with the film, it was revealed that she works for the Alberta parks division, and lives in a little hut in the mountains, far from wifi or cell reception or people or anything at all, in Peter Lougheed Park. “It’s so amazing!” she said to me. “When I come into the city it feels crazy, and I’m so happy to get back to my job! It’s just the greatest!” Shine on, you crazy diamond. It was a brilliant reminder that we are all so very different, and also that I love meeting people so wonderfully happy. I mean, to me it sounds nightmarish, and if I was in a similar situation I would either end up like Jack in The Shining or I would just wither away to nothing. A furry, grey-rooted nothing. There’s a place for everyone in this jigsaw puzzle that is life.

Speaking of The Shining, the boys rented it from the library to watch with their friends one afternoon at our place. As they were planning the viewing, my husband and I talked about how terrifying we found it, to their bemusement. “We’ve seen clips on YouTube and it seems really lame,” was their response. Well! I have to say that they are actually correct; the movie does NOT hold up well. “That wasn’t scary, it was just weird,” their friend said after the credits rolled and the lights were turned back on, adding that it should have really been a psychological thriller instead of a horror film. Was it not?

Well, I’m not going to re-watch it to find out; the few scenes that I did see did seem pretty dated and silly. I put the book on hold at the library though, as I’ve never read it. I will report back! Meanwhile, have a lovely weekend, everyone. xo