After several months of dissatisfaction, and weeks of reflection and much internal dialogue and agonizing, I have made a huge, life-altering decision. I have decided to grow out my layers. This feels akin to when one decides to stop taking birth control and try for conception: there is an exciting, yet scary, time ahead of you, but you have little to no actual control over the timing or outcome. What will the next few months bring? The only guarantee is that there will be a roller-coaster of emotions, and hopefully, in the end, a happy outcome. Lest you think I’m being over-dramatic, let me remind you that I have had layers in my hair for longer than I have had my children, and so I do not think I can overstate the Emotional Impact and Feeling of Hope that has resulted from this decision.

My beloved hair therapist, when I told her the news, had the exact reaction I had been hoping for: excitement and also shock, as I am probably her least-adventurous client. Well, maybe not her very least-adventurous; she does have a few elderly ladies who still get the Weekly Shampoo and Set. But other than those octogenarians, I am right up there. I know there are many of you who have the attitude that It’s Just Hair and Hair Grows, and those of you who get Something New every time you go to the salon, but I am not one of those people.

Me: I’ve made a big decision, I’ve decided to grow out my layers.

Hair Therapist: What? Really? Oh my god. Oh my god! This is going to be so fun! Let’s do it!

Since we have had a relationship that spans over sixteen years, she also knows how to talk to me: soothingly and comfortingly. Yesterday was our first big step – cutting quite a bit off the length – and she has made it painless and kind of fun. I feel like it’s a Whole New Me. Now I’m considering all sorts of new things, like buying a new handbag to replace my decade-old Matt and Nat crossbody one, which I love wholeheartedly but is, I feel, starting to look a bit worn. A decade of use will do that to a handbag. It’s starting to look, as my mother would say, like it has Had the Biscuit.

What does that mean, exactly? I’d like to know the origin of that phrase.

Not everyone was super-excited by my decision; my husband and kids were mostly puzzled by The Announcement.

Me: I have a hair appointment this week, and I’m making a big change! I’m growing out my layers.

My husband: What are layers?

My older son: I don’t know what that means.

So that was less than satisfying.

Apropos to nothing, I just finished this book: 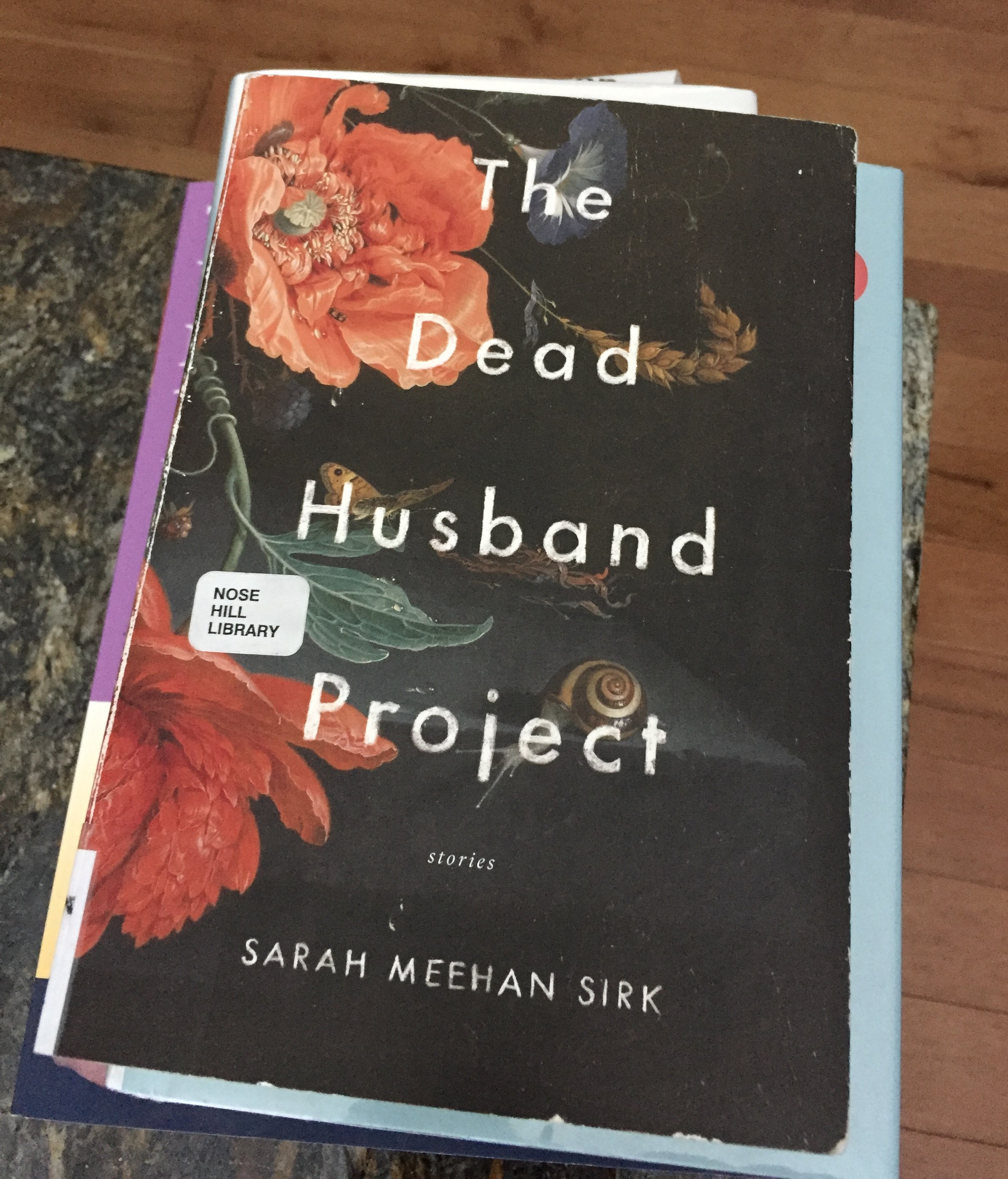 The title has caused much macabre merriment in the house. My husband looked at the cover and asked what exactly it was that I was reading. Better sleep with one eye open, babe.

Hilarious title aside, this is the best book I have read in AGES. It’s a collection of short stories, which is one of my favourite genres. Are short stories considered a genre? I don’t know. Anyway, one of my regular students, who has never steered me wrong with book recommendations, told me about it and It Is Excellent. I have been gravely disappointed with the last four or five library books I have read; they were all books with a lot of “buzz” and came with raving recommendations from friends. This was like a breath of fresh, thought-provoking and well-written, air. I was like a little kid, reading at night. Just one more story.

I finished this yesterday while I was at the salon, and not a moment too soon. When I had gone to pick it up, I casually selected two other books from the display shelves. Not two days later, I got a notification that two more holds came in. I walked over, picked up the books, and came home to a voice mail that notified me that another book was in. I was just there! Well, I have my free time, such as it is, accounted for now for the next three weeks.

Three weeks! I wonder what my hair will look like in three weeks. I am pretty excited about The New Me, but The New Me might not seem all that different to other people, especially because my hair therapist made a point of keeping my hair at an appropriate length for my standard Work Hairdo, also known as a bun. I have had long hair for many years and I’m very attached to it; I’m probably still scarred from the Big Decision I made in fifth grade, which was to get a haircut like Madonna’s in Papa Don’t Preach. Let me tell you, that was a very Bad Idea. That haircut didn’t look good on Madonna, and it certainly did not look good on me. It took AGES to grow that out; after two years this is what my hair looked like: 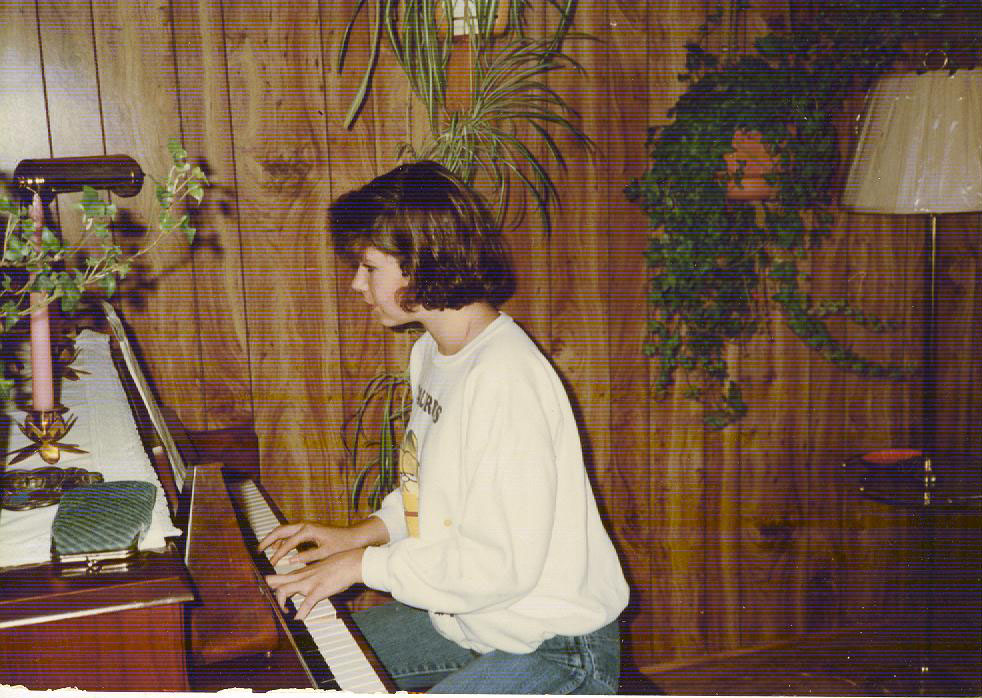 That was after two years of concerted effort. By the way, I love this photo so much. The ivy plants, suspended by macrame hangers. My Garfield zodiac sweatshirt. The orange ashtray on the lamp-that-has-a-side-table attached, and let’s not forget the panelled walls.

There are, I’m sure, photos of me with the disastrous Papa Don’t Preach hairstyle, but I don’t seem to have any available. Perhaps I will just leave it to your imagination, dear readers. xo