I admit that I’m very surprised that several of you have tried growing your own cilantro with no success, for the reason that I have had very little success with other herbs, but for me cilantro grows like a weed. Is it the super-dry climate I live in? Is it my basement grow-op that is never warmer than twenty degrees, and is frequently as low as 14 degrees in the winter? Is it the extreme love I put into it? No, the latter can’t be true – I’m sure you all were beaming your hearts like Care Bears at your own cilantro seeds.

Honestly, I can’t explain it. The only other herb that I’ve had any success with – and “success” is very loosely defined here – is basil, and even that was finicky and difficult and never amounted to much. Cilantro though! Here is my current crop: 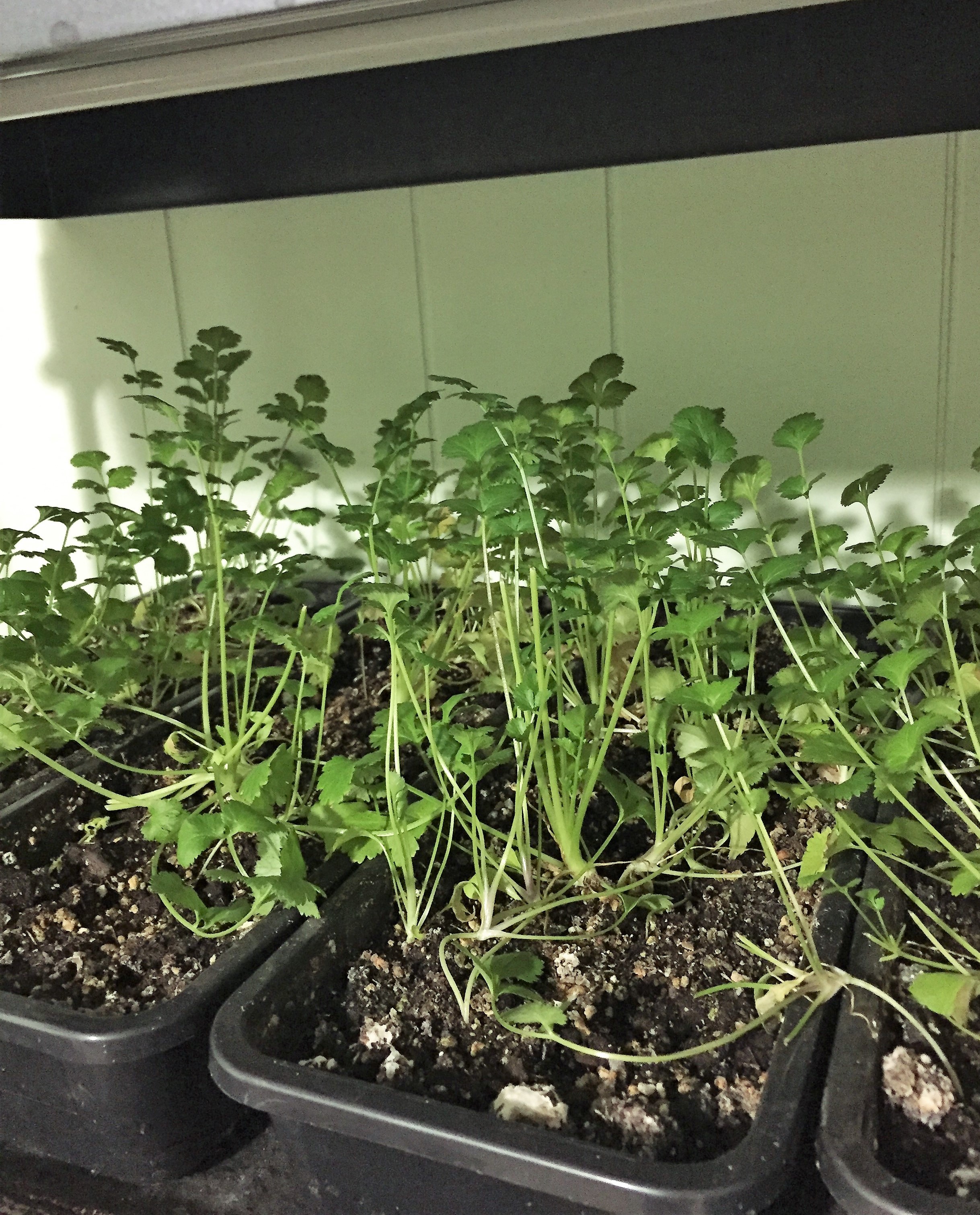 And here is the set-up, from a distance: 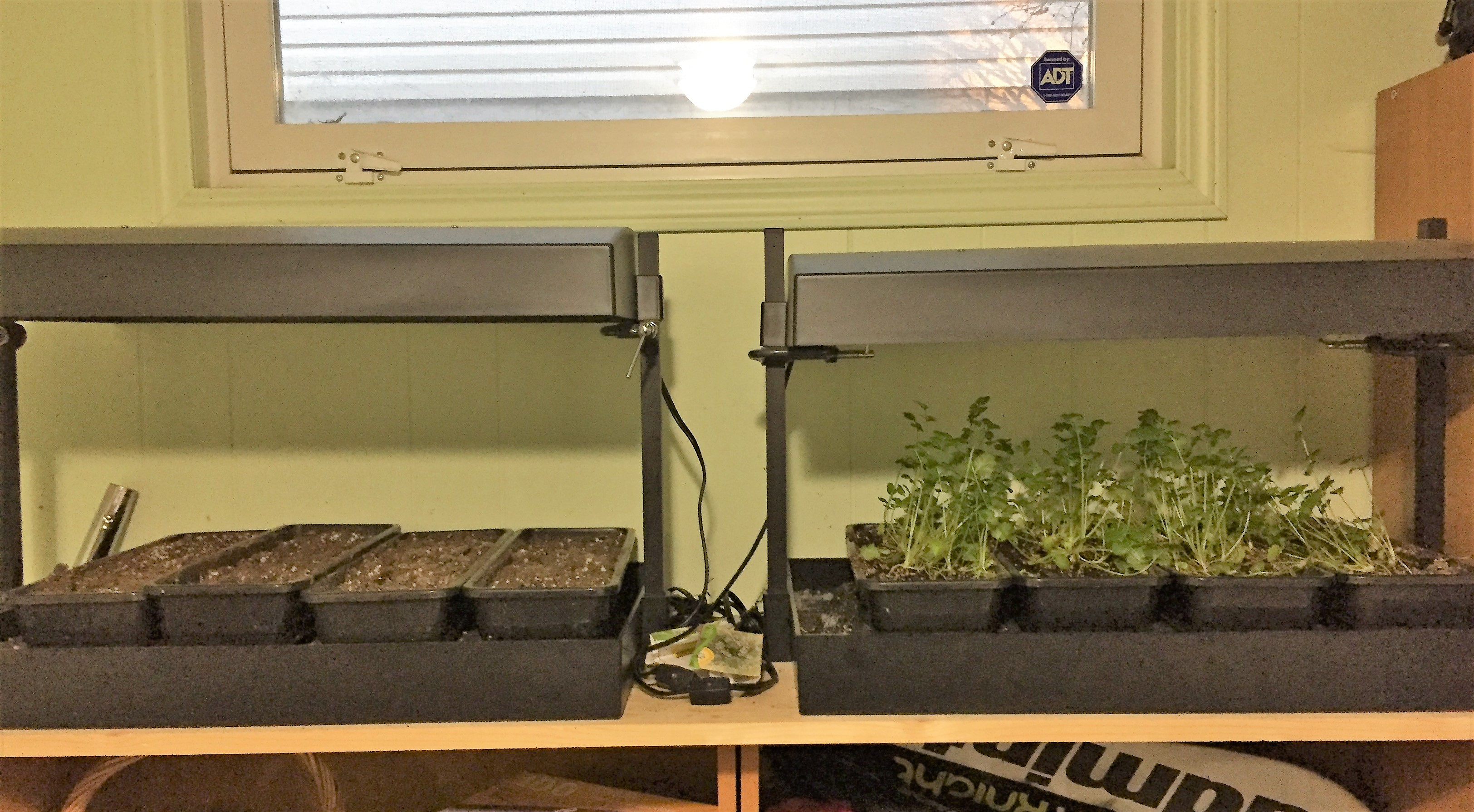 I have two sets, and one I allow to lay fallow, like I’m an actual farmer. Then when my cilantro plants are at the end of their little life spans, I plant the other set so that I can smoothly dovetail between old cilantro and new sprouts and so that I am never – save for this summer’s incident – without. 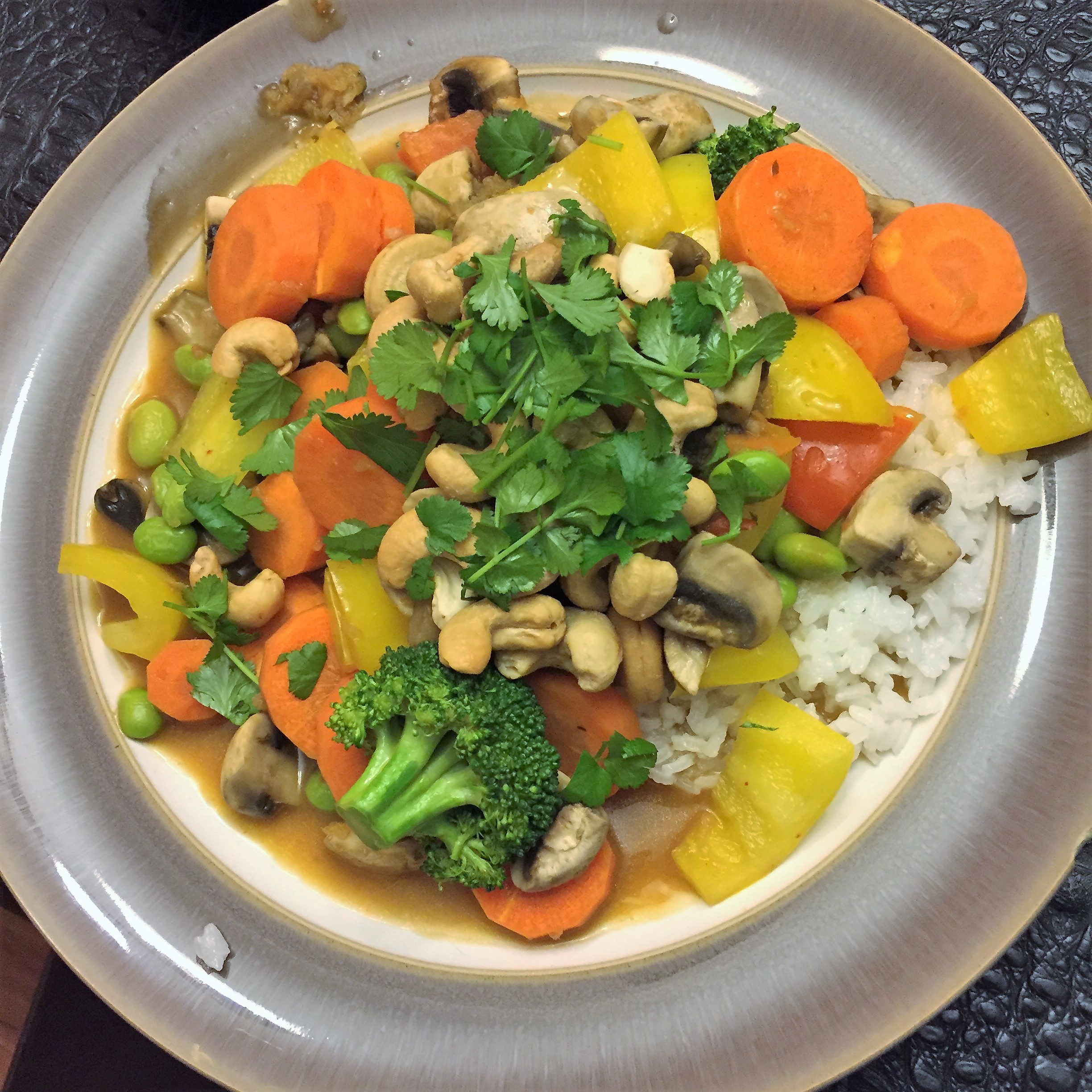 Anyone still here? I didn’t really come here to talk about cilantro, although I COULD. I could talk about cilantro all day long. I could also talk about how happy I am that the snow is melted and we are suddenly into FALL, like an actual autumnal season that people in normal climates have. Who knows how long it will last, and so carpe diem, carpe diem all damn day. I’m just thrilled not to be wading through the snow for a few weeks. I managed to rake up the still-soggy leaves and I had enough spring in my step to make my sole contribution to Halloween decorating: 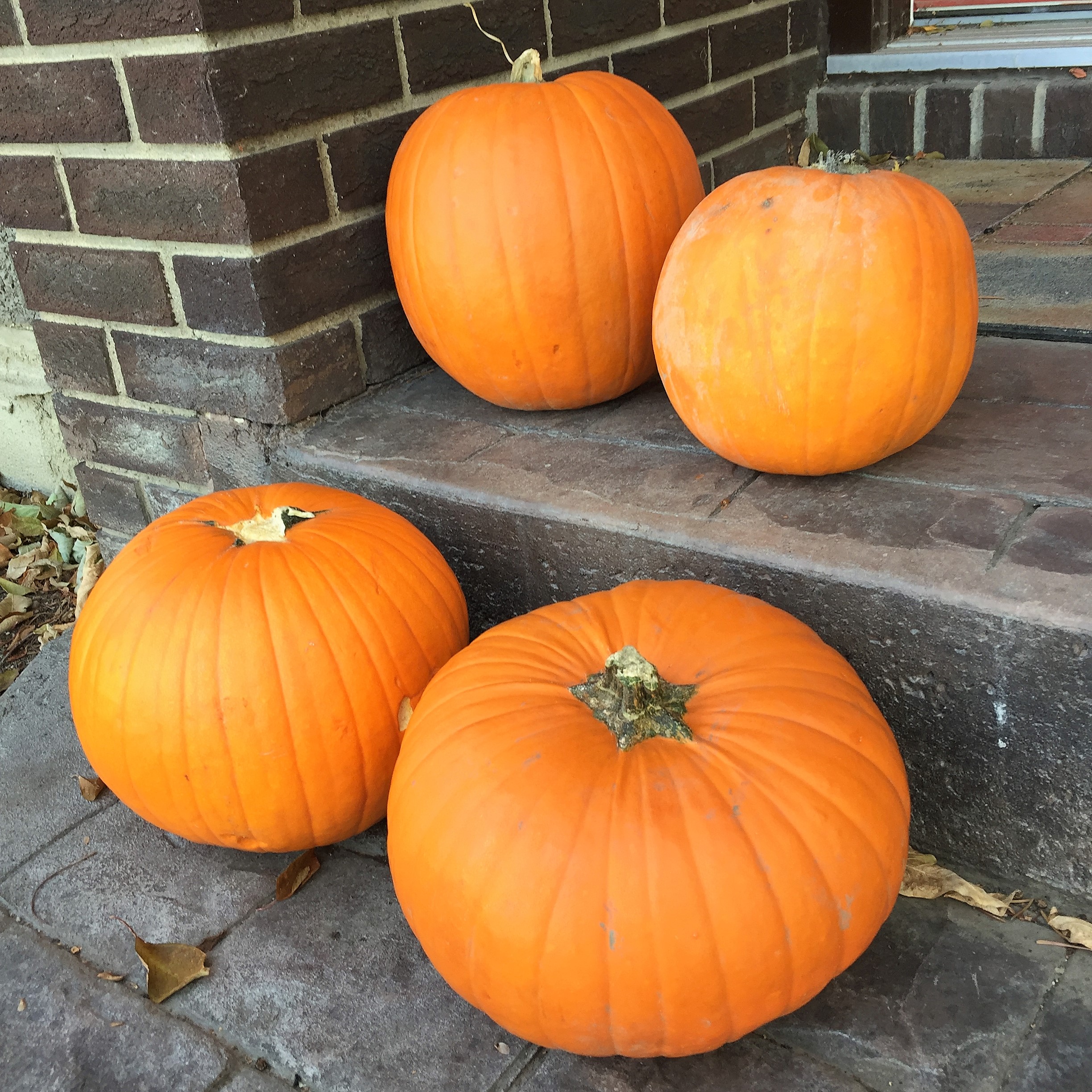 Aren’t they the most perfect pumpkins? This weekend the house will be transformed into something haunted, but it won’t be me doing the work.

What I really wanted to talk about today is current fashion, specifically one facet of current fashion: ripped denim. About a month ago I was at the mall shopping for a birthday gift for my dad, which was notable in itself as this was well in advance of my dad’s actual birthday. For some reason, I am usually scrambling at the last minute, like my dad celebrates on a lunar calendar and it is not actually the same date year after year.

Small digression: my dad is fantastic to shop for. He is the kind of gift recipient who immediately incorporates the gift into his life to show his appreciation, which I in turn appreciate very much. His gifts from me are strictly in three categories: shirts, golf balls, and aftershave, and I cycle through those categories throughout the year.

Another small digression: the last time I bought him aftershave, the woman at the counter – despite my clearly stating that I was shopping for my father – kept trying to steer me towards all sorts of pheromone-type sexy aftershaves with names like SEXUAL and similar. Lady, I am shopping for my DAD. I will leave the pheromones to my mom, thank you very much.

Back to the story at hand. I was in the Bay – an excellent dad-place – and I noticed a clearance rack of ladies’ clothing. I am not made of steel, and so I took a peek. This is what I found: 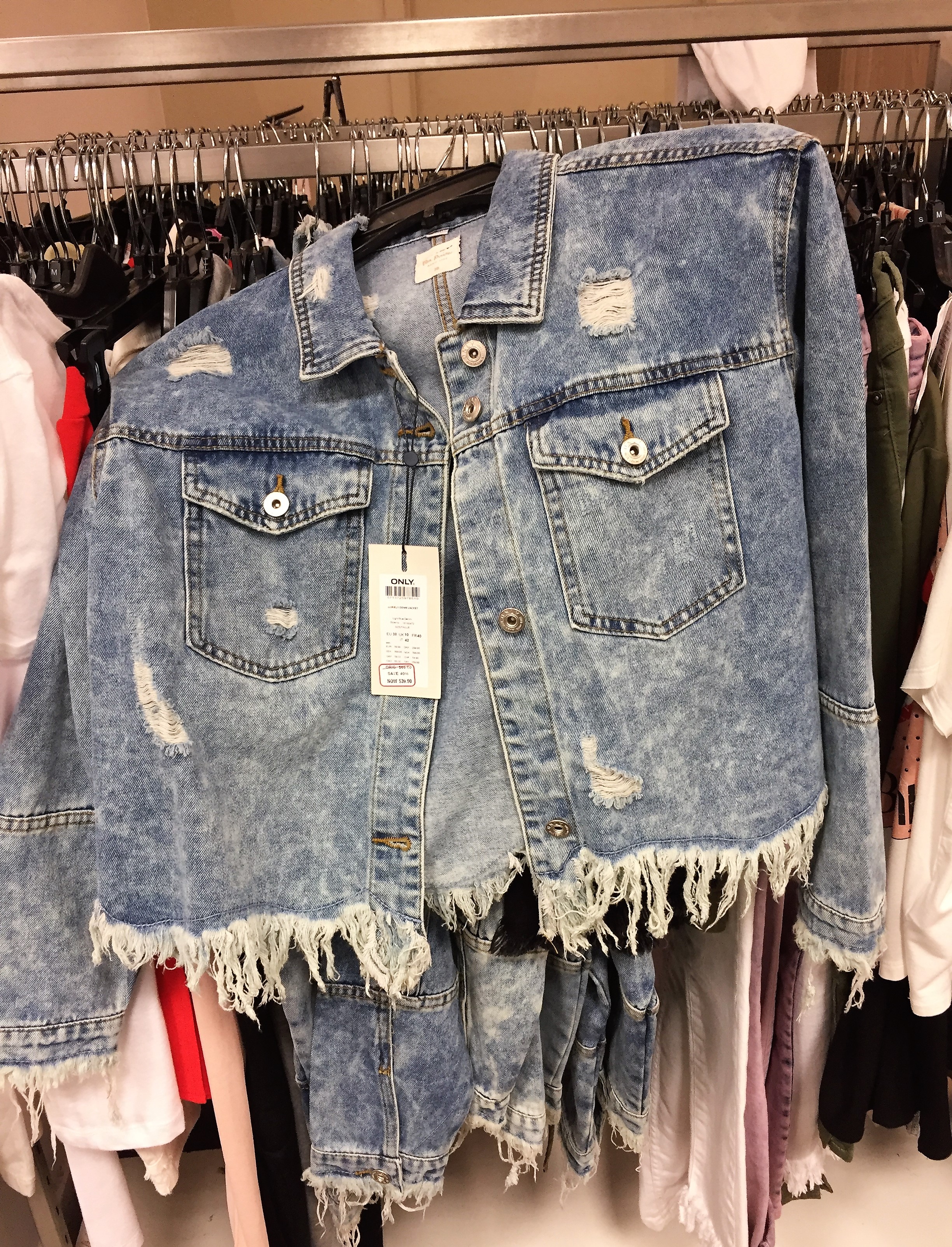 Further down the aisle: 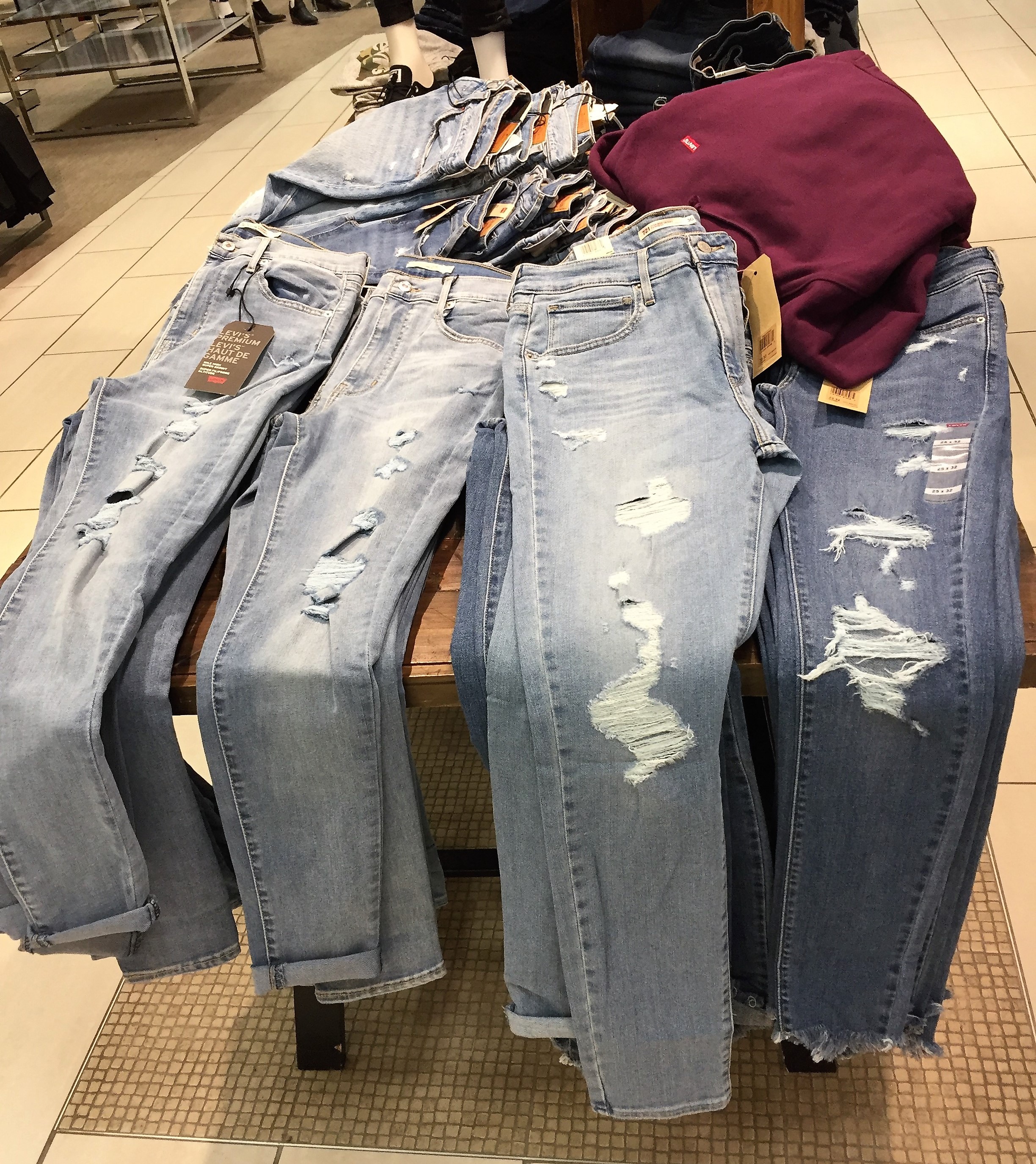 I would have LOVED those when I was the age my own kids are now.

“I hate milennials!” my 14-year-old said to me just yesterday, and when I reminded him that he himself would be considered such, he replied, “I know, but still, we are terrible.” I was laughing so much I didn’t even get the context in which this statement was made. Note: I do not share this opinion, mostly because I do not like making sweeping statements about entire groups of people. Also, to quote my dad, we shouldn’t HATE anyone.

However, kids these days do have a lot of things easier than we did, that’s for sure. For one thing, google. If you wanted to know the primary export of Argentina or the capital city of Ethiopia or Tom Cruise’s height or the calories in a Reece’s Pieces Blizzard, you had to either a) look it up in the Encyclopedia Brittanica, which your parents had purchased volume by volume, b) hope for a Tom Cruise expose while paging through your mom’s copy of Star magazine, c) buy one of those calorie counting books and hope for the best, or d) spend time in the reference section of the library.

When I was in university, I had an actual preference between microfilm and microfiche.

Now, all kids have to do is grab their phones and google things. They don’t know what a busy signal is, they can shop for literally anything they want online, and, these days, they can buy their denim pre-shredded.

Back in MY day, if you wanted ripped denim – and who didn’t? – you had to do it yourself. There was none of those artful tears and frays that are sold at a premium. Back in MY day, we took scissors to our jeans and spent hours fraying them so it looked natural, and we LIKED it that way. Goddammit.

I am not one to revisit my youth, particularly in terms of style – BEEN THERE, DONE THAT – but this week as I was raking leaves I considered my yard-work outfit: old Skechers that have flowers on them (my special garden shoes!), my old Goodnight Moon t-shirt that I bought for Blissdom 2013, and these: 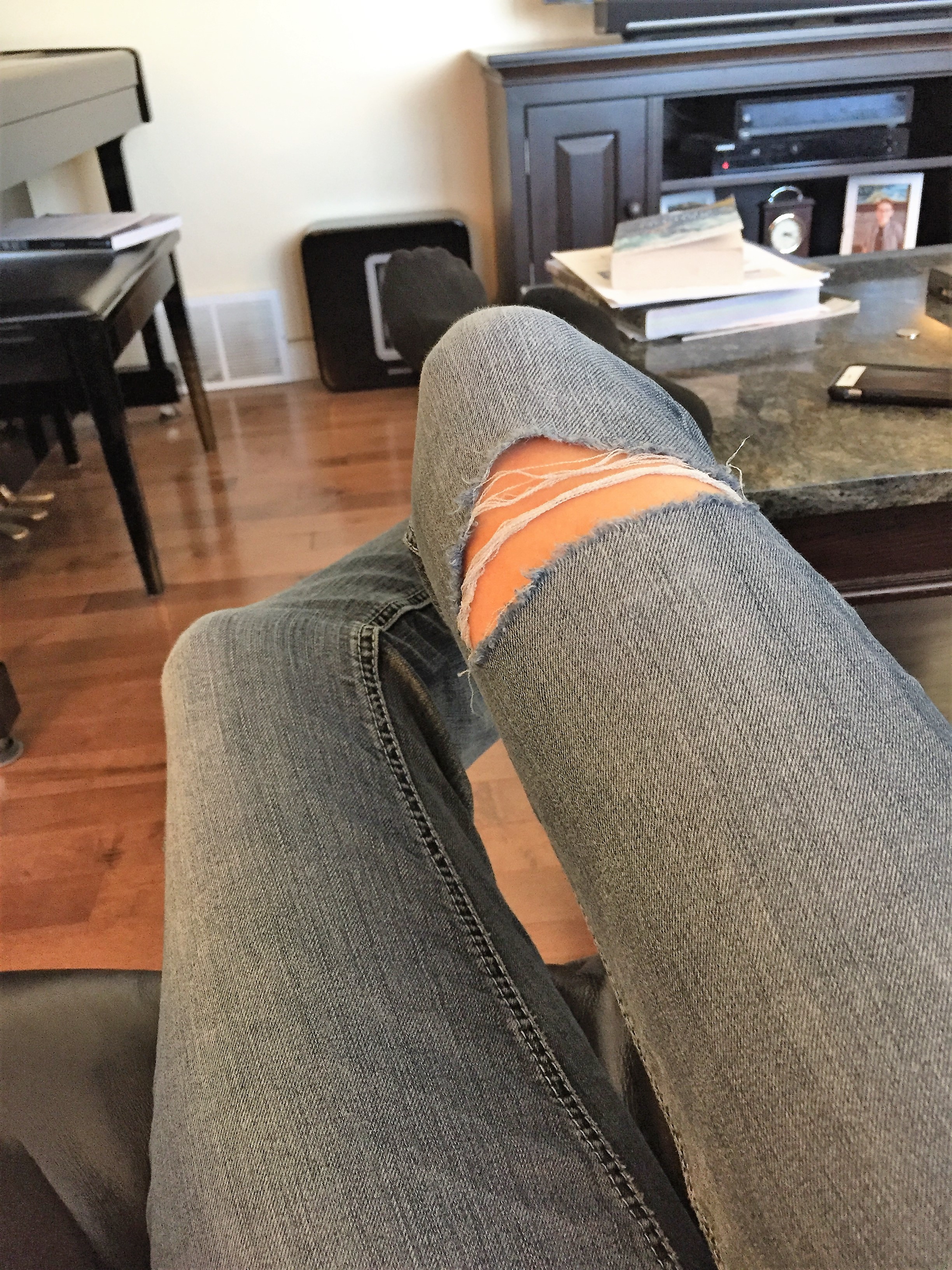 Look! I’m on point, fashion wise! This is what happens when you have the same jeans for six years. I earned that! Kids these days, sheesh.