Yesterday the 14-year-old got to bang this gong, signaling the removal of his braces: 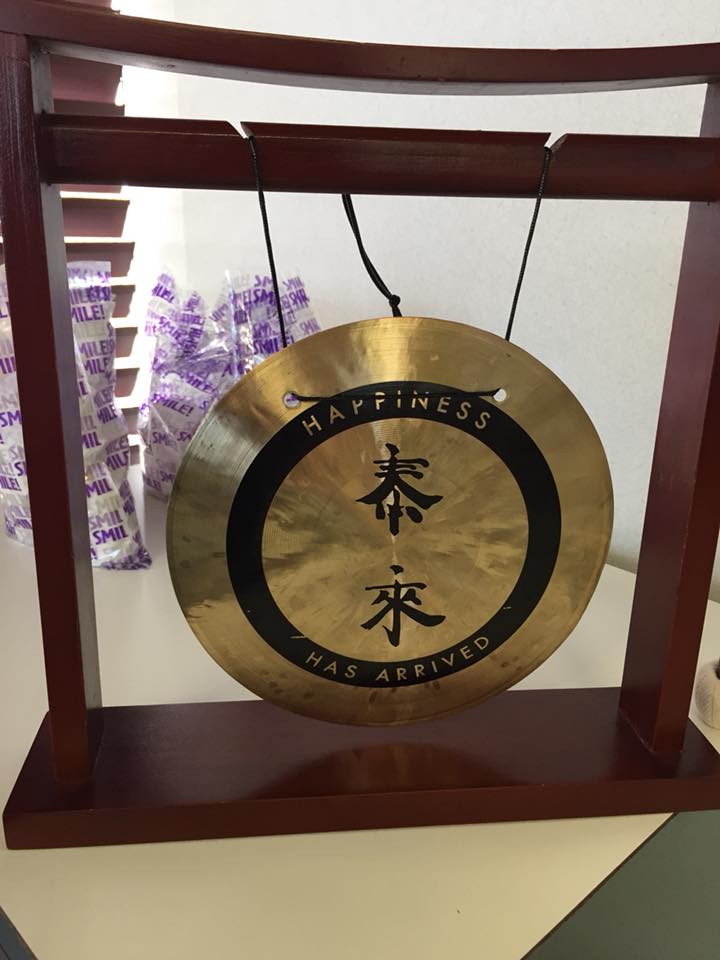 Happiness has indeed arrived! For a little while, at least. The braces, which were supposed to be on for 18-20 months, lasted 26 months and if you don’t think that extra six months is a big deal, you are wrong. Of course, now he has a retainer and an appointment for a checkup in two months, which takes us to the exact same week the 12-year-old has an appointment to see if he’s ready to get his braces put on. I shall enjoy this two month reprieve from the orthodontist’s office greatly.

I really do love the orthodontist office: everyone is so lovely and professional, and they have all sorts of neat little things for the kids, the gong, for example. After getting the braces off, the kids get a gift pack full of the treats they aren’t supposed to have while under orthodontic care, but that my son has been enjoying this whole time. It’s a nice gesture, anyway. They have video games and saltwater fish tanks in the waiting room, kids spin a wheel to get prizes like gift cards for frozen yogurt or movie passes, and a couple times a year the orthodontist rents out a movie theatre for all the current patients to enjoy, popcorn-less though they may be. I really do like the practice except for one thing: their appointment reminders.

Here’s how it goes: I make an appointment at the office, and I receive a calendar sticker and not one but TWO emails confirming the date and time. Two weeks prior to the appointment I receive an automated phone call. Three days prior I receive another two emails; the next day I receive a text, and the day before the appointment another phone call. I’m going to go out on a limb here and say that even for the least organized person in the world, EIGHT reminders for each appointment is too many. There is going to be an overlap with my kids and I am already sighing, thinking of the myriad reminders I am going to get. I won’t forget, I promise.

Do you have an old-school paper calendar? I have an agenda that everyone in the house calls my “Mom Book” and I write down absolutely everything, from the meal plan to appointments to yoga classes to general housekeeping/ baking chores that need to be done. Everything I do is written in the book and if it’s not there, I will be totally lost. I know many people rely on their phones but for me, it’s all about my paper agenda.

I’ve had a lot of things to write down in the last week – more than normal, even – because we had a furnace/ thermostat issue that snowballed into several plumber-related issues. Last week when it was minus 22 with windchill, no I’m not kidding, in April, I noticed that the furnace was kicking in at odd and seemingly random times. As well, our never-used bathtub was only getting cold water, and while it is never used, I would still like it to be working properly in the event that there is an issue with the always-used shower. Then, the day the plumber came there was an enormous water leak underneath our kitchen sink that was leaking into the basement, which turned out to be our water filter, which required me making a completely separate appointment with the water filter people. The single benefit to this, other than getting all these things fixed, is that our plumber is a very good looking and jovial young man, which made such an afternoon spent getting work done much more pleasant.

Well, at least I’m not pregnant in a covered wagon, I said to myself. It’s my new mantra since the following books came in at the library on the same day. 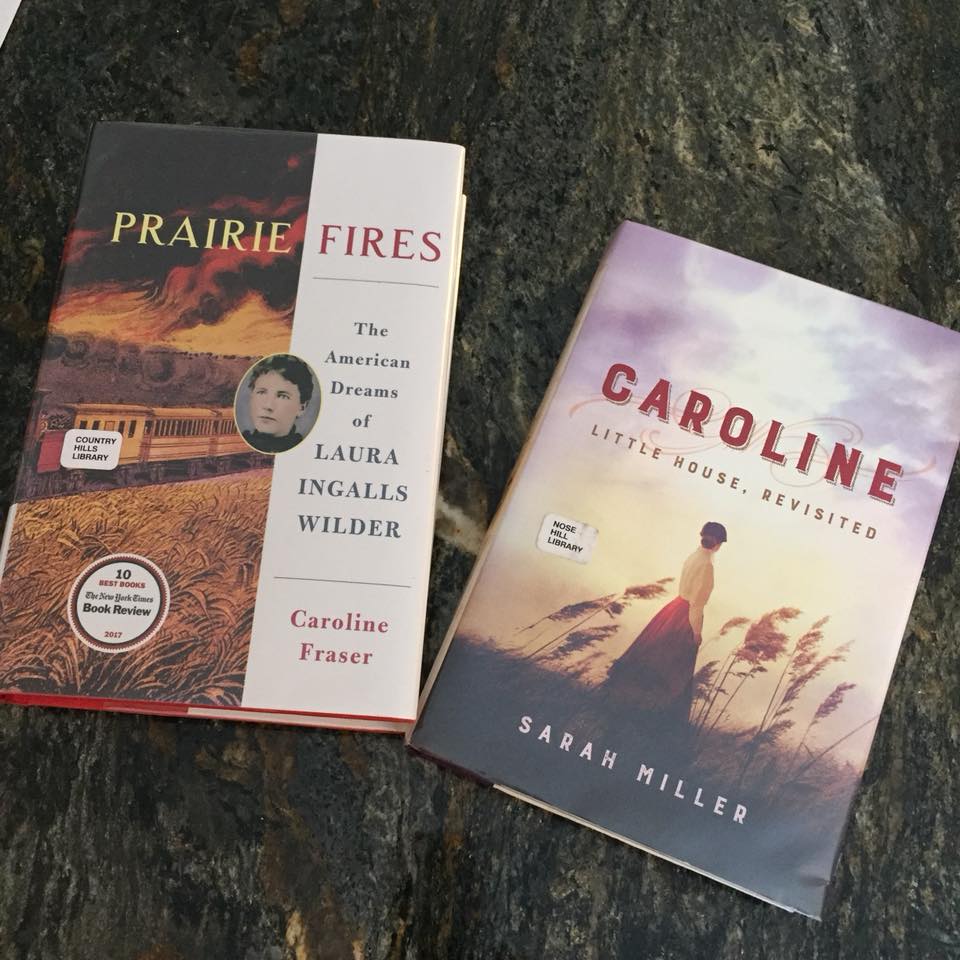 For those of you who loved the Little House books – not the TV show, that’s a whole separate thing – you will love these books. I am only partway into Prairie Fires, but I just finished reading about the Hard Winter. It made me feel badly complaining about Calgary weather; I am not, after all, living in an uninsulated tarpaper shack cut off from the rest of the world in a state of semi-starvation with no solution whatsoever. The thermostat wasn’t working, so we got it fixed! I didn’t have to start burning hay or anything to keep the family from literally freezing to death. If you ever want to feel good about modern life, these books are a good start. Do I have to cook cornbread over an open fire somewhere in Minnesota immediately after my husband inadvertently almost drowns us all? No? Am I pregnant and riding in a covered wagon for months and the only upside to that condition is not having to wash out rags used for my monthly visitor? No? Am I living miles away from a neighbour and worried about giving birth by myself in a tiny shack in the vast prairie with no medical care? No? Then probably everything is a-okay.