The other night, our dinnertime conversation centered on names, and whether the names we give our children are self-fulfilling prophecies. I’ve always been fascinated by names and how they change with trends and generations. The book Freakonomics has a very interesting chapter on names and demographics, and of course I’m watching with interest as names start to come back into style that would have been considered ridiculous when I was a kid. The boys have become big Seinfeld fans – “Santa” gave them the complete series on DVD at Christmas – and there is one bit where Jerry reflects that calling a child “Jeeves” pretty much guarantees a career as a butler. The conversation turned interesting when one of the boys said that it was no wonder Scar from The Lion King was evil; just look at the other names the lions were given. Mufasa. Simba. Sarabi. Nala. All beautiful, majestic names, and then there’s Scar. The other boy said he hoped it was just a nickname given later in life, because if someone was born with a deformity, it seemed cruel to name them after that deformity. “I mean, if you were born with a gigantic head, it seems mean to name a baby Big Head.”

In any case, we all decided that poor Scar was a bit misunderstood and maybe even bullied a little, which is why he turned out the way he did. It’s interesting, always, to look at things from another perspective. I stumbled on this tweet stream the other day and people, it always pays to look at things from someone else’s point of view. There are always at least two sides to every story. 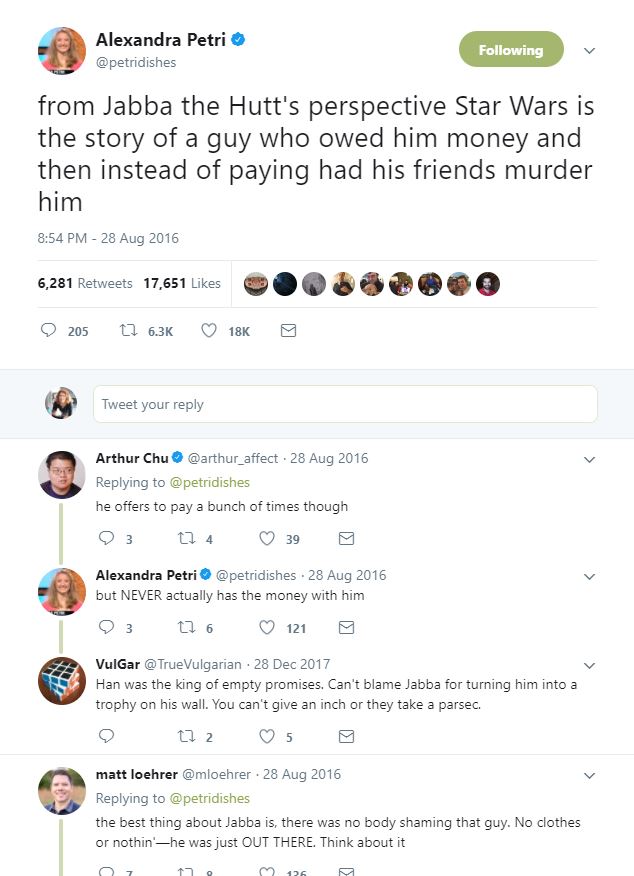 There are two sides to this story as well, but here is my side: my good scissors are missing. Someone who shall remain nameless but who is under fifty and is not me misplaced them; bless his heart, he was helping his father take down the outdoor Christmas decorations, a thankless task, and somehow the scissors have disappeared. Now, I have a very tidy and well-organized house, and believe me when I say THEY ARE NOT IN THE HOUSE. Possibly they were accidentally dropped in a snowbank somewhere, but I think it’s more likely they are in one of the many boxes housing the decorations that are now in the rafters in the garage.

It doesn’t matter what happened to them. What matters is that for the last few weeks I have been forced to use our secondary pair of scissors, a much cheaper and far inferior product.

The good scissors were a wedding gift from my then-boss (HI GARY, WHEREVER YOU ARE) and they were Henkels. When he gave them to me, he jokingly said “You can think of me every time you cut something” and I swear to you, I actually did. But now, upon being forced to use the inferior scissors, I found I was only thinking of my grave disappointment with each use.

Enough is enough and today I headed out in the freezing cold to purchase a new pair of Henkels from The Bay. My motto is to never buy anything at The Bay that isn’t on sale, but needs must sometimes you guys, needs must. It took a lot of internal conflict for me to buy them, with my half-Scottish side reprimanding myself for even THINKING of spending a ridiculous sum of money on scissors when a) the others might turn up next Christmas or when the snow melts, and b) they weren’t even on sale. But you know, I thought it was a small price to pay to have nice scissors again, and not think sadly of the son who misplaced the scissors – WHILE DOING SOMETHING HELPFUL, HE DID NOT MEAN TO DO THIS THING.

Anyway, they are now in my possession and look: 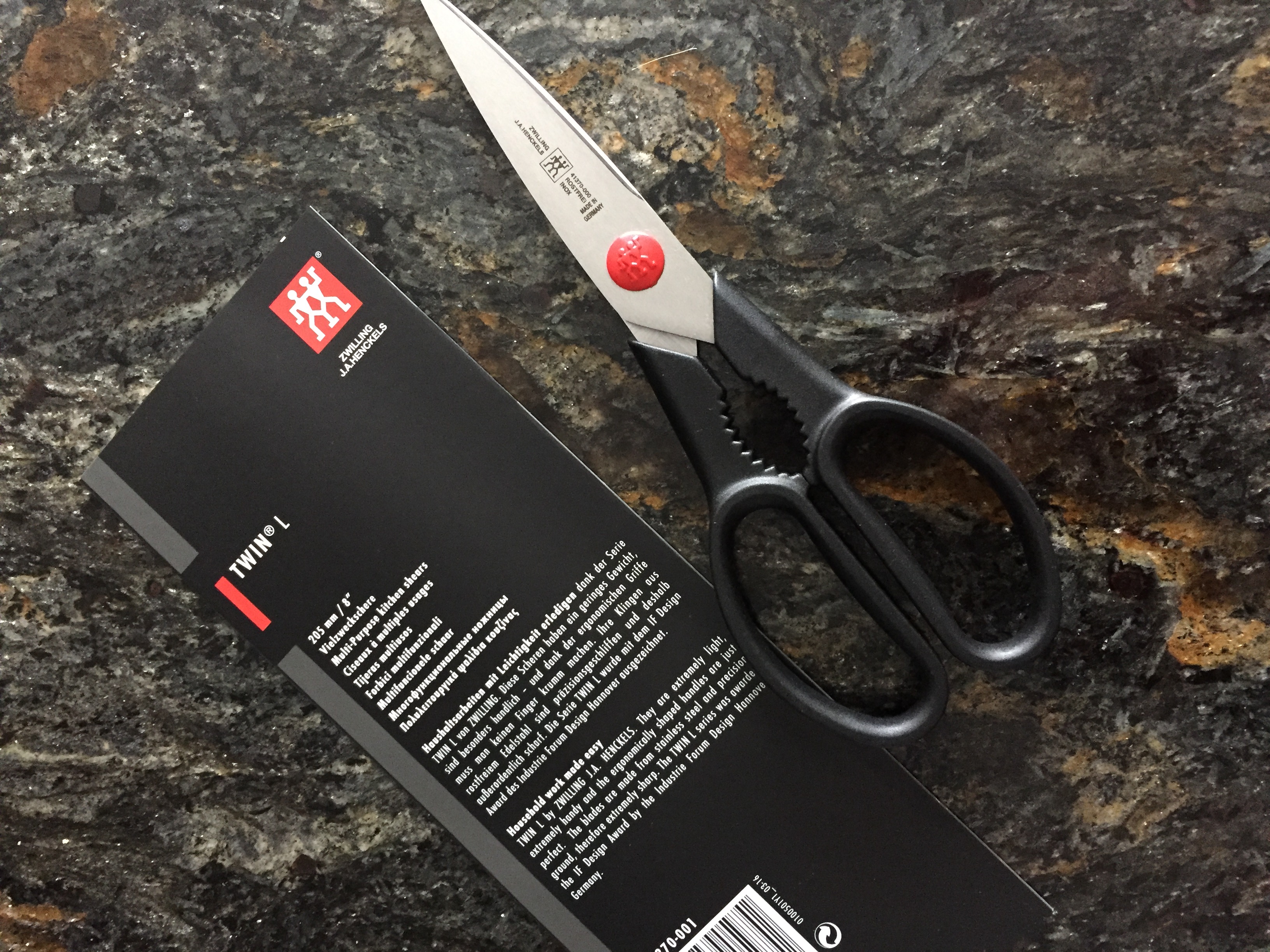 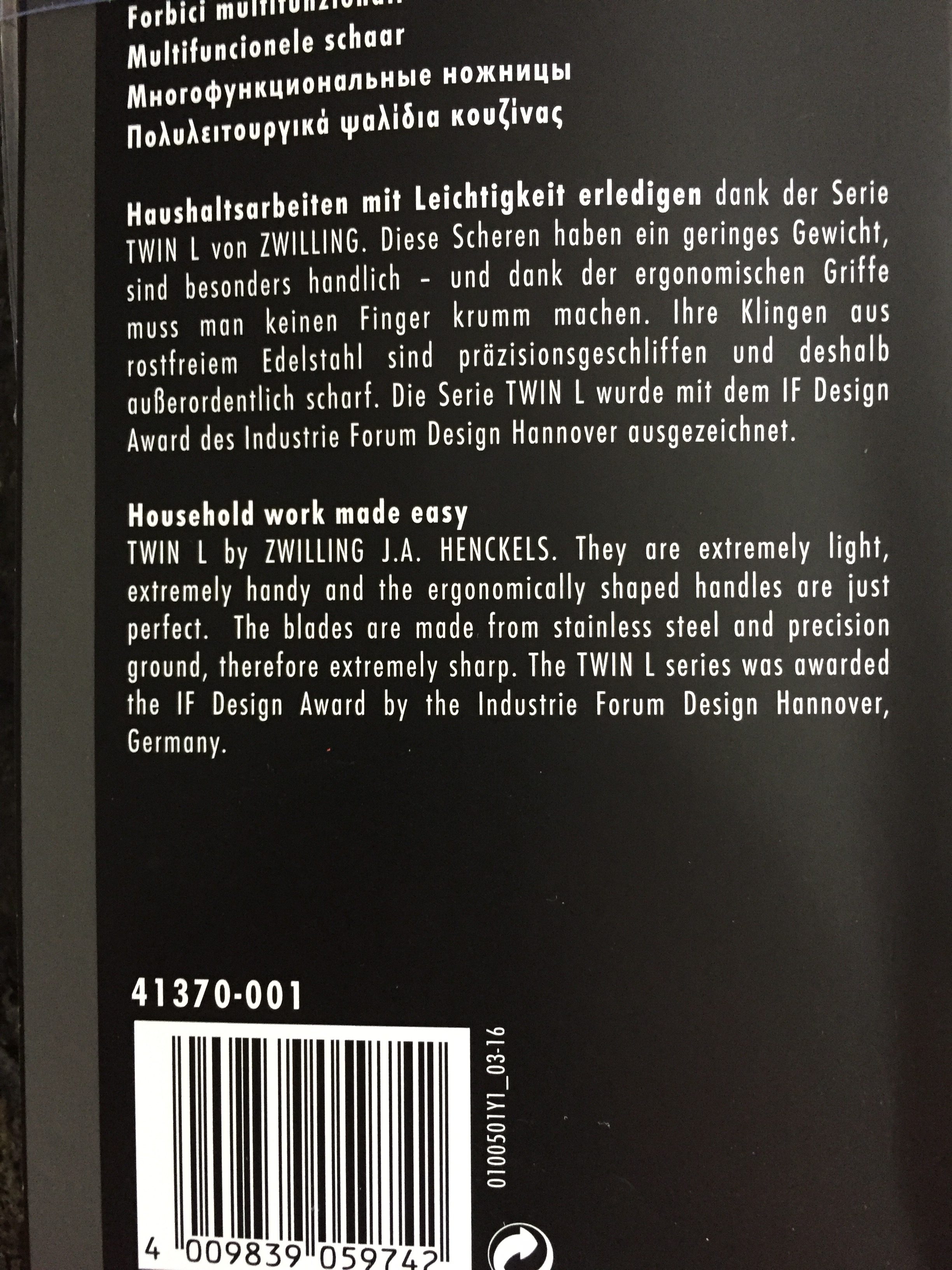 “Just perfect” – they are, really.

It’s all about perspective! And on that note, I’d like to share my perspective on a few books sent to me by Simon and Schuster. I was not compensated for these reviews, but I was sent advance reader copies of each. 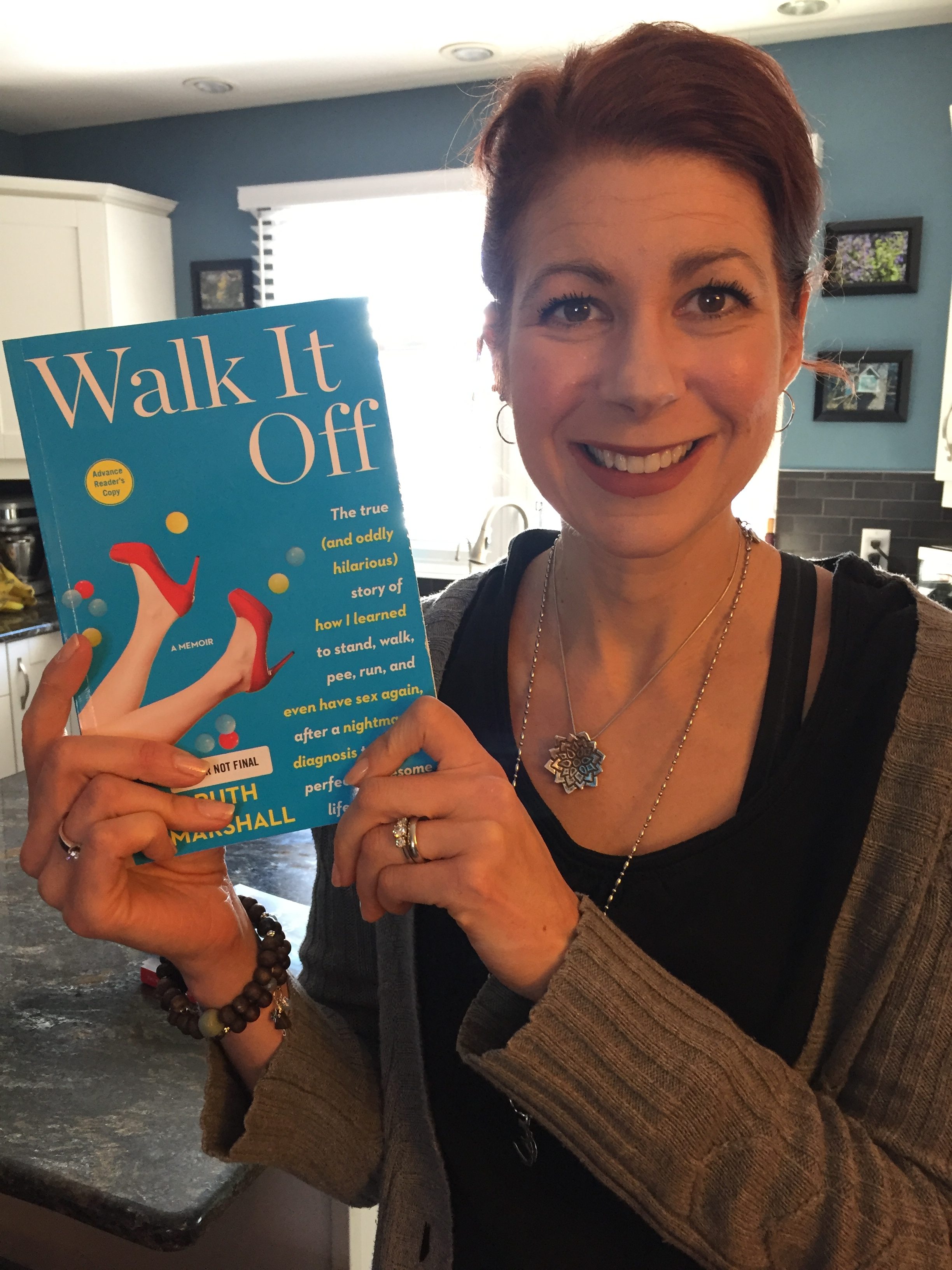 Whenever I get a headache – which is rare, I am not headache-prone – I think, in the voice of Arnold Schwartzegger from Kindergarten Cop, it’s not a tum-ah. But what if it is a tumour? Ruth Marshall – an actress noted for her role in Degrassi, among other things – dismissed her tingling legs and clumsiness, only to find out that she had a giant tumour on her spine. Walk It Off is her memoir (what is the difference between memoir and autobiography?) about her diagnosis and recovery, and although it sounds quite grim, it’s actually really hilarious and heart-warming. You can’t help but put yourself in her (flat) shoes and wonder what it would be like to be in recovery and rehab, with two children, learning to walk and use the bathroom. You also can’t help but get slightly alarmed when you wake up with pins and needles in your hand, ostensibly because you slept in a weird position, but WHAT IF. It’s a really great, quick read with the kind of “a door closes and another opens” ending that I absolutely love. 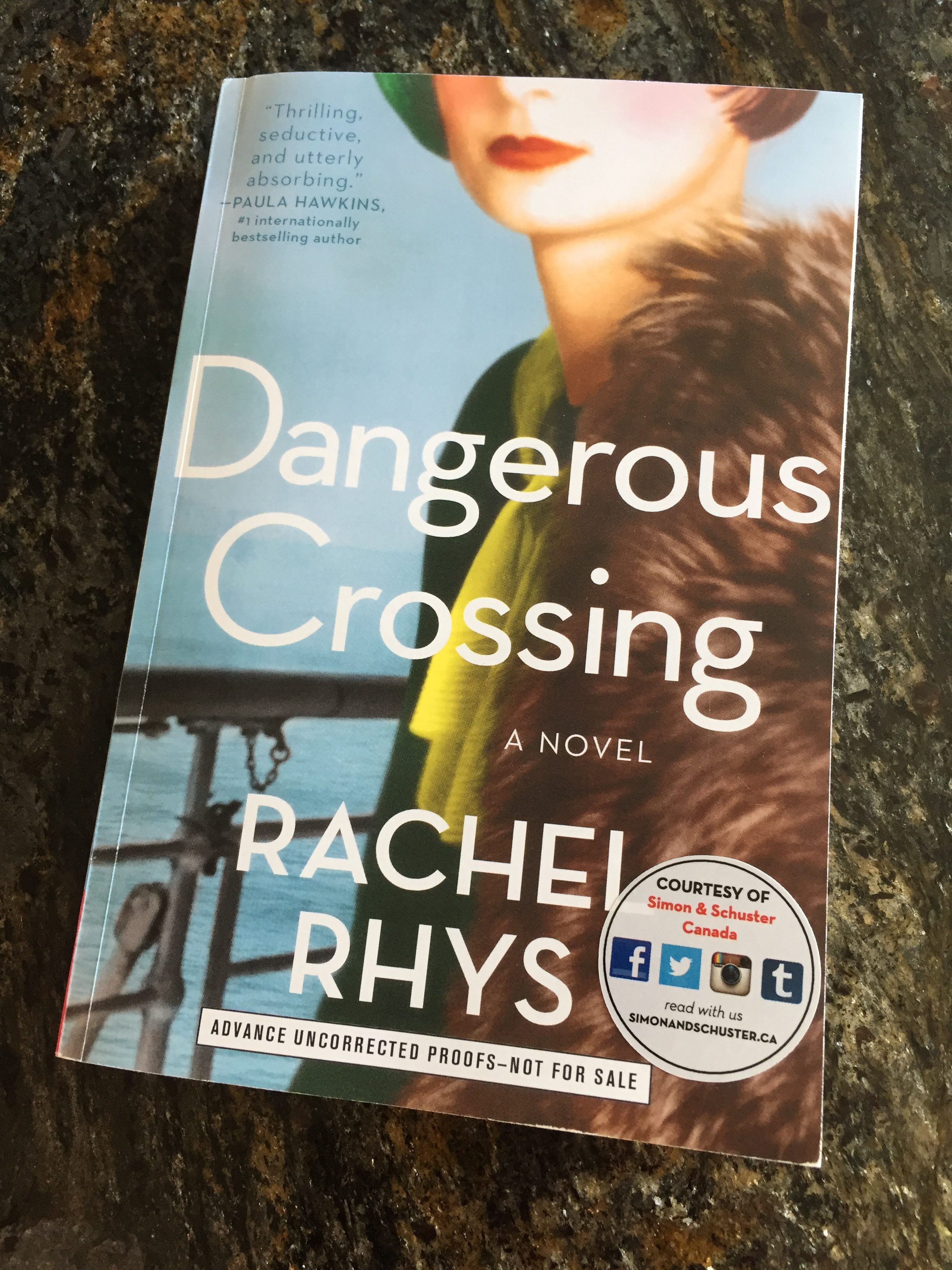 As soon as I finished this fabulous mystery I immediately lent it to my mother, who loves mysteries and historical fiction. Dangerous Crossing is the story of a British domestic servant who took advantage of an offer from the Australian government to sail Down Under; apparently domestic servants were in short supply, and the Aussies would pay the passage of young women to go into service. This was in 1939 and really did happen. Now, with any historical fiction, there will be some parts that are NOT strictly historical; behaviours and attitudes tend to be modernized so as to not offend the reader, and this book is no exception. Also, I found myself wondering how on earth a domestic servant would afford a cream silk evening gown, and why cream? It would be hard to clean on a ship. But ignoring that, this book is delicious and fun and I really did not see the ending coming, at all. I like those kinds of twists. This would be an amazing travel read or a book to take to the beach.

Things To Do When It’s Raining 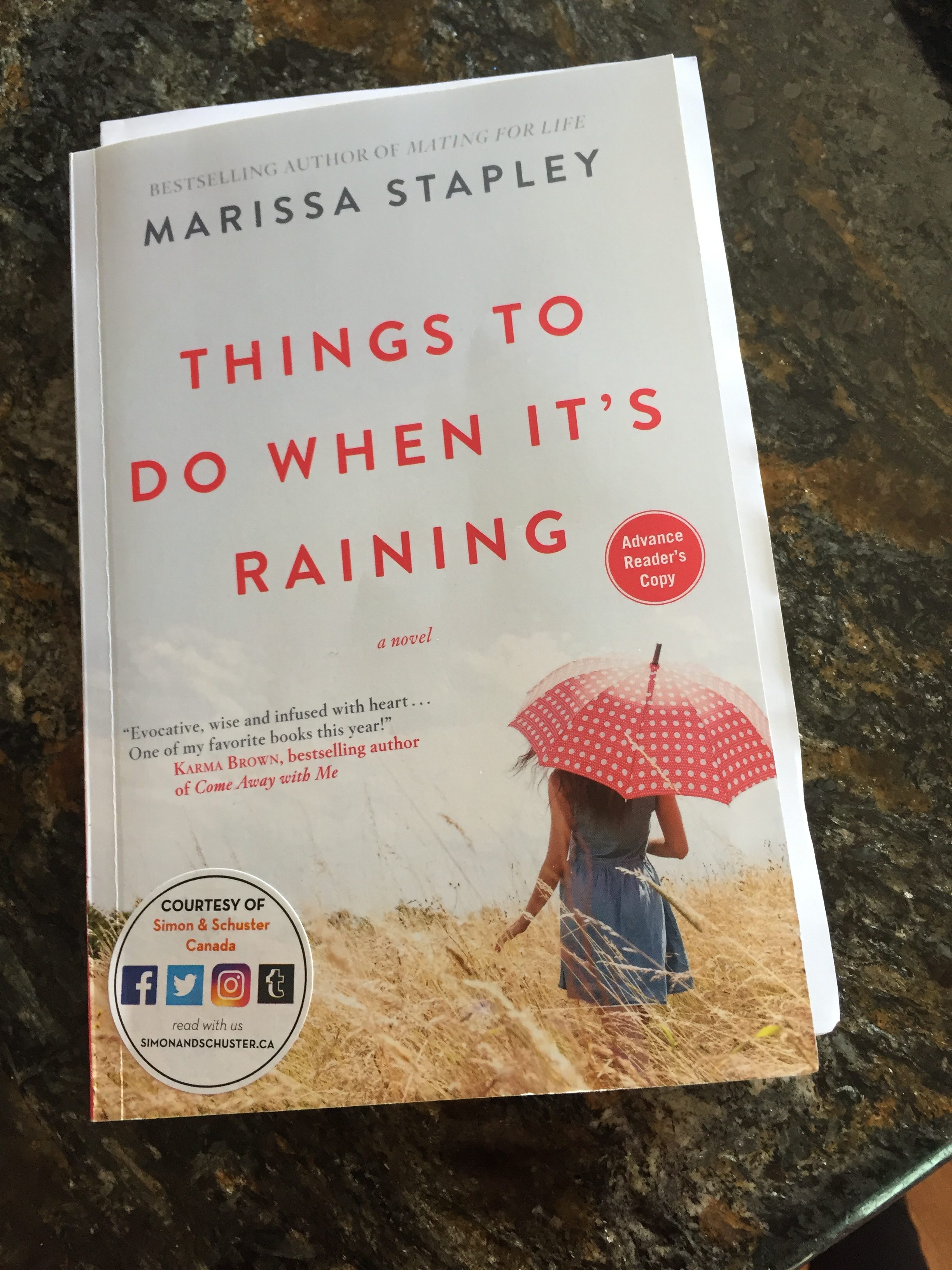 This lovely gem of a book is all about secrets and how they can tear you apart, and the healing power of forgiveness and love. Things To Do When It’s Raining has a lovely message and interesting characters, and this paragraph, I think, says it all. 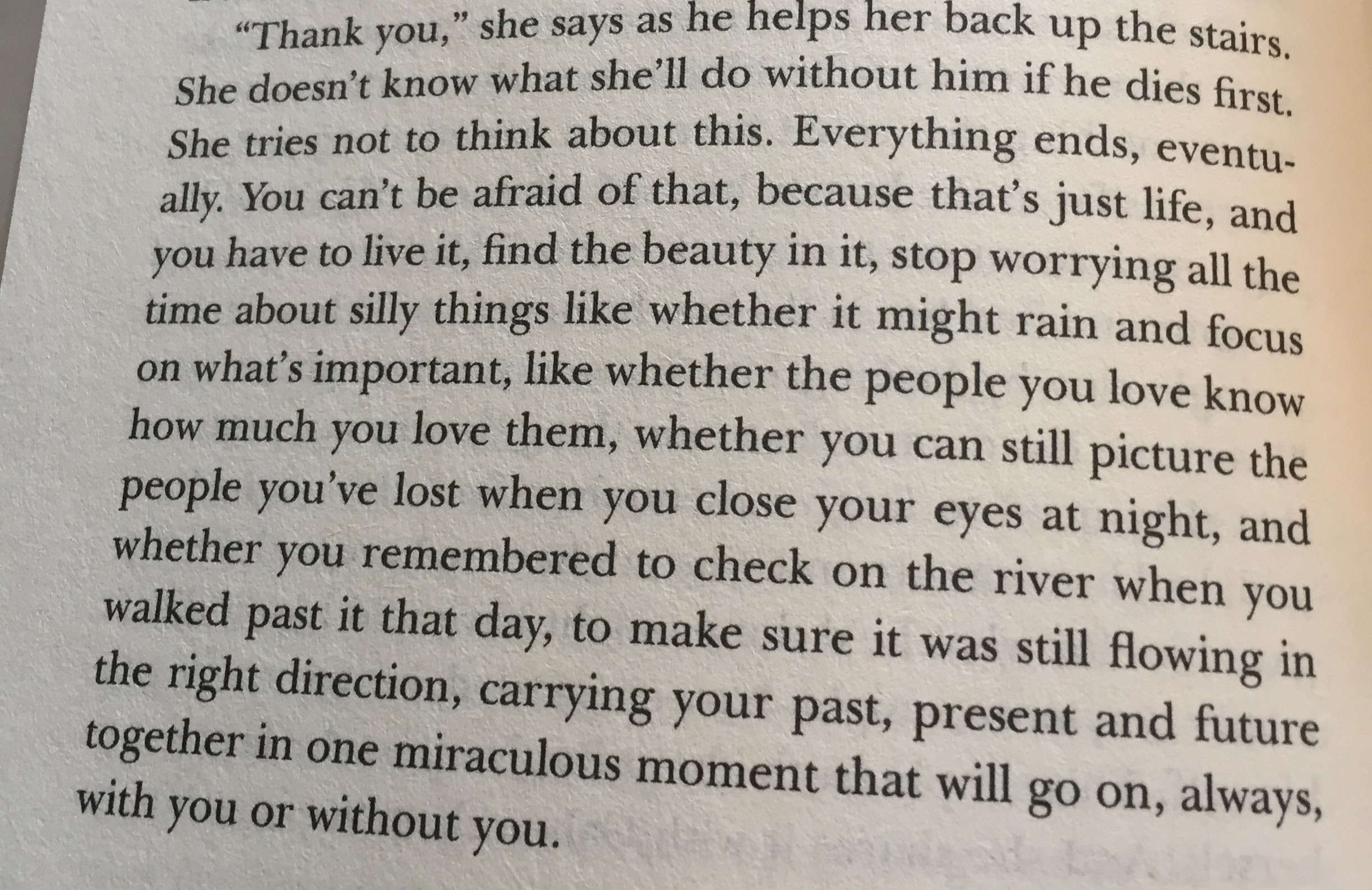 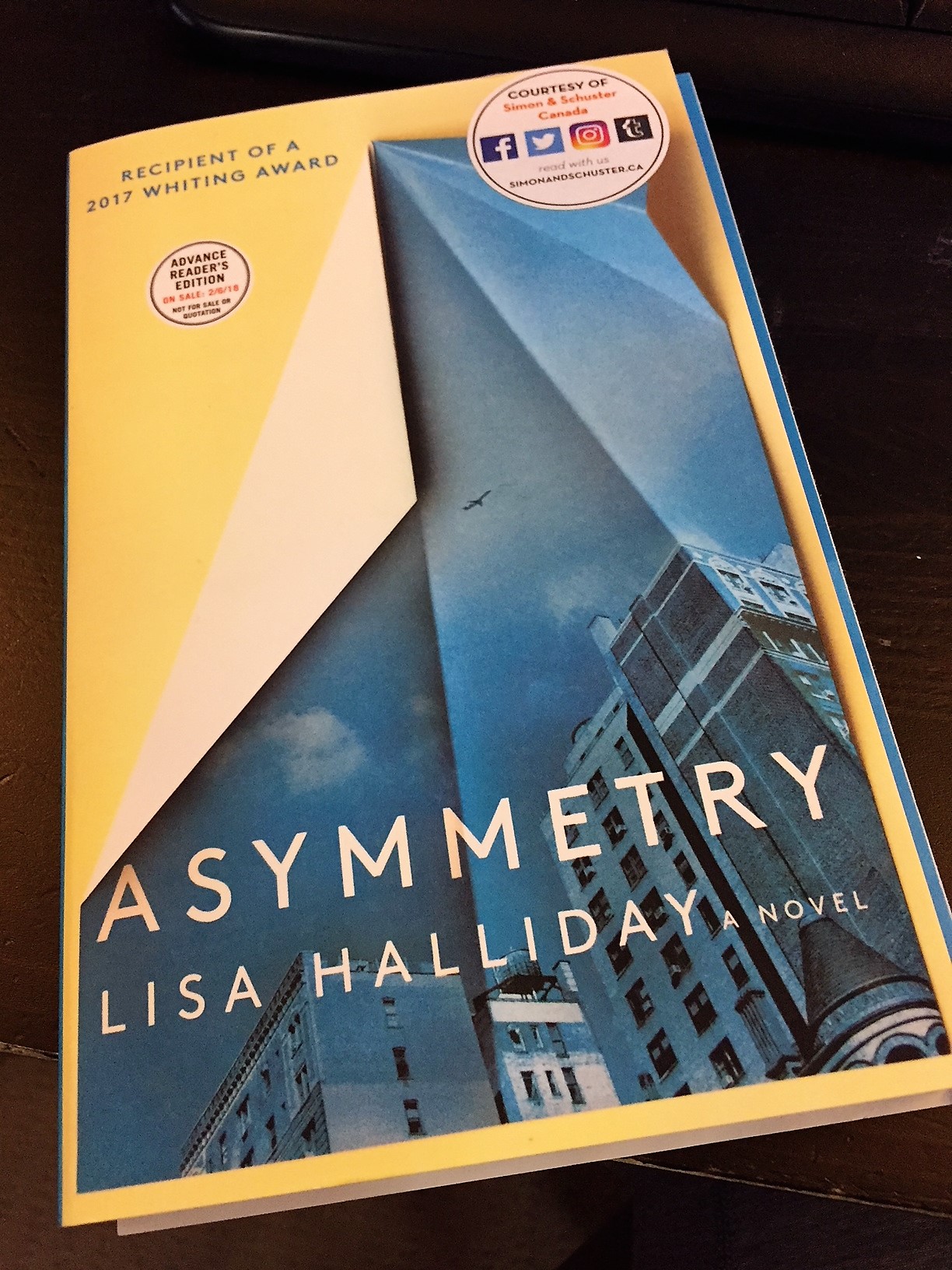 I saved the best for last. Of all the books I read in 2017, this might be my favourite. Asymmetry is an incredibly written, beautiful story in three parts; the first two seem like they are completely unrelated, from the perspective of two completely unrelated people, but in the third part, we see how they overlap. It’s a debut novel and it’s amazing – a must read. From a May-December romance to an Iraqi-American detained at London Heathrow, the intertwined stories are fascinating. I loved this so much that I have already decided to re-read it on my next plane trip – it’s such dense, gorgeous writing that I feel that I will get even more out of it on a second read.

On that note, I have laundry to fold and banana bread to make (I still have SO MANY frozen bananas) and a class to teach so I’m signing off. xo