I’m going to preface this post by saying that I’m on my eighth cup of coffee and I have taken two Advil Cold and Sinus, so things could get interesting. Also we are at less than eight hours of daylight, it’s almost a new moon, and holy moly things are dark. I’ve been fighting this virus that we all seem to have this week; it’s the first time I’ve been sick since sometime in 2015, so I have kind of forgotten what it is like to be incapacitated. The great news is that the whole-body fatigue that had taken me down is gone; in its place is a bit of a stuffy head, but since I feel okay being upright, I think I am on the mend.

Me: I think I’m almost totally back to normal!

My husband: You realize that you are totally out of breath just walking up the stairs, right?

I have a tendency to overdo things a little and I am really trying not to. I am trying to take advice I give friends, which is to rest and recover. Apparently it’s easier to give advice than to follow it, who knew? But yesterday I knew I had to do something and so I took the whole day off. I did literally nothing except watch The Price Is Right and five episodes of The Crown. 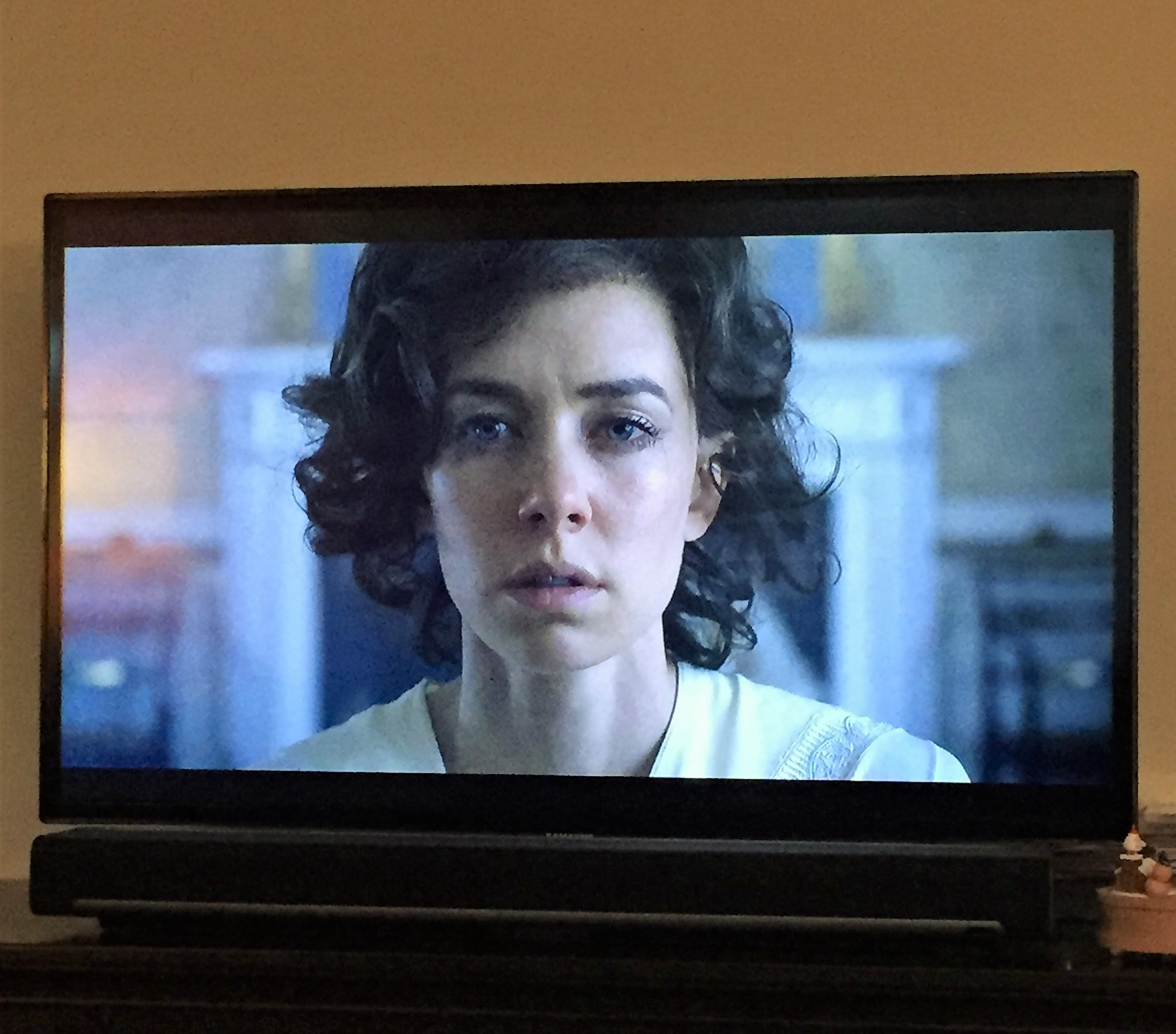 Looks like Drew Carey got new glasses, I said to myself, despite the fact that it’s been a few years since I’ve watched The Price is Right and who knows, really, how new those glasses are. There was a Canadian fellow on and I became very invested in his progress. Sadly, he only spun $0.10, followed by $0.65 on the big wheel and so was not eligible for the Showcase Showdown. This might have been a blessing for him though because the Big Prize on one of the Showcases was a Trip To Canada. Yes, a trip to “Toronto, Canada” where the winner would enjoy a three-hour sailing tour of Lake Ontario. A three-hour tour started dolefully repeating itself in my brain. But really – it’s December. Who wants a trip to Toronto, let alone a sailing tour (a three-hour tour) on Lake Ontario IN DECEMBER. Although maybe it was taped earlier in the year, who really knows.

I feel like I have more to say about my television watching but it’s not coming to me right now.

Oh, I know, the bananas. I have a banana update for you! At three weeks post-purchase, the bananas were a strange mix of green with blackened stems: 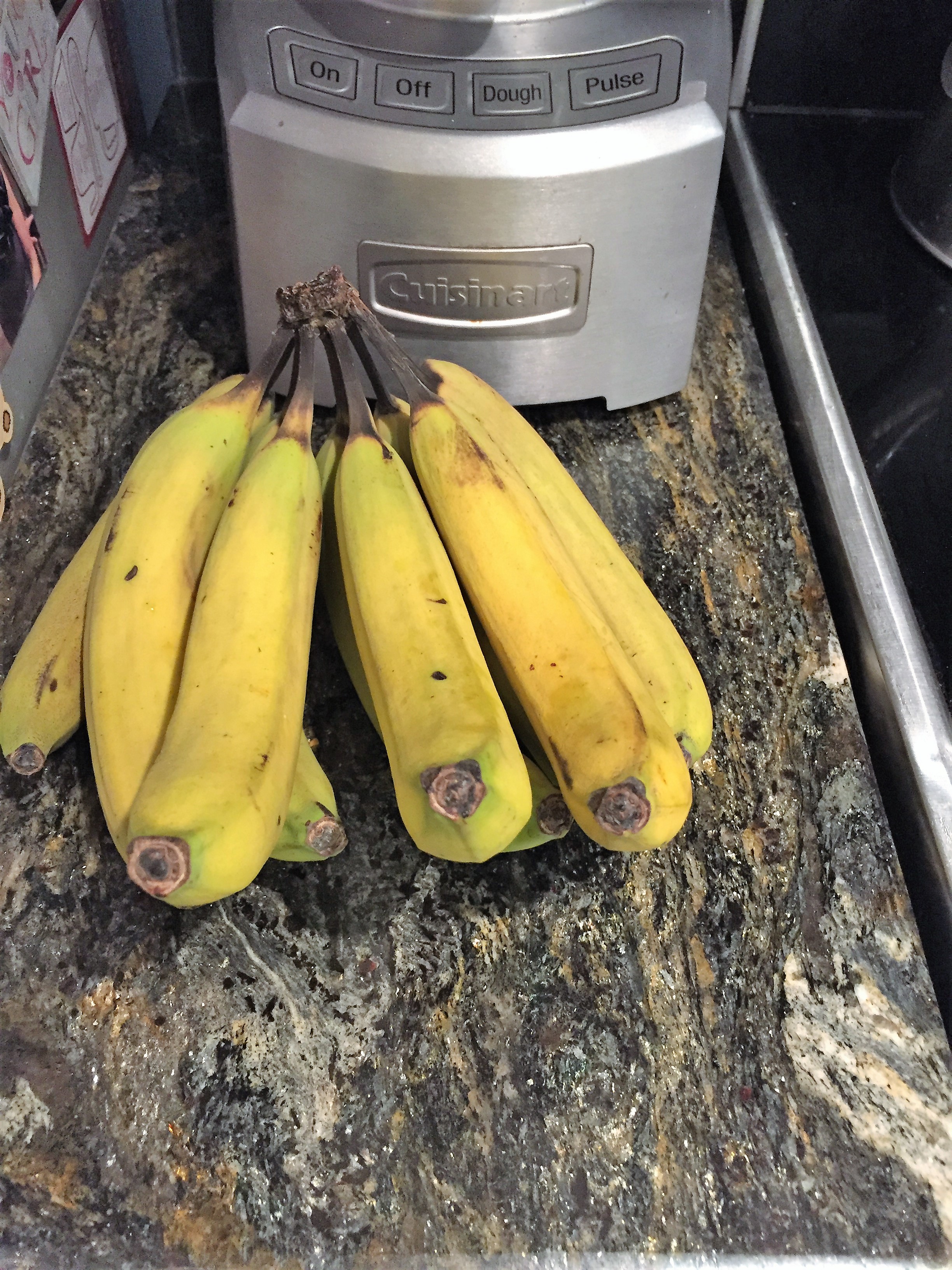 But disturbingly, today, all is ashes. 24 days after purchase, here is where we are: 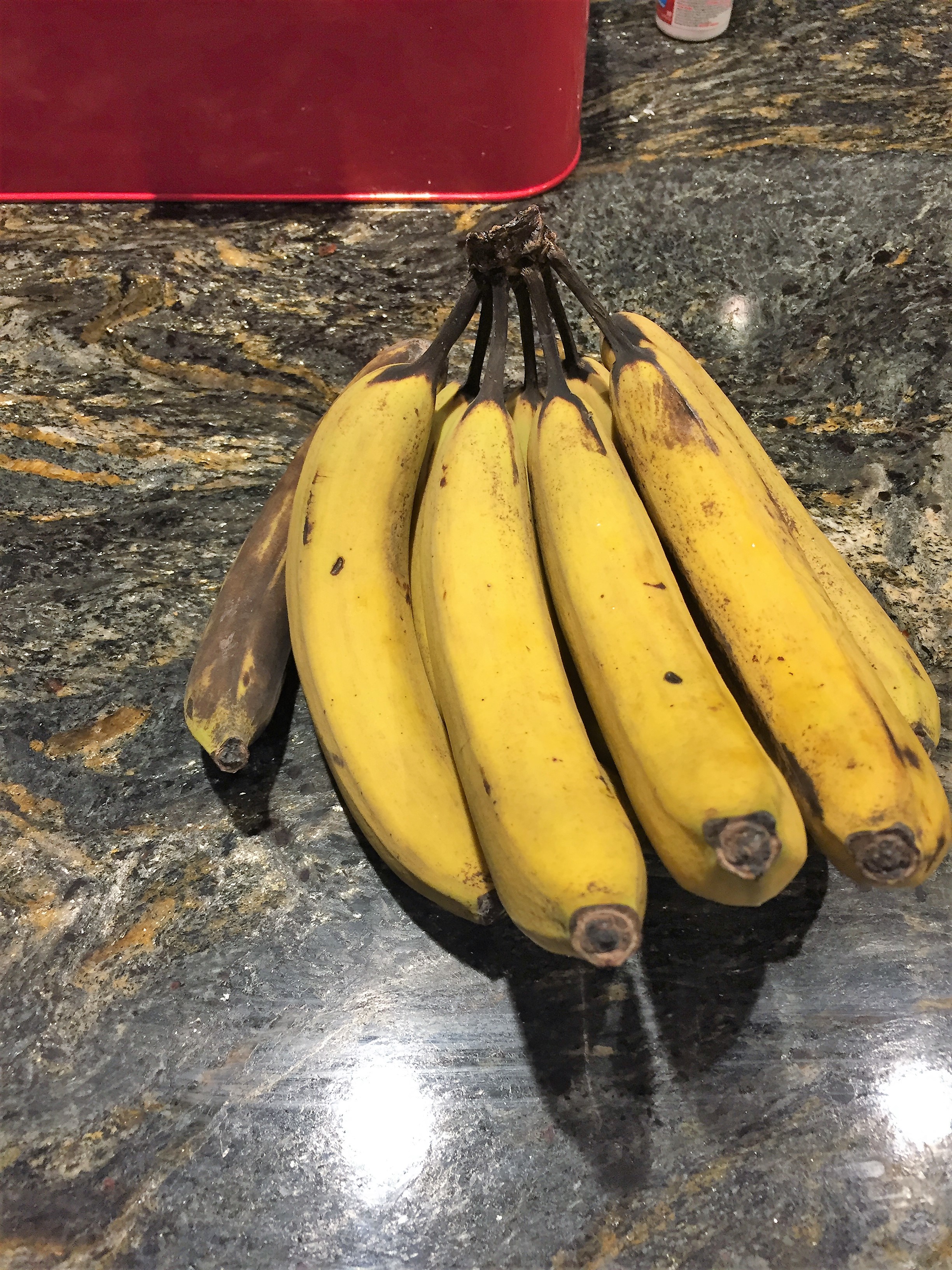 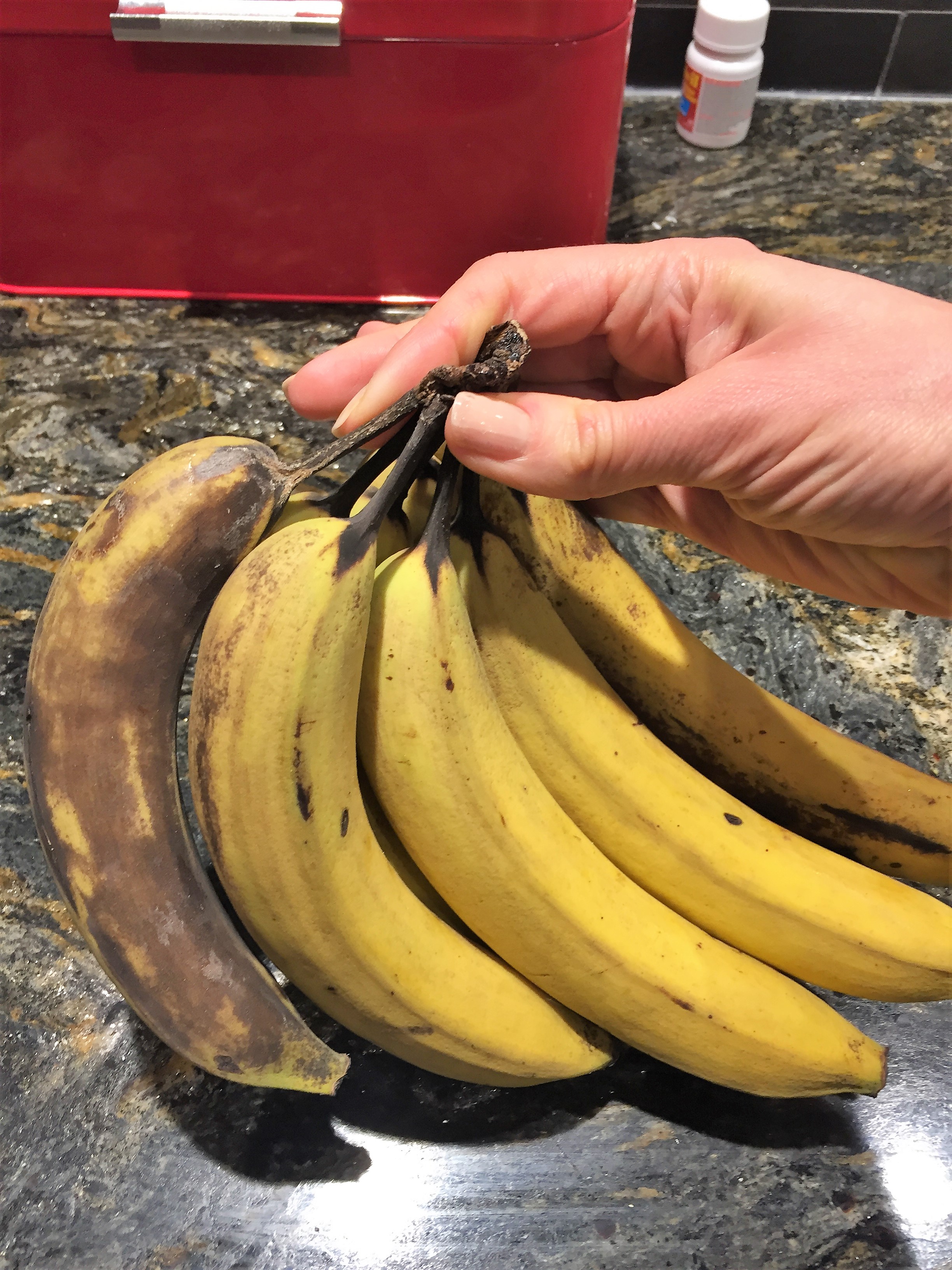 I’m getting quite a few “When are you going to throw those things out?” queries, and the truth is, I don’t know. I’m tempted to just freeze them all for later banana bread, but they are kind of grody looking, so I’m not sure if it would affect the baking or not. The peel, while still yellow with the exception of the one banana which went completely black and feels like it will disintegrate at any moment, looks weird and is strangely dimpled. The correct thing to do, probably, is to just throw them in the compost, but I don’t know if I can. Maybe it’s the Advil Cold and Sinus talking, but that seems like a decision I cannot make at this time. I have become attached to these bananas.

Recently I saw an article saying that Christmas really sucks for moms, because we are so busy making magical memories we don’t have the time to experience any magic ourselves. I cannot speak for anyone else but I will say that Christmas does not suck for me, in fact it is the opposite, and if it is sucking for you, then back off the throttle a little. Christmas was amazing for me as a kid and you know what my mom did? She bought gifts, sure, she made a metric tonne of baking, yes, and that was pretty much it. AND IT WAS AWESOME. I was thinking about this the other day as my kids enjoyed their super-luxurious Lindor advent calendars, purchased at Costco, naturally, that have not only the usual amazing truffles, but also chocolate icicles, angles, and Santas. They each have one and you know what I had as a child? Those waxy tiny chocolate calendars that I shared with my two brothers.

Side note: if anyone wants to stock up on waxy tiny chocolate calendars, they are still available at Superstore for a very low price. 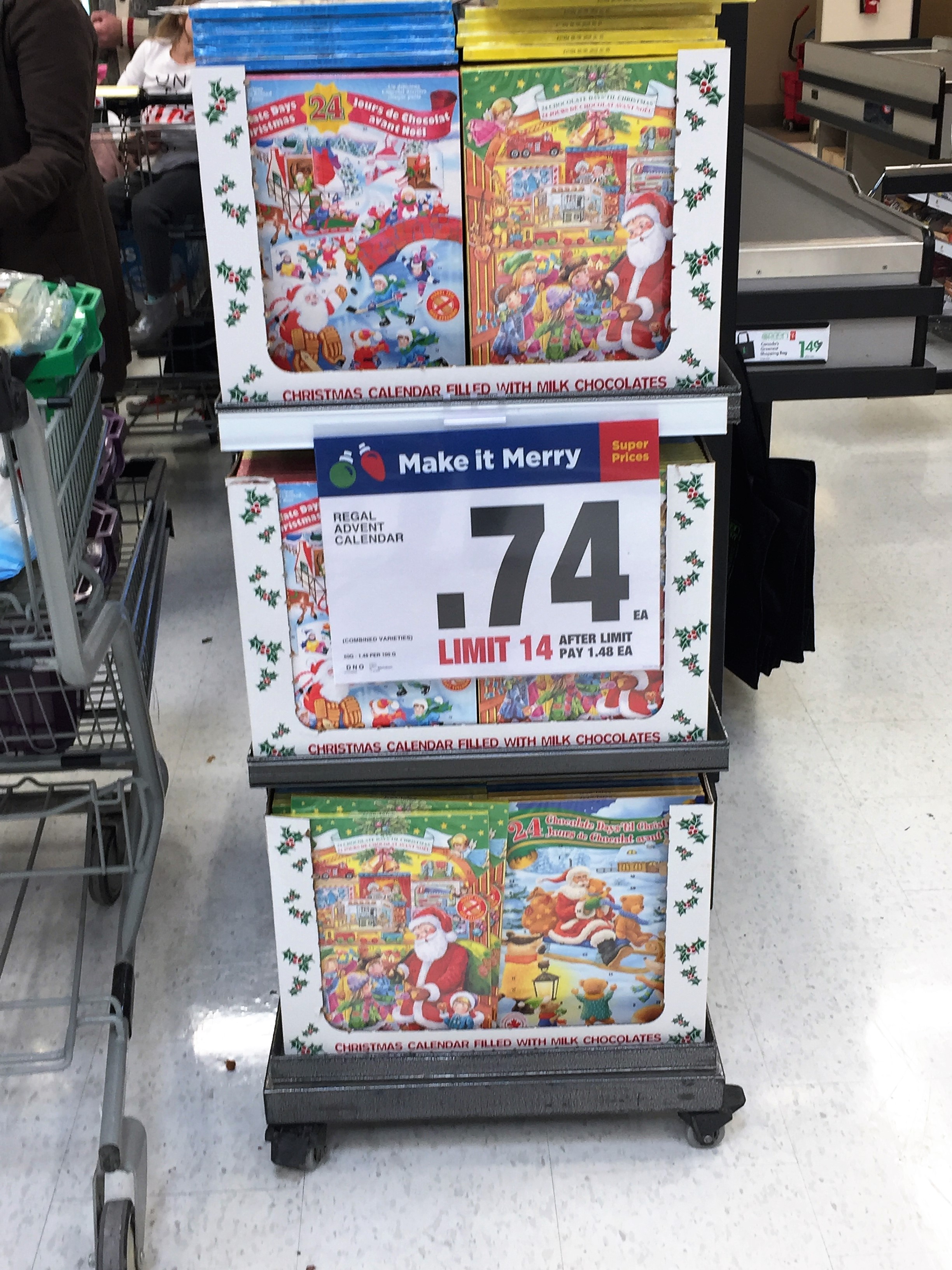 This was taken nearly three weeks ago, now they are thirty-eight cents each.

Anyway, not to victim blame here, but I think we put way too much pressure on ourselves to be all magical and elvish and whatnot. I feel like our kids will have great Christmas memories no matter what, even if they have to, god forbid, share an advent calendar. Wait, I wrote about this before! Hold please.

Here it is, How To Enjoy The Holidays Without Losing Your Mind. I won’t repeat the sentiments here, but let’s be kind to ourselves. I mean, one year my mother’s oven broke on Christmas Eve and she ended up making Christmas dinner in the microwave and on the barbeque, and it was kind of awesome. So really, all will be merry and bright, so long as we don’t lose our minds like Clark Griswold. Hallelujah! Holy shit. Where’s the Tylenol?

Actually I can really relate to that right now because I think my Advil is wearing off. I will leave you with these offerings: my children’s and my gingerbread men. Which ones do you think I made? 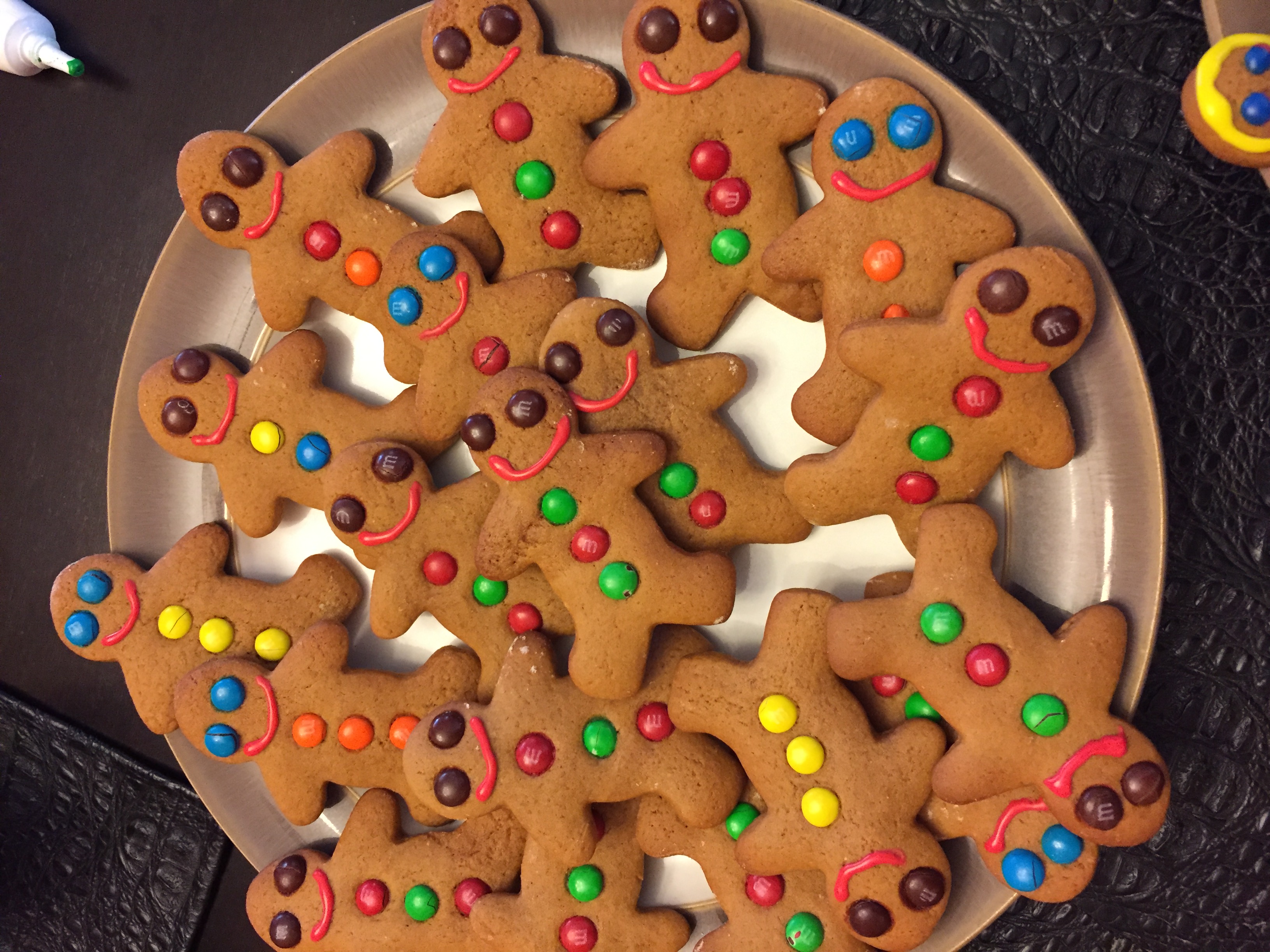 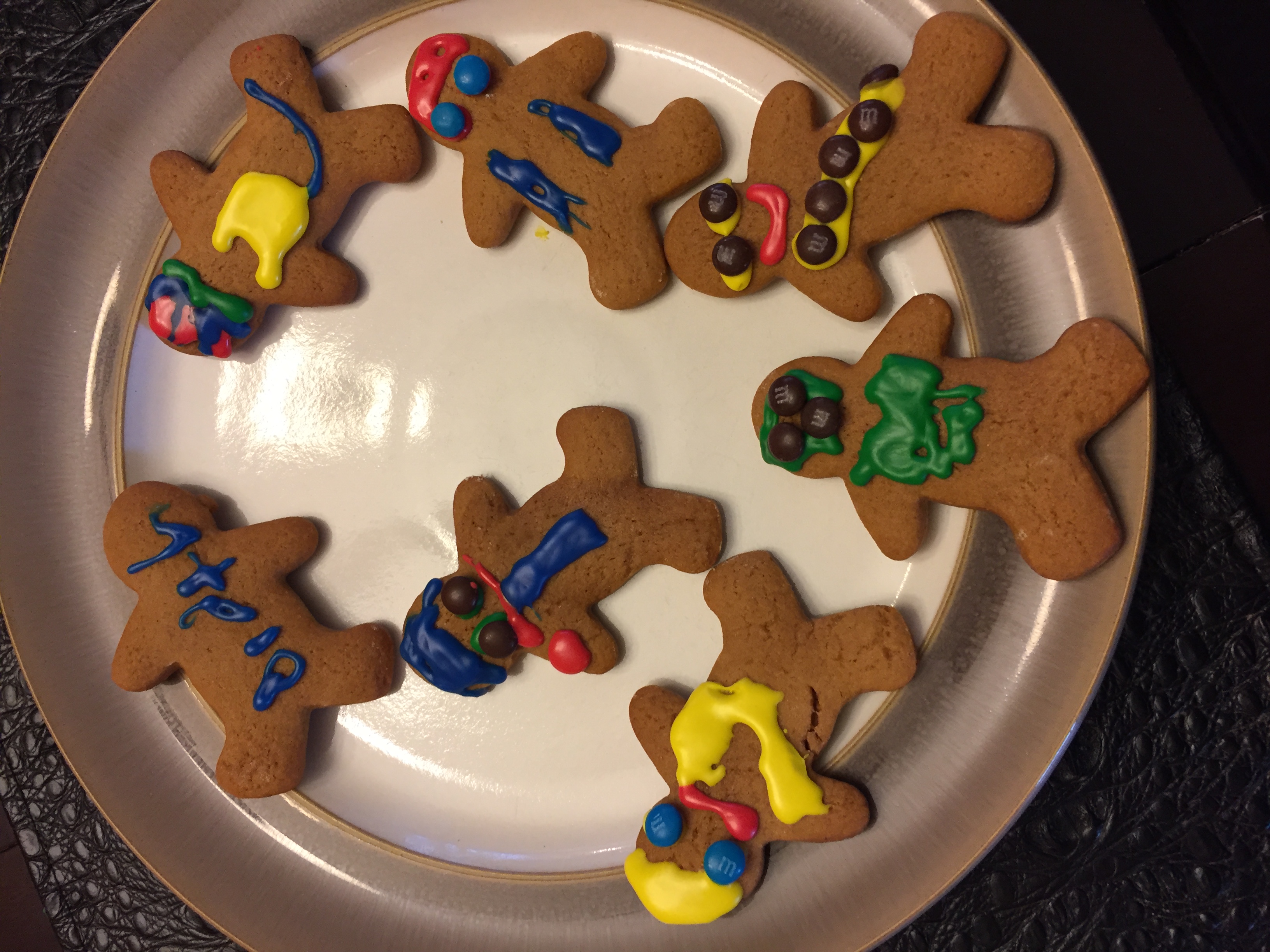 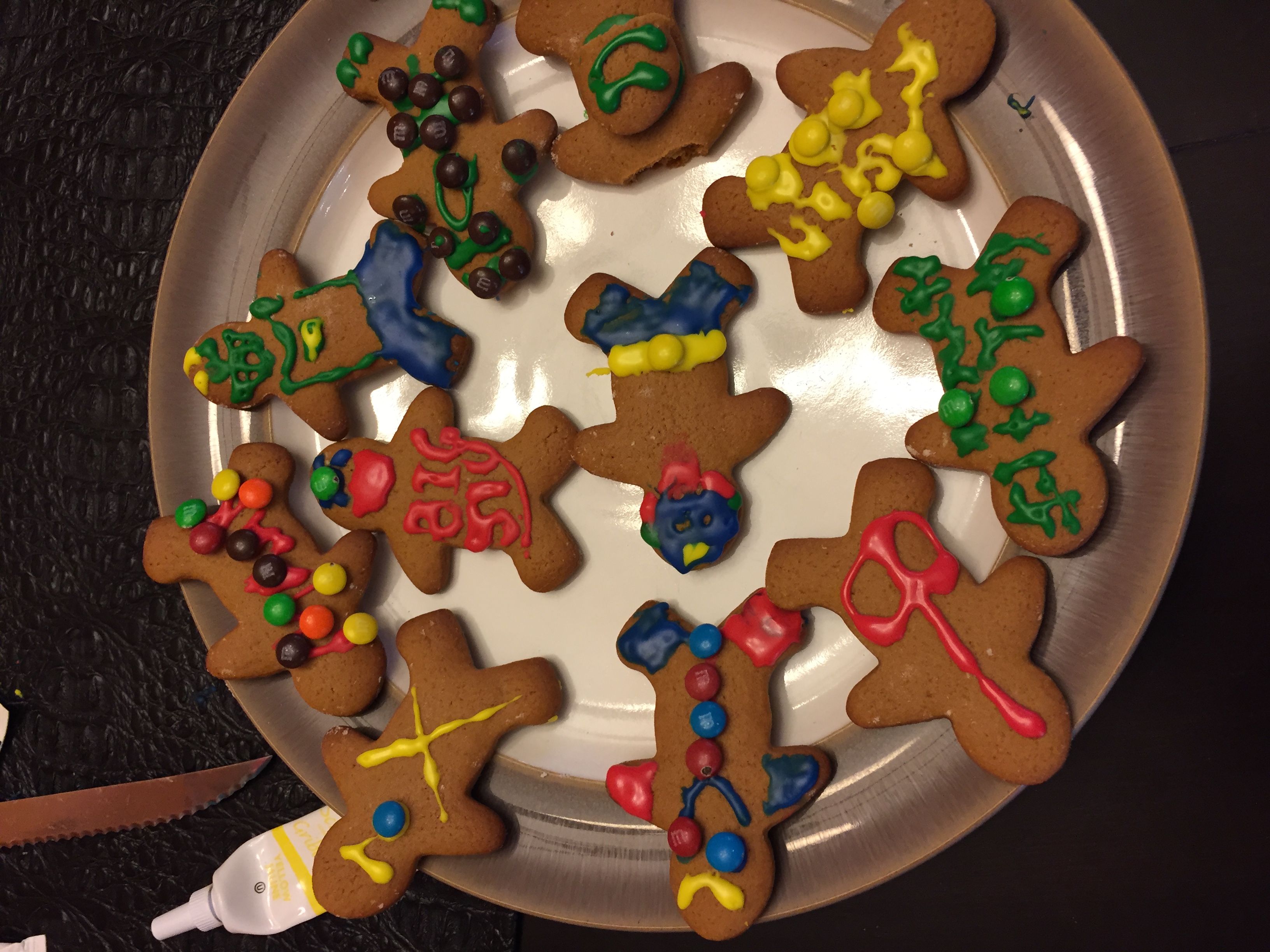 Yes, that one is exactly what you think it is. Welcome to life with boys!