Search
Menu
Categories
‹ prev next ›
4
Strange things are afoot on the internet; The Shoe on the Roof
November 7, 2017 Nicole Boyhouse Book Reviews

Just in case you’ve always wondered what it’s like to live in this meteorological hellscape, on October 28 it was 24 degrees Celsius, and within a week we had a 43 degree temperature drop. It is basically impossible to acclimatize to that kind of temperature swing, and so this is what I look like when preparing for a dog walk:

Except with my head covered.

The bad weather really started on Halloween; it poured rain all afternoon and I despaired for the kids and their costumes. It had mostly let up by 7 pm, but by then, the damage had been done; the Trick or Treat crowd was greatly thinned. My own kids, however, made out like bandits, and we now have a metric tonne of candy in the house, probably to still be here next summer, if the past is any indication of the future. They were also, they said, toasty warm.

At least the snow held off until the next day, but it is a winter wonderland around here now. It’s given me a very festive feeling, and I will say that I am almost entirely done Christmas shopping, with the exception of the calendars I make for grandparents and other relatives; that shall be done this weekend, I think.

One of the things that I vowed to do this year was to read more and be on social media less. So far, so good, and since it’s November, I feel like I can pretty much say that was a New Year’s goal that I achieved. I am on my 72nd book since January 1, which I think is a pretty solid number. Notably, Simon and Schuster Canada sent me a copy of The Shoe on the Roof, and it was a very interesting read. Three homeless men all believe they are the true Messiah, and a psychology grad student decides to cure them of the delusions by bringing them all together; after all, only one can really be a Messiah. What a great thesis topic, he thinks. But the twist is that the student was himself the centre of a study; in fact, his entire childhood was exploited as a study in children’s behaviour, by his father, a renowned psychiatrist. Lots of twists and turns, it was like nothing I’d read before. I recommend it!

But I am not a book-reading robot, and so I do still enjoy my daily fix of social media. It’s a strange, strange world though, and sometimes I see things I wish I hadn’t seen. 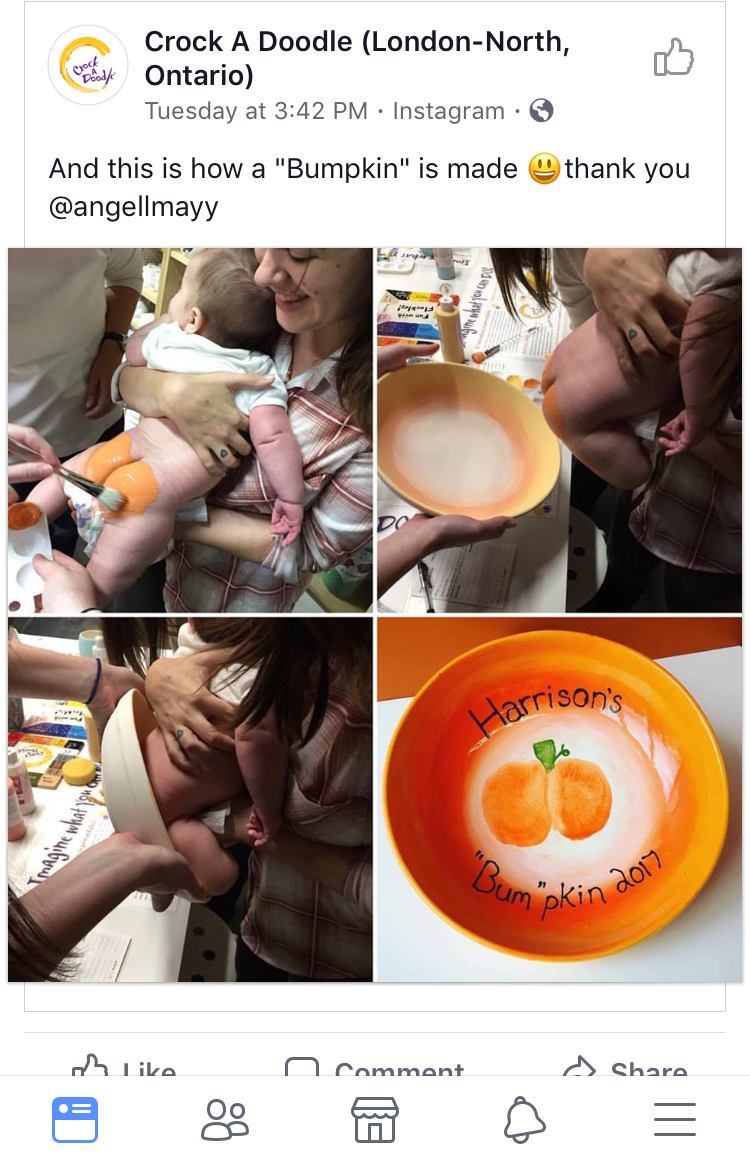 Okay, we all know babies’ bums are adorable but…I can’t get behind (heh) this. I’m imagining the scenario in which teenaged children figure out that the table centrepiece is really an imprint of their own derriere. I’m also wondering how many diaper wipes it would take to get that paint off. I’m also…well, I just…you do you, bum imprint people. I’ll just enjoy the “tiny handprints” playgroup crafts of days of yore.

One of the things about Facebook that I like, generally, is that I can see businesses and pages that my friends have liked. I have discovered some sweet yoga sites, some tasty recipes, and some fabulous fashion that way. But then one day something pops up that you cannot un-know. 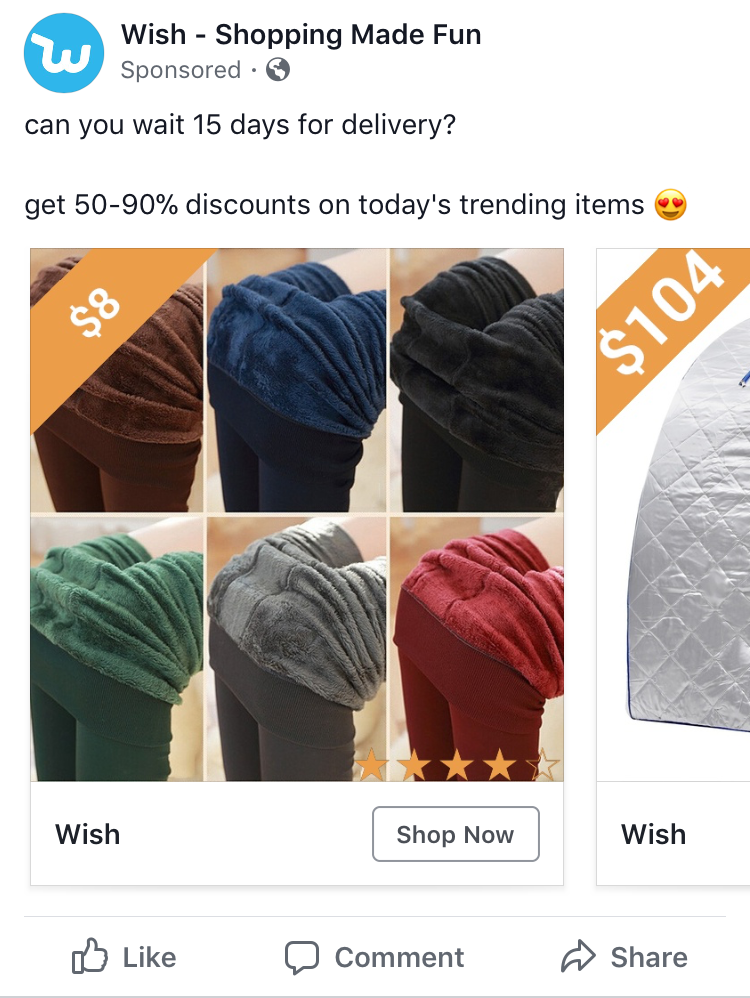 Will someone please tell me what I’m looking at, here? Actually, maybe don’t. 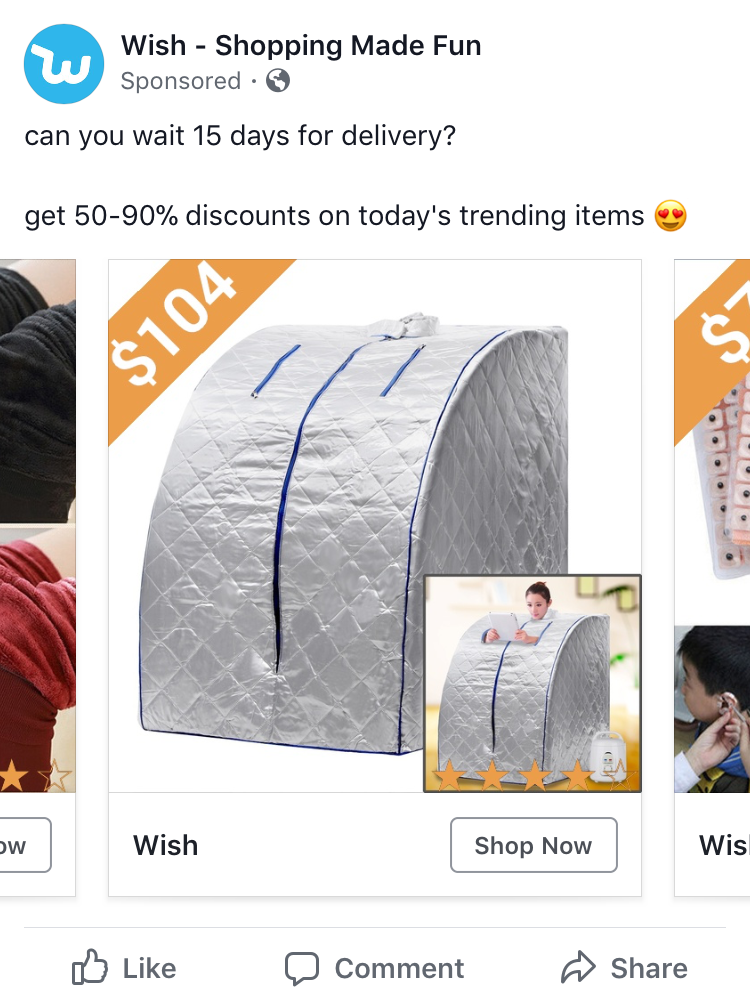 Is this a sauna? A portable sauna? 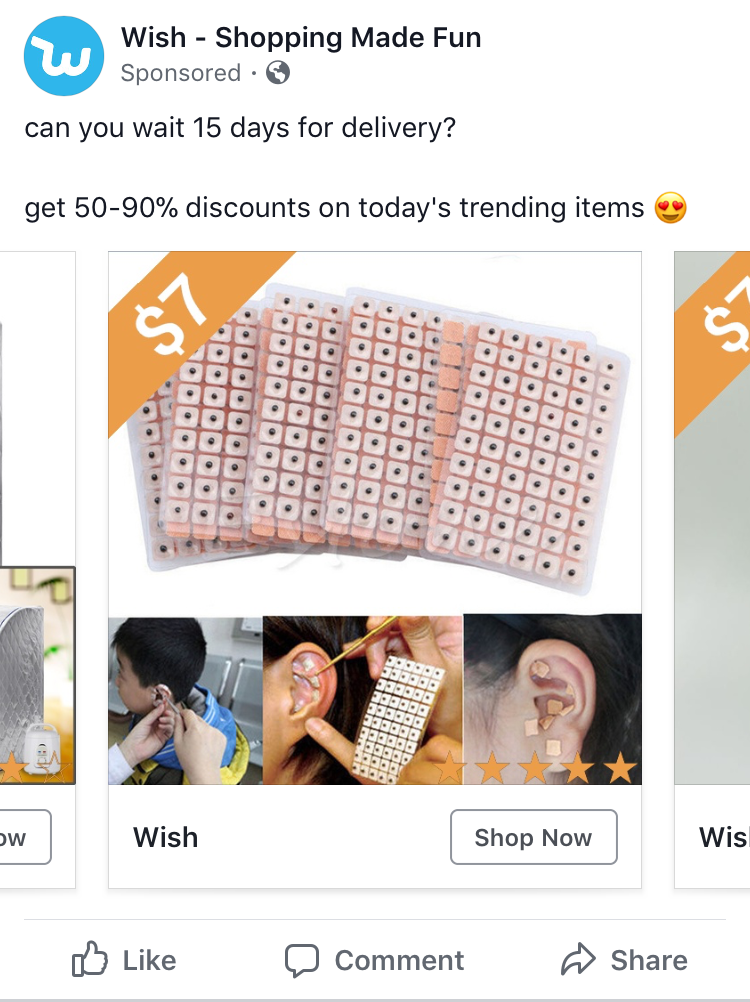 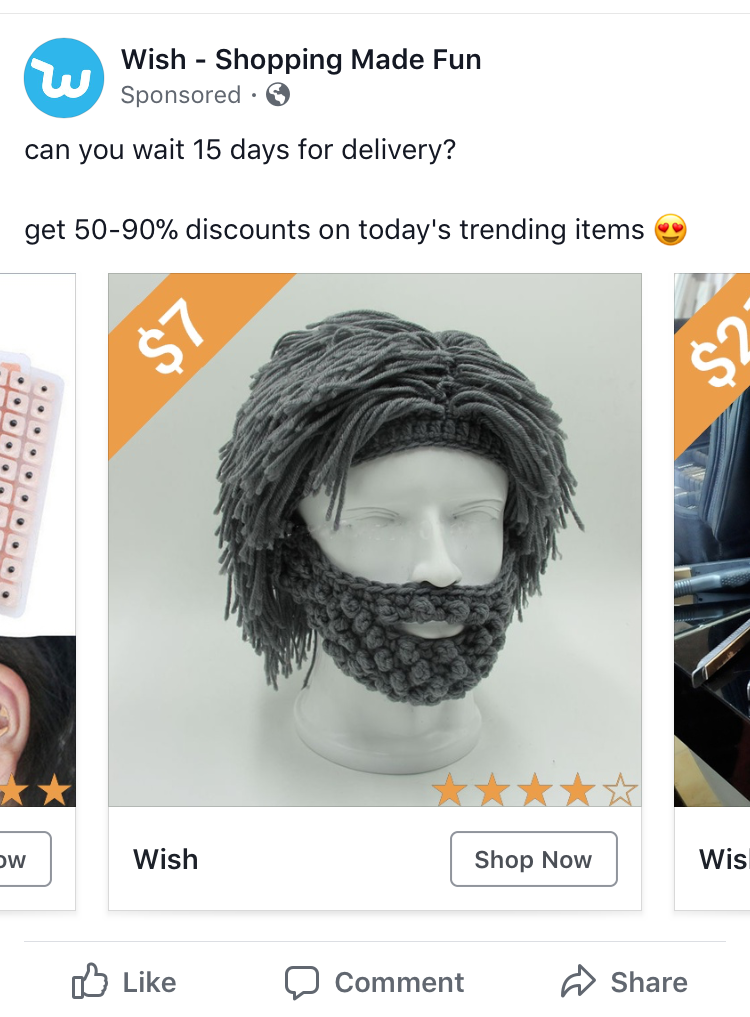 While something like this might come in handy for those frigid dog walks, I think I’ll pass.