My husband and I took a quick trip to Cabo San Lucas, leaving the kids behind with my parents. I know! I can’t believe it either. We had a great time, the kids had a great time, and now it’s all “back to reality” and attempting to both reestablish a routine AND savour every moment of this last week before school, which seems like two non-intersecting circles of a Venn diagram.

We arrived home on Sunday night and yesterday I spent the day in that post-vacation state where you wonder if you were actually on vacation or if it was some kind of dream. I popped out to the grocery store before teaching in the morning, and the Co-Op was changing their aisles around. How long was I gone, I wondered, while staring at the shelf where the rice stick noodles used to be. I stood motionless in one aisle so long that an employee asked if I was okay. I’m okay, I just don’t know where the fusilli is.

Anyway, I am now feeling extremely refreshed and rejuvenated; I think that I was maybe a bit burned out before going away. Princess problems, I know. Even though it was just a quick trip, it was incredibly relaxing. I mostly did nothing except cool off in the pool, drink refreshing cocktails, chat with people, eat, and read. I have been on a roll of reading excellent books, and I also read one not-excellent-but-still-decent book that will be reviewed soon, as I am involved in a virtual book tour. Stay tuned! 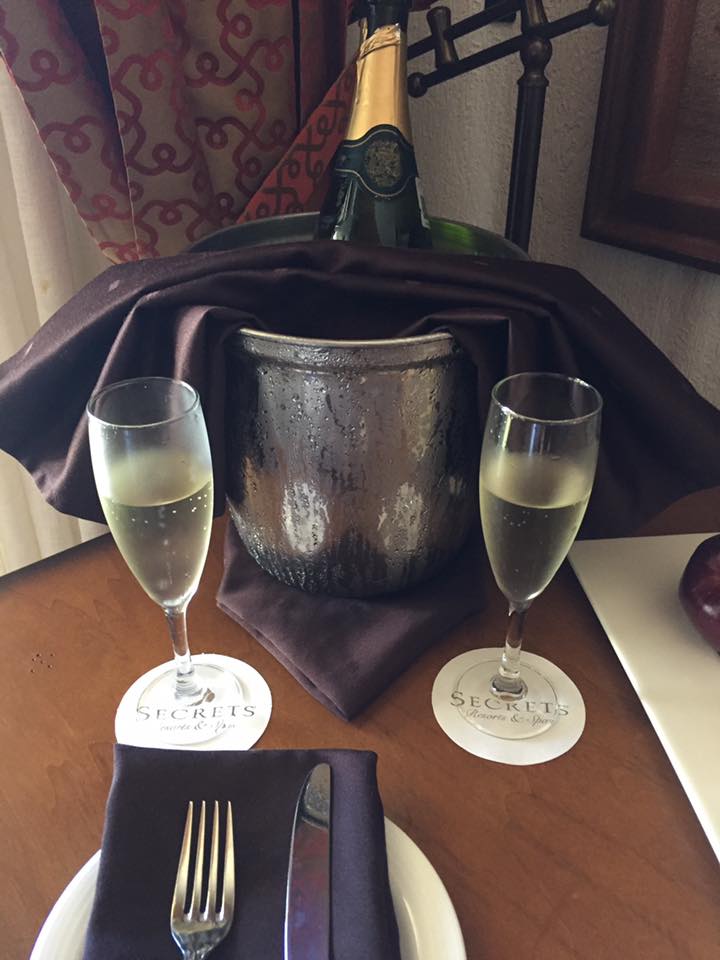 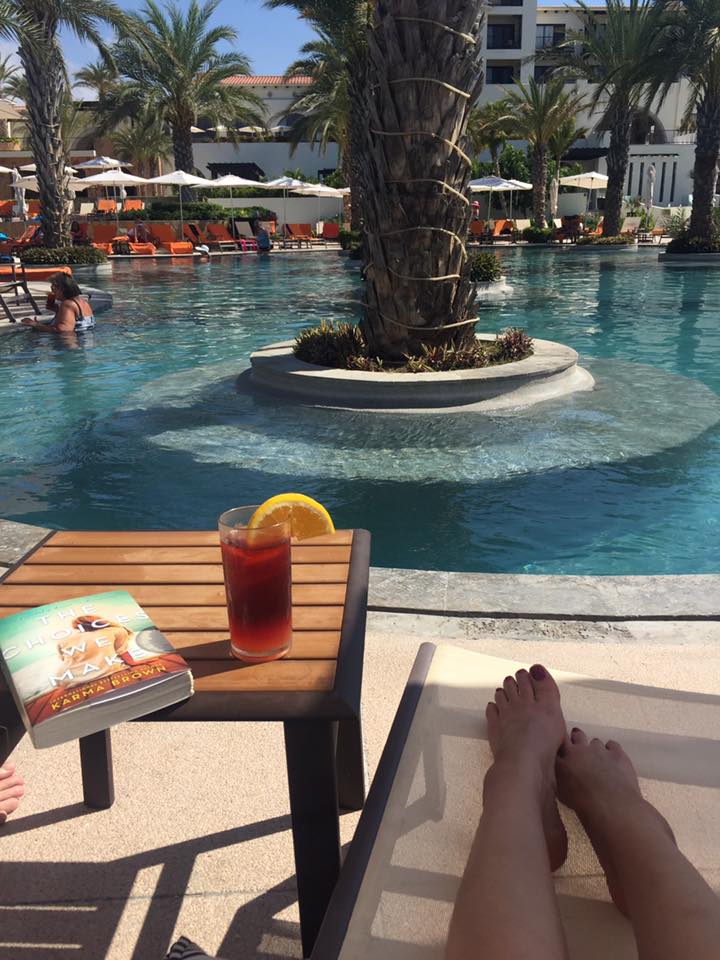 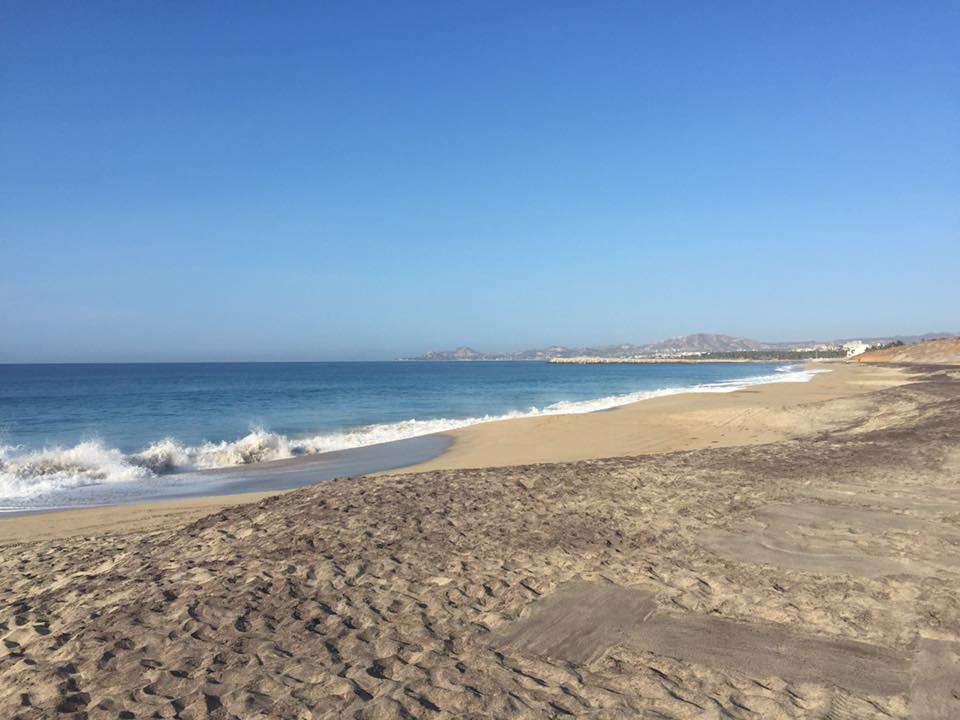 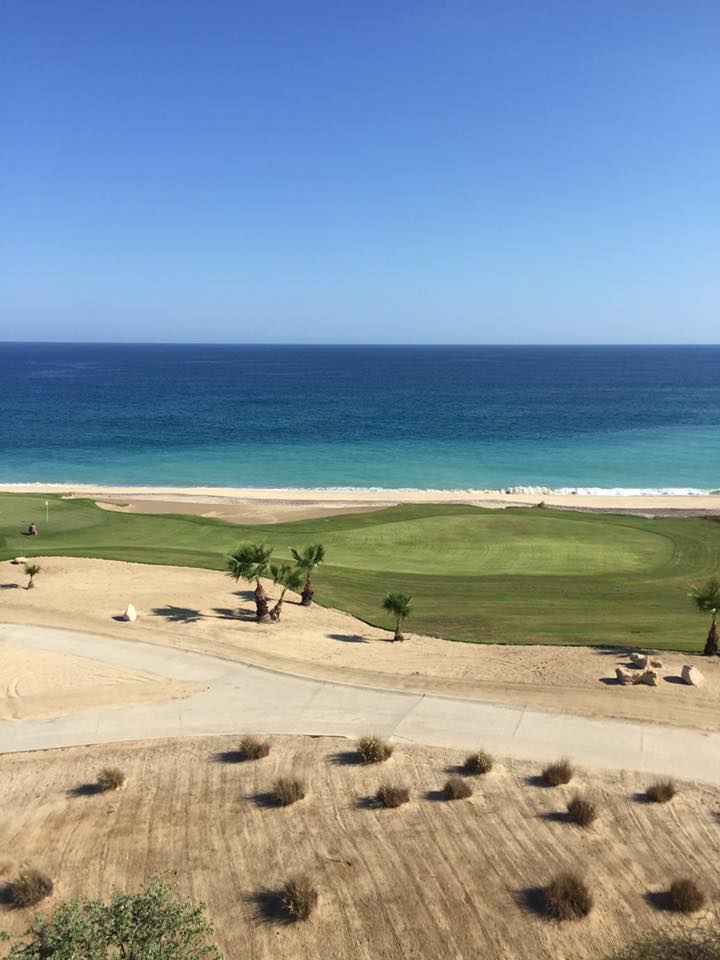 One of my favourite things about travel is meeting people. Everyone has a story, to me, everyone is interesting. Most of the people I met were from the southern United States, and I stand firm in my opinion that Americans are the friendliest people on earth. However, they do not spell Toffifee correctly. I took this photo of the candy in the international departures part of the airport, because I was shocked – SHOCKED, PEOPLE – to see it spelled Toffifay. TOFFIFAY! Heresy! But several American friends have told me that is the American spelling and I just don’t know what to do with that information. 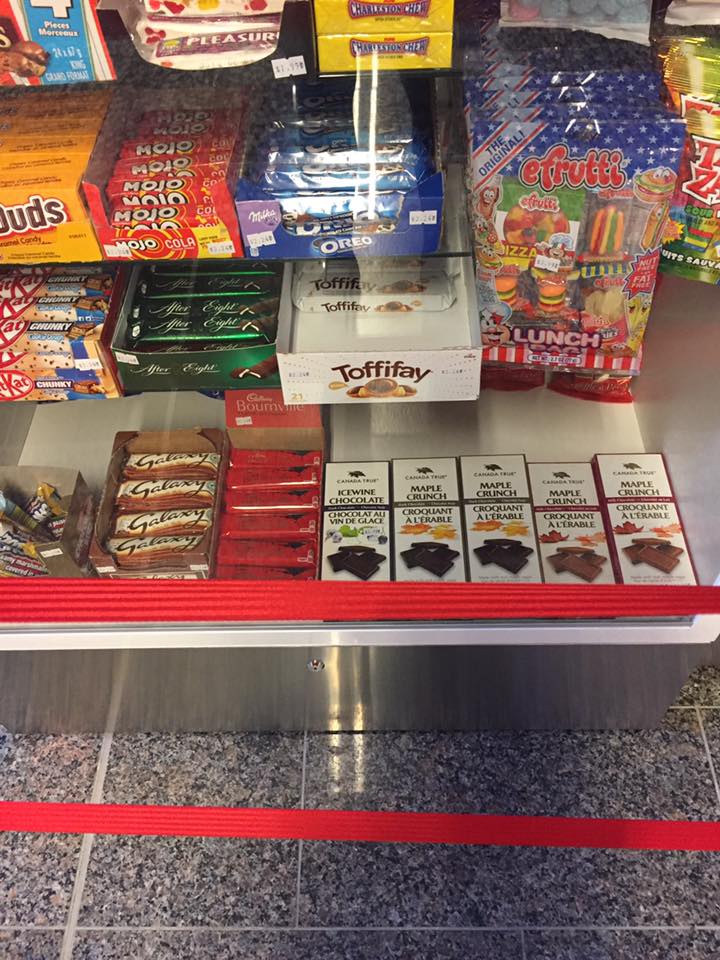 I suppose it’s a tomato tomahto thing, and as long as we all eat them by peeling off the caramel layer, and then eating it layer by layer, all is well and harmonious. If not, well.

In addition to all the lovely Americans, I also met a newly-single girl from Calgary. We chatted for a long while, and when I recommended to her the above book, The Choices We Make, she gave me the side-eye. “Is it a self-help book?” she asked with a sigh, and when I replied that it was not, it was an excellent novel, she told me that since becoming single her friends have inundated her with self-help books. That seems to me a little presumptuous, and I don’t think I would ever recommend a self-help book to anyone, in any circumstances.

Also a little off was the group of young men wearing red ball caps with what I THOUGHT said “Make America Great Again” but actually said “Make John Single Again.” Guys. In the first instance, I thought that it was pretty rude and insensitive to wear a hat like that in Mexico, of all places, but when I discovered what they really said I was kind of appalled on a whole new level. I mean. I presume this is a stag, where the fellows are lamenting their friend’s bachelorhood, but really. Really, guys. To make matters worse, the fellow I presume was John wore a cap saying “Make Me Single Again” and I feel for his bride-to-be. John’s fiancee, this may not be the best start.

Unless – UNLESS – he was actually newly single after a break-up and his buddies were cheering him up but a) that seems unlikely and b) this was a resort geared towards couples, and if they wanted the newly-single guy to get lucky there are probably better places to do that. Improbable, but not impossible, I guess.

The kids are back to school in one week, and I am feeling a bit melancholy about it; fleeting time, I miss them when they are gone all day etc., etc. I can’t complain though. We have had the most beautiful summer ever; I cannot remember another summer this warm, sunny, and lovely. It’s my favourite season and I’m trying to think of all the things I like about fall, but alas. The leaves are already turning and our front yard is sprinkled with dropped leaves; I don’t feel ready but here we are. We cannot stop time, as my trip to Costco today reminded me. Just in case anyone wanted to buy one of these they are now available – only 117 days until Santa is here! 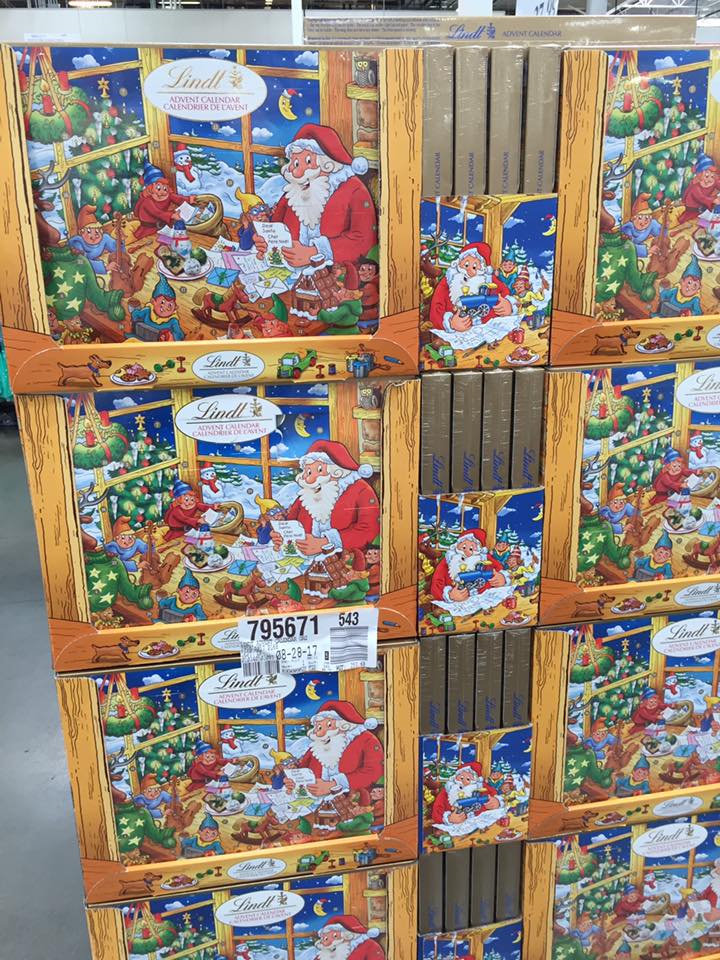