Doesn’t everything feel a bit like a Herculean effort during the month of January? Yesterday morning was a feels like minus 32 with the wind chill kind of day, plus it had snowed overnight, sending traffic into one gigantic snarl, not that I’m battling traffic when I’m doing the school drop-off, but still. Just getting things done takes massive amounts of willpower: a) getting out of my cozy bed into my 16 degree house, b) getting into the freezing cold car to get to yoga, c) leaving the warm yoga studio to get back into the even-more-freezing car, d) getting out of the steamy hot shower, e) taking off the fuzzy robe to put actual clothes on in my chilly bedroom, and f) leaving the house several times a day to do various drop-offs, pick-ups, and errands. It takes a lot of effort and layering of clothing just to get through the morning routine around here.

Whenever I start to feel a bit sorry for myself in this cold climate that I am NOT suited for, I think of the Ingalls family, in their crappy little house in town. I mean, 16 degrees is nothing compared to sleeping in an unheated, un-insulated attic with only your sister’s body and a heated brick to keep you warm. It’s not like I have to undress in front of the stove, the only source of heat in the house, that is running on twisted pieces of hay. It’s not like my daily sustenance is one baked potato and a slice or two of bread. Winter life: it’s not so bad, really. Of course, comparing anything to the Ingalls’ way of life is bound to make you feel thankful for everything.

On that note, I have more to say about my Florida vacation. What? I know I’m stretching it out, but it’s JANUARY. If I don’t write about Disney’s Hollywood Studios, I’m going to be writing about how cold it is and how busy it was at the grocery store, my two usual January topics. You know you want to hear about my latest Costco experience. No? 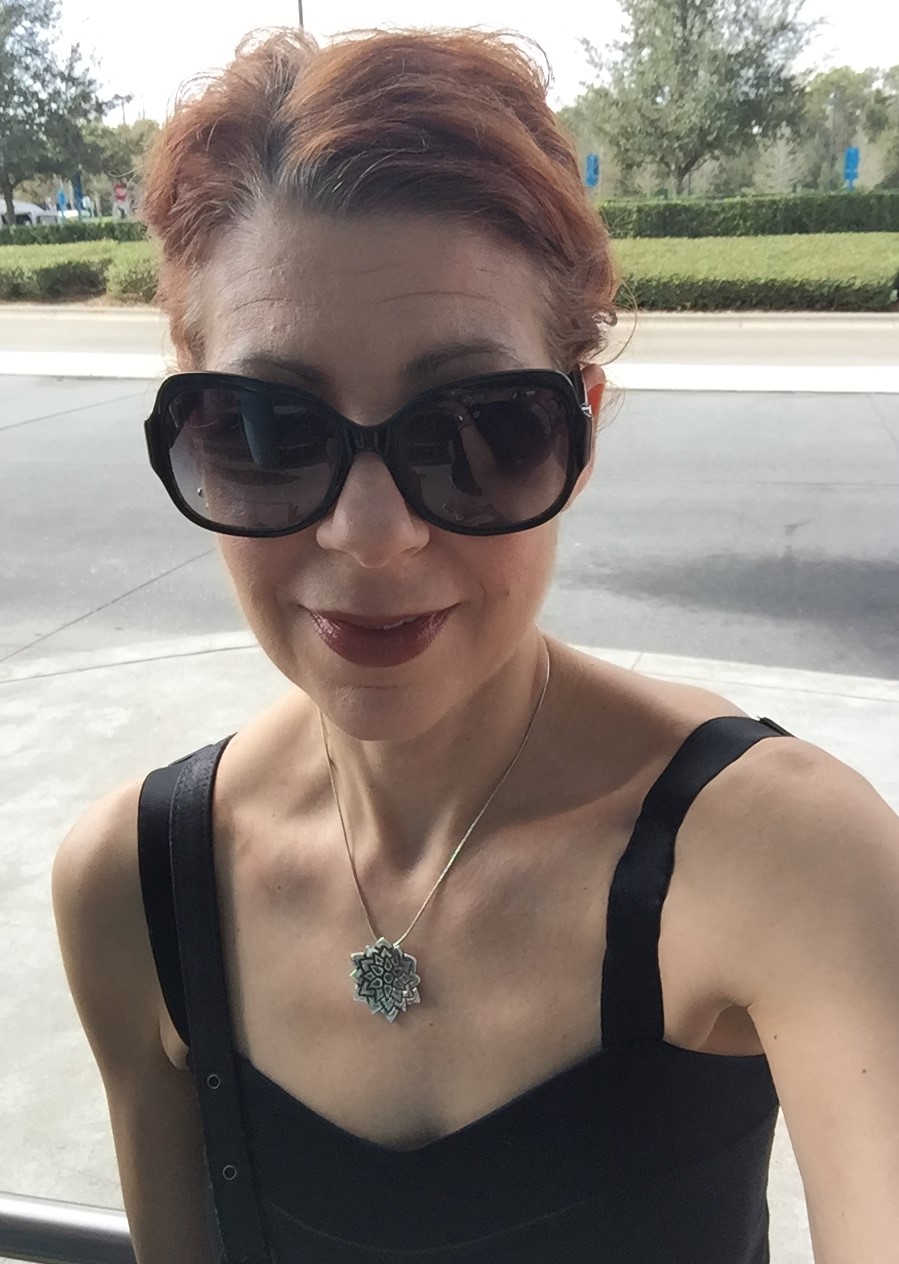 Me, in an attempt to look glamourous for Disney’s Hollywood Studios. Fun fact: I put this tank top on – containing a shelf bra – backwards, and wore it as such for a solid two hours before realizing that it was backwards, in what is the saddest commentary on my bosom ever. In fact, the only reason I realized it was backwards was that I noticed the lululemon symbol, which is normally on the back.

But I digress. No one wants to hear about my deflated state of affairs. Let’s talk Hollywood!

We went to Hollywood Studios the day after our epic Magic Kingdom day, which meant we were all a bit more tired than normal. We had planned for this, since Hollywood isn’t the biggest of the parks; in fact, we only walked 11.2 kilometers. Hollywood Studios is home to Aerosmith’s Rock and Roller Coaster, which is a blast – literally – and a stunt show starring Indiana Jones (not, obviously, the REAL Indiana Jones).

There is also the Great Movie Ride! 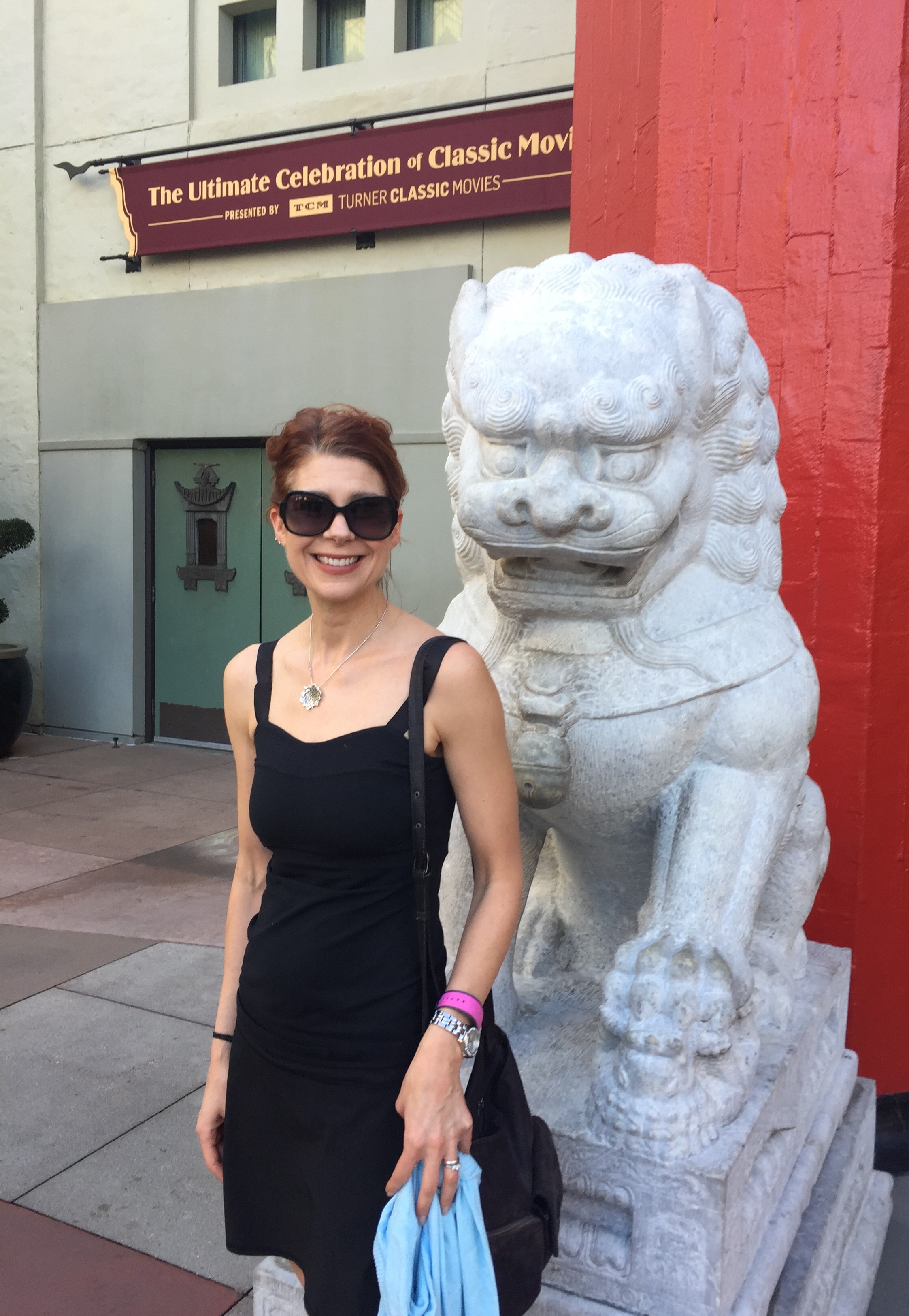 This ride is so fun as it is set up like Mann’s Chinese Theatre, and while waiting for it to start a number of classic movie clips and interviews are shown. It’s very fun, and again made me wonder about the lives of the cast members involved in this ride. Basically, it’s a large tram that takes you through a number of classic movie scenes, narrated by a tour guide, and co-starring a gangster moll who hijacks the tram. I wondered how many times Aidan said “I’m your tour guide, Aidan, and I just LOVE movies!” in the course of a shift. I guess if you were an actor, maybe this would be a great on-the-side gig for you, but it WOULD get pretty repetitive. Would narrating the same thing every ten minutes with the same amount of enthusiasm lead to madness in the end? Only time will tell, I suppose.

Outside of the Great Movie Ride are the handprints and footprints of certain celebrities, just like in the real Mann’s Chinese Theatre. I tried my footprints against the Star Wars character who – according to my kids – most resembles me. 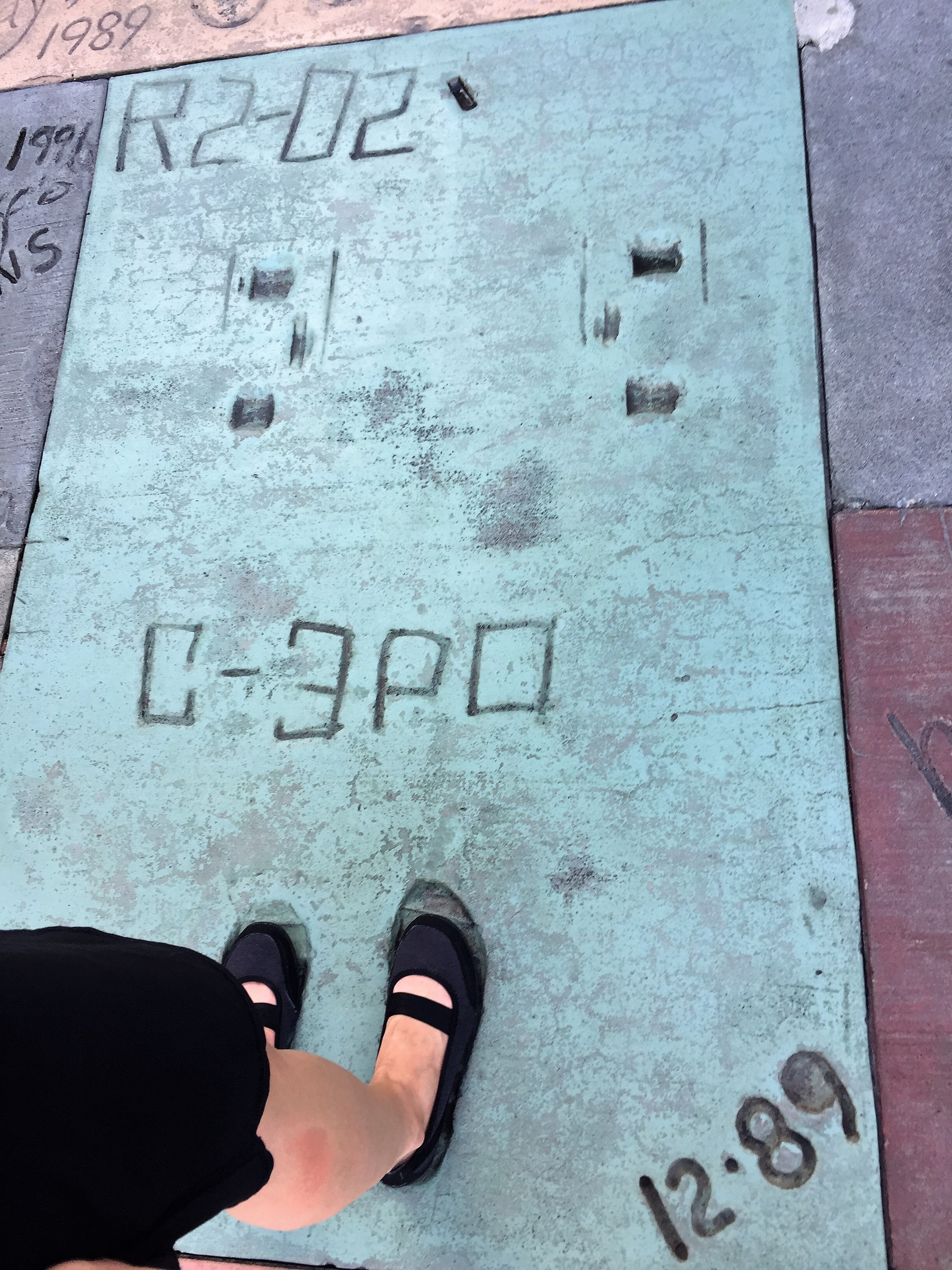 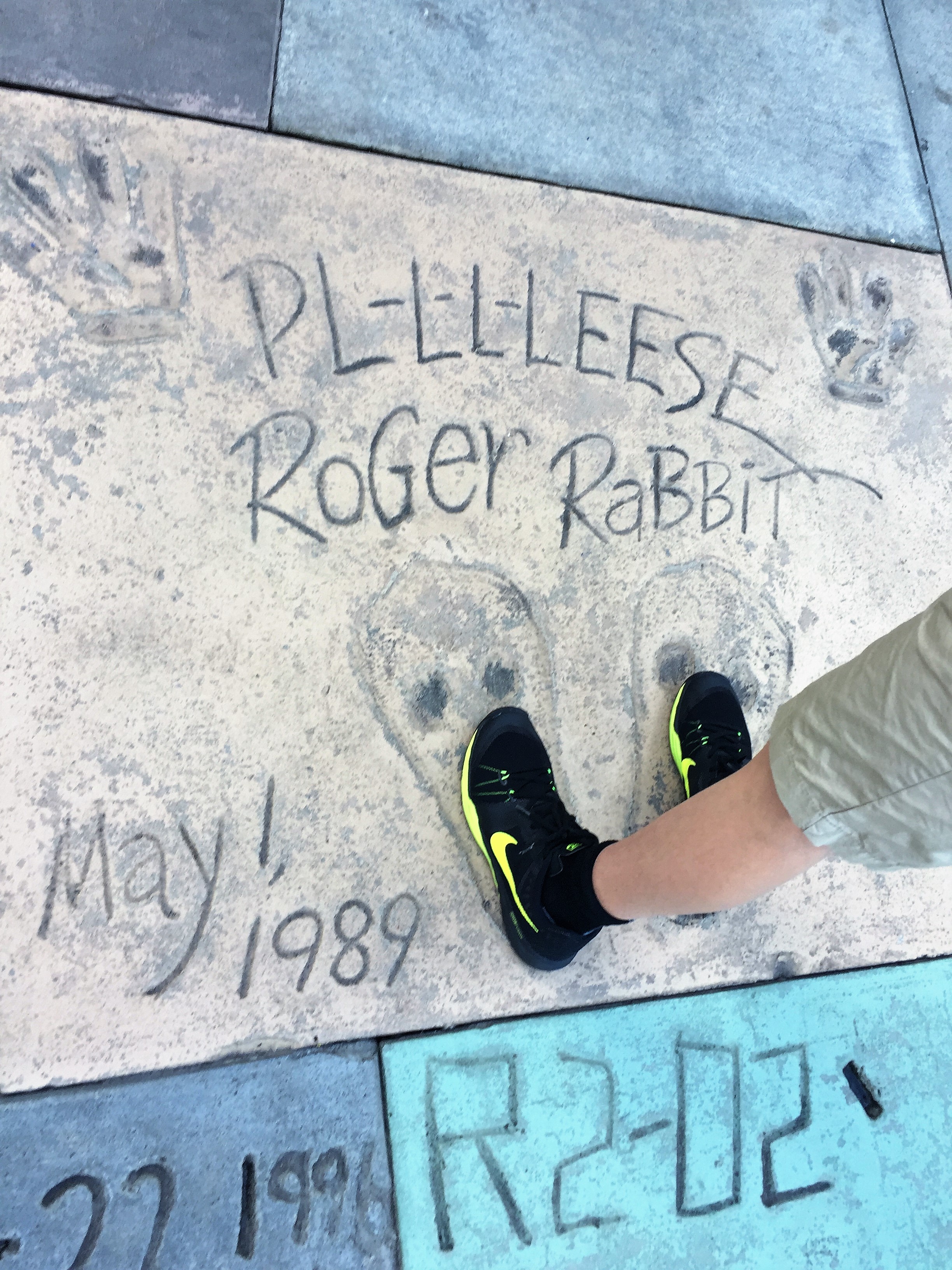 It’s been a long time since I’ve seen Who Framed Roger Rabbit, and I’m wondering if it would be suitable to watch with the kids. I think I was about 13 when I saw it, so maybe? Then again, that was in the 80s, and we all know “anything goes” back then. 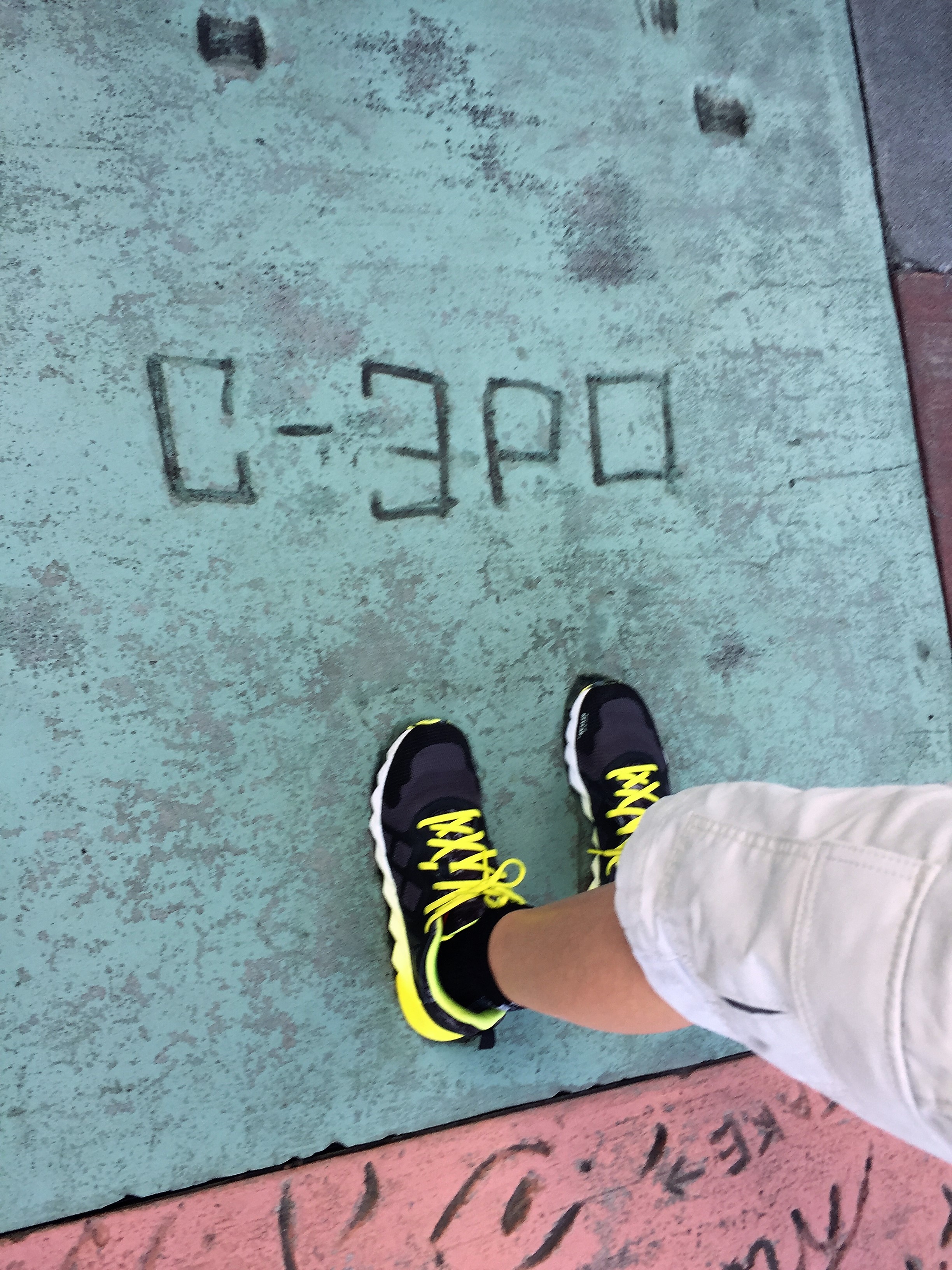 My kids have flipper feet. 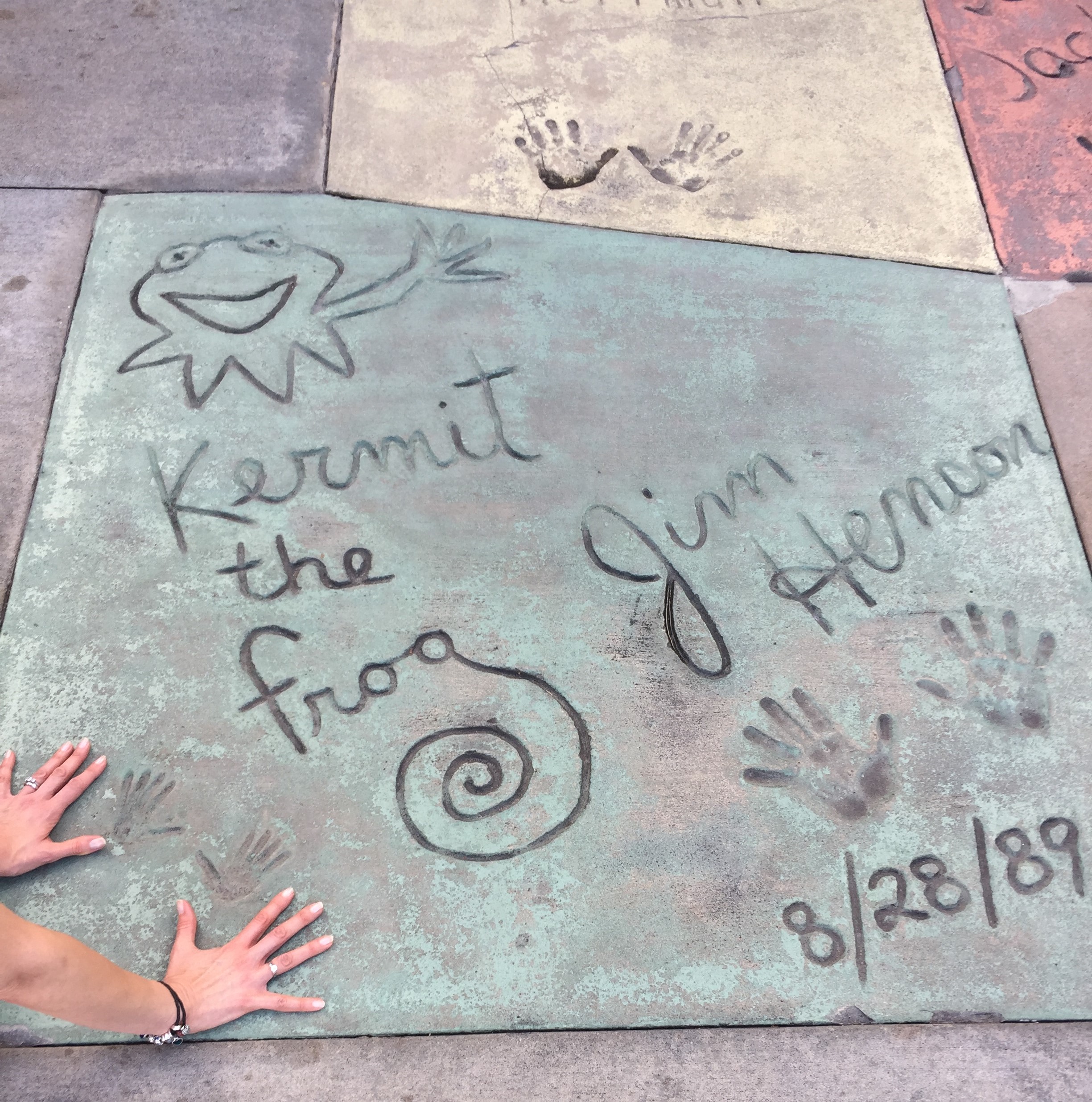 KERMIE! More on him later. 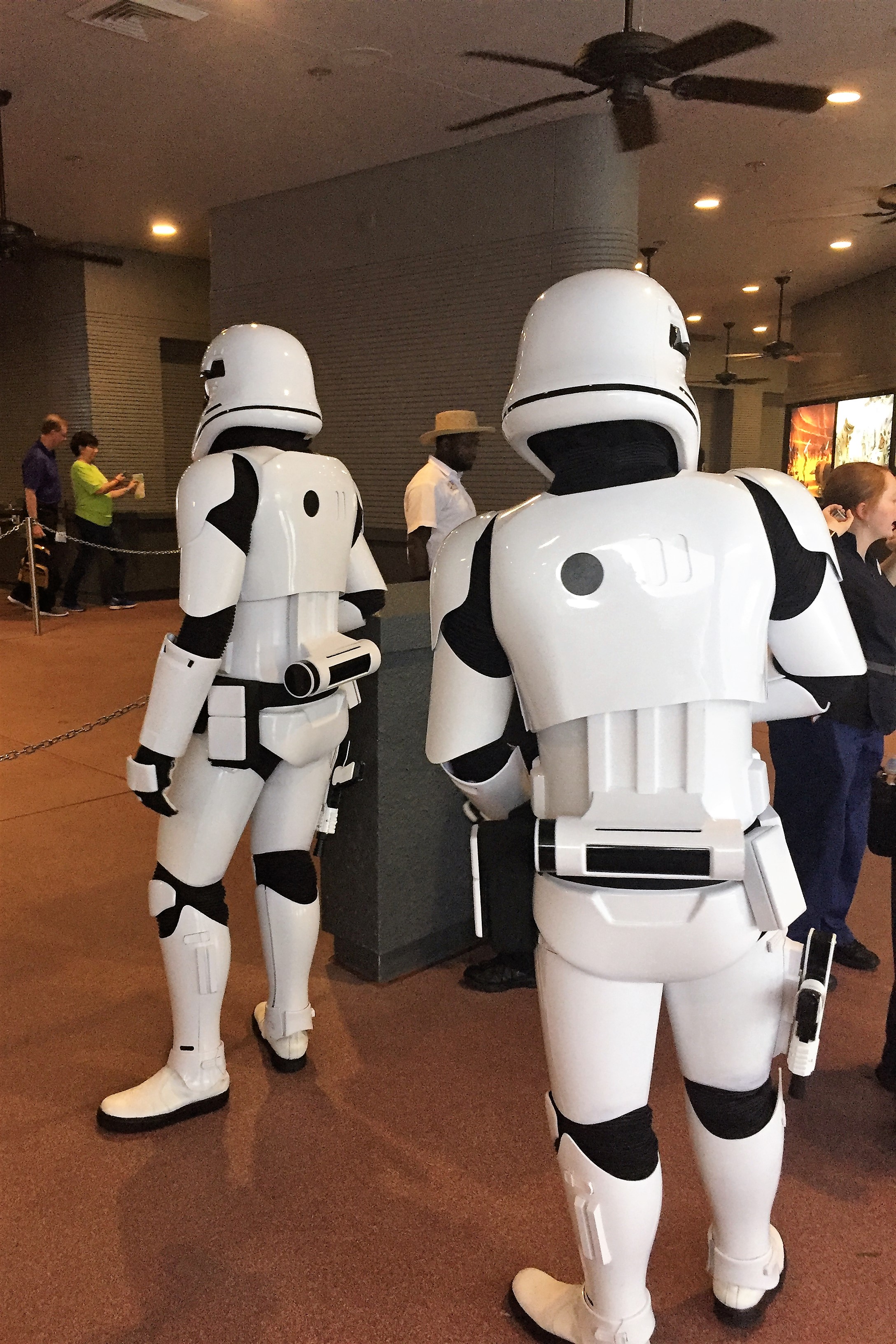 Hollywood Studios is also home to all things Star Wars, and although we were told that the Storm Troopers do NOT pose for photos, we did manage to get a family photo with Kylo Ren. Meeting Kylo Ren was much more fun than I imagined, although not as much fun (and not as soft and snuggly) as meeting Chewbacca. 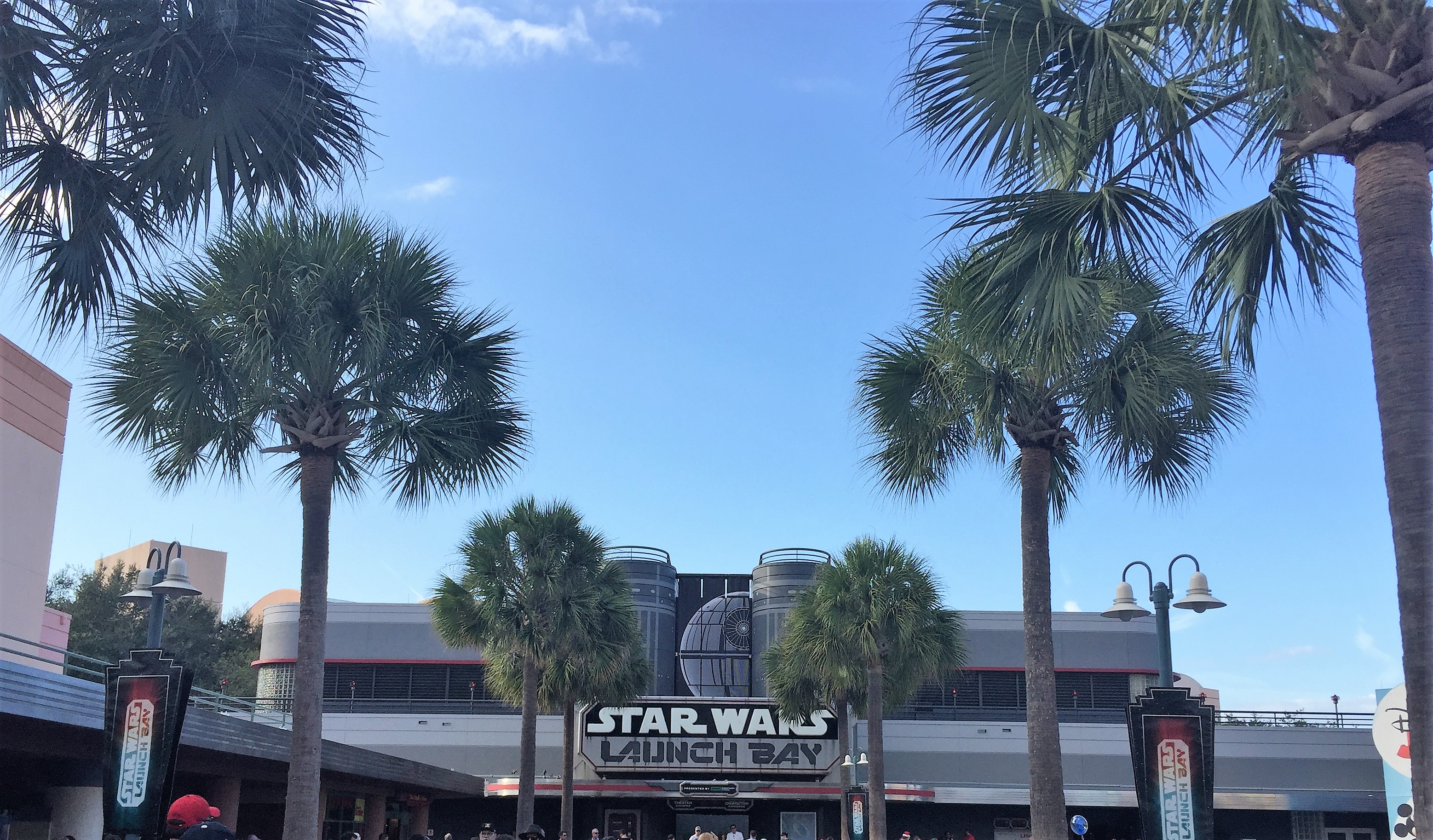 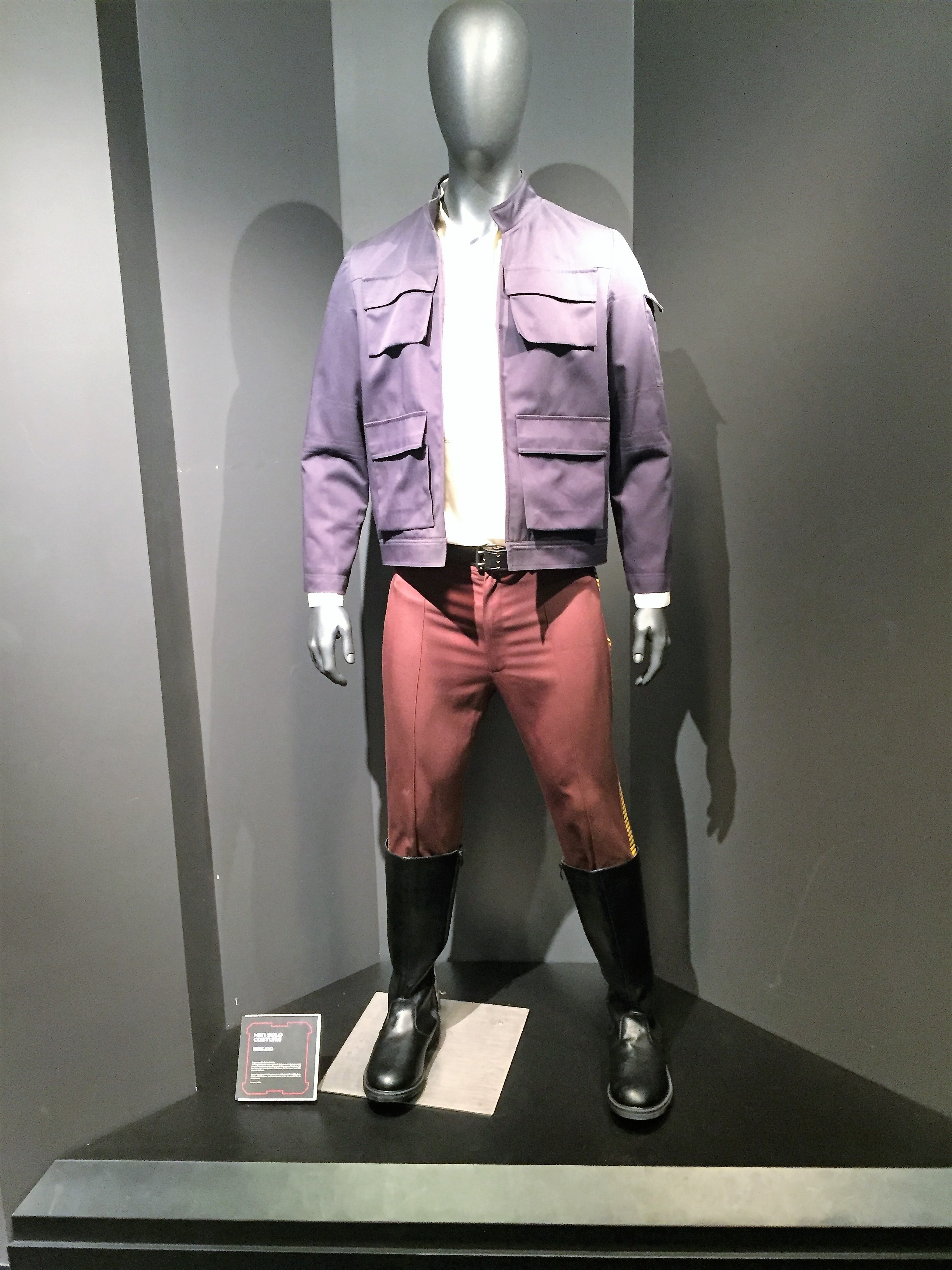 If it wasn’t insanely expensive, I would have made my husband buy this costume for (ahem) personal use. 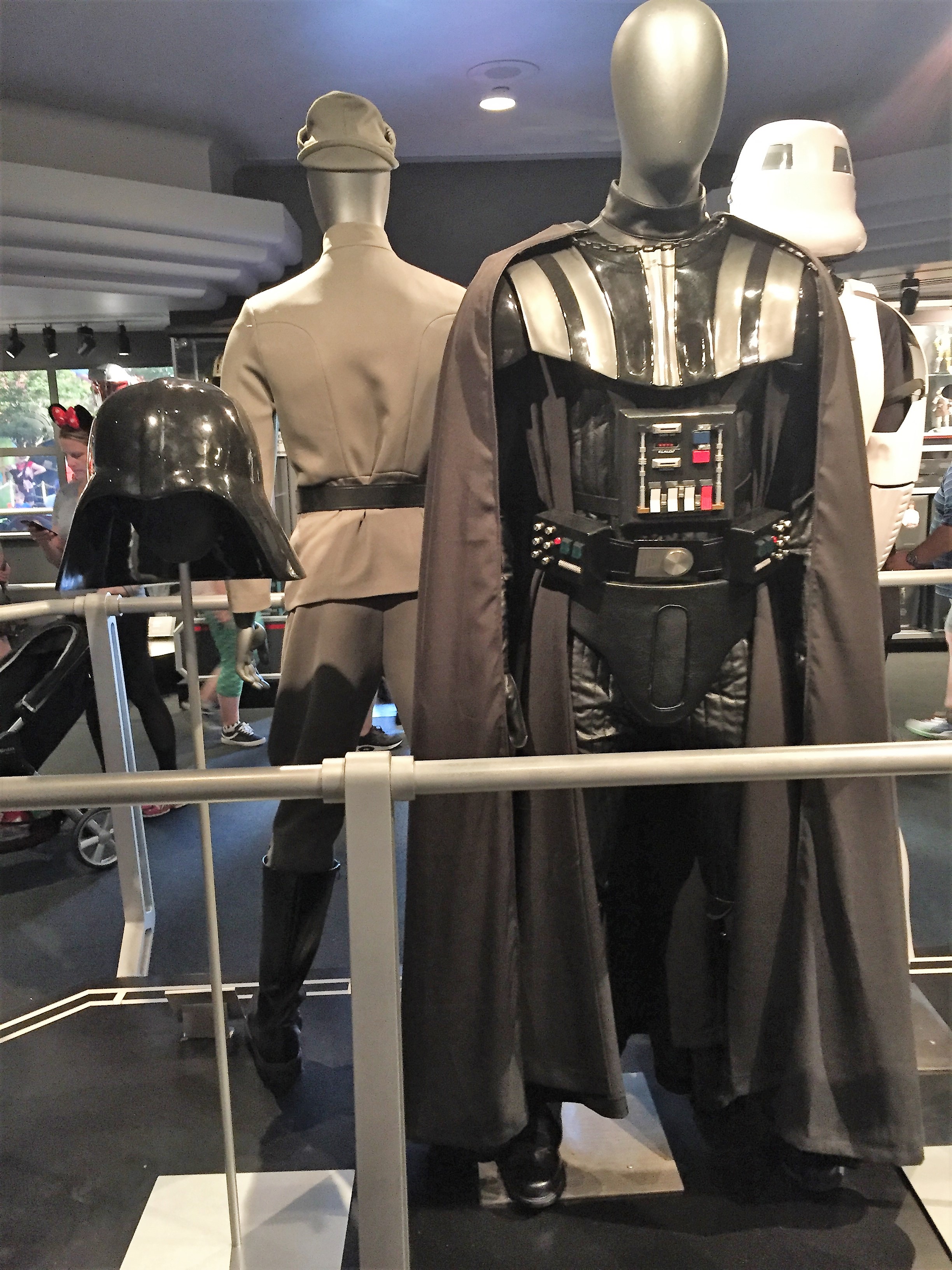 He wanted to buy this one though.

I have always been a big fan of the Muppets, and I was sadly disappointed when the new Muppet show was cancelled. 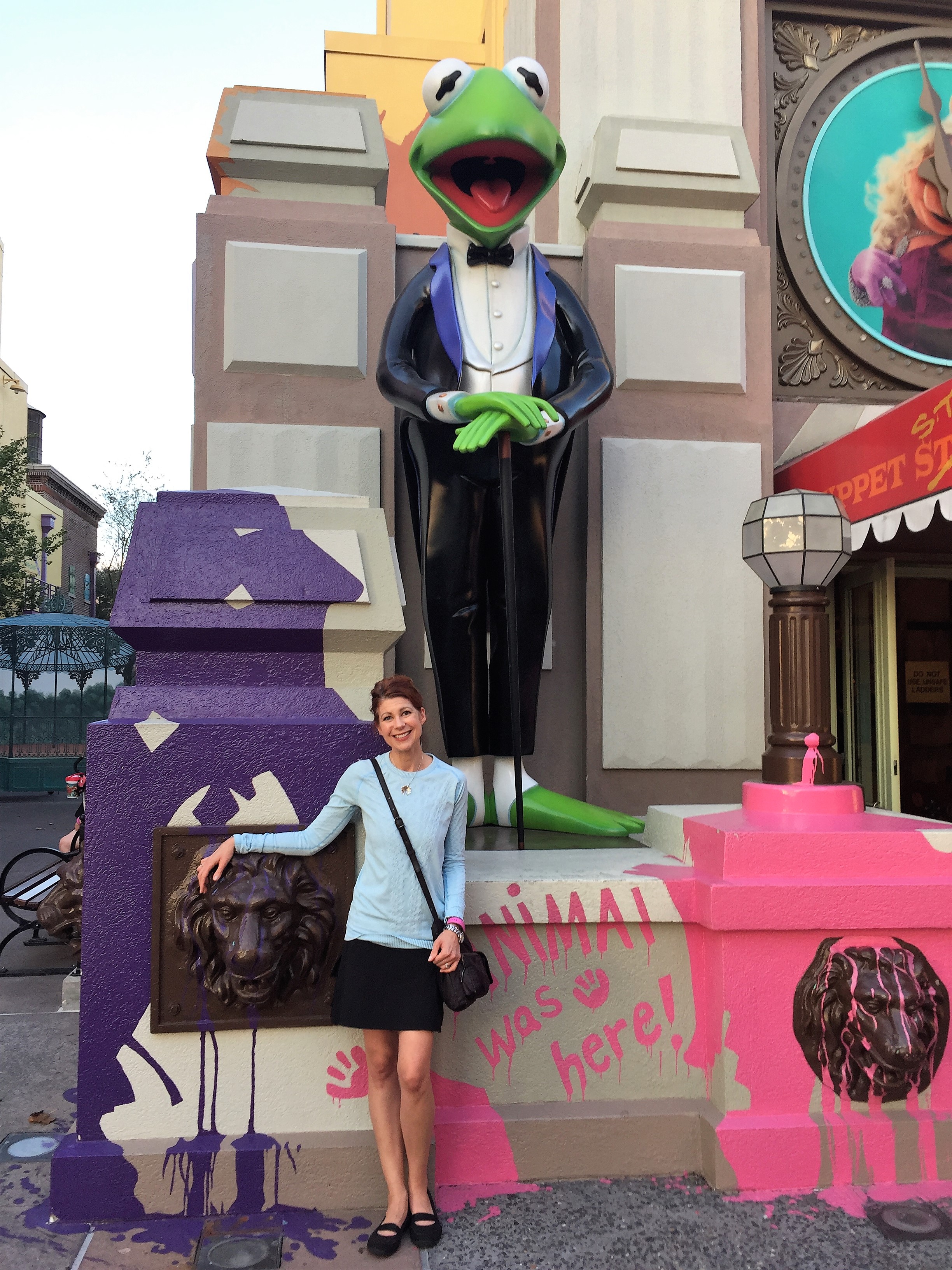