It’s Stampede Week in Calgary, and on Friday my husband headed into the office, wearing cowboy boots, a plaid shirt, and jeans. He looked pretty hot, by the way, but his usual work wear is a suit and tie (which is also hot. Hello? Hooters for women would just be guys walking around in suits holding up their credit scores, am I right?). In any case, Mark was hugging him goodbye and then stopped. He looked at my husband, and the shock and confusion on his face was impossible to hide. Um, Dad? Are you…going to work? Is this…casual Friday?

Then yesterday my husband brought out his cowboy hat, to wear to a function, and Jake gave him the side-eye. Dad? You don’t look like a cowboy. You just look like some dude in a cowboy hat.

My poor husband is going to have some self-esteem issues by the time the week is over.

Stampede Week is a great time to get out and do non-Stampede-related things around the city, so this morning the kids and I went to the zoo. They have a Dinosaurs Alive exhibit that was last there in 2010. This was me and the boys looking at a Parasauralophus in 2010: 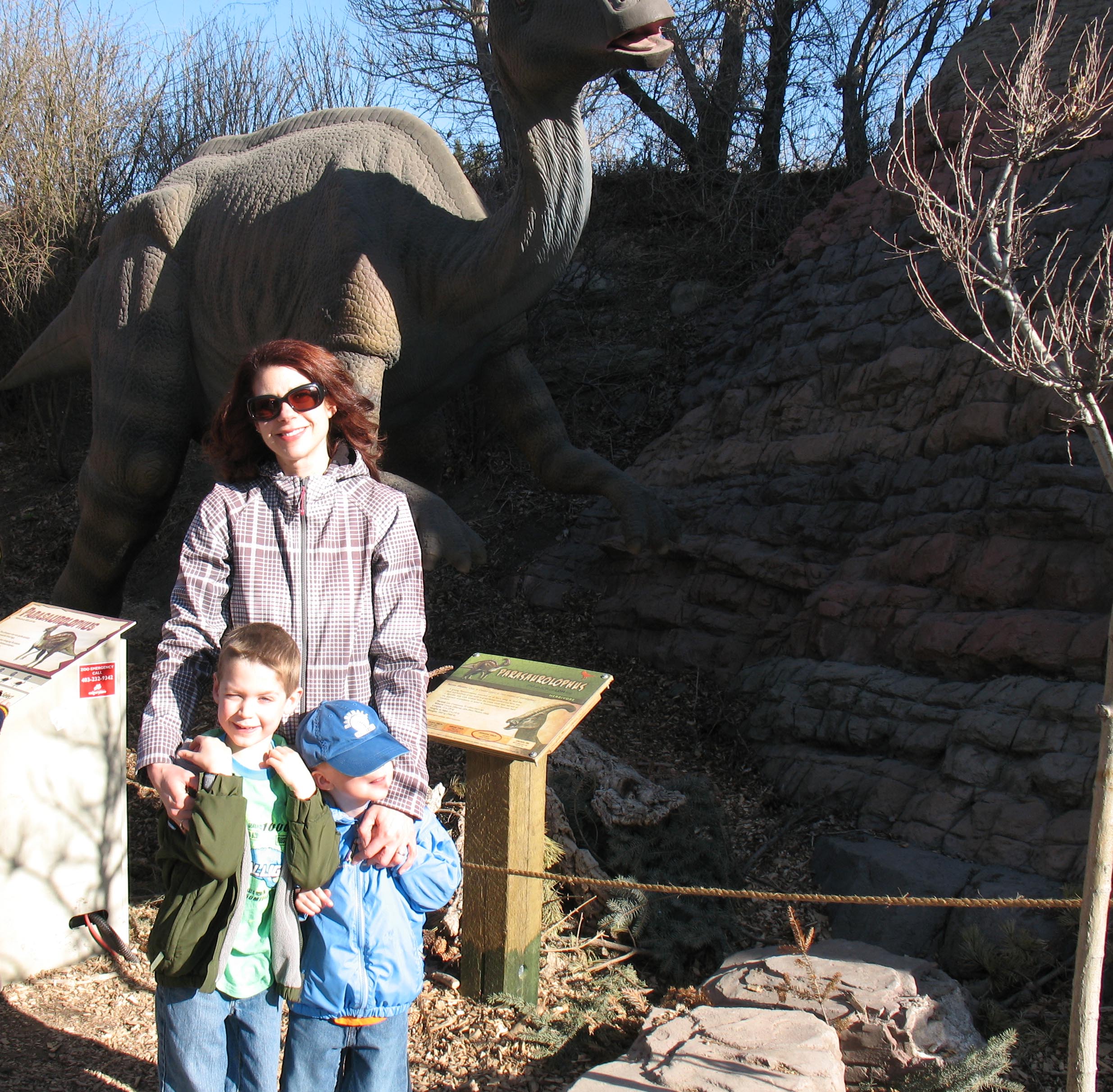 And this is them in front of the Parasauralophus now: 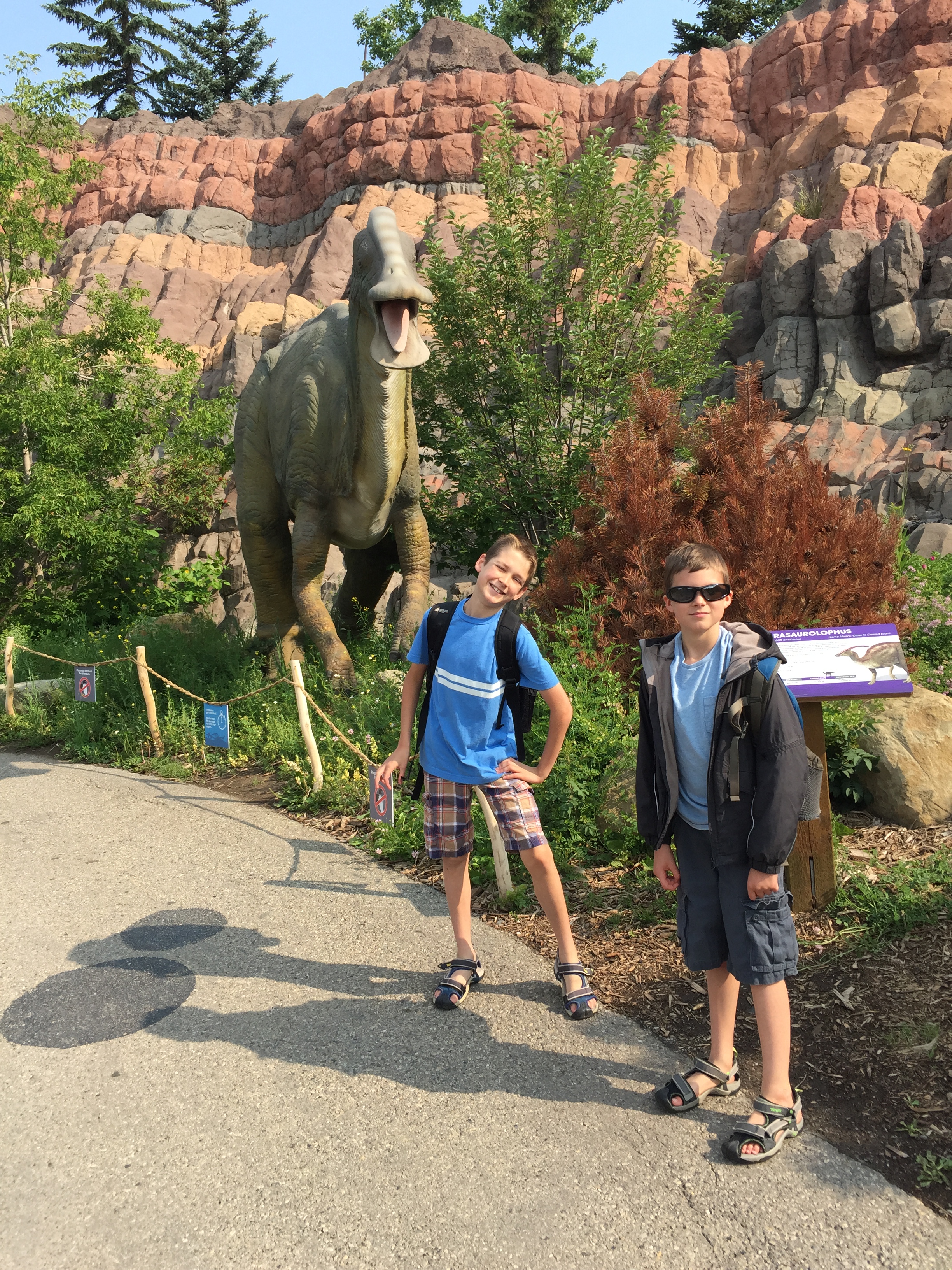 One thing that hasn’t changed over the years is Jake’s deep and abiding love of hippos. Remember Foggy, and how deeply we mourned him? Jake has grown to love Ghost, Foggy’s grandson, just as much. As a side note, Ghost is no longer actually called Ghost, but Lobi; however, in our house he has remained and forever will remain Ghost. 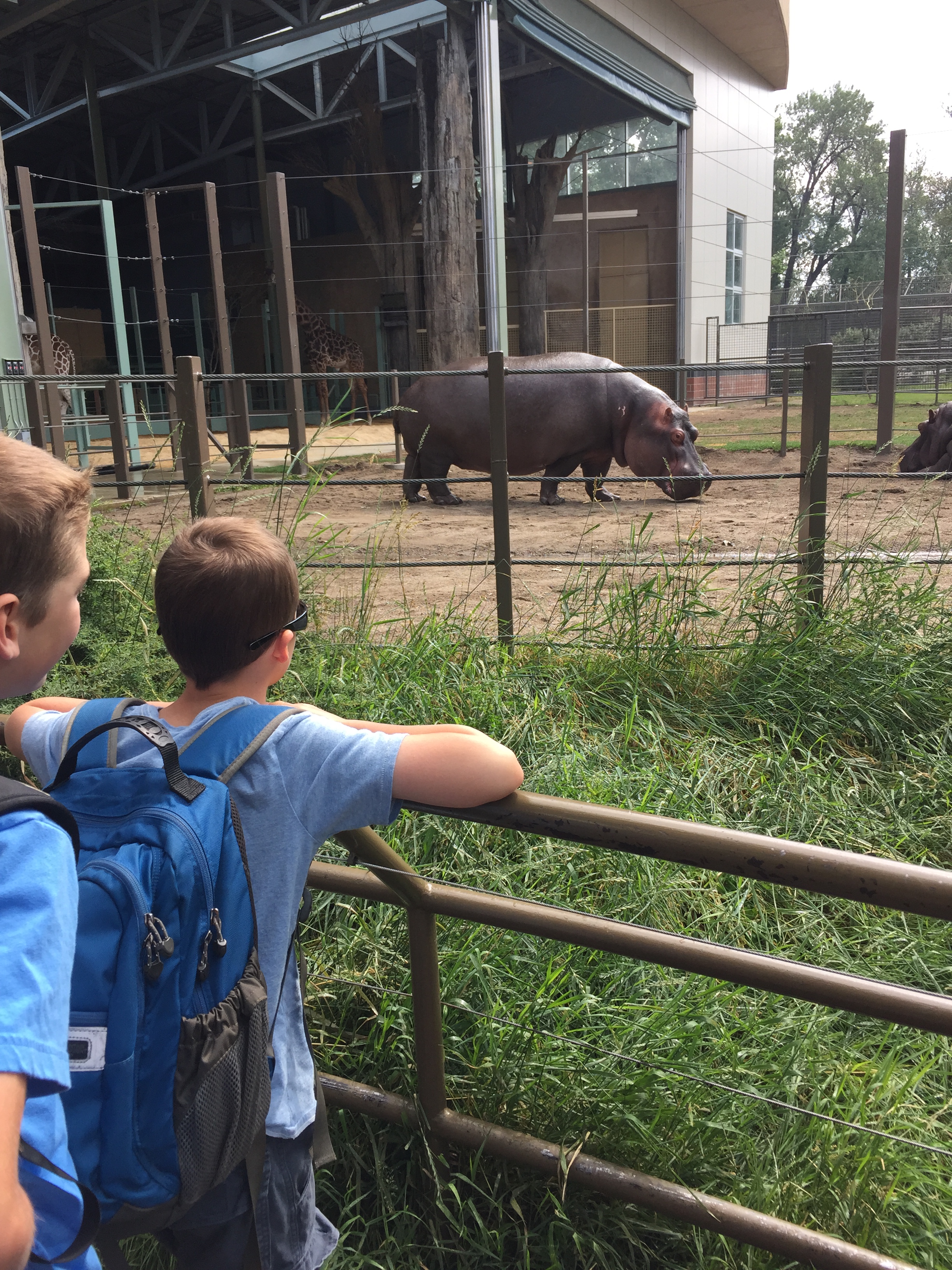 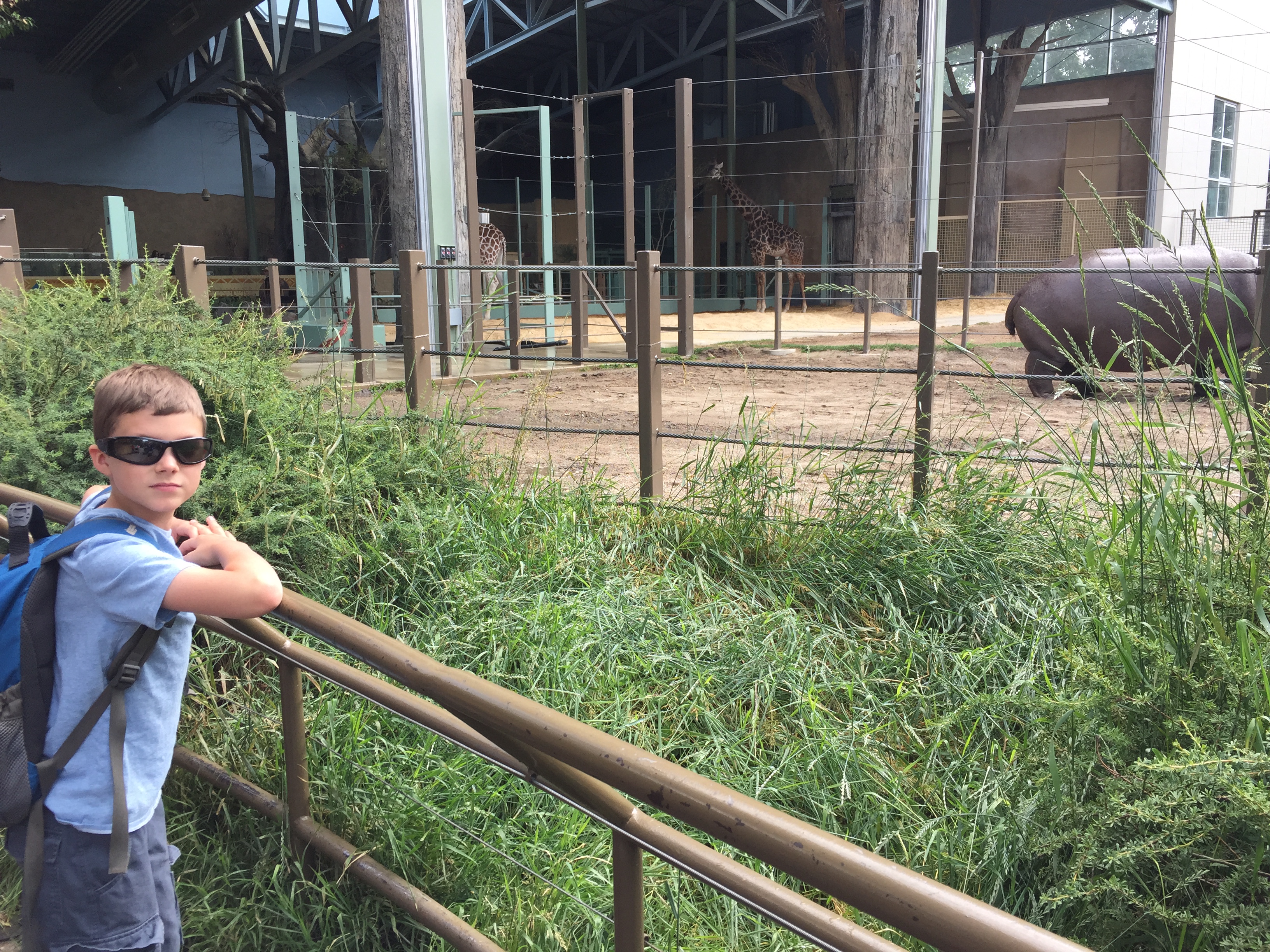 And I don’t know how it happens, I honestly don’t, but every single time we visit the zoo, something occurs that deepens Jake’s belief that he and the hippos are inextricably bonded. Today when we visited Ghost, the giant hippo turned around, looked at Jake, and wiggled his ears. When we were leaving, Jake said “Bye, Ghost,” at which point the hippo honked loudly. Cynics may think this is a silly coincidence, but I am not going to dispute Jake’s belief that he and the hippo are communicating. This is the kid who never believed in the Tooth Fairy or the Easter Bunny, and who stopped believing in Santa when he was in kindergarten. If anyone tries to tell him that he is not the Hippo Whisperer, I will stab that motherfucker, I swear I will.

On a much less violent note, yesterday I was invited to a Ladies’ Lunch in honour of my niece’s fifth birthday, and it was so nice! There were eight of us: her grandmas, aunties, big sisters, and her mom. Her other auntie also has two boys, and between the two of us, I thought we might steal the gifts to play with ourselves. I had given her a paper doll/ sticker book, and it was all I could do not to cut out the dolls and start dressing them up. The boys and I went shopping last week to pick it out and they could not have been less interested.

Me: Should I get the pink puppy one, or the dolly one?

Me: Really? Because this dolly one is really cute too.

Mark: Then get the dolly one.

Me: I’m just not sure which is cuter!

Mark: I’m going to look at the Percy Jackson books, come on, Jake.

Maybe I should have gotten the pink puppy one for myself.