I was walking the dog the other day when I ran into one of the young neighbour girls. She’s the youngest of three and the last to fly the nest; she told me that she was headed to university in Ottawa at the end of the month. I cannot even begin to tell you how unexpectedly this information affected me. I teared up as I told my husband about it. I’ve know her since she was a BABY, I said tearfully, ALL of their girls are gone now. GONE. I’m pretty sure I’m projecting my feelings about fleeting time, empty nests, and the general preciousness of life on this unsuspecting 18 year old.

All of which is to say: can you even BELIEVE it’s August 9? August is my month to cling to the last vestiges of summer, such as it is, even while some of the leaves are starting to change and I’m organizing my thoughts as to what we need in terms of school supplies and pants that actually fit the boys, the boys being in that odd teenage stage where they are tall and skinny and good luck finding 29/34 jeans in any store.

August is also my month to realize that I’ve gained weight, probably due to the fact that we always take a trip to see my mother-in-law at the end of July. What can I say, booze. This happens every August, but it was a bit shocking to see that I’ve put on seven pounds since the end of June. I’m HOPING some of that was water retention, but the long and the short of it is that it’s time to cut back on the boozy coolers.

Seven pounds in a month is one thing, but I have been very active, and so it feels a bit like a slap in the face. I guess the old adage you can’t outrun a bad diet is very true, but still. You especially can’t outrun a bad liquid diet, but hey. Needs must.

We all hiked up Big White on our trip, which is over 11 kilometres and 500 metres of elevation. I was impressed with the kids’ endurance level and also happy that my hip was fine with it. 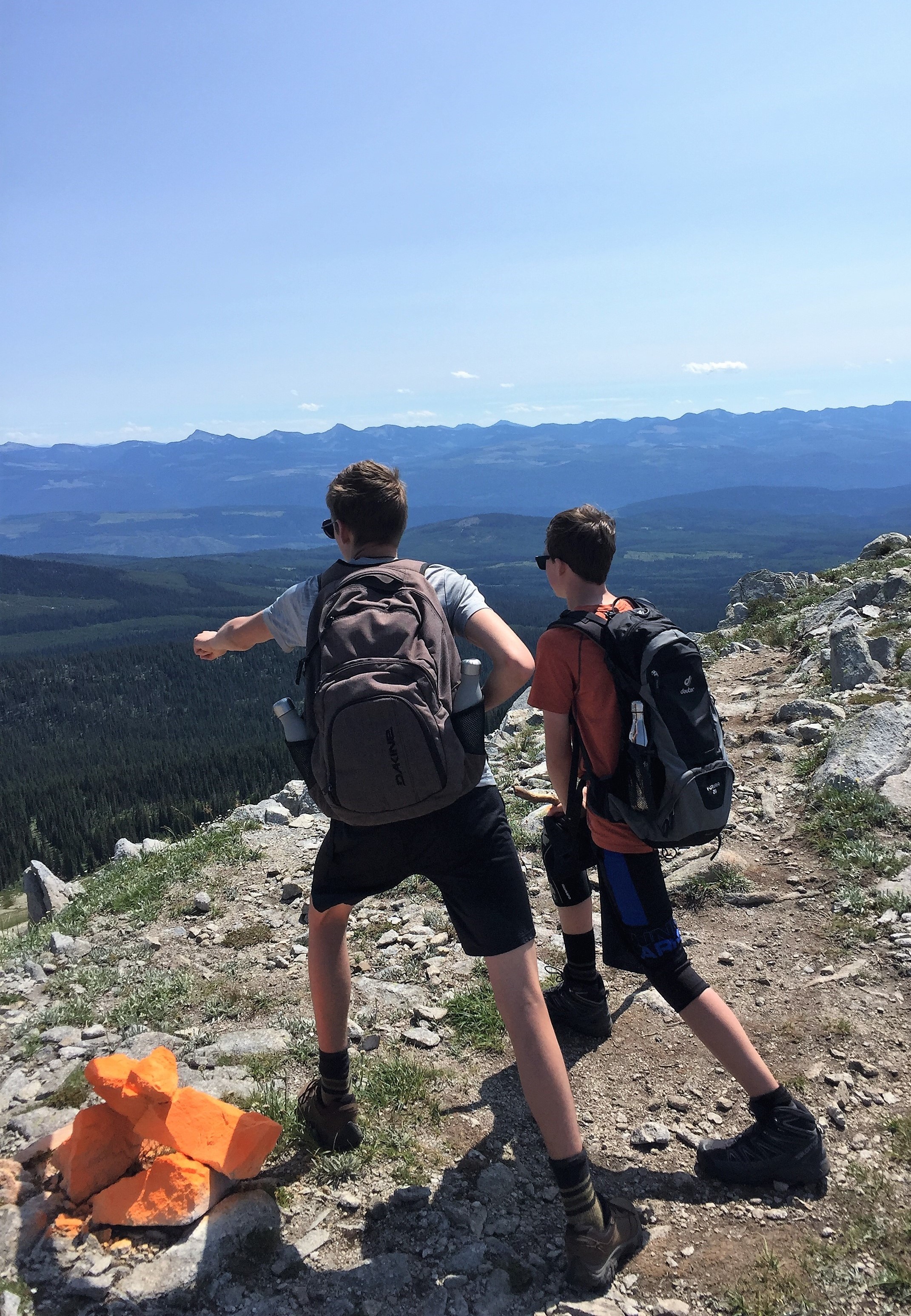 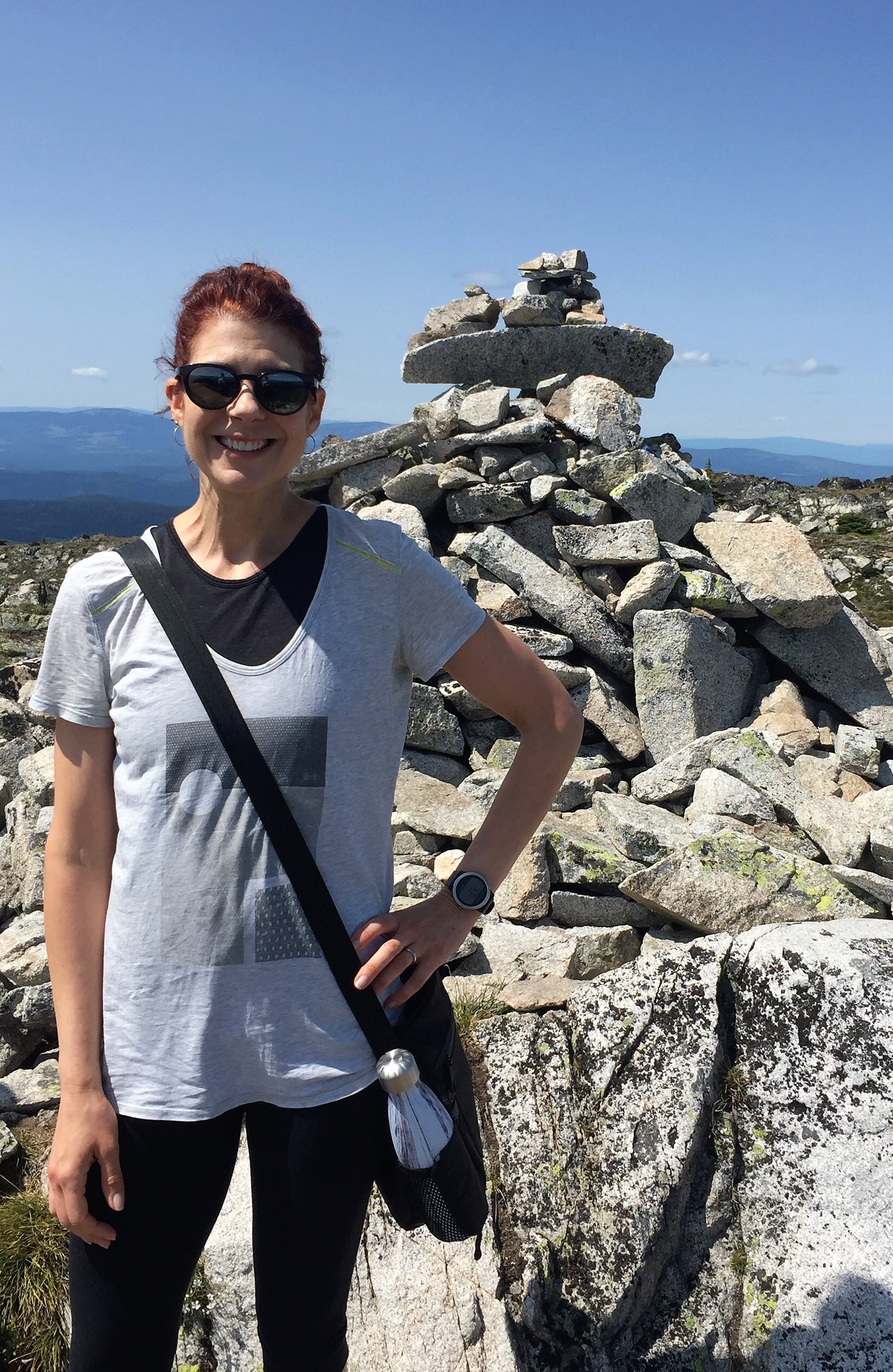 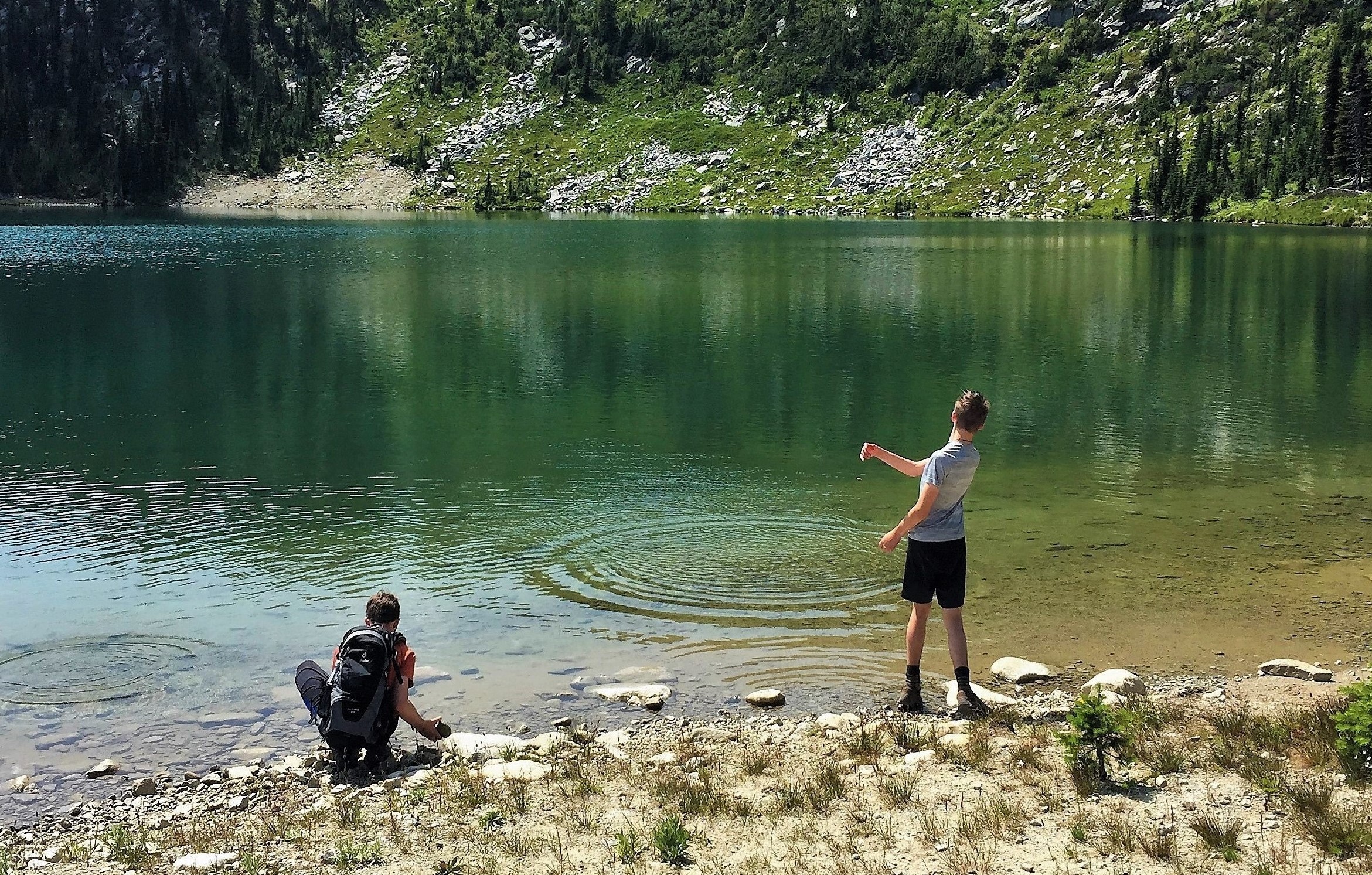 This week since we’ve been back has been a strange combination of Back To Routine and Fun Activities, which is giving me an odd, time-warp kind of feeling. Yesterday my friend and I took the boys to the mountains for a short hike; apparently it was too short as they complained that it wasn’t enough of a challenge. Well, game on, boys. I guess from now on it’s all endurance all the time. The hike was pretty though. 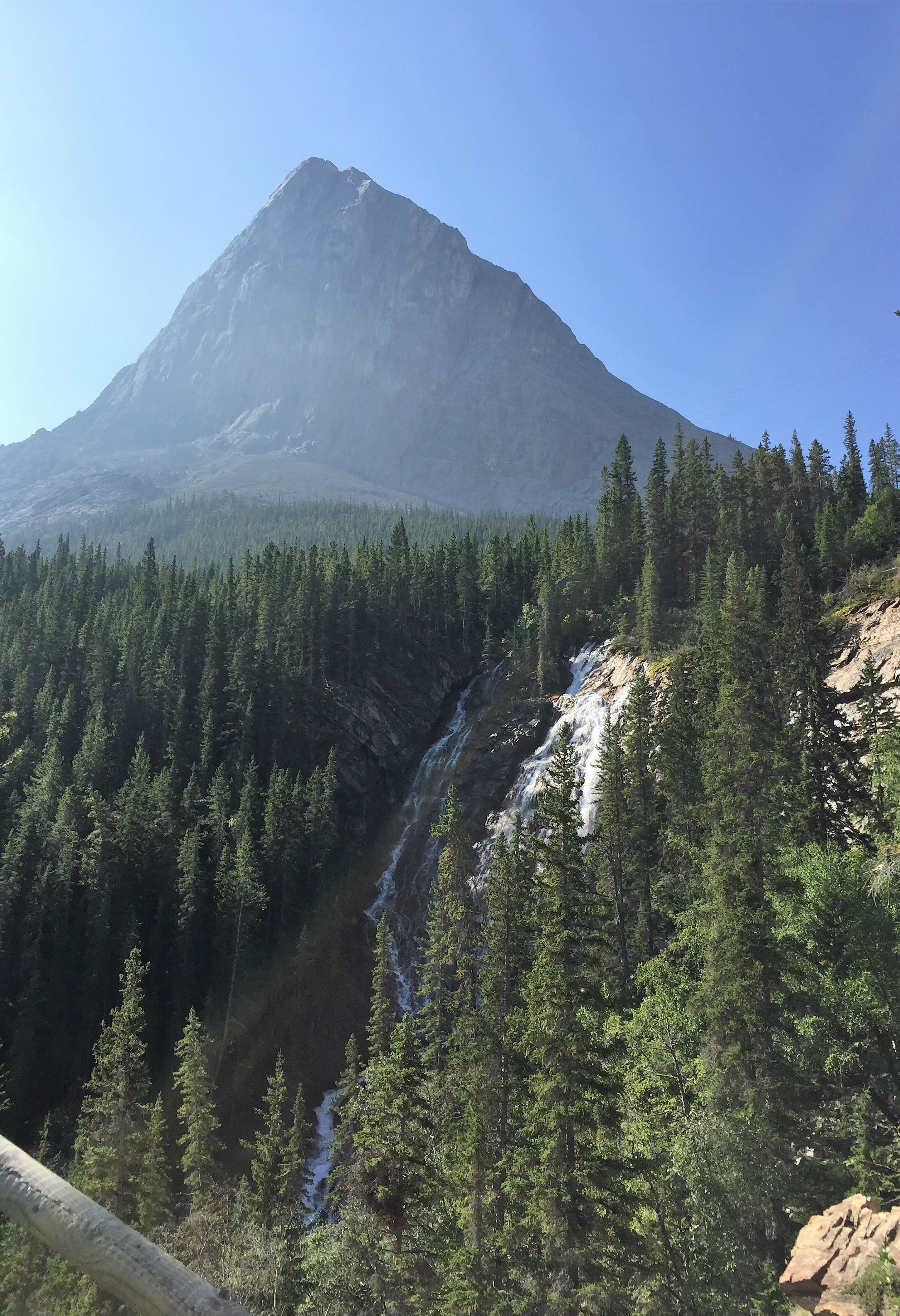 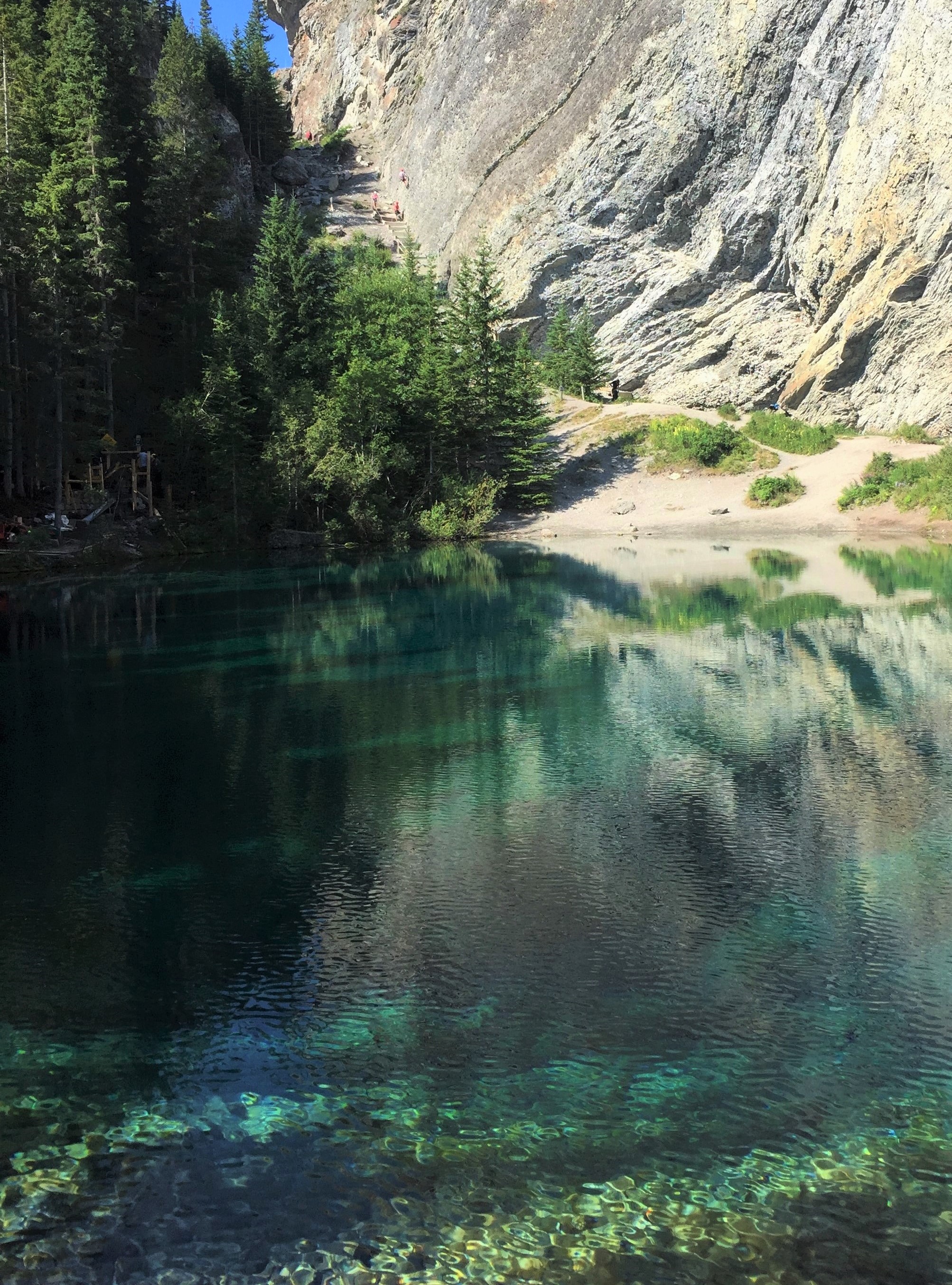 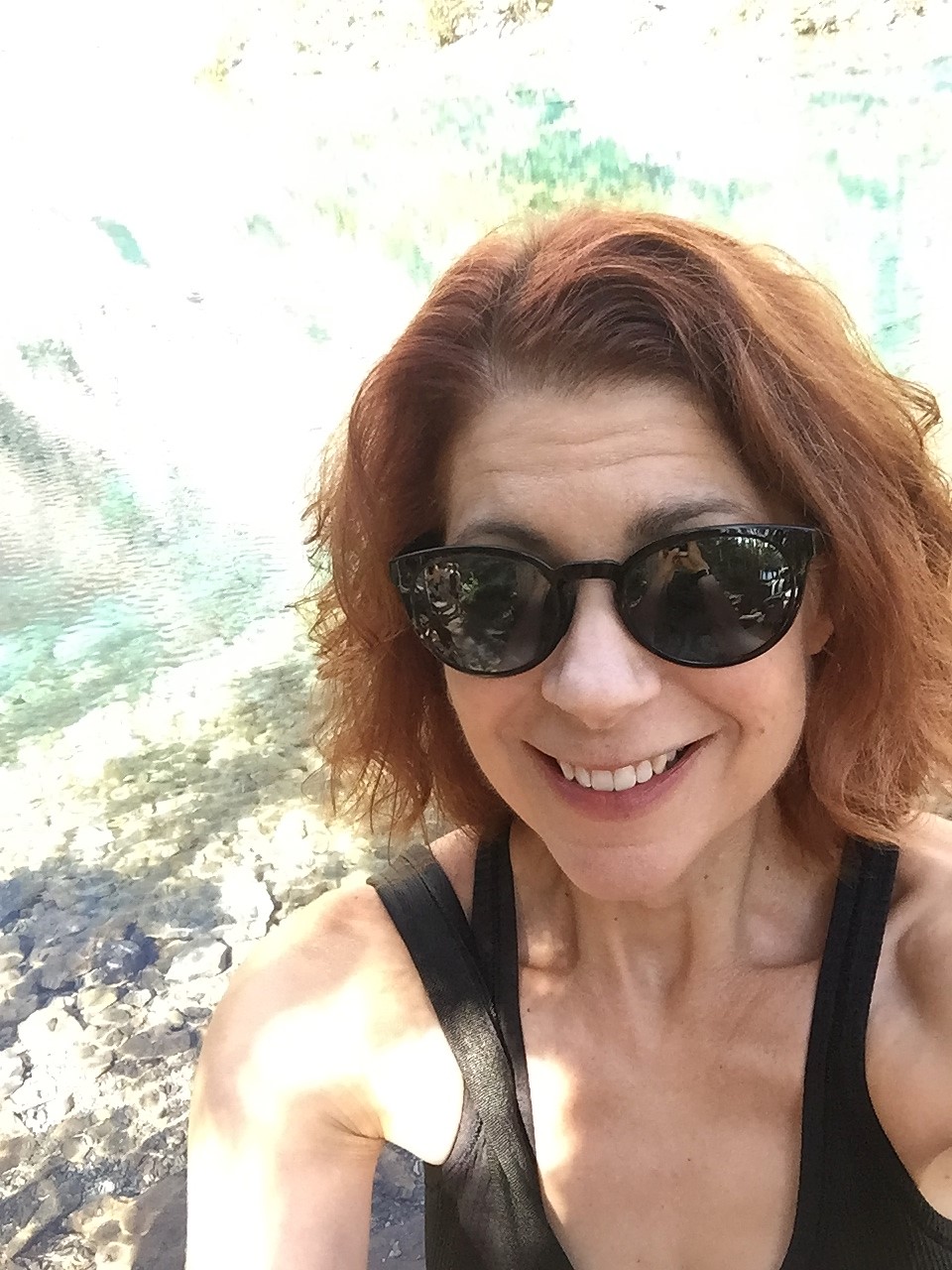 Tuesday I went back to teaching, my husband went out of town on business, and the boys went to a sleepover birthday party. Ten years ago I would have committed any number of criminal activities in order to have an evening to myself, but now it just feels kind of dull. Don’t get me wrong, I enjoyed making a special dinner just for myself – Greek salad and pita on a Tuesday! – but while I was reading in complete silence I realized I miss the dull-roar noise level of our house. At any given time a) my younger son is practicing drums, b) my older son is playing Iron Man on his electric guitar with the amp up high, c) the kids are talking in their Outside Voices, d) my husband is talking in his Regular Voice, and e) my husband is listening to Bloomberg and/ or Sport Centre. It was pretty quiet with just me and Barkley. I spent my evening reading, with a “clarifying and polishing” face mask and my feet swathed in cotton socks to keep the lotion on. Hashtag: living the glamourous life. 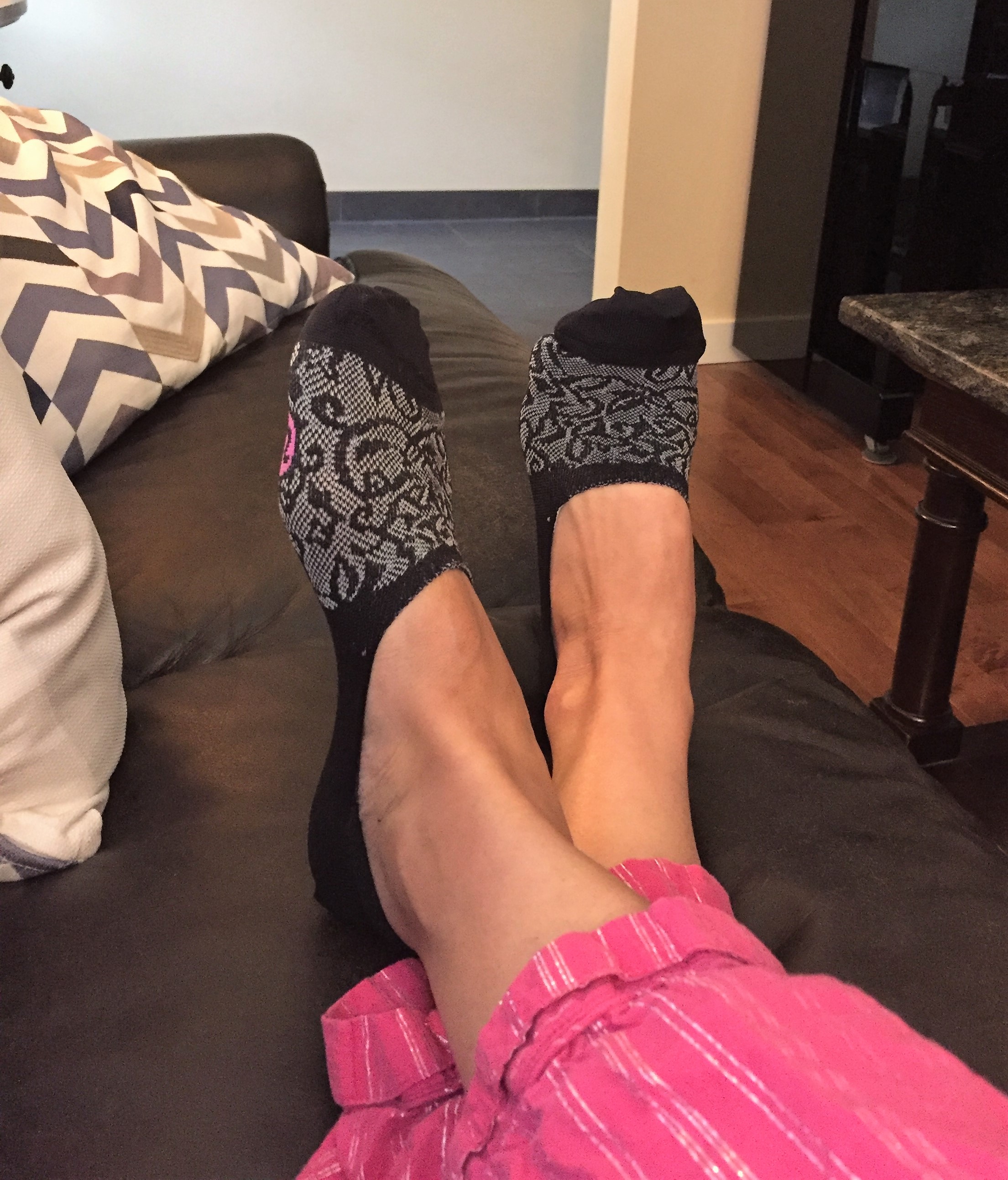 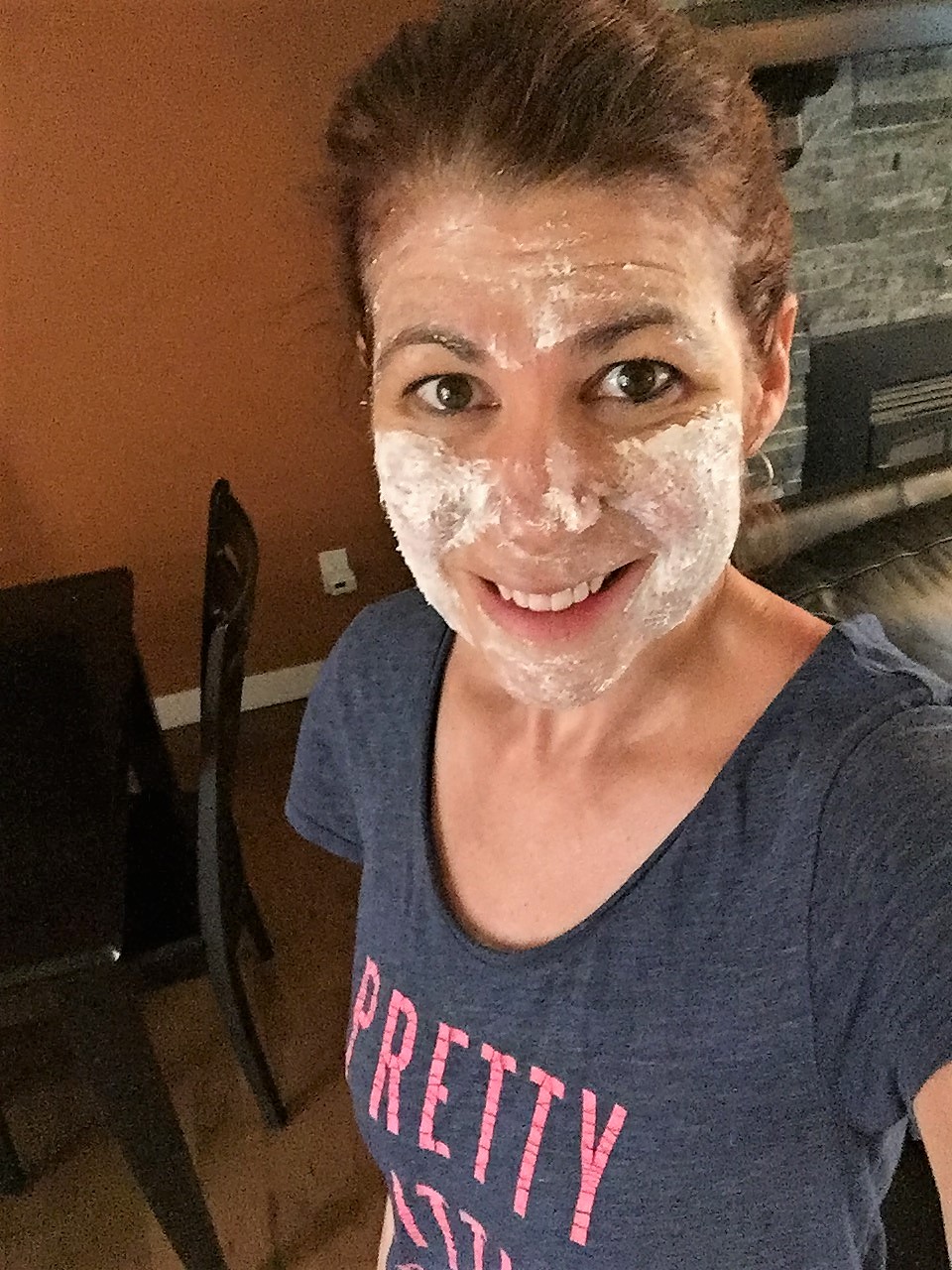 The cut of those socks remind me so much of my grandma and her penchant for Isotoner slippers. It makes me miss her so much. I can just picture her in her kitchen, wearing light-blue Isotoner slippers, capri pants, and a flowered blouse.

Speaking of blouses, the boys and I have been re-watching all six seasons of Downton Abbey in preparation for the new movie coming in September. Although, knowing me, we will see the movie when it comes out on Netflix. Anyway, we all love Downton, probably because of the terrible soap-opera story lines and fluctuating awfulness/ brilliance of the characters. I mean, what is UP with how terrible Lord Grantham is in seasons 3-4? Won’t someone PLEASE give Lady Edith a little bit of support for once in her whole pathetic life? How many deaths can be attributed to Bates, really? What does all this have to do with blouses? Well, some of the old-timey British sayings are just too awesome to not incorporate into daily conversation. “I jolly well WILL!” “Splendid!” “Oh, crikey.” But the very best line comes from good old Murderer Bates himself, when chiding Jimmy for over-reacting about Thomas’ moves. “Why are you being such a big girl’s blouse about it?” Everyone in our house uses the term Girl’s Blouse several times a day now, as it is possibly the greatest semi-insult ever. One only needs complain about the slightest thing to be immediately named a Girl’s Blouse.

Any other member of the family: Stop being such a big girl’s blouse about it.

My husband: I have a lot of meetings today.

Me: Why do you have to be such a girl’s blouse?

The city, as if to boost everyone’s self-esteem from being constantly referred to as a random article of women’s clothing, has put up signs everywhere with motivational sayings on them. “You can do it!” I’ll see as I’m driving down the freeway. “You made a difference today!” I’ll see posted as I’m coming out of the Superstore parking lot. I like the idea behind it but I’m puzzled as to where they came from. It’s like the world is conspiring to make us feel good about ourselves, which is lovely. I was unwrapping a vitamin C drop and noticed that it, also, is concerned about my self-esteem. “Don’t give up!” it told me. “March forward!” Well, crikey. I jolly well WILL march forward, thank you very much. But not too quickly; August is speeding away as it is.