My husband really, really enjoys watching sports. He is what I would consider a Huge Fan of the Patriots, but that doesn’t stop him from enjoying many other teams and sports. In fact, I would say that he follows every single sport on the planet. His knowledge of sports is quite uncanny; you would really want him on your team if you were playing Trivial Pursuit, because General Sports Knowledge is his thing. He knows the answer to EVERYTHING in that category, and not just the Superbowls and Stanley Cups and NBA Championships and World Series, no, he knows boxing and horse racing and car racing and tennis, he knows UFC and Olympic outcomes in all categories. It’s impressive, really. Who won the Kentucky Derby in 1982? Who won the Men’s Hockey Gold Medal in 2010? Who defeated Mike Tyson in 1996? The only thing I can compare this knowledge to is mine for calorie counts. Remember in Bridget Jones’ Diary, when asked how many calories in a banana, she responds “Small or medium?” That’s me.

Sports are the only reason we have cable TV, and so this is a sad loss for Mr. Boyhouse. He has been watching some old Patriots “Greatest Games” on the sports channel, but it’s not the same. The other day he turned the sports channel on and there was wrestling and by god, he watched it for a few minutes. WRESTLING. Old school, that-guy’s-name-is-The-Undertaker kind of wrestling. I kid you not, the other evening there was a Tetris tournament on the sports network. End Times Indeed.

With my husband working from home all day long has come the advent of All Day Business News Network. I will tell you my absolutely favourite thing about BNN is that all the experts are – of course – isolating and are filming from home. I am a nosy kind of person and so I find it very interesting what people’s homes look like. I particularly loved this guy: 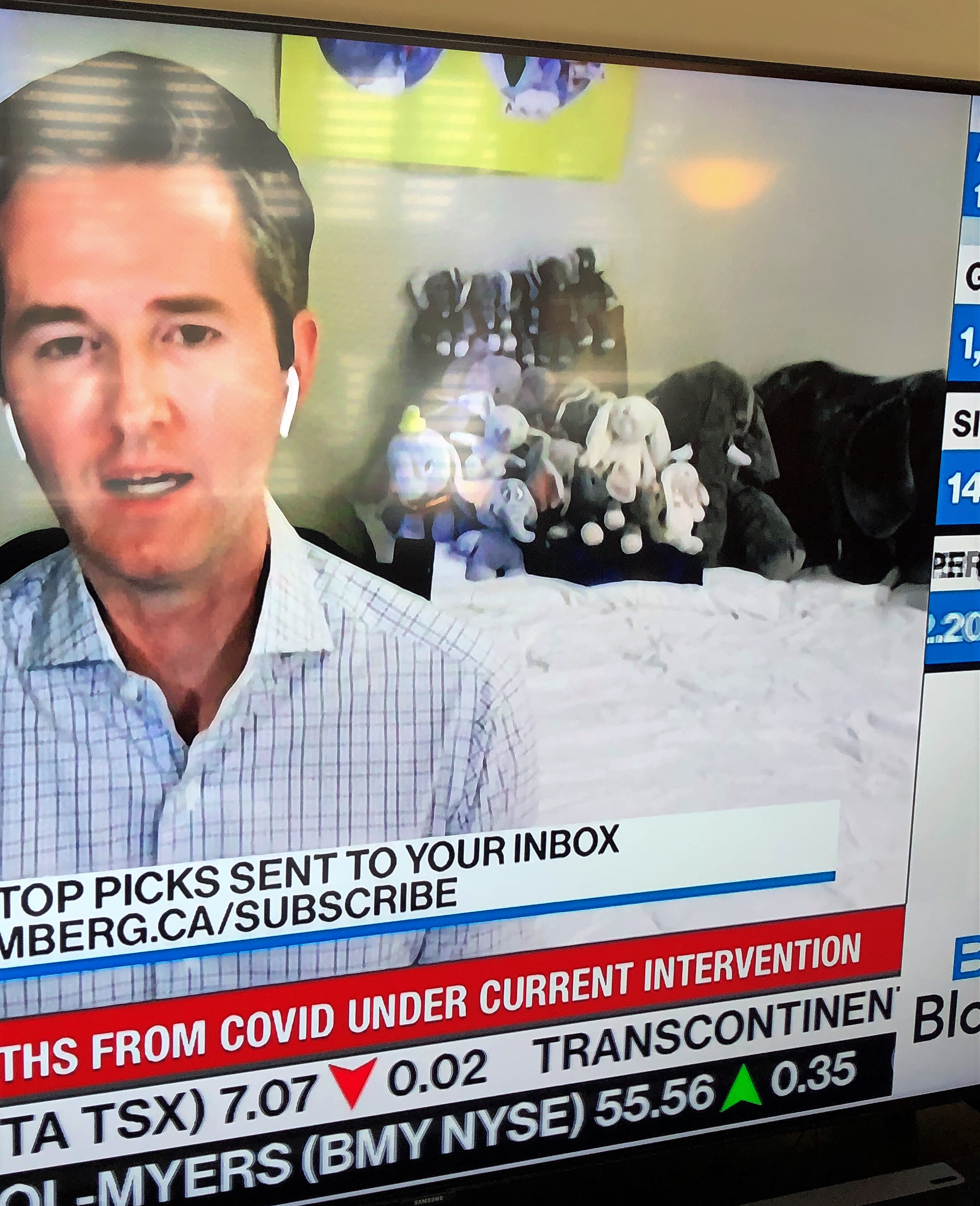 Either he has a small child or he is really into stuffed elephants. Either way, I approve. Elephants are awesome.

Alarming Issue of the Week

My coffee maker has started leaking. Every afternoon when I start my dinner preparations, I fill it with water and coffee grounds, so that in the morning I can just turn it on. I do not ever – nor will I ever – use the Timer Start function, mostly because I have a fear of fire and so unplug any small appliance that has heat capacity immediately after use. I just want to turn on the coffee pot and have it make coffee. Now, however, after a solid eight years of service, the maker has started to leak so that if I fill the pot, there is approximately one less cup when I brew it.

Slight digression: if my mother-in-law still has a functional chest freezer that she got as a newlywed in 1962, why can’t I have an appliance that will last for even one fifth of that time? Is that too much to ask?

It hasn’t reached True Emergency levels yet; the coffee is still being brewed. No one is getting stabbed. Yet. But I feel that this leak is an important Warning Sign and if ignored – to quote the Phantom of the Opera – a Disaster Beyond Your Imagination Will Occur.

In other words, I am currently researching coffee makers from businesses that will deliver. I briefly looked at Amazon, but a coffee maker is not a prioritized item which, what the hell, Amazon, have you been in my house? and so it would not arrive until the beginning of May, at which point Things Could Reach Grave Levels. The Bay looks like a likely place to order; my husband suggested I could go to Canadian Tire but honestly, is it a Leave The House Emergency? I am guessing NO.

Now, I know some of you will immediately want to recommend fancy things like a French press or some kind of cold brew or espresso maker, and I love you all, but NO. When it comes to coffee, I am strictly a Quantity Over Quality kind of girl. I just want 10-12 cups of not-very-strong drip black coffee made from Kirkland brand grounds, to be consumed between 5:00 and 7:00 in the morning. I don’t want a timer. I don’t want to grind my own beans. I don’t want to savour every sip. I just want a massive amount of coffee to pour down my gullet and then I want to get on with my day.

Anyway, I will keep you posted.

After I finished the Mists of Avalon, I wanted a few quick, light reads. Mission accomplished! 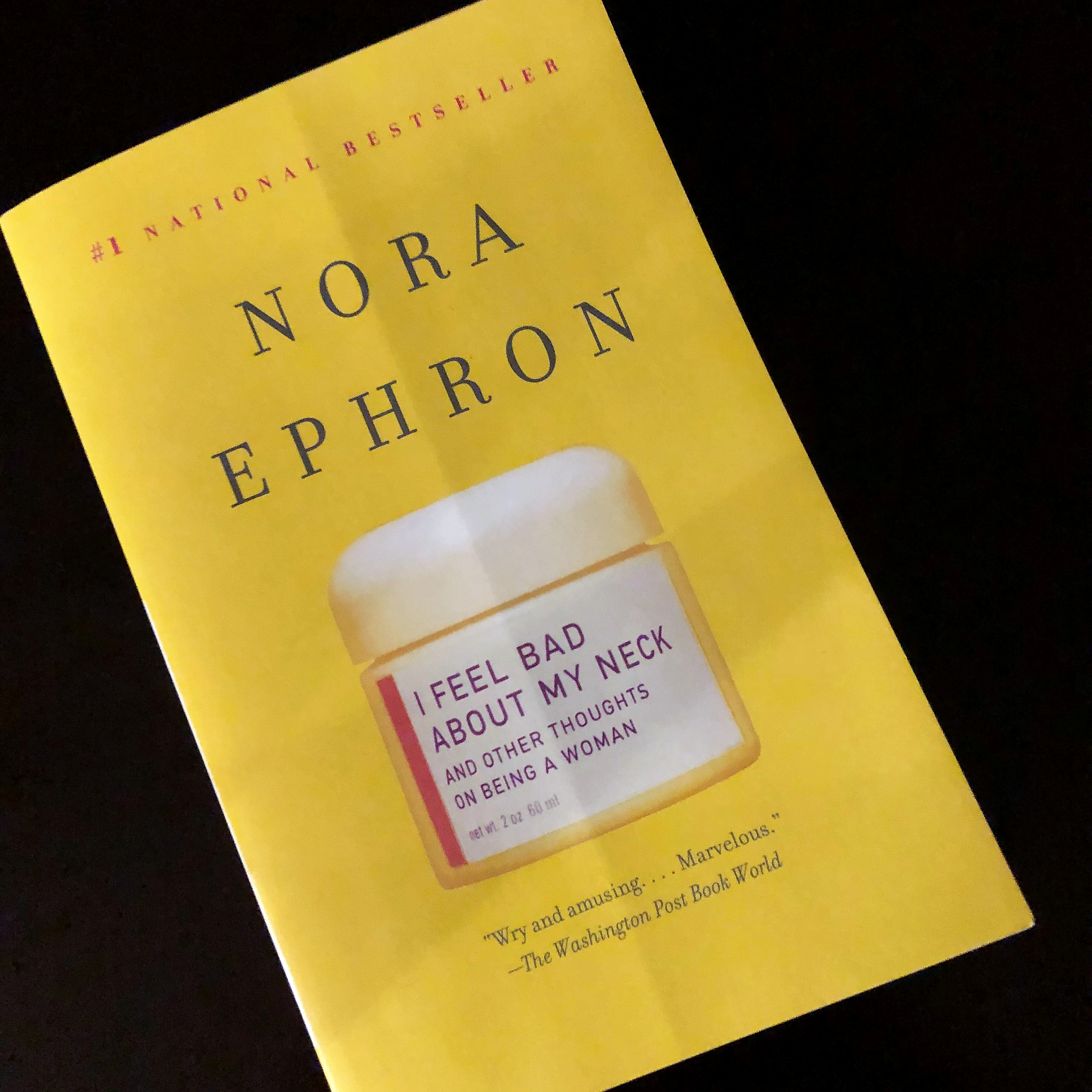 Not only did Nora Ephron write my favourite movie ever made – When Harry Met Sally – but I really love all her essays. This collection, about being a woman of a certain age, is simultaneously life-affirming and hilarious. For the record, I also feel bad about my neck. 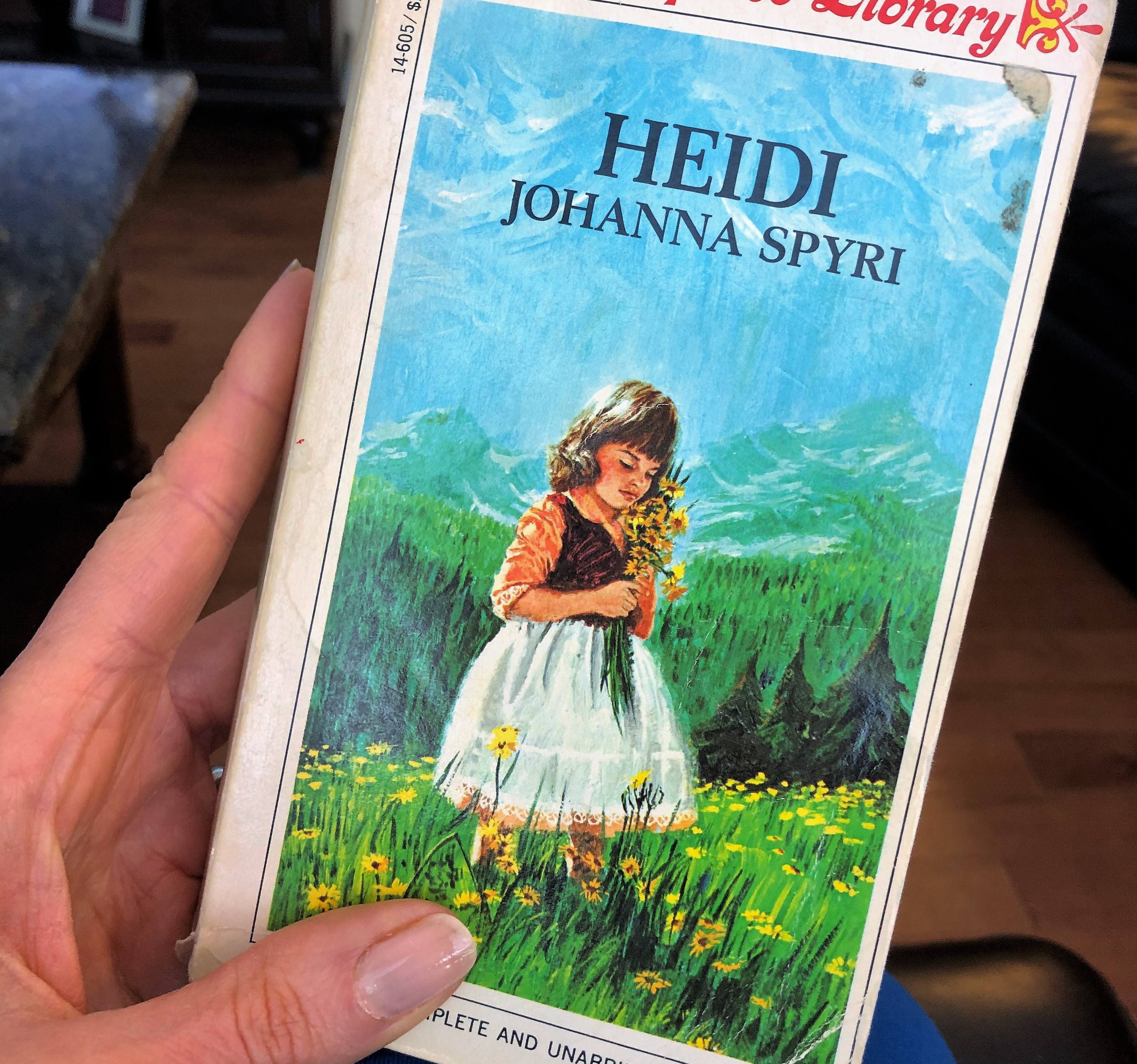 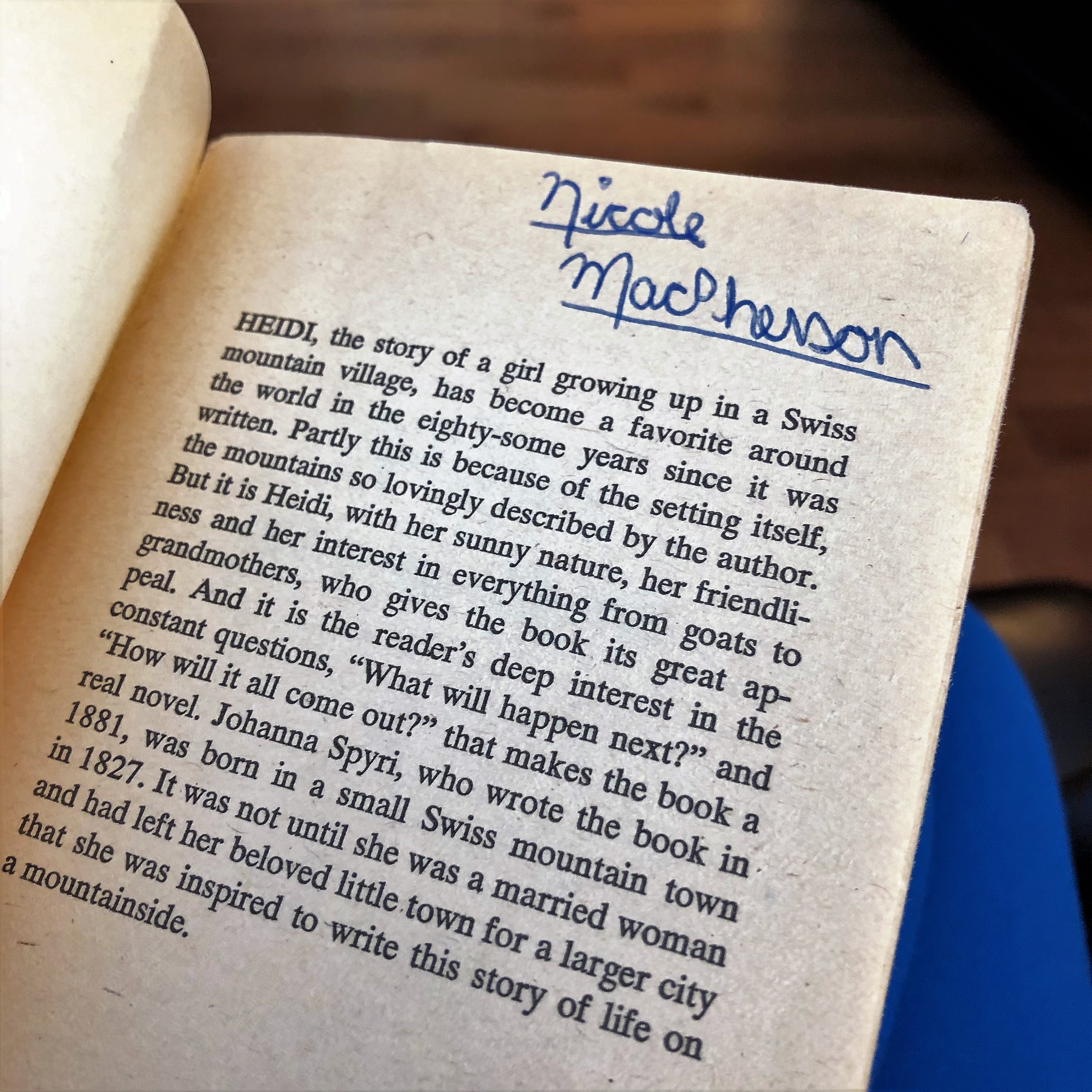 Revisiting childhood favourites can be FRAUGHT, let me tell you. I loved this book so much as a child – check out my third-grade signature – and I can see why. The descriptions of the beauty of nature alone are worth the read, and I remember desperately wishing for a hayloft to sleep in. But HOO BOY is this book dark. The backstory of how Heidi goes to live on the mountain with her grandfather is nuts. First, she is orphaned at age one as her father gets crushed to death by a beam as he is helping to build a house, and her mother subsequently dies “of grief.” Her aunt and grandmother care for her until she is five and her grandmother dies. Her aunt has the chance to go into service with a wealthy family – she was a chambermaid at “the baths” – and so takes her to her hermit grandfather who terrifies all around him. She leaves him there with the thought that hey, children’s lives are uncertain, so if something should happen…

THEN the aunt comes to collect her three years later, to take her to Frankfort to be a companion for a wealthy invalid girl. Again, if something should happen to this invalid girl, this could spell Easy Street for Heidi. Heidi is so homesick and sad in the Big Apple of Frankfort that she stops eating and wastes away to nothing. She gets sent back to the mountain. The invalid girl and her grandmother come to visit, Peter the Crazy and A Little Slow Goatherd throws her wheelchair down the mountain in a jealous fit, which turns out to be a Blessing as she re-learns how to walk. But that’s not all! The wealthy doctor from Frankfort comes to visit and is so cured of sadness – his daughter is also dead – that he agrees to make Heidi his heiress/ companion when her own grandfather eventually Meets His Maker and she is left alone. There is a very strong Christian theme throughout, and, as with all children’s books of the time, it has a lot of morals thrown in. INTENSE. 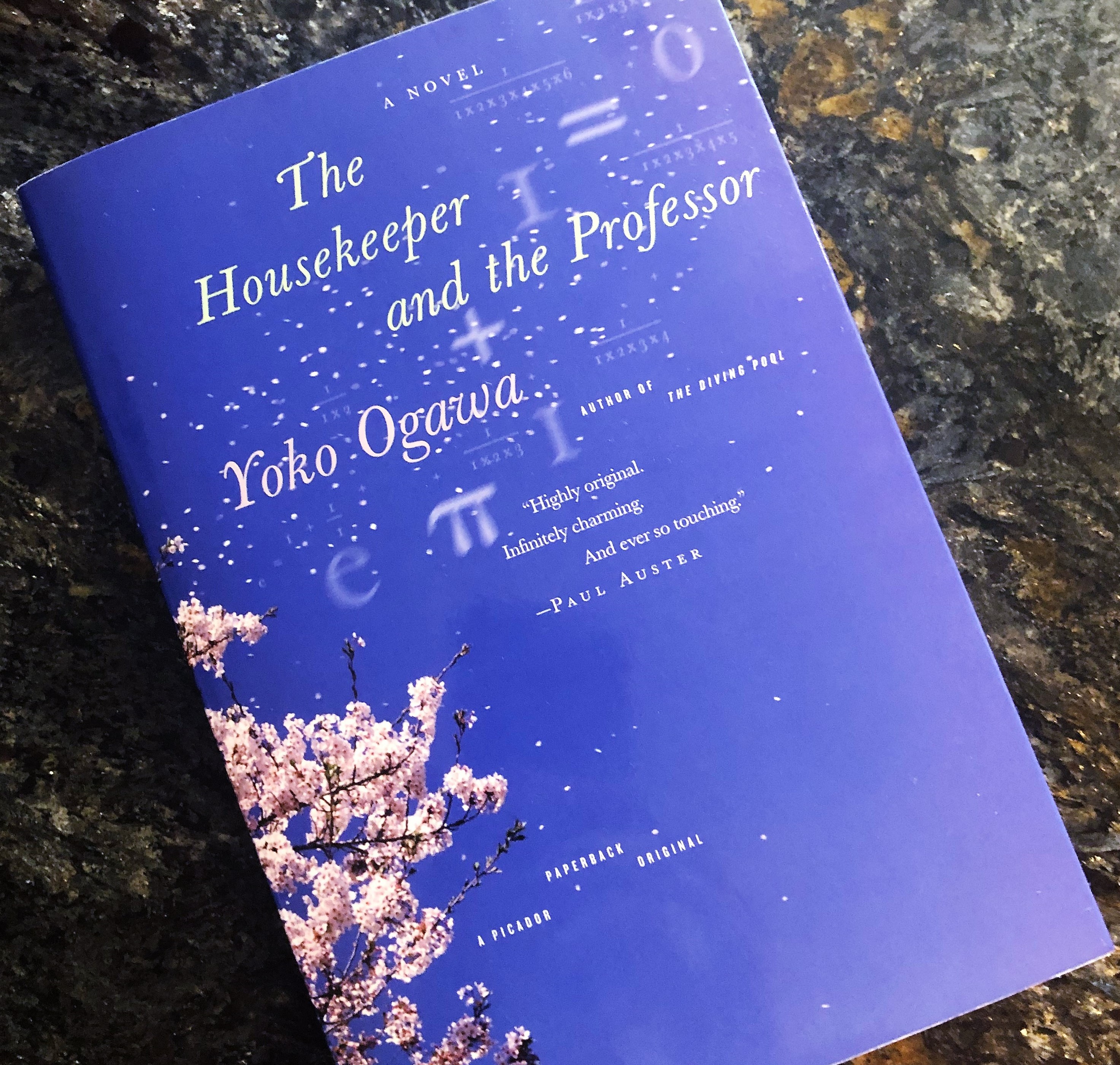 On a much lovelier note, this is a GORGEOUS book about the beauty of mathematics and inter-generational friendship. 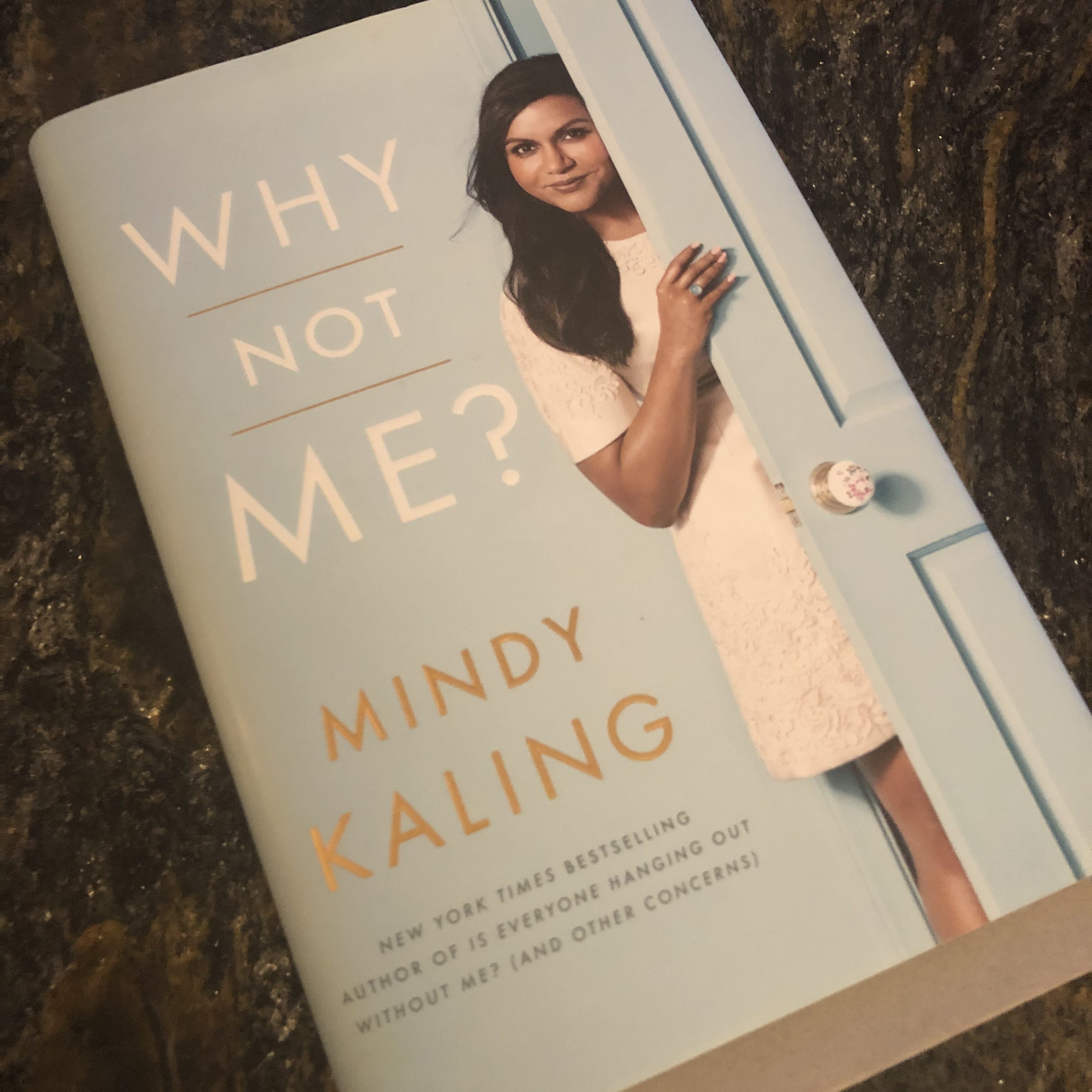 Yesterday was a difficult one for me, and this happy, funny book helped me through.

This Week In Gentle Yoga

Speaking of seeing what people’s houses look like, check out my basement!

My steps and miles were slightly lower this week; yesterday was a sluggish day. But I still got my marathon in, barely! 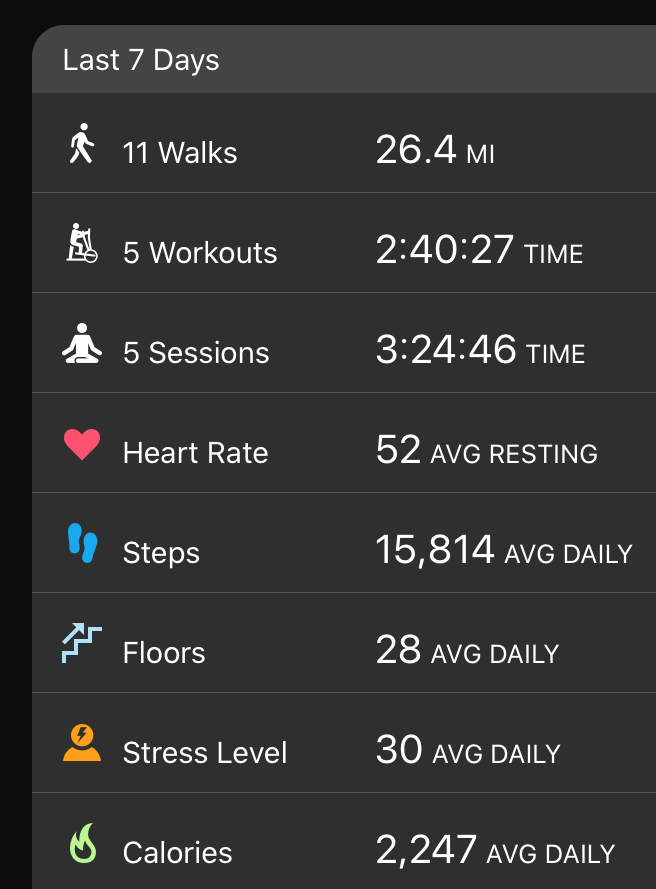